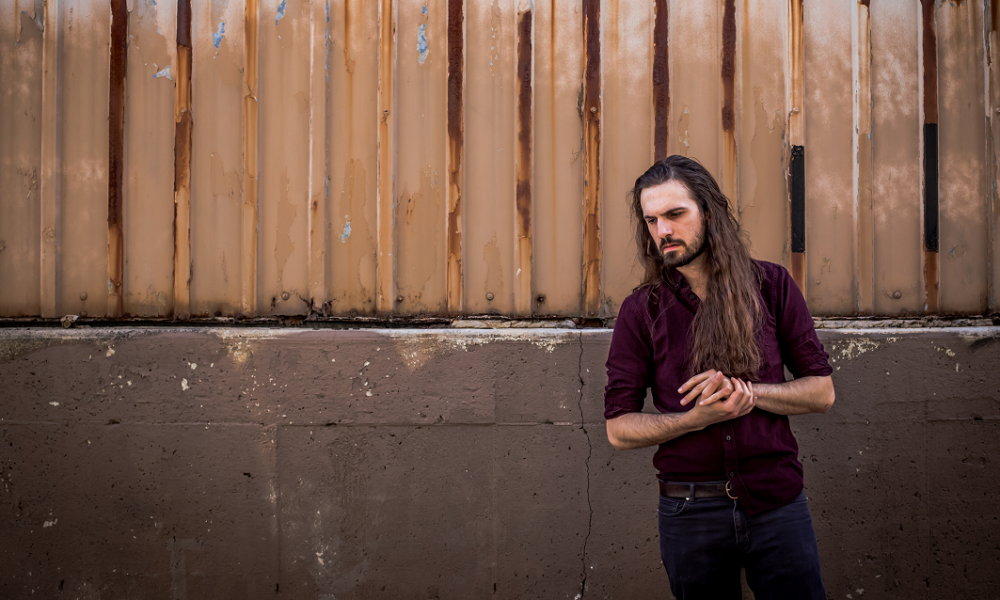 Today we’d like to introduce you to Winslow Dumaine.

So, before we jump into specific questions about the business, why don’t you give us some details about you and your story.
I’m an illustrator and stand-up comedian out of Omaha, Nebraska. I moved to Chicago about a year ago to further my career. When I first moved here, I had few artistic or professional connections in the city, so I spent most of the summer selling artwork in Wicker or near Millennium Park. I spent my days selling prints of my drawings to passersby. I’d draw and sell all day, and hit open mics at night.

This afforded me a lot of time to develop my main project: a re-imagined deck of tarot cards called The Tarot Restless. I started designing the deck while living in Omaha, and I finished after moving to Chicago. I illustrated all 78 cards by hand, and wrote a book with short stories for each card. The deck is inspired by heartbreak, abuse, betrayal, and the strong women who helped me recover after the end of a toxic and manipulative relationship. These themes resonated with many people; before the deck was complete, I was able to pay my rent by selling poster prints of finished cards. When the deck was done, I started a Kickstarter campaign to have made into a real deck of tarot cards. I started with a goal of $1000, and ended with nearly $15,000 raised in 30 days.

I quickly sold out of the first edition of the deck and printed a second run. I used some of the proceeds to create a line of enamel pins, fabric patches, and buttons, and I have been able to book standup comedy shows throughout the country. I love making art, and I love taking things like tarot cards, enamel pins, or standup comedy – items that tend to thematically light, optimistic, or soft – and re-imagining them in my style of high-grotesque morbidity.

I take inspiration from horror visionaries like H. P. Lovecraft, Zdzisław Beksiński, and Gustave Doré, from video games like Silent Hill and Dark Souls, and a lot of extreme death and black metal bands like Leviathan, Lingua Ignota, and Gnaw Their Tongues. My goal as an artist is to present suffering as a complete picture: to express the experience of pain or heartache as overwhelming, alienating, and deeply disturbing.

The fact that I have accomplished any of this is a genuine surprise; my whole life, I thought my art was too gross, too horrendous, for public consumption. I moved to Chicago and found that I fit right in. I took my most painful experiences and expressed them unfiltered, as something profoundly sickening and raw – and I found a community of people who understand my grief and support my work.

Has it been a smooth road?
The entire process is a struggle, but if I thought it would be a smooth road, I would not have taken it.

My artistic approach is fueled by suffering and angst. I started comedy because I wanted to express heartache, and I created The Tarot Restless after I watched a thirteen-year long relationship tear itself apart. I tend to lose myself in love, and when that structure is gone, I have to rebuild. When my relationship ended, I suffered terribly, mired in my mental illness and self-destruction. I still yearn, as I always will, but I know that I have used my pain wisely. If I don’t suffer, I have nothing to say.

To translate an established body of work into a sustainable business, I think the main goal is in identifying exactly what people like in your work. While it is true that some people will buy artwork that drenched in explicit suffering and terror, for wider success it has to be at least somewhat accessible to the layperson. You can create a more fully envisioned aesthetic, or brand identity, by expanding thematic diversity.

Much of my work is inspired by infertility, and while this is a rather specific subject, I can expand it by exploring the implications of the condition. I started with the anatomy of infertility, which lead me to the associated sense of body horror, and then to the heartbroken yearning for a family, and then to the cosmological conflict with nature – the feeling that you are a defective organism, all under the grand theme of infertility. If I’m telling someone about a piece I’ve made and I say, “This is about infertility,” most people wouldn’t be interested. If I say, “This is about a sense of detachment from your body, a deep, physical wrongness that will never be made right, and the isolation that comes with profound grief,” there are more people who will respond.

You have to meditate on your pain – really delve into it, exploring all the permutations and implications. Only a few people will feel completely in tune with every facet of your work, but if you pour a lifetime of experience into a well-produced and multifaceted work – like a tarot deck with a book of stories – you’ll see a much greater response.

Everyone has pain, and almost everyone carries resentment, but I don’t think that’s a bad thing. Resentment compels me to work harder, to do more. The people who have hurt me would laugh if I failed – so I must push myself ever harder. Ensuring that they don’t get the last laugh is the venom that drives me. I use art to encapsulate this bitterness. The same way people commiserate over bad exes or backstabbing friends – this shared animosity is something we should celebrate. For me, revenge is the best living well.

So, as you know, we’re impressed with Degenerate Art – tell our readers more, for example what you’re most proud of as a company and what sets you apart from others.
My business is my artwork – I call it Degenerate Art. I illustrate and arrange almost everything by hand; I do primarily ink illustration and collages from old medical and history books. I convert these images to fabric patches, prints, tarot cards, enamel pins, and buttons, and I sell them in shops like Wolfbait and B-Girls, Uncharted Books, and Volumes Book Café, among others.

Outside of a few commissions, my business is supported entirely by my own visions, my own personal work. This is a luxury afforded to very few artists, and I am deeply thankful for it.

From what I’ve gathered, my work is known for being both beautiful and horrendous. A few have described it as “nightmare-fuel”– something I’m very proud of. I think that is what sets me apart, as well – I feel like I walk a very fine line between modern aesthetic beauty and morbid grandeur.

Let’s touch on your thoughts about our city – what do you like the most and least?
There is so much to love about Chicago: the vast diversity of cultures, the food, the countless comedy shows and likeminded artists. Chicago is a breathtakingly beautiful city. I love the grit, too: I grew up in the rust belt, surrounded by abandoned factories. Chicago has that patina of decay I so crave.

I don’t know that I have anything I like the least – I will always want things to be more equal, to be safer for others, and for prosperity to be available for all. I’ve not lived here long enough to comment on how to make this a reality, though. 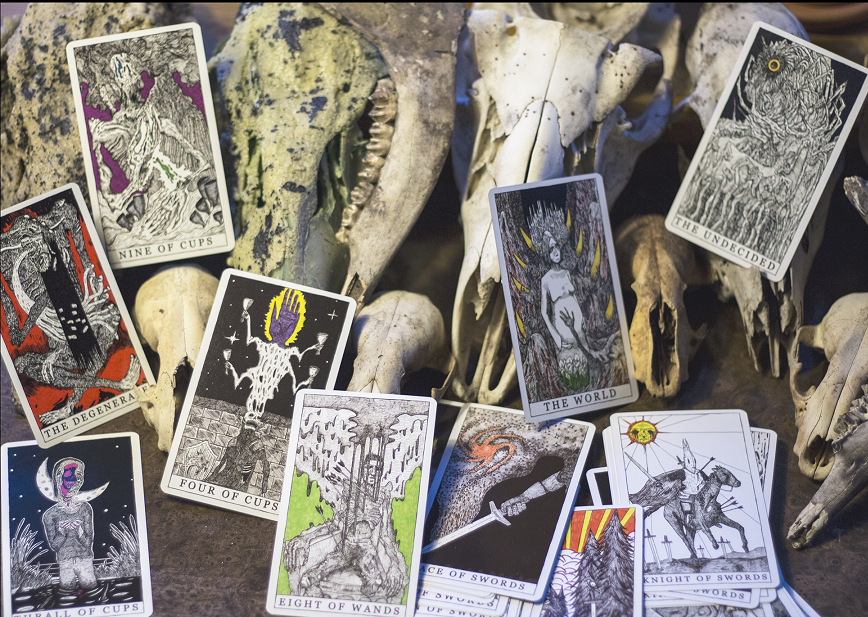 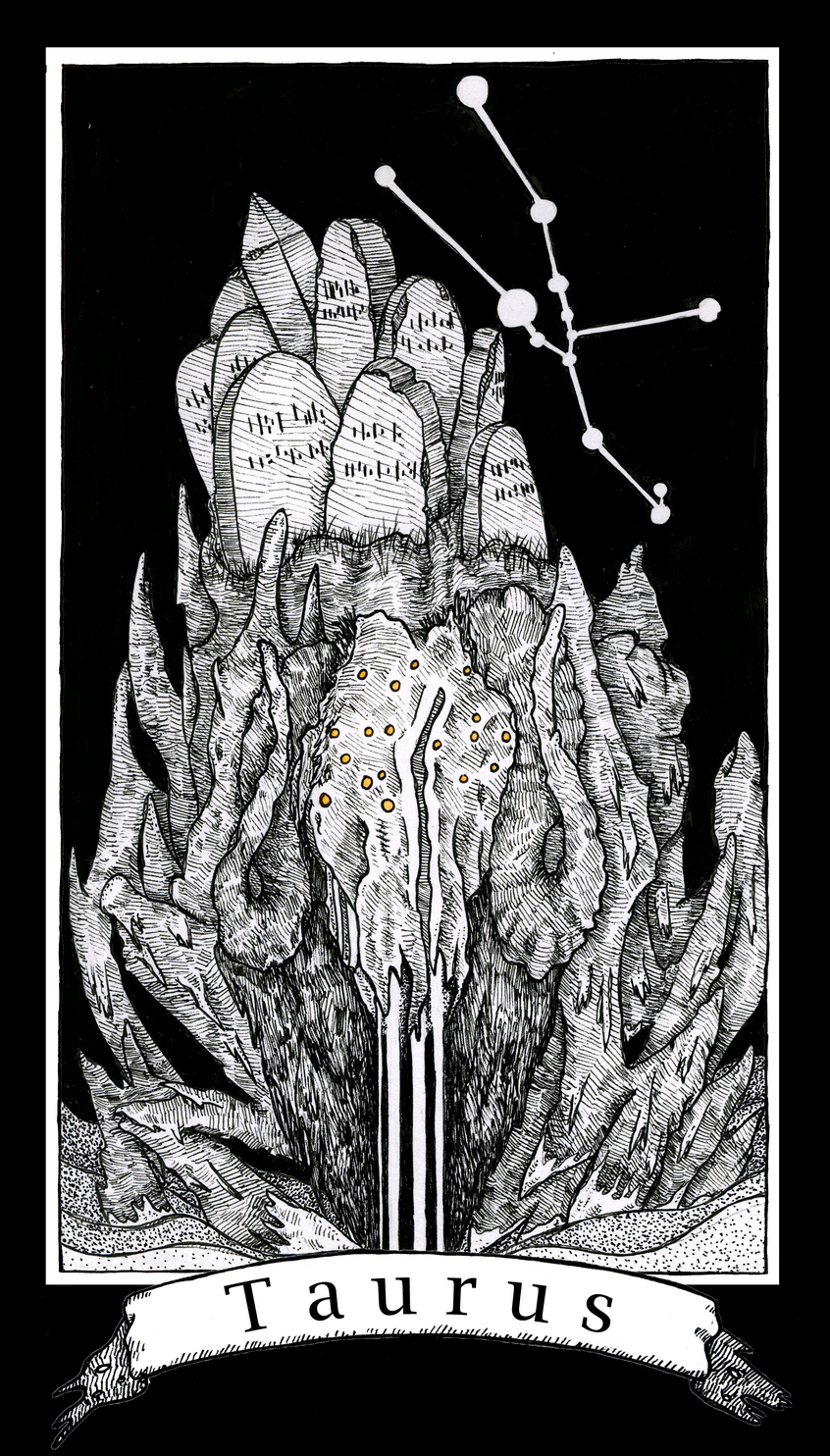 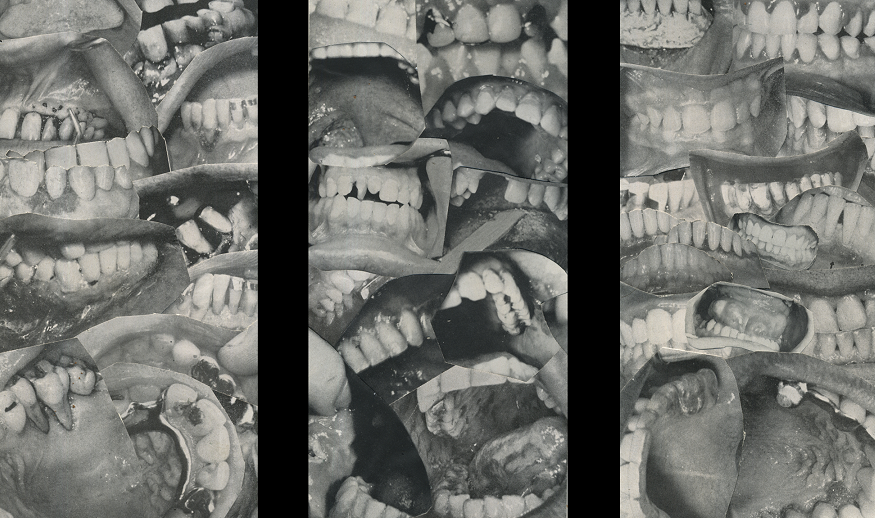 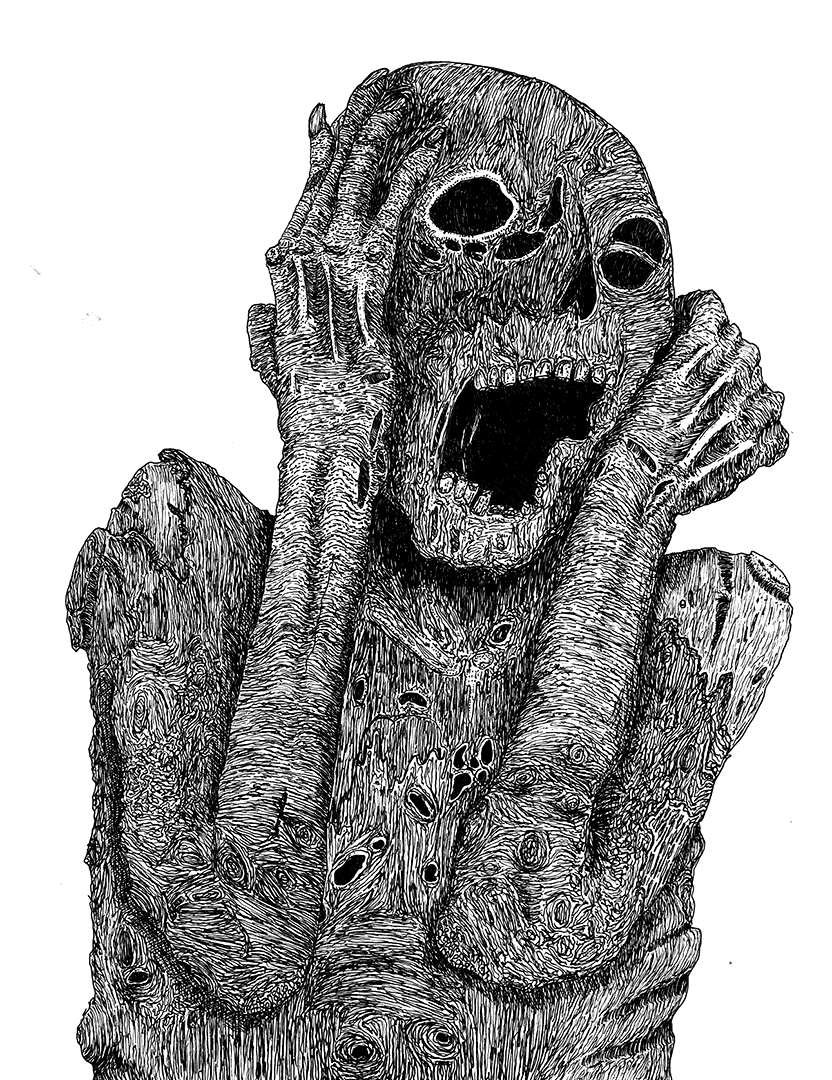 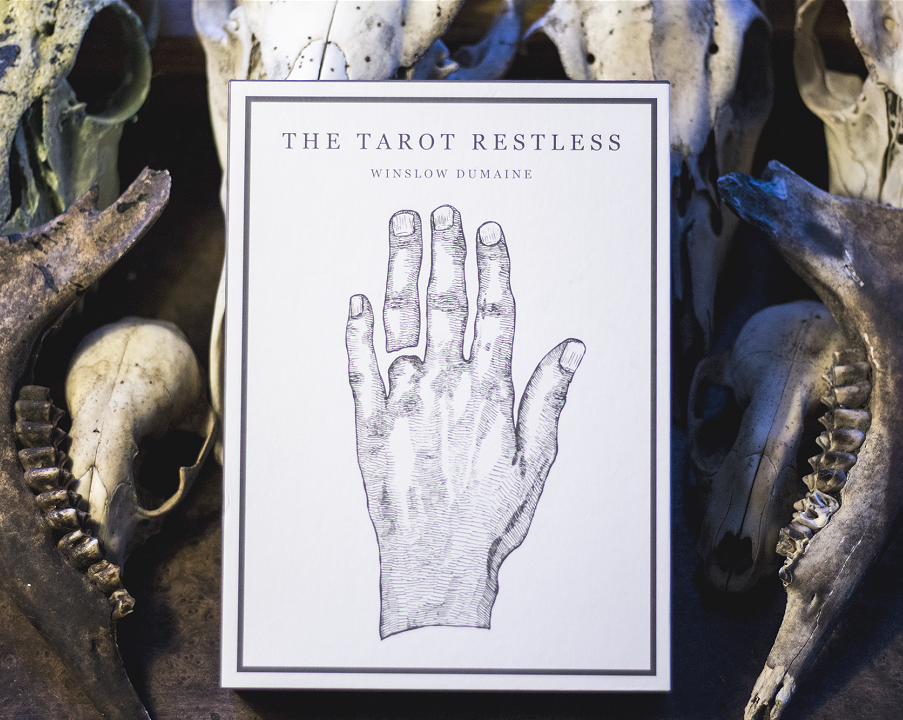 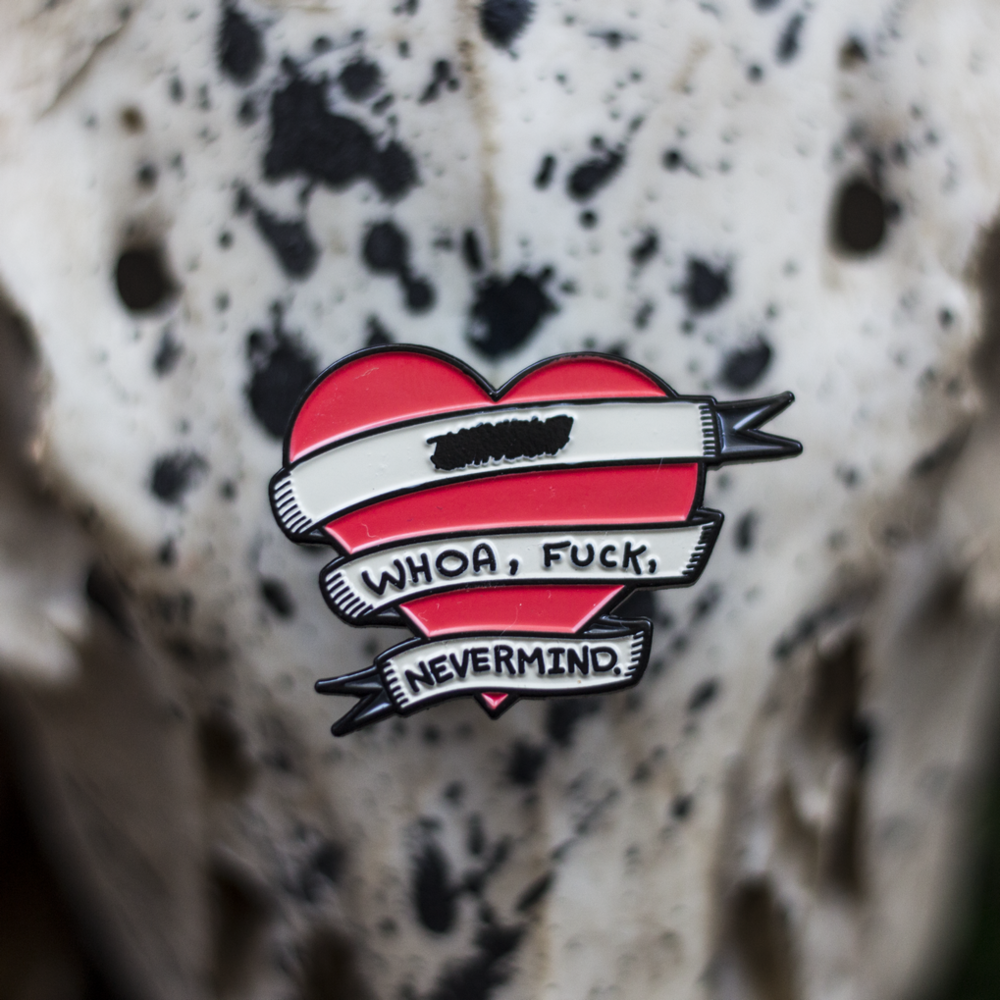 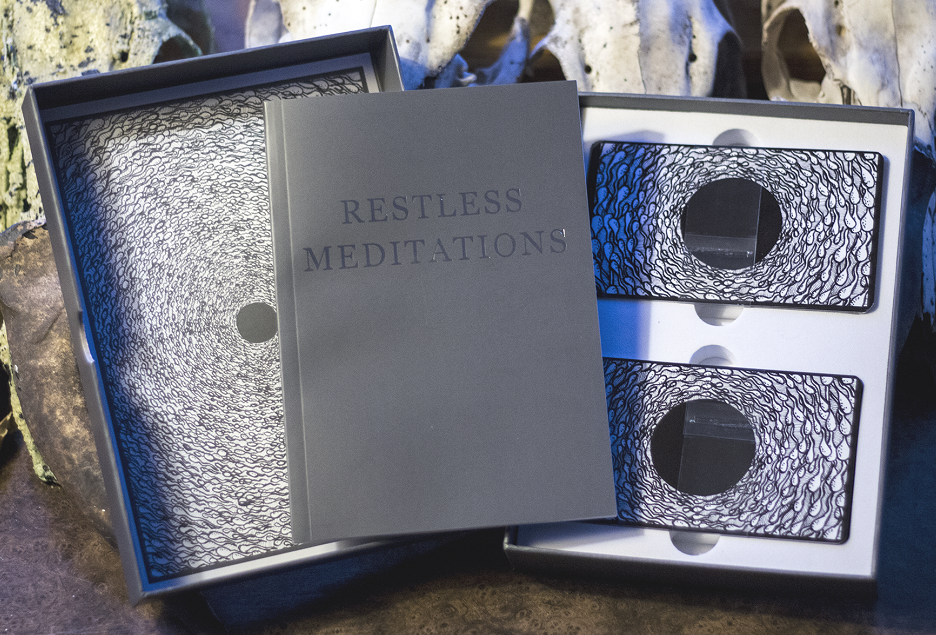 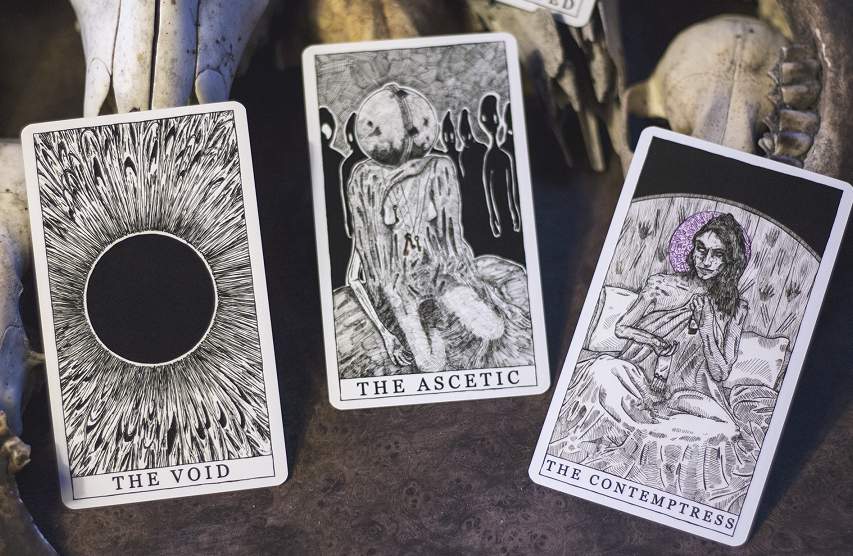