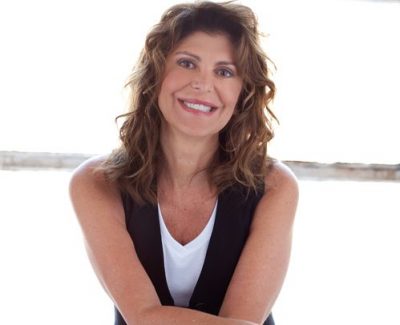 Today we’d like to introduce you to Valerie Gobos.

So, before we jump into specific questions about the business, why don’t you give us some details about you and your story.
What a journey and fun ride this has been, and still is!

I began my career as an aspiring Actress, Singer, Dancer, Model and worked steadily in the 80’s and ’90’s, and then realized that I enjoyed being behind the camera, versus in front of it.

I worked on films sets primarily in Chicago as a  stand in’ for the lead actress, which is an interesting job because you set up the shot and block out the scenes for the director, cinematographer and gaffer, while the actress is in hair and makeup preparing to than be on set and shoot her scenes.

So it was a wonderful working education in filmmaking, and I loved it!

And ever better, many times the producers and directors would give me parts in the films knowing that I was an actress, so it was great and lots of fun!

But films and tv shows being shot in Chicago were limited at that time, so my agents would book me in tv commercials, print ads and trade shows.

One day, someone asked me if I wanted to work as a temporary assistant to the owner of a NYC director’s rep firm who was visiting Chicago, and I took the job.

We were set up in one of the hotel suites, and my job was to call local advertising agencies to get him meetings with the agencies.

I was so uncomfortable being at the hotel suite and working with him, that I booked him lots of meetings just to get him out of there!…

Well he was so impressed by my success in getting him the meetings, that he hired me to head up his Chicago office as a ‘rep’ in the advertising industry.

This was the beginning of my new career calling on advertising agencies for their production and post production work for tv commercials, print and radio ads.

I parted ways with the person who introduced me to advertising, and worked independently establishing relationships and representing a wide variety of directors, animators, visual effects artists and musicians, who are based locally, nationally and internationally.

Chicago has a large and wonderful community of advertising agencies, as does the Midwest, so it is and has been a nice career.

But my love for films and filmmaking has remained in my psyche, so while being a rep in advertising, I continued my quest to be a film producer.

I attached Martin Scosese as Executive Producer on a foreign film called ‘Brides’ , and I was one of the producers on a Russian box office hit called ‘Bratt II’ .

Presently, I own the rights to many exciting books, screenplays and life stories, that I am pitching to television networks, film studios, directors and actors, for the big and small screens.

And, I am determined to get the films made, while continuing my business in advertising.

Has it been a smooth road?
It has been and still is very challenging.

The advertising industry is very competitive.

And the film industry and Hollywood is a very tight knit community.

I always say that unless you are related or sleeping with someone powerful in the industry, or independently wealthy so as to finance your own projects, it is difficult to break through.  And since I am none of the above, it has taken longer and I am proud of it!

So, as you know, we’re impressed with Gobos Film & Entertainment – tell our readers more, for example what you’re most proud of as a company and what sets you apart from others.
In the advertising industry, I have a very good reputation as someone who the ad agencies can contact and I always introduce them to great directors, production and post production companies for their projects.

We always give them great results. so they keep coming back.

My screenplays, books and stories and truly wonderful, so they speak for themselves.

I am proud and honored to be working with so many talented people who trust me.

Let’s touch on your thoughts about our city – what do you like the most and least?
I love Chicago, always have and always will.

My only disappointment with the City is that for years myself and others that I know, have presented wonderful ideas that unfortunately have been ignored.