Today we’d like to introduce you to Samantha Berkman and Tessa Orzech.

So, before we jump into specific questions about the business, why don’t you give us some details about you and your story.
We met in the winter of 2016 at an open mic that Tessa was hosting in North Center where Sam came in to tell a story. When the mic was over, Tessa introduced herself and recommended she submit the story to be performed at a local show. In the three month period between that day and the day of the show, we became friends and decided to start our own showcase. The bar where Tessa hosted the open mic no longer felt safe and we wanted to create a booked show where positivity, support, and love were the central focus for audience and performer alike. Sam lived across the street from The Village Tap, a neighborhood bar in Roscoe Village that feels like a community living room. The late owner, Mike Green, was always around making friends with his patrons, and had become close with Sam over the years. When she expressed an interest in comedy, he offered up his space without hesitation for us to use however we’d like, because he knew that our mission was to give Roscoe Village a larger sense of community and inclusivity. Tessa and Sam were both brand new to comedy but spent months brainstorming, researching, and developing our vision and values, which eventually lead us to the idea of a summer camp themed stand up showcase. The Village Tap beer garden already had picnic tables, an ivy covered brick wall, twinkle lights, and open air, so when combined with our values, it felt right. We had our first show on Monday, June 6th of 2016 which also happened to be The Village Tap’s 27th anniversary. Everything felt like it was meant to be. Our first show was well-received. Crowds came out and packed the beer garden, eager to experience a positive comedy show in the open summer air. Our hospitality toward our audience was and still is our number one priority, and from our first show, the audience recognized it as a unique attraction. With the support of the Chicago comedy and Roscoe Village communities, we decided to continue the weekly show year-round. While the show is a great place to celebrate Chicago summers together, the beer garden is covered and heated in the winter so it feels like summer all year round at CAMP. The show remains a mainstay of local independent comedy, and is regularly well-attended. It is warmly regarded by local and nationally-touring comedians as one of the best independent stand up shows in the city. We are eager to celebrate our two-year anniversary on June 4th, 2018 with our loyal supporters who make our show so special.

We’re always bombarded by how great it is to pursue your passion, etc – but we’ve spoken with enough people to know that it’s not always easy. Overall, would you say things have been easy for you?
During our first meeting with Mike Green, he mentioned that, due to strict Chicago patio laws, having amplified sound was not allowed in the beer garden. That meant we should have to find another venue which we did not want to do, or it meant we’d do the show without a microphone. After a week of trying to imagine an outdoor stand-up comedy show without a microphone, we decided to call the city of Chicago to get some answers. Tessa spoke to the head of the relevant department, who said that stand-up comedy actually fell into a loophole in the law, much to our relief.

The Village Tap is not a performance venue, so we had to acquire all of the necessary equipment to produce a show–including a wooden stage that weighs a metric ton. Since Sam lived across the street, all of the gear was stored there and carted back and forth each week by the two of us. It was hilarious content for our Instagram, but was ultimately more annoying than it was worth, especially in two feet of snow. So many splinters.

CAMP became exactly what we wanted–a community event that people enjoyed and relied on each week–and while we were ecstatic to have fulfilled that goal, it became apparent that we had to step up and deliver when our supportive energy was tested. Our close friend and the owner of The Village Tap, Mike Green, suddenly passed away on October 10th of 2017. He was an incredibly generous, supportive person, so naturally the community was shocked and devastated. While we considered taking some time off to collect ourselves emotionally, the number of people who urged us to continue to do the show as regularly scheduled was too overwhelming to ignore–they needed us as much as we need them, so we put on a strong face and gave our hurting friends a few moments of laughter during an extremely hard time. Keith Bodner, a close friend of Mike’s, and subsequently of the CAMP community, passed away two weeks later. His loss compounded the grief we all felt for Mike, and made any attempt at laughter and fun seem impossible. We had lost two pillars in our support system at CAMP and in our community in Roscoe Village. Knowing with complete confidence that they, of all people, would want us to continue the show, we pressed on in their memory. While it was painful, it was equally beautiful. The love and support aren’t just buzzwords or concepts for a show. This group of people truly care for each other, and we’re grateful to be curators in such an incredible community.

So, as you know, we’re impressed with CAMP: A Comedy Show – tell our readers more, for example what you’re most proud of as a company and what sets you apart from others.
We run a stand-up comedy showcase with strong core values of positivity, love, and support. We are the proud creators, producers, and hosts of a weekly show that consistently receives positive turnout and feedback from our community. Our show stands out because of our dedication to hospitality, high energy, and genuine love of comedy and each other.

So, what’s next? Any big plans?
We’re looking forward to adding more production value–changing the lighting, bringing more ambiance, more interactive audience participation at the beginning of the show–we want it to feel like an outdoor comedy club every Monday night. Our two year anniversary show is coming up on June 4th 2018 and we’re excited to celebrate not only our own hard work, but the consistent support of our loyal audience. 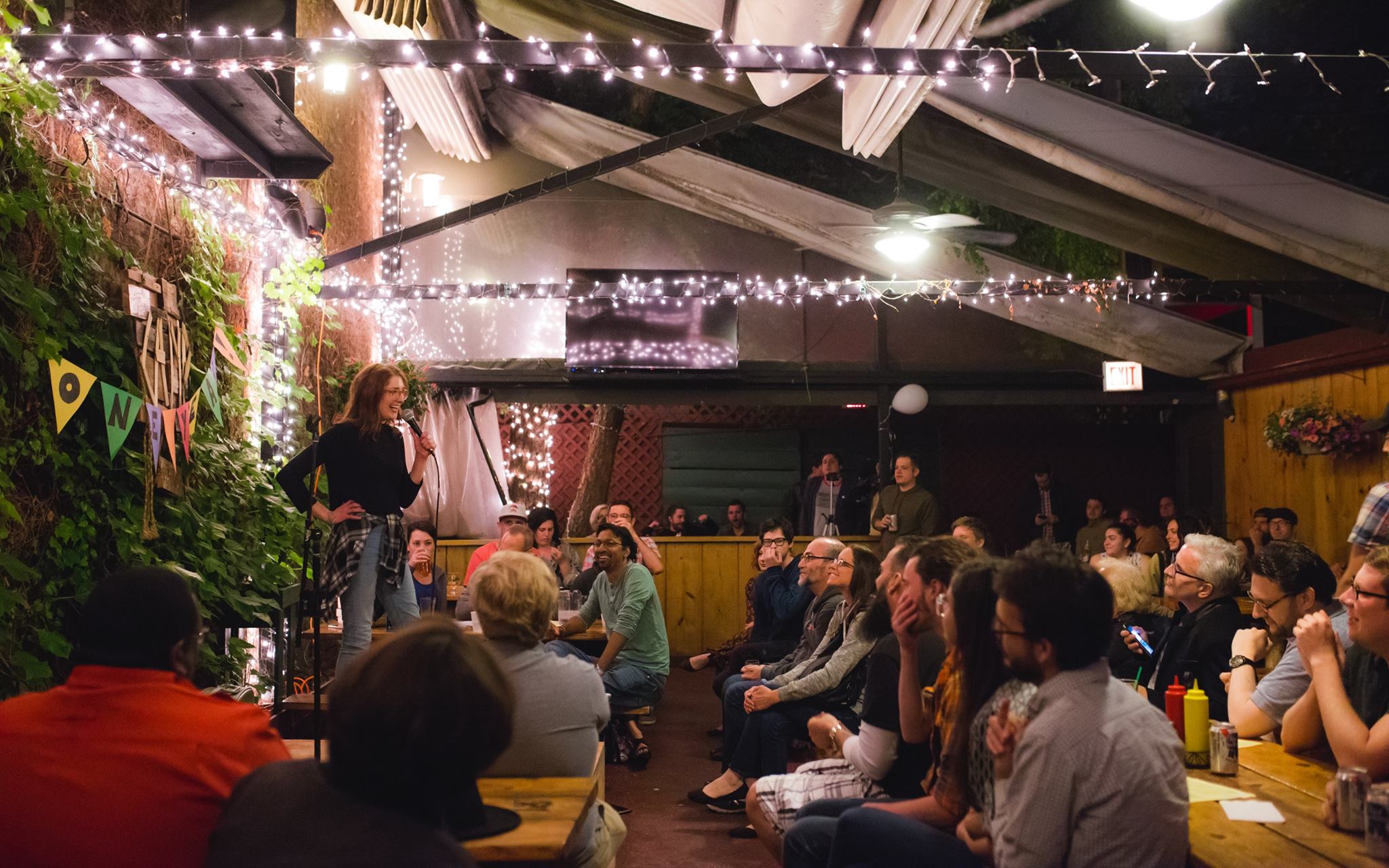 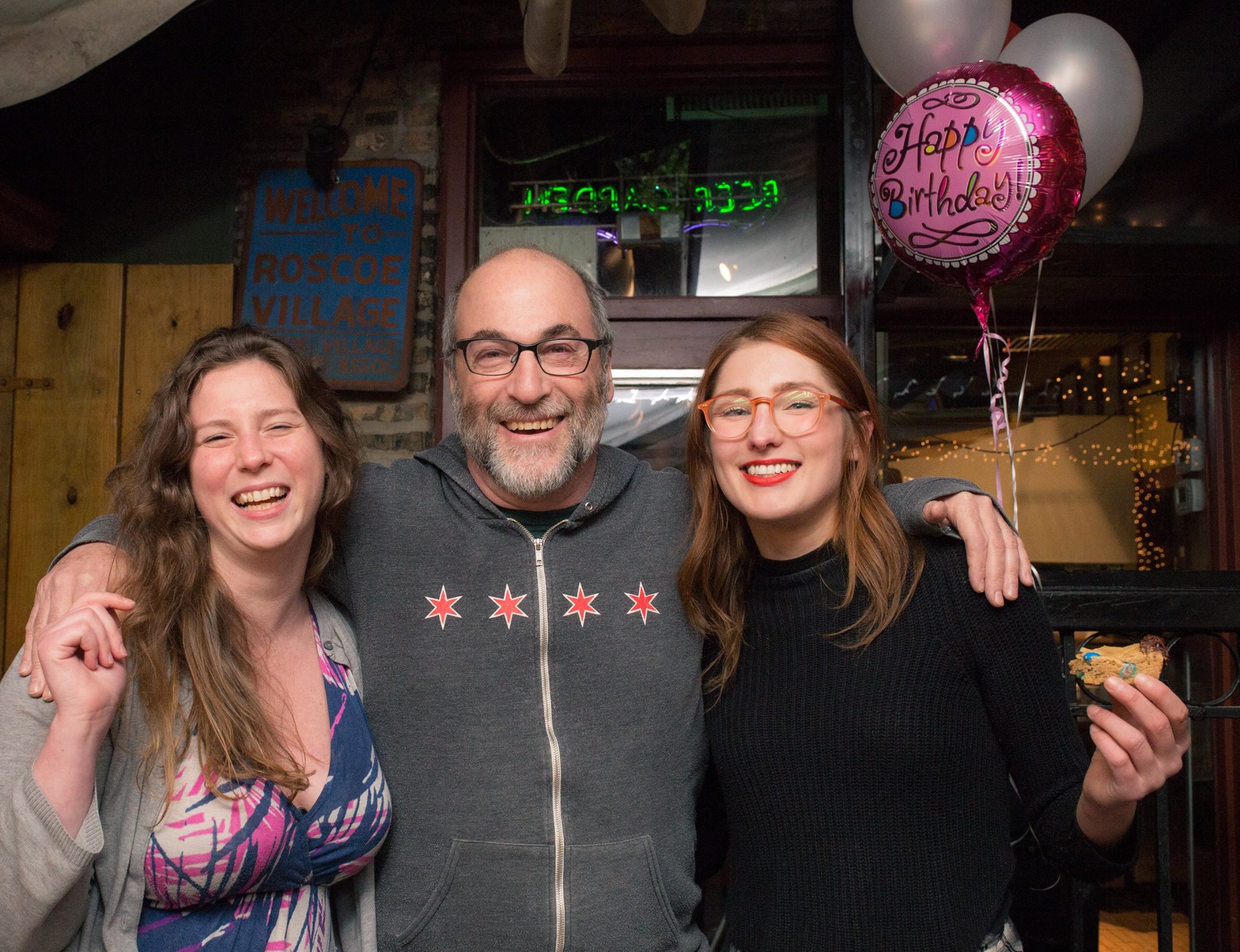 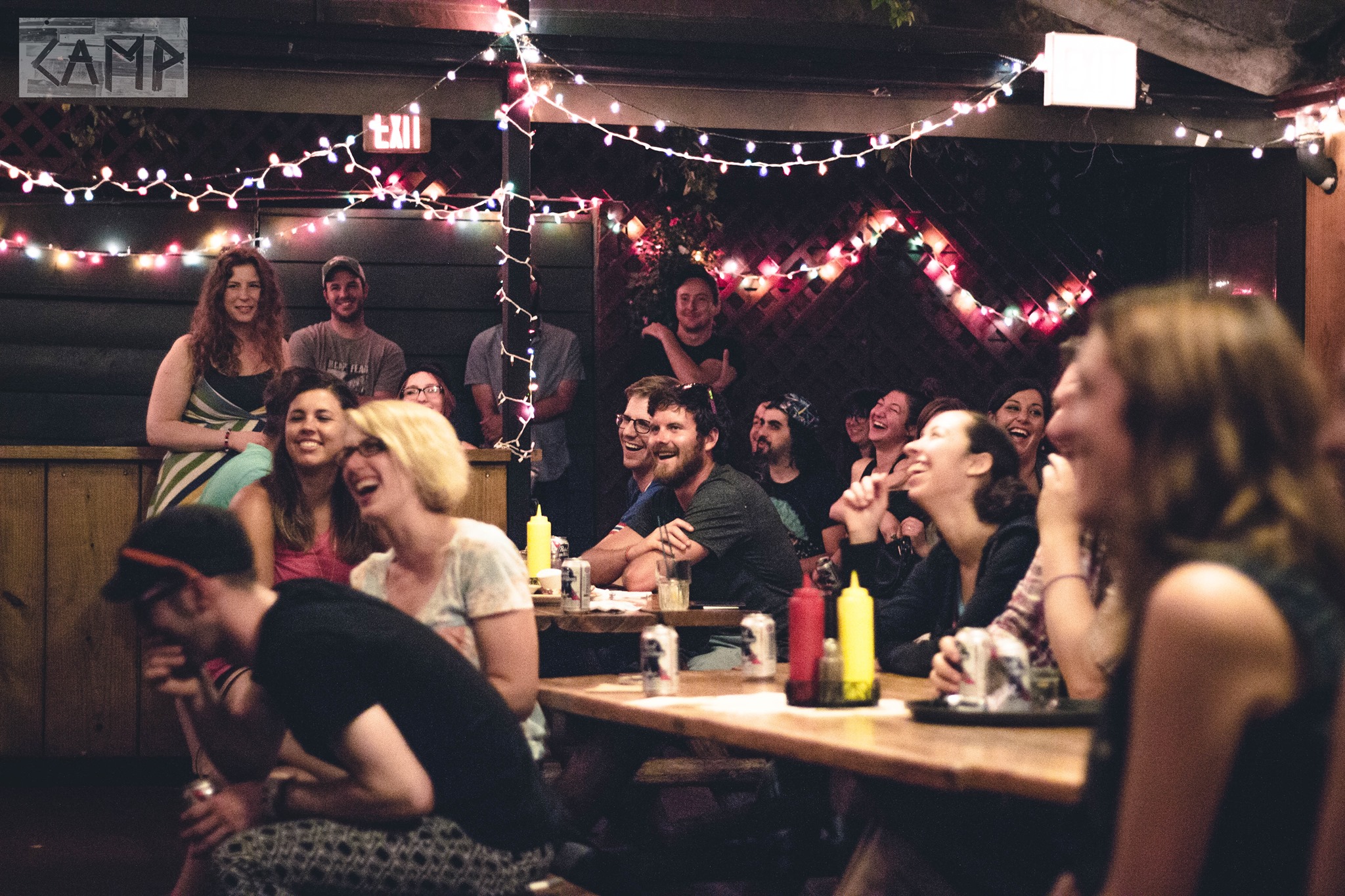 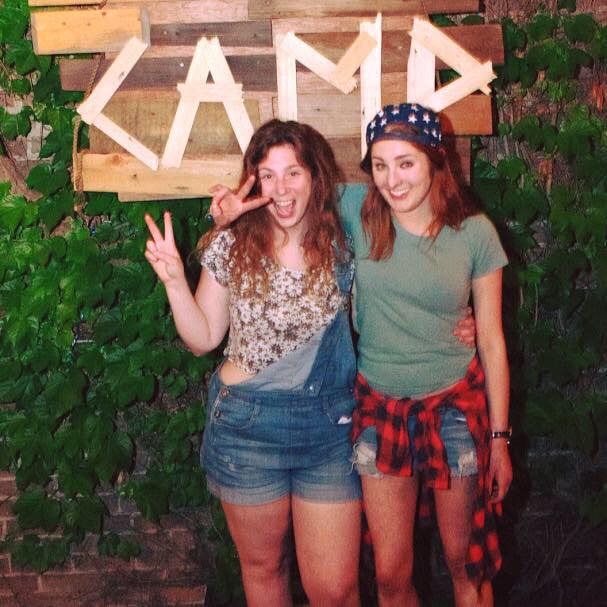 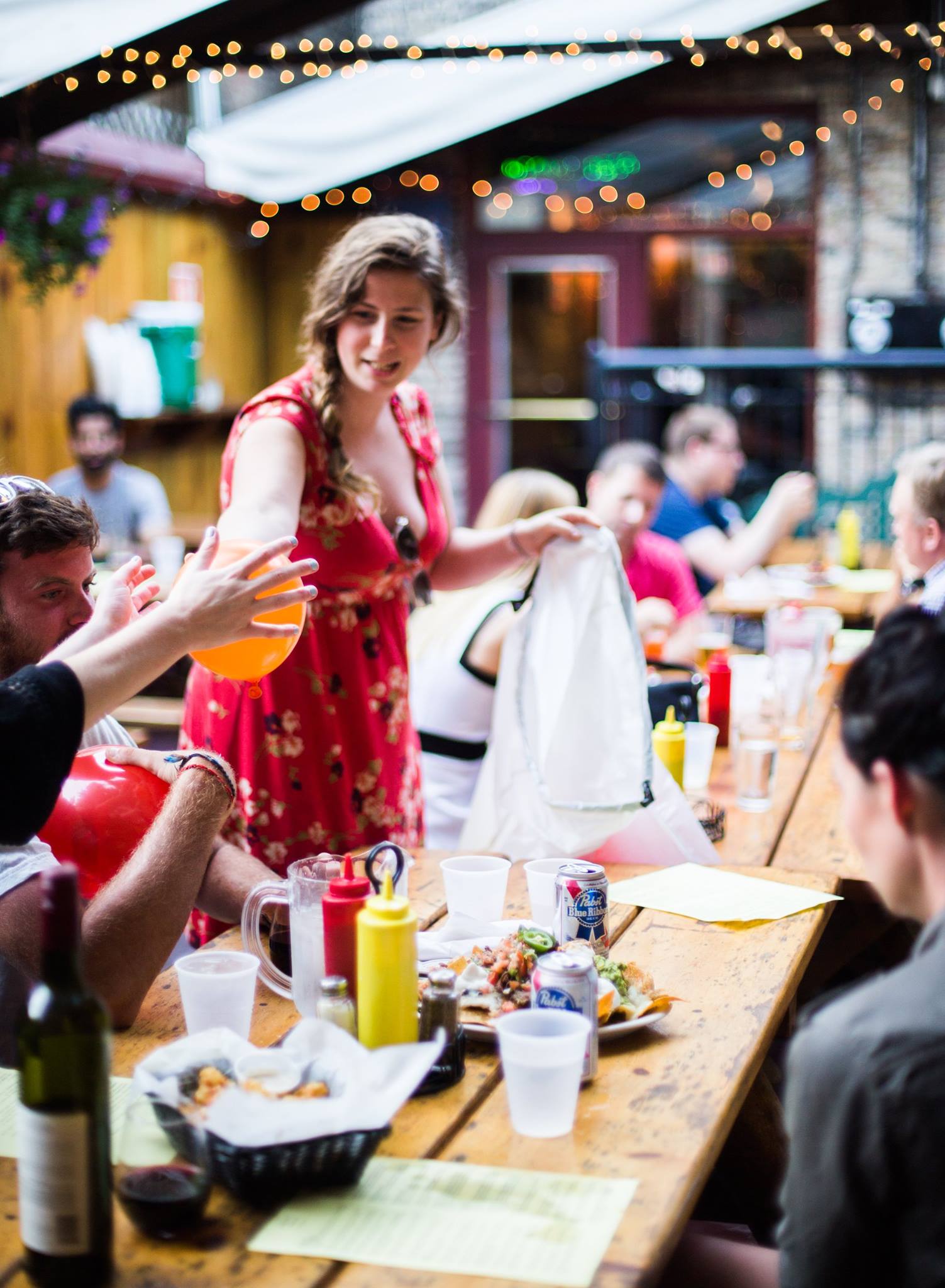 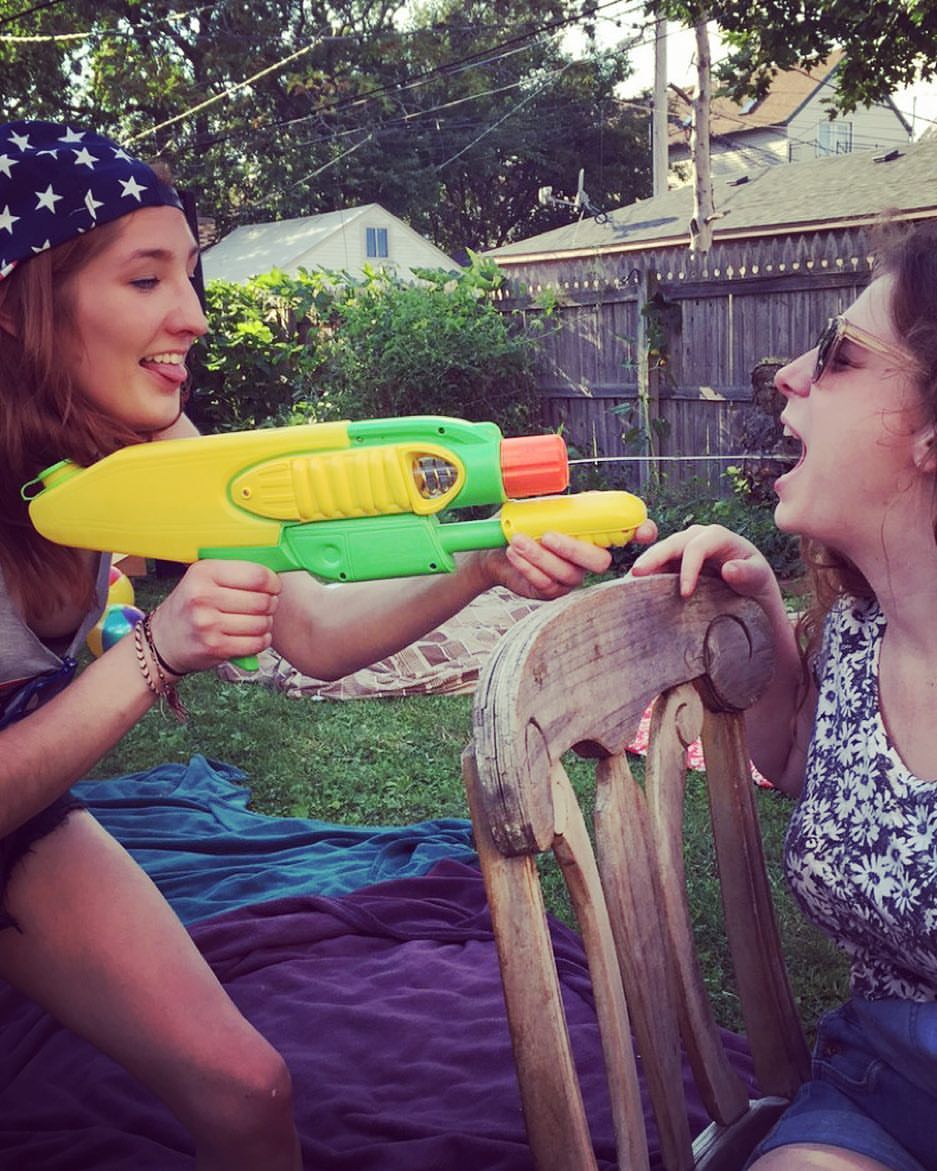