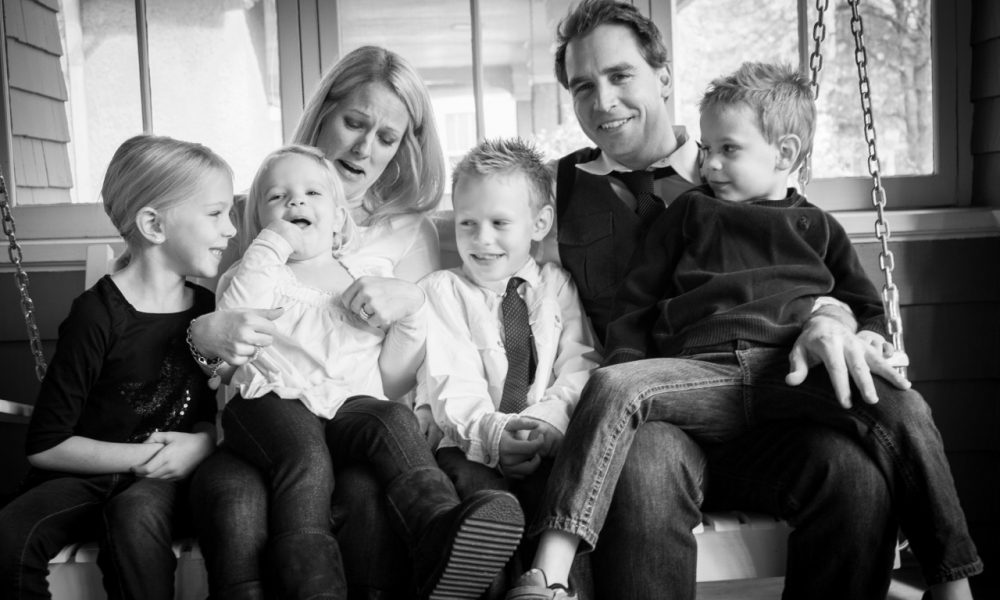 Today we’d like to introduce you to Ryan Kitley.

Ryan, let’s start with your story. We’d love to hear how you got started and how the journey has been so far.
I was born in raised in NJ. Went to college in 1990 in Ohio. I moved to Chicago with friends in 1994 after graduating from the University of Dayton in Ohio with a BA in Communications. I immediately started taking classes at Second City and IO (ImprovOlympic at the time) – my first exposure to acting of any kind up until that point. After about a year of improv classes, I decided I wanted/needed more training. I auditioned for the MFA program at The Theater School at DePaul. It was my first audition ever and, needless to say, I had no idea what I was doing. I must have done something right because they actually let me in. I spent the next 3 years at The Theater School learning everything I possibly could. It was extremely overwhelming but so exciting at the same time. I also had 4-5-part time jobs during grad school. Three years later in 1998, I graduated from DePaul with my MFA in acting and started auditioning and really getting to know the theater community in Chicago. Before long I had gotten my first agent, did some really exciting theater, and started booking some work in tv, film, and commercials. I also began teaching at Piven Theater Workshop and a few other programs around the city. I loved teaching. Between teaching, bar tending, and acting work, I was able to stay afloat financially. In 2004 I got married to my wife Kelley (Chicago born and raised – not an actor, a therapist) and we moved to LA. We lived and worked in LA from 2004 until 2010. I taught and coached around LA while trying to navigate the industry out there. It was extremely tough and very different from the artistic theater community in Chicago. I worked as an actor in LA but not nearly as much as I wanted to. It was a very bittersweet experience – loved living out there but acting work was extremely hard to get. With 3 kids and a 4th on the way, we moved back to Chicago where I thankfully picked up pretty much where I left off. I booked a lot of work fairly quickly upon returning to Chicago. I have been doing a lot of theater, tv. film, and voiceover work here in Chicago ever since. Within the last couple of years, I have reached some major goals in terms of acting work. It’s taken a very long time and a ton of hard work, but I finally feel like I’m making my living as an actor. I’m booked for two shows between now and the end of the summer – Lettie at Victory Gardens and Support Group for Men at Goodman Theater. I’ve been busy with voiceover work as well. Between my home studio and the auditions and jobs I get through my agent, my voiceover business is rapidly growing. I also do a lot of audition coaching from my home studio, and teach classes at DePaul, Piven Theater, and ATC in Wilmette. My wife Kelley and I, along with a good friend of mine from The Theater School, are currently working on a web series called Surviving Myself – an adaptation of my wife’s autobiography, Myself.
Hope that wasn’t too much info!

Great, so let’s dig a little deeper into the story – has it been an easy path overall and if not, what were the challenges you’ve had to overcome?
When I’m working as an actor, or I know that I have work coming up, the road is very smooth.

Overall though, it has been a very tough struggle. The time in LA was probably the toughest challenge for me.

Outside of the LA transition, finding work, etc., the overall daily grind of auditioning for anything and everything, and not getting most of those jobs, gets very tiring – whether it’s Chicago or LA. I’m thankful that I’ve never stopped pursuing it but there have been many times when I thought I would never work again. Those times are tough not only for me but for my wife and kids. I’ve always struggled with the fact that I don’t make enough money as an actor. My goal is financial freedom as a result of doing what I love to do. I will get there but I’m not there yet. I have an extremely supportive wife in Kelley, but I have a very hard time dealing with my insecure income.

Another type of struggle I can think of came in the way of understudying. I’ve understudied for 3 different shows. Although I was happy for the paycheck and health benefits, understudying is always an extremely stressful and often thankless job. I’m glad I took on those challenges but I think my understudying days are over.

Alright – so let’s talk business. Tell us about Ryan Kitley – Actor, Voiceover Talent, Acting Coach – what should we know?
First and foremost I am an actor and voiceover talent. I work as a freelancer in theater, tv, film, commercials, and voice work. I basically work on commission. Everyday I’m either rehearsing for a play, performing in a play, tv show, film or commercial, auditioning for tv, film, theater, VO work, researching the business, networking, improving my tools – headshots, demo reels, website, etc., staying in shape physically, working with a coach or taking classes. When I’m hired as an actor it’s my job to serve the story, the writer, the director, and the producers. I’m paid to collaborate with other artists, designers, crew members and actors to tell the best possible version of the story – whether it’s a 2 hour play or a 15 second voiceover commercial. I think in Chicago I’m known mostly for my work in theater. I’m very proud to be a part of this amazing theater community. I’m proud to have worked for some of the best theater companies in town. I’m proud to say that I have worked with some of the best actors around. I love the collaborative process and I have been fortunate enough to have collaborated with some of the best.

Outside of acting and voice work I do a lot of teaching and coaching. I specialize in scene study for theater, audition coaching, on camera audition technique, and breaking into the business in Chicago. I have worked with so many actors ranging from 3 years old to 83 years old, with all levels of experience. Most of my teaching experience has come from the amazing teachers at Piven Theater and ATC in Wilmette. I was mentored by Joyce and Byrne Piven at Piven theater and Carole Dibo at ATC. I have also learned so much from all of my acting/teacher friends along the way. I am proud to say that I practice what I preach. In addition, I feel strongly about being in the business and working as an actor in order to effectively teach. If I ever left acting I would not continue to teach.

Visit my acting site www.ryankitley.com for all of my coaching and teaching rates

Is there a characteristic or quality that you feel is essential to success?
Passion. Professionalism. Drive. Curiosity. Full commitment. Willingness to take risks. The love of the game. 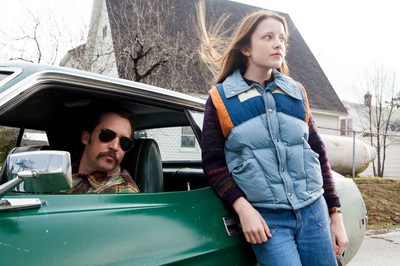 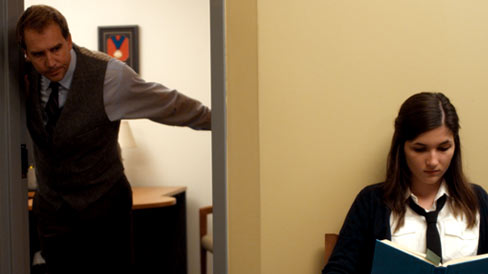 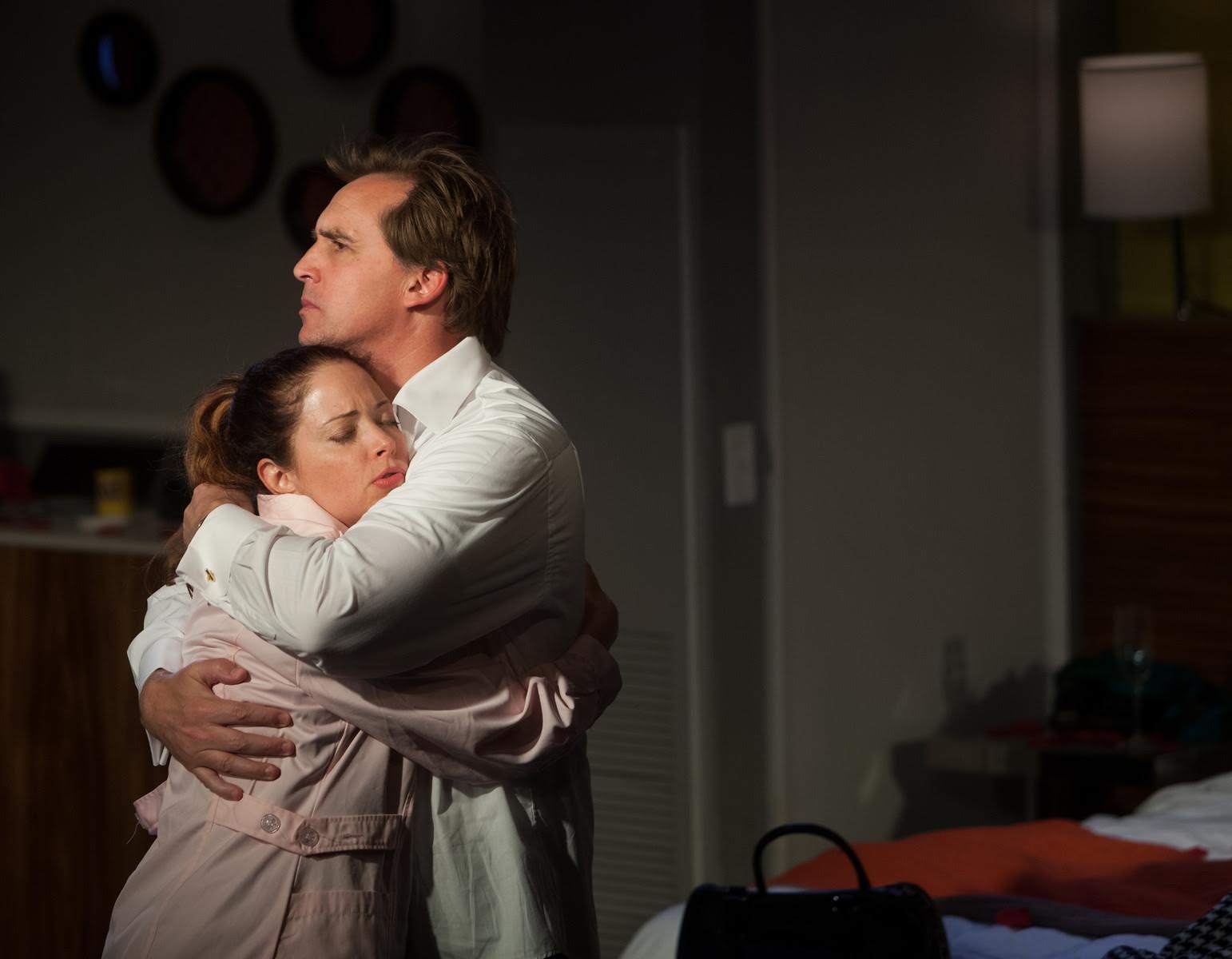 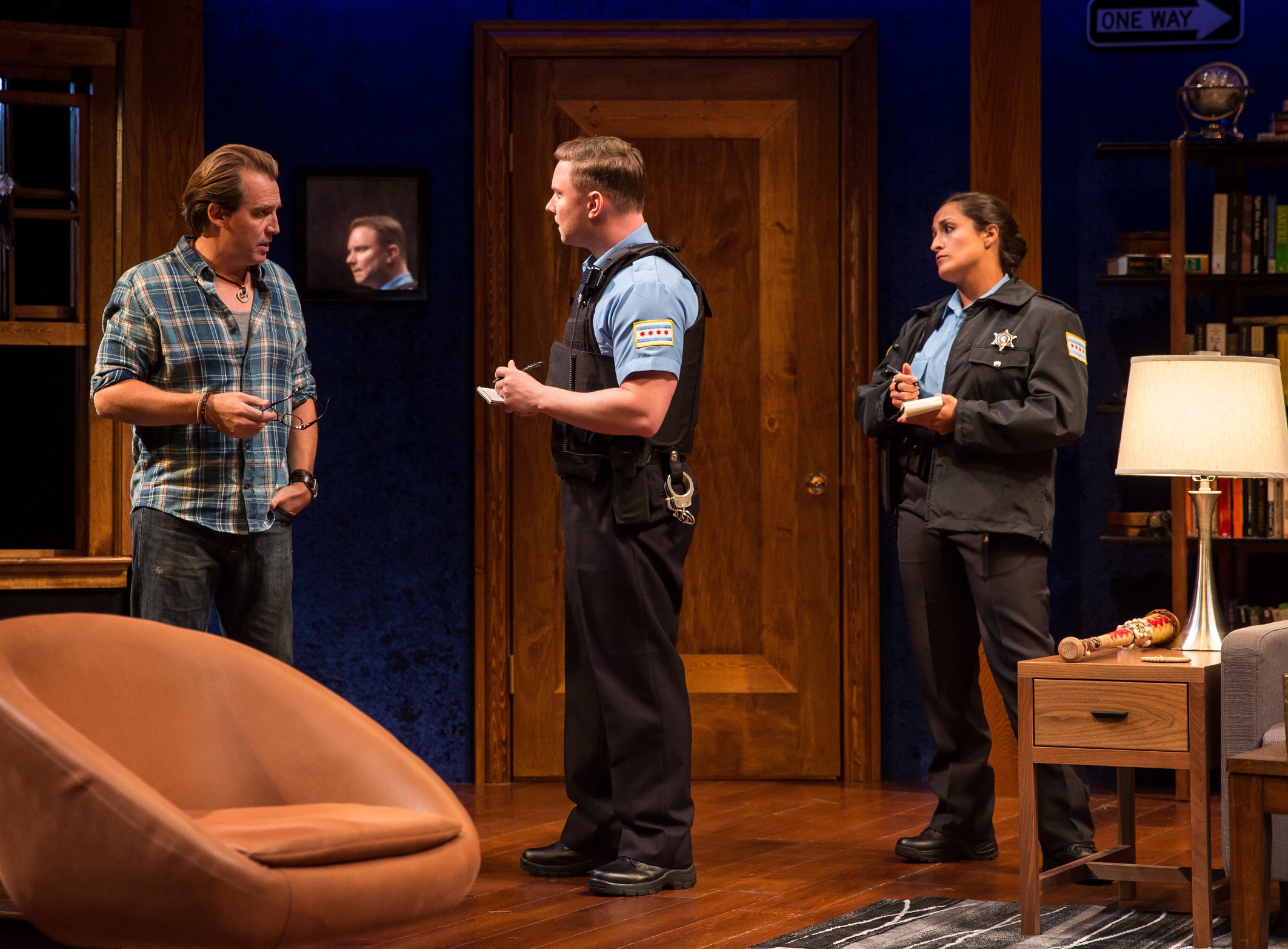 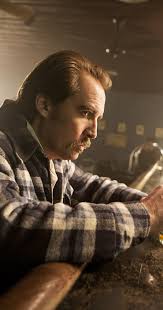 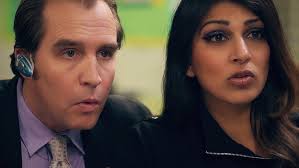 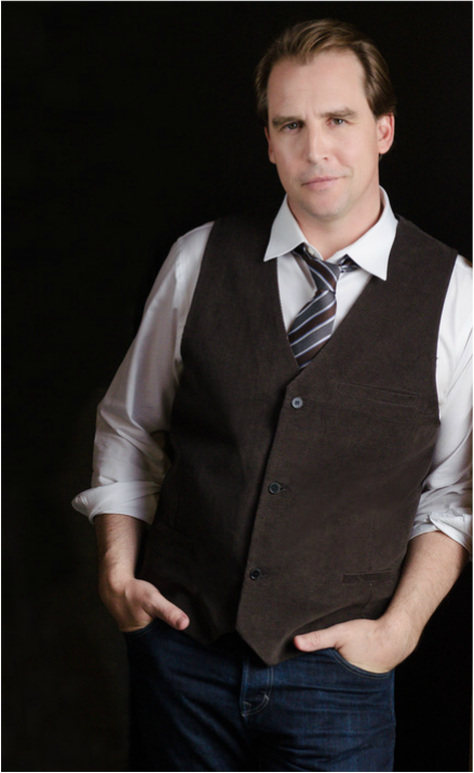 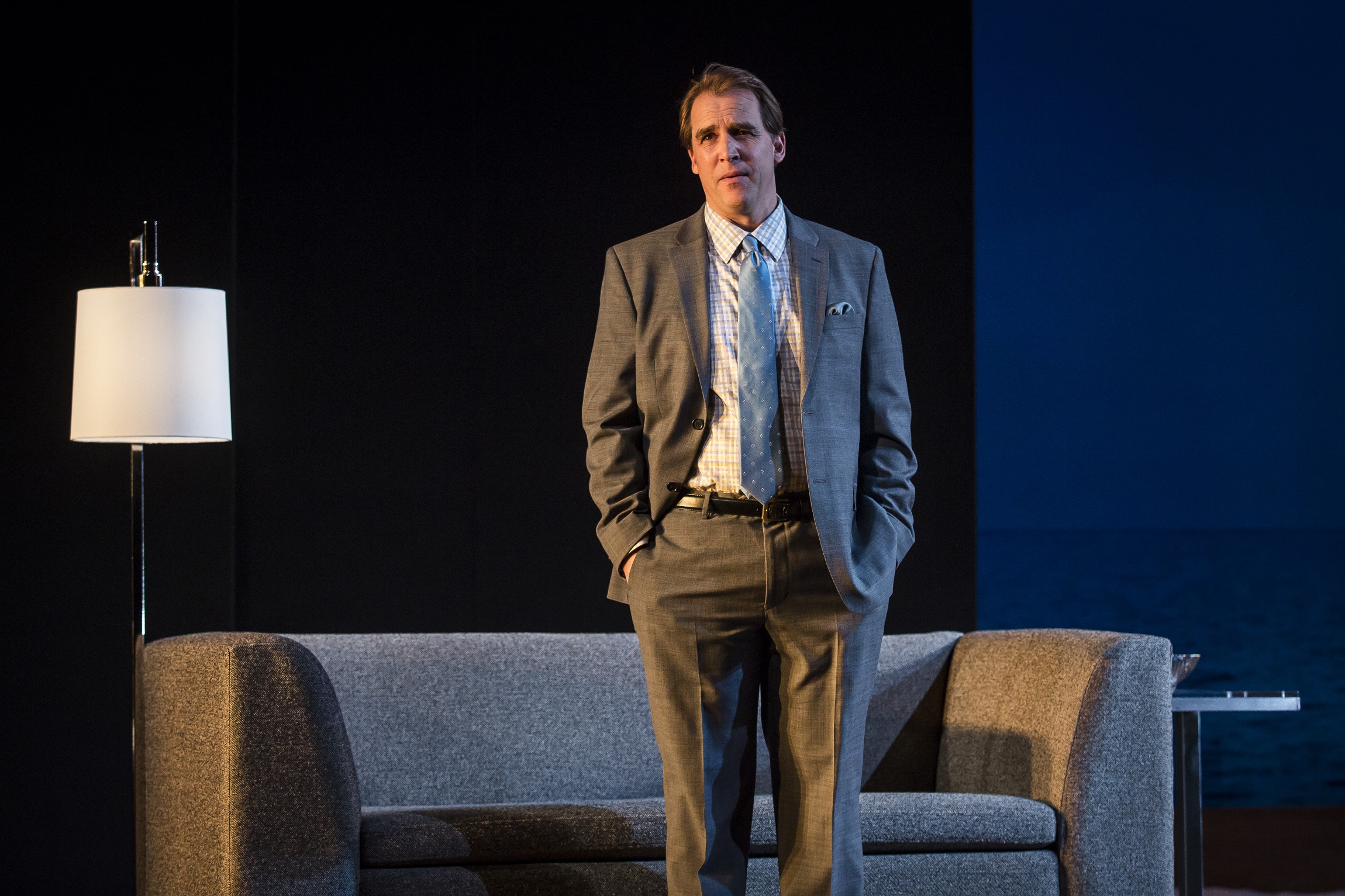