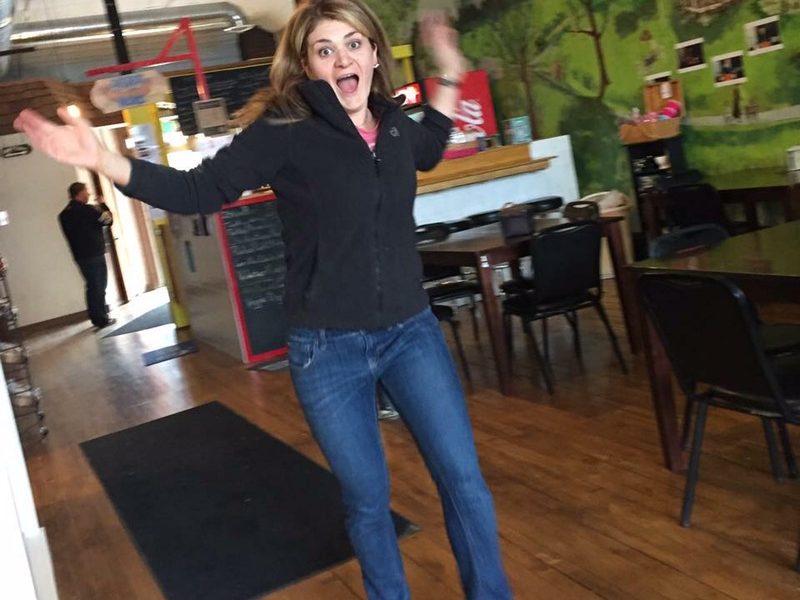 Today we’d like to introduce you to Nicole Caylor.

Nicole, let’s start with your story. We’d love to hear how you got started and how the journey has been so far.
What started out as a casual conversation between two cousins in June of 2014, quickly turned into the launching pad for Running Vines Winery. I was bonding over a glass of wine in my cousin Walt’s first winery, Nova Cellars in Pulaski, Pennsylvania, discussing both of our fitness and business adventures. We had been discussing partnering and opening something together when Walt suggested a winery… Seems simple, right? Walt already owned three locations in Pennsylvania and I was well versed in business, events, and marketing.

I knew the market of NW Indiana as I have resided here my entire life. I was familiar with the Michigan and Indiana Wine trails. Walt was also familiar with the area as he stayed with me while playing minor league baseball in the area for a few months. We both knew the market had room for more wineries, and we already knew we had some uniqueness to ours. After suffering a heart attack at the age of 29 while serving in the Army, I had been looking for something to fill the void. I wanted to do more. My husband knew I had been wanting to open a business of my own. So, I texted my husband fully expecting him to tell me that we were both crazy.

Instead, he said it was an amazing idea and that he fully supported me. Walt ran the idea by his wife Katie who also fully supported them branching out into the Indiana market. With both spouses on board, I literally ran with the idea. I found some suitable locations all which had different appeals and arranged for a visit with Walt & Katie. So just six short weeks after the birth of the daughter, Walt & Katie came to Indiana. We scoped out all the possible locations, went on some wine tours, and nailed down our location. We decided on the main street shops right in the heart of my hometown, Chesterton. There was one thing missing when they left.… a name.

Walt & I had kicked around a lot of different ideas but we did not feel it with any names we had come up with yet… Walt thought having vines in the name would be cool as none of his other locations used it. I really wanted to incorporate both of our love of fitness, especially my love of running into the new business. As I was grocery shopping just a few short hours after Walt & Katies departure, I came up with Running Vines while getting everything I needed for homemade Spaghetti and Meatballs for my sons cross country meet the next day. I texted Walt, expecting him to say no, to only get a phone call right away saying he & Katie loved it! That day Walt trademarked the name and we have been “Running” with our winery.

Well, you would think one new business in a year would be plenty… A few short months after launching Running Vines we were approached to open a secondary location in the neighboring town where I grew up, Valparaiso. At first, I kept saying no, then one day I decided to entertain the idea. We had just started making hard ciders and the popularity of the ciders had my wheels turning. By fall I was signing the lease on my second location, Aftermath Cidery & Winery. The name stems from the meteorology school at Valparaiso University.

For me, it was a way of bringing attention to this amazing University in our backyard. Although it has attention all on its own, I felt this was my way to pay respect to it, especially since we were originally located on the campus. We quickly outgrew our first location of Aftermath as well as the production facility that we made all the wine and ciders in for both Running Vines and Aftermath, so we started the hunt for a new location. We originally thought it would be two additional buildings until we found our current home in downtown Valparaiso on Washington Street. This location gave us room to grow and the unique opportunity to have an area where guests could on occasion watch us make the product.

The most important thing to me in my companies is to make a difference. To make a positive impact in my community. We try to do just that. Running Vines donates to many local charities and a lot of athletic based events for youth athletes. Health and fitness are extremely important to me, so fostering this in our youth I hope will create a habit of a lifetime, not just a season. At Aftermath, we donate to all local, state, and some federal disaster reliefs. We host give back nights and support many athletic fundraising efforts as well as our four-legged friends in shelters.

Like a vine and it branches, Running Vines and Aftermath will be intertwined in its local community, giving back to local causes and charities.

Has it been a smooth road?
As with anything, we have definitely faced some challenges. We have a wine that didn’t turn out as we wanted, we have sold wine faster then we could make it. About 7 months after opening the original Aftermath our landlords had sold the building, so even though we had outgrown the location, we had hoped to make it work for another year… things didn’t work out as we expected, but they actually worked out better.

As with any new company, we learning and adapting as we grow. I always like to joke, that being the youngest of 5 kids in an energetic Italian family taught me to think on my toes, smooth out problems, have some fun along the way, and it also taught me to be very patient.

We’d love to hear more about your business.
We are a small family owned winery & cidery. We have two locations one in Valparaiso and one in Chesterton. We are committed to providing an exceptional experience each and every visit. We specialize in unique small batch ciders, traditional wines, and fun sweet blends. We have a wine and cider for every palette, dry to sweet.

We host fun game nights such as “name that Tune”, trivia, free monthly fun runs, wine and yoga classes, art events, and monthly give-back nights for local organizations. We always have something fun going on and you will be greeted with a warm smile and great conversation.

I am most proud of my entire team, from our exceptional winemaker Emily Kennedy, to my managers, to the wine & cider enthusiasts behind my bars. Each and every single one of them is amazing and I could not build my dream without them.

Is our city a good place to do what you do?
Absolutely, I feel in both Valparaiso and Chesterton we have been greeted with open arms and loyal patronage. The other local business owners work together and create an energetic community that I am excited to do business in! 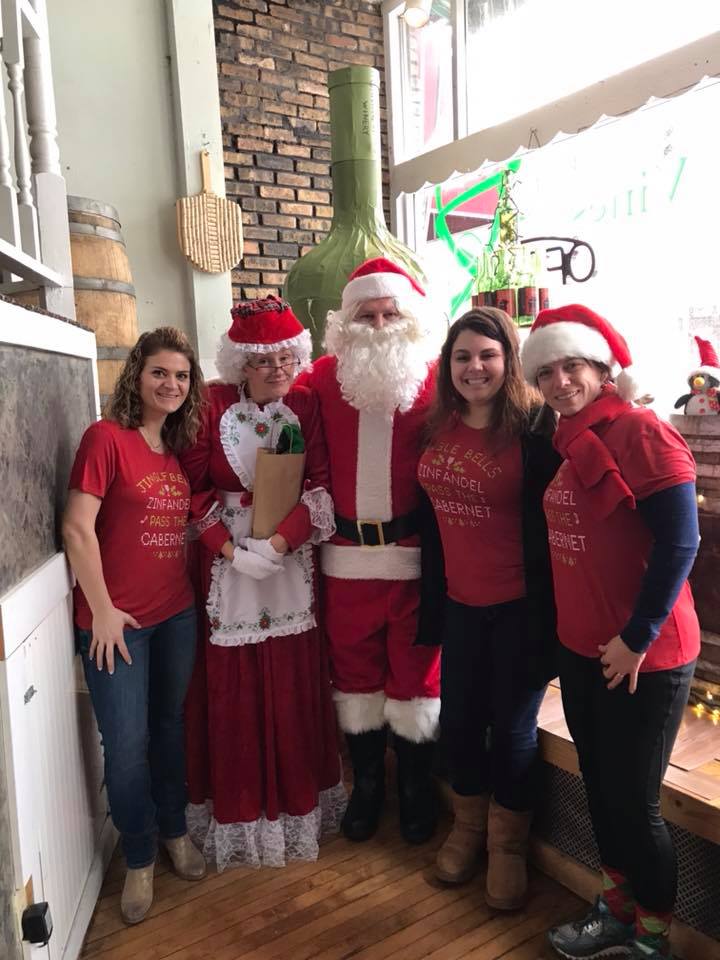 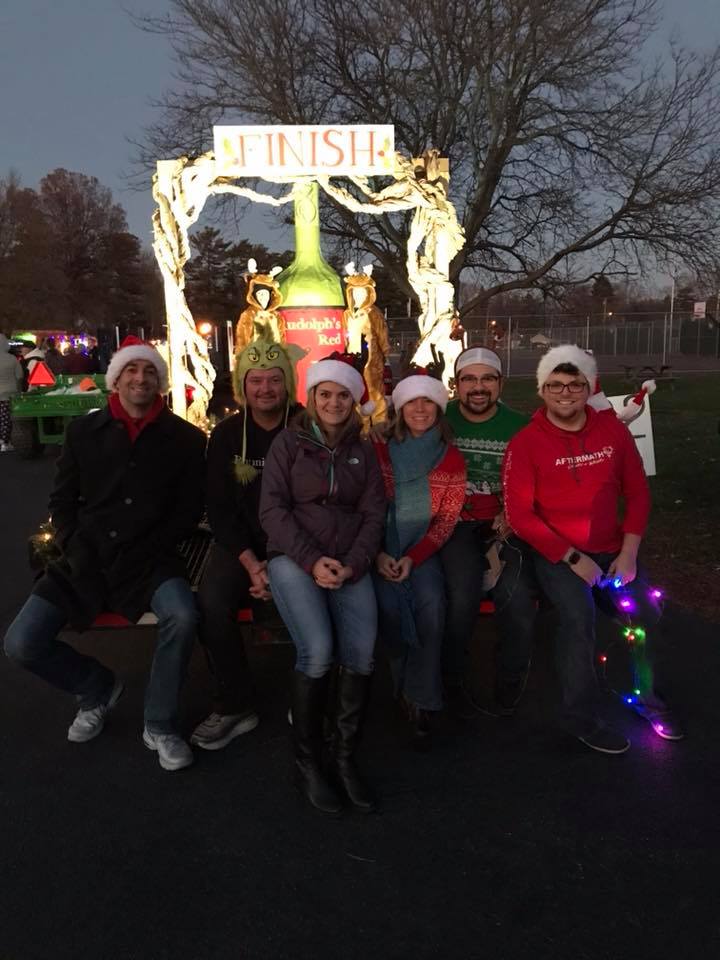 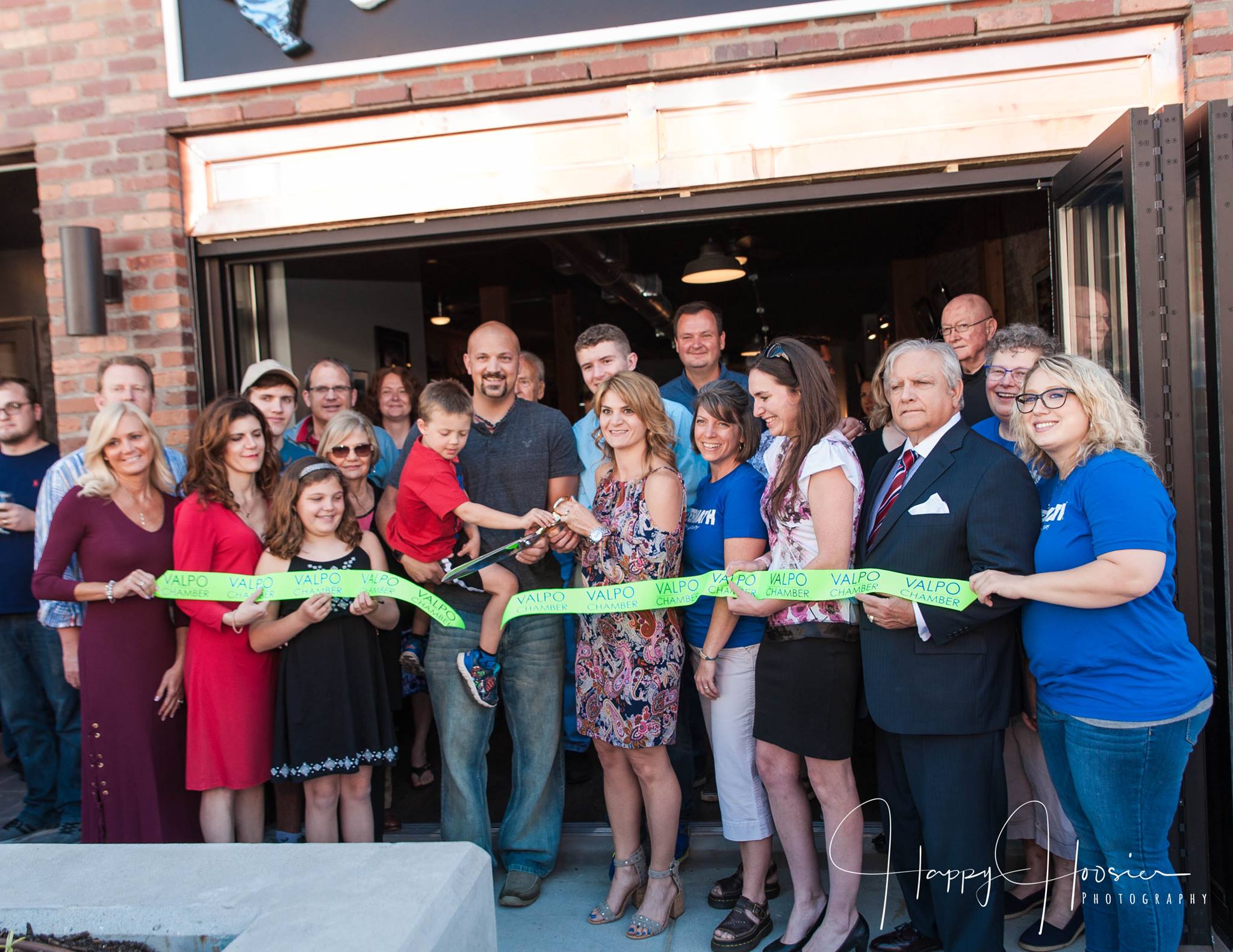 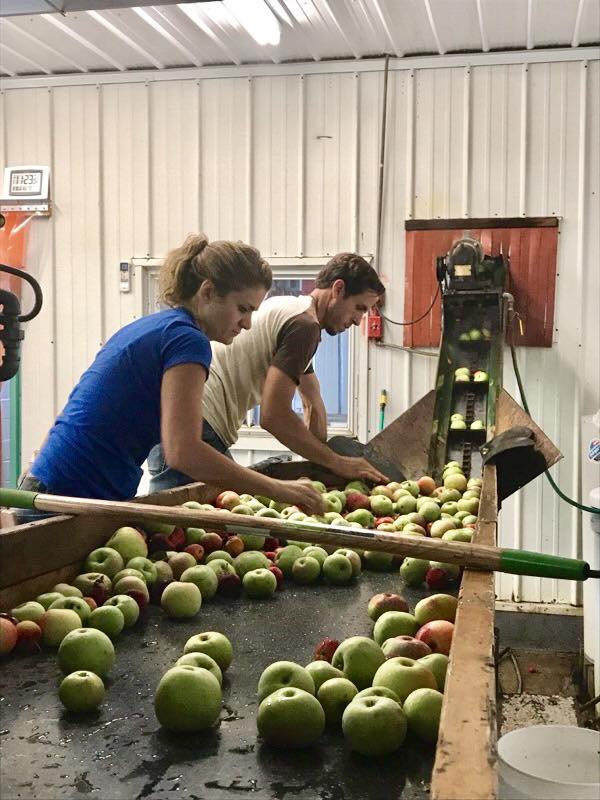 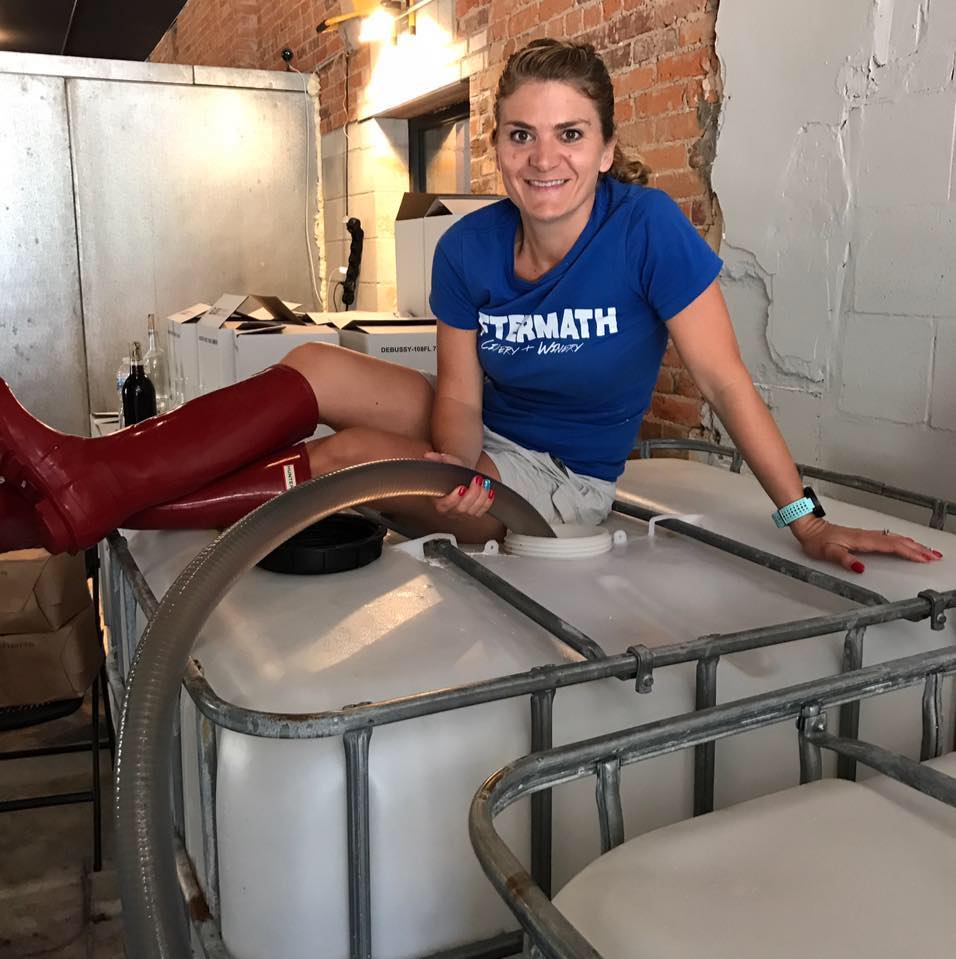 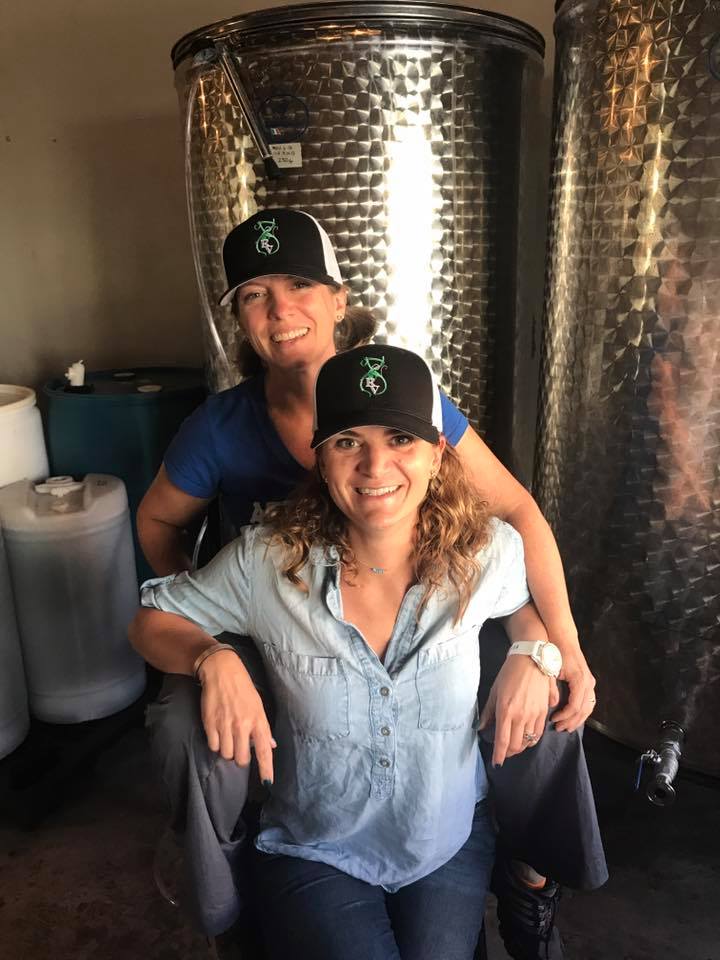 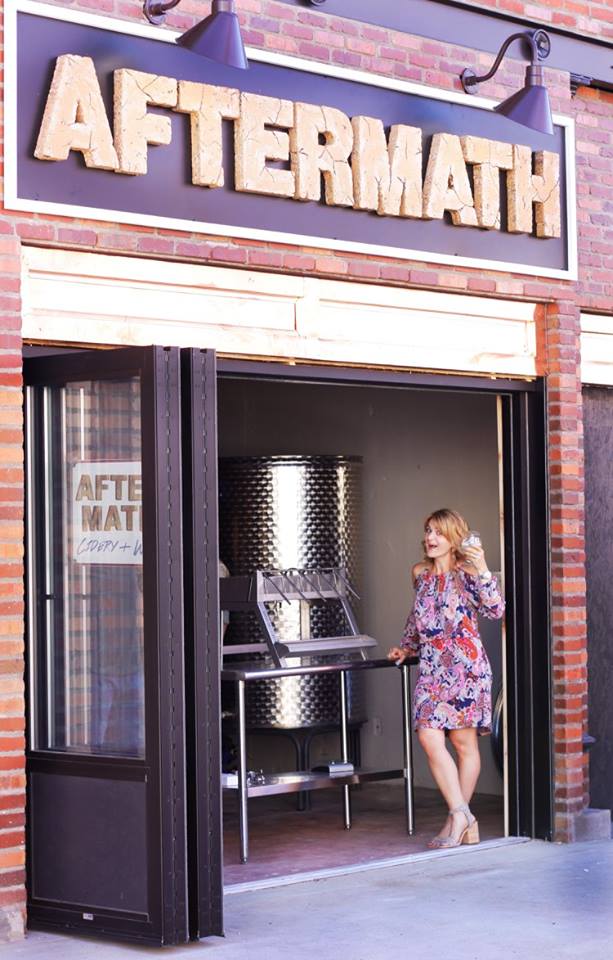 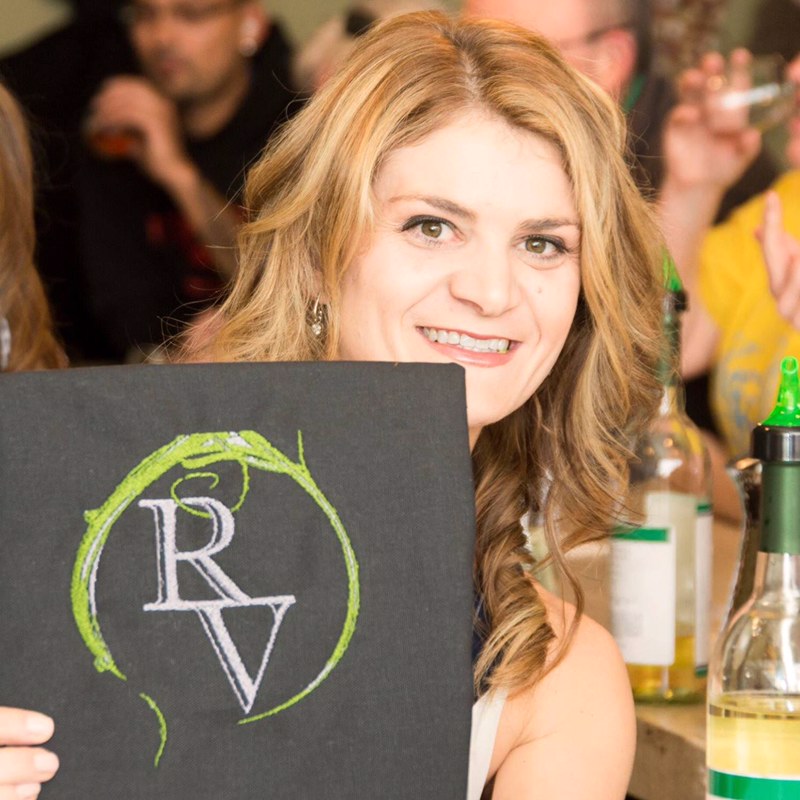