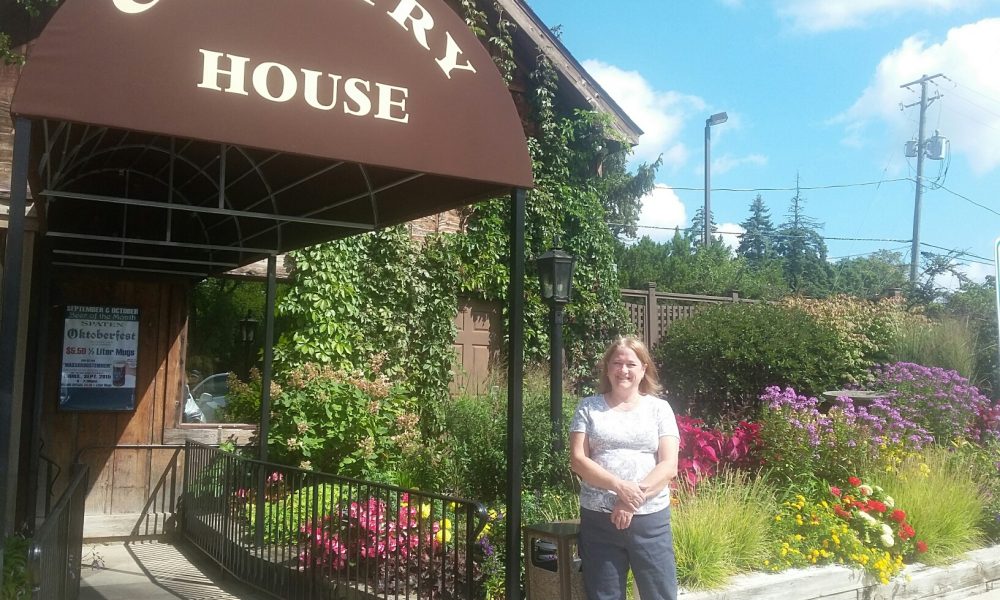 Today we’d like to introduce you to Lynn Banks.

So, before we jump into specific questions about the business, why don’t you give us some details about you and your story.
The 2 story building, at 241 west 55th street, Clarendon Hills, was built in 1922 by Mr. Valentine Kobal. He and his family lived upstairs and ran the restaurant below. In 1958, Val Jr. sold the restaurant to Mr. Richard Montanelli. At the time, Richard operated a successful custom tailor business in Chicago. He bought the restaurant for his mother. By the way, Richard was the one who came up with the name “Country House”. Prior to that it had been simply known as Kobal’s. Anyway, like the previous owners, Richard’s mother ran the restaurant and lived upstairs. By the early ’70’s, Richard’s mother had died, and he was looking for a buyer. So, in 1974, four area residents decided to buy Country House. And, after an extensive renovation, it opened in early 1975. Looking to distinguish itself from the competition, the new owners decided to specialize in char-broiled 1/2 pound hamburgers, served on dark rye. They also featured a small selection of prime steaks, house made soups and salads. In the following years, one by one, three of the partners sold their shares to the fourth, David Regnery. He remained sole owner of the business until he suddenly died in 2009. David’s four siblings and the CEO bought the business from his estate. At the time of his death, Country House consisted of 3 locations; the original and one in Lisle and Geneva.

Great, so let’s dig a little deeper into the story – has it been an easy path overall and if not, what were the challenges you’ve had to overcome?
Since the first Country House restaurant opened more than forty years ago, we have experienced only one major setback. In 2009, the owner David Regnery, passed away suddenly, leaving the thriving restaurant chain in a lurch. Vendors voiced concerns and loyal customers and staff wondered about the fate of the restaurants. It took a while to sort it all out. However, ownership remained in the family and the restaurant chain continues to live up to its proud tradition.

Alright – so let’s talk business. Tell us about Country House Restaurant – what should we know?
Country House restaurants have been family owned and operated for many years. We have employees who have been with us since the beginning and that is rare in any business. Some of our customers grew up coming to our restaurants, and now they bring their kids to eat with us. A perennial favorite among our loyal customers is the 1/2 pound char-broiled hamburger. However, we do not shy away from providing them with the opportunity to try new trends, such as elk or bison. And, by the way, the building in Clarendon Hills is haunted!

Is there a characteristic or quality that you feel is essential to success?
Our success is built on a foundation of quality and hospitality. We serve good food in a warm, friendly atmosphere for a reasonable and competitive price. Our customers know we care and we strive to provide the best dining experience every time they walk through the door. And, when in season, right down to the locally-grown farm fresh tomatoes and ears of corn. In addition, we offer a customer loyalty program, as well as other special programs throughout the year.