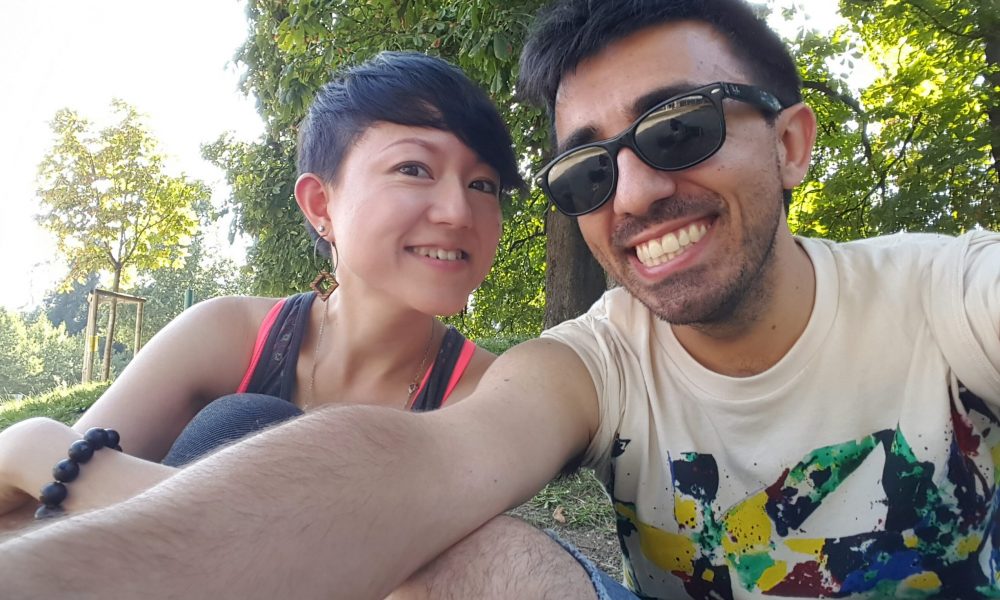 Today we’d like to introduce you to Luca Pontarelli.

Luca, let’s start with your story. We’d love to hear how you got started and how the journey has been so far.
​I’m an Italian man from a little region, often referred as the invisible region, called Molise.

My parents have always told me that starting at a very young age, I was writing and drawing everywhere. Now I’m trying to make this, my infinite passion, into my profession.

Hip Hop (HH) entered my life since kindergarten. I was fascinated by the disciplines of this culture, in particular by the writing a.k.a. graffiti. In my town, Rocchetta a Volturno, HH was not at all widespread.

I used to hang out with the very few people from the crew in town and listened to rap music. We were very passionate about this culture. They were older than me, and constantly being with them allowed me to have a different point of view than those of my age. During this period, I experienced a lot of different styles and techniques in graffiti. There are so many sketchbooks that can testify that. After a while, members of the crew, for one reason or another, were no longer active as if their passion fell asleep.

Soon after, I started high school at Isernia’s Technical Training Institute. In Italy and many European countries, one has to choose his education focus starting in high school according to what he thinks would match his career interests. I ended up choosing a “techy” route since computer science was and is another passion of mine. I figured it would have been the safer direction for my future. I had to commute by the school bus. Riding through different towns opened my eyes. I also met other like-minded people with the love for HH. The first three years in Isernia were the most active ones for me. With my new buddies, we painted on so many surfaces and produced a myriad of drafts. We often gathered, even just to be together, eventually forming a crew which we called ourselves the “Polluted Minds.” Over time, I was steadfast in drawing. I also spent a good amount of time developing my other passions, computers and music (exploring other kinds of music and started playing the drums).

After finishing high school, I enrolled at the University of L’Aquila as a Computer Science major. It did not take me long to realize that it was not my path. I gave a lot of thoughts and did a bunch of research in the field, but it just did not feel right. I was always drawing, on paper, computer, walls, boxes, anything that inspired me. It was before the end of my second year when I decided to leave.

I continued to draw, even more obsessed than I already was. Shortly after, I started attending European University of Design in Pescara as a Graphic Design & Communication major. The curriculum gave me countless new and exciting stimulations that kept pushing me to go further and beyond. That’s how I knew THIS is who I am, my path. After graduated, I worked in the center part of Italy for about two years. As work became scarce and stagnant, I decided to make a bold move and continue my journey in the United States.

Here I am! It has been a little more than four years now that I’m living my adventure in Chicago. After many ups and downs, failures and successes, I’m definitely proud of my choice of giving this shake to my life. Every day I find myself learning new things and growing culturally, artistically and personally.

It’s been truly an amazing experience.

Has it been a smooth road?
Job wise, I consider myself pretty fortunate even though in the past seven years, I was laid off twice. Luckily, I’m an optimistic guy and accepted that it’s just part of the business. It sure felt like a struggle after sending millions of e-mails to recruiters and design companies during the first month I moved to the States trying to find a job. One company finally reached out to me for an interview. Shortly after, they offered me a permanent job with the condition to a 3-month probation period which they ended up shortening it to half of that time.

As a creative, especially in the advertising industry, it’s often difficult to have clients who are open to ideas that are outside of their comfort zone. It’s a common struggle and sometimes is more frustrating than others. Being a foreigner in the States really makes me self-conscious about my English. The need of thinking and speaking in a different language than my mother tongue has been challenging.

Sometimes there is no perfect translation to an Italian slang or saying. It’s something I knew I had to conquer to make this a worthwhile journey. As much as I can deliver the final message with my designs, it’s important to communicate with the clients verbally from concept to execution, from sketches to variations and finally the complete design, ensuring that the subtleness does not go unnoticed. With time and a lot of practice, I am continuously making progress and overcoming the obstacle, not just with the language but also adapting to the American culture. However, some struggles I refuse to get over – like never settling on over-cooked pasta. Four years might not seem much time but it sure feels I have left a long way behind!

So, as you know, we’re impressed with Animamente – tell our readers more, for example what you’re most proud of as a company and what sets you apart from others.
Animamente is a graphic design studio where we focus on creativity and refinement in crafts and details. We are committed to deliver one-of-a-kind type of design solutions. The name is composed of two Italian words, anima and mente, which means soul and mind. Together, Animamente means to put our soul and brain into what we love and deeply passionate about. The composition of the name is straightforward to represent that we are honest with our clients. We encourage comments and open discussions in a productive way. The fundamental elements of our mission are honesty, passion (in every single piece of work we do), eagerness (to perfect at best of our ability every time) and humbleness. We are very proud of who we are, what we have established so far and what we consistently deliver.

I started Animamente as my side gig back in 2011. Later in 2015, my partner-in-crime aka girlfriend joined me handling some of the design, copywriting and proofreading tasks. We often brainstorm together, and occasionally she would take on small projects.

We are constantly evolving and growing as individuals and as a team. Our projects range from canvas paintings, hand and computer illustrations, and murals to designing logos, branding, invitation designs and websites. Through hard work and dedication, Animamente has become a mature and well disciplined entity while maintaining its uniqueness.

Let’s touch on your thoughts about our city – what do you like the most and least?
I love deep dish pizza, cliché! All jokes aside, there are many aspects that make Chicago a great and lovable city. The beautiful and iconic architecture (both old and new), fascinating American history (legacy of the Bulls and Chicago blues), unique grid structure, the food, arts and music scenes. Cultural diversity often can be found in every corner. The convenience of public transportation, many food options, vibrant concerts and night life, along with all the street arts, make it a great place to live. I think that Chicago offers great opportunities for entrepreneurs, certainly an international city that can compete at the world level.

Although diversity is seen in the city, I find Chicago is still somewhat racially isolated. Despite that, gentrifying in neat and affordable neighborhoods is something I do not like to see. Coming from a mountainous part of the world, Chicago’s flat landscape definitely lead to occasionally homesick.