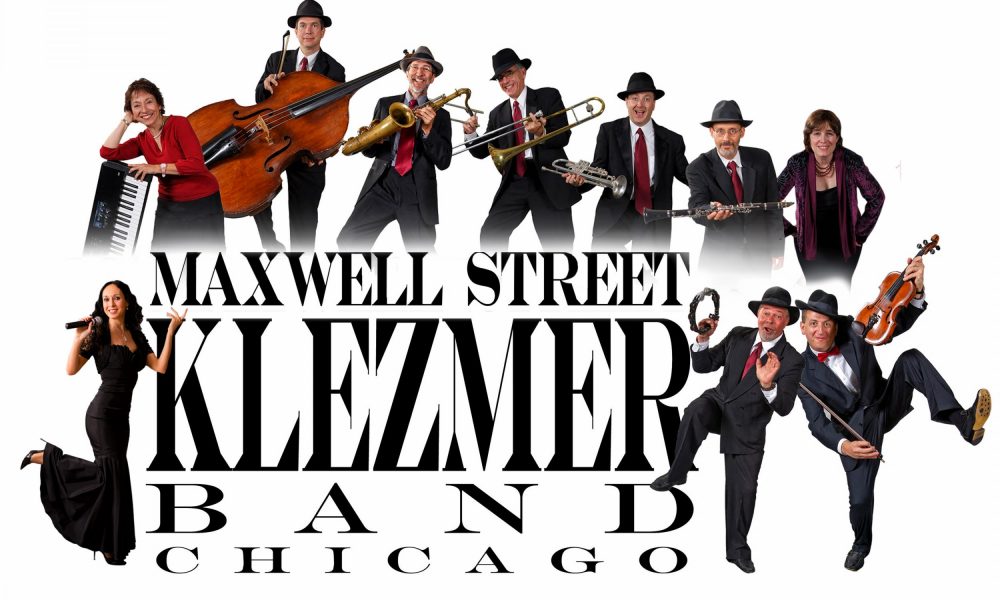 Today we’d like to introduce you to Lori Lipptz and Alex Koffman.

Lori and Alex, let’s start with your story. We’d love to hear how you got started and how the journey has been so far.
In 1983, after singing with other bands, I founded the Maxwell Street Klezmer Band. I had a specific vision of a group that would be in the tradition of Eastern European klezmer bands–playing at Jewish weddings and celebrations–but also of a concert touring and recording quality. From that time till now, I have been the artistic director of the band.

In the 1990s, my musicians and I began focusing on the continuity of the music, and how to make the klezmer revival permanent. To seek support for education and outreach, I created an organization called The Klezmer Music Foundation in 1994. We started the Junior Klezmer Orchestra, and launched other family-oriented performances (including “Hershel and the Hanukkah Goblins,” which played several holiday seasons at the North Shore Centre for the Performing Arts) in Skokie. In 2001, we added a new project to the foundation’s roster: an interfaith band, to show Jews, Muslims and Christians making music together. It continues today as The Salaam-Shalom Music Project (and is just as needed today as after 9/11).

The highlights of Maxwell Street’s career to date include playing at Carnegie Hall and Lincoln Center, recording six albums, playing at European festivals, performing an original work with Lyric Opera of Chicago, and another original work at Symphony Center. Playing at celebrations is a special joy, now that we have spanned a generation of life cycle events with some of our families. Last month, we played at the wedding of a man whose bar mitzvah we played at, and the month before, we played for a bar mitzvah of the son of a woman whose wedding and whose bat mitzvah we had played! And the Junior Klezmer Orchestra evolves from year to year, now bringing in a large proportion of children from Russian-speaking families. Every day brings a new adventure.

Overall, has it been relatively smooth? If not, what were some of the struggles along the way?
The road has not always been smooth–but the music has only improved over the years. Three individuals with whom we have been associated over the years (a record label and two promoters) have been crooks, pocketing the proceeds of our recordings and performances and setting us back tens of thousands of dollars. Those would be the lowest dips in the road. Other struggles, besides the usual travails of people trying to support themselves playing music, would be the difficulty in getting our unique, Chicago-style brand of klezmer out to audiences that appreciate that sound. Ours is a brassy, Big Band sound with traditional jazz instrumentation, classical music influence, Russian elements, and a dose of humor. When we have had the chance to entertain outside of Chicago, it has always gone well. But the agents live on the East Coast. That’s always been the challenge.

Maxwell Street Klezmer Band (The Klezmer Music Foundation) – what should we know? What do you guys do best? What sets you apart from the competition?
Our company is the not for profit Klezmer Music Foundation. We support musical performance, education and outreach, with the goal of restoring the lost art of Yiddish music to the Jewish community of Chicagoland. Our musicians have studied the klezmer style, and can perform and teach it. We are known for being audience-pleasers, with an engaging repertoire and rousing, energetic performance style.

As a company, we are most proud of having played and taught continuously since 1983 at the highest level of professionalism. What sets us apart from others is our audience-focused, client-centered attitude, our sensitivity to balancing artistic taste and popular music choices, and the world-class playing level of our musicians.

What is “success” or “successful” for you?
In music, success has several markers. There is artistic success: Reaching a level of performance skill that exceeds the expectations of the most demanding audience. There is financial success: being able to live securely and provide for one’s family using ones musical skills. There is celebrity success: being a known quantity, respected within ones field and enjoying broad name recognition. Aspiring for all of these and achieving them is the challenge of every career musician.