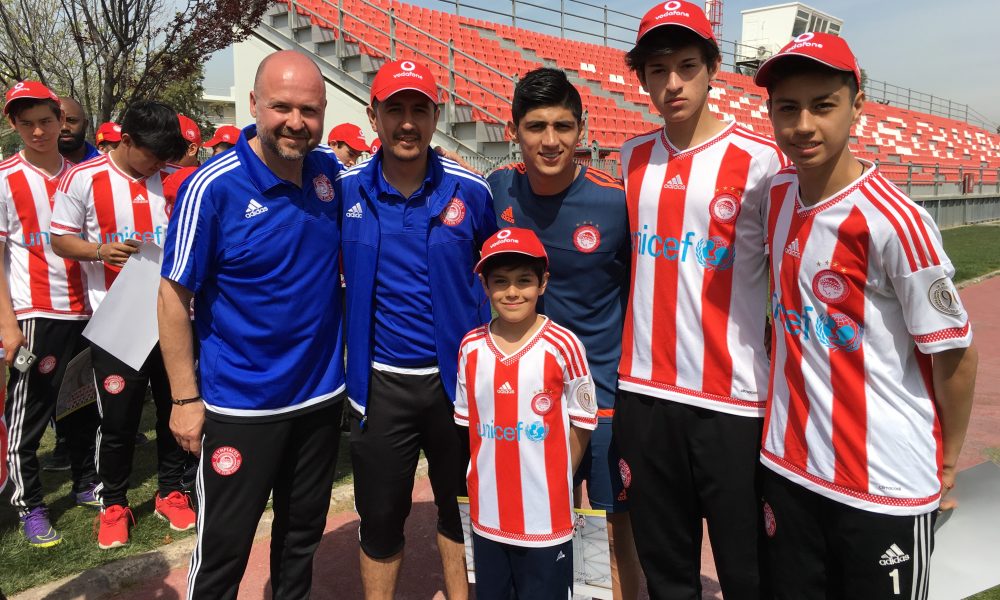 Today we’d like to introduce you to John Kosmas.

Kosmas started playing soccer in 1975. In 1981 he moved to the United States from Greece. At that point in time 1981-85 he played high school soccer at Amundsen High School on the North side of Chicago, Illinois. He helped Amundsen win the City championship in 1985. This was the first championship after a 67 year drought for Amundsen.

He then was approached by North Park College to receive a full athletic scholarship for soccer. But for family reasons he could not take it. Instead he attended Northeastern Illinois University 1986 thru 1990. He did not play soccer there because the University did not offer soccer then. However Kosmas played soccer at the club level during this time.

After graduating from University he continued playing soccer at the club level. In 2004 he created the first ever North American Greek Soccer tournament that took place in Schaumburg, Illinois. For the next seven years until 2011 the tournament continued to draw more than 50 teams from the U.S. and Canada.

In 2008, he created a local adult soccer club with teams ranging in age from 18 to 60 years old. He also played on one of those teams. Throughout all these years of playing soccer he watched kids playing in the United States and at the same time his own two sons played soccer as well. One of the things he noticed was the lack of player development, which he had experienced first-hand as youngster in Europe.

It has always been his passion to work with kids. He also always wanted to do it the right way. So he partnered with a European soccer club in order to do that. In late 2010 his wife Angela and Kosmas traveled to Greece and presented their youth soccer club idea to one of Europe’s best soccer clubs Olympiacos FC. They are a big club that has been a part of UEFA Champions League for 17 of the last 18 years.

Their proposal was to bring Olympiacos FC Program Academy to the United States. At that time Olympiacos FC only had academies in Greece. In early 2011 they were notified that they had been selected to run the first ever Olympiacos FC Academy outside of Greece.

September of 2011 Olympiacos FC sent four representatives to Chicago to officially open the academy. Since that time the Academy has grown from one team and ten players to over 17 teams and 270 plus players. Their focus is boys and girls from three to 17 years old.

We’re always bombarded by how great it is to pursue your passion, etc – but we’ve spoken with enough people to know that it’s not always easy. Overall, would you say things have been easy for you?
We have only been open four years, and the academy continues to grow. We are different from other academies because our focus is player development. For example, in our first three years our academy has won the US National Cup at the U15 (under 15 years old) level.

In the process of winning these awards, we discovered that Hispanics are 60 percent of our players. However, many times they cannot afford our program. As a result we saw an opportunity to help under privileged players of all kinds. We help them with subsidized costs (registration fees, normally cost $1,800 for the year. Depending on the situation we can reduce that fee to as little as zero dollars.)

Branching off from the Greek parent club, Olympiacos FC, this is our first academy in the USA and it is an essential part of the Olympiacos FC youth academy globally. Players who attend the soccer school, adhere to the club’s mantra, wear the club uniform and uphold “The Beautiful Game” in a respected and passionate way. Young players have a direct access to the Olympiacos FC academy in Greece and the possibility to be chosen for academy first team play too!

The purpose of this club network isn’t solely for commercial purposes, it’s for children of all ages to take part and experience football and sports in general. The club fosters its players from young ages and looks to impart knowledge about the sport and also being a socially responsible citizen to the community.

So, what’s next? Any big plans?
Opening additional locations (Deerfield).