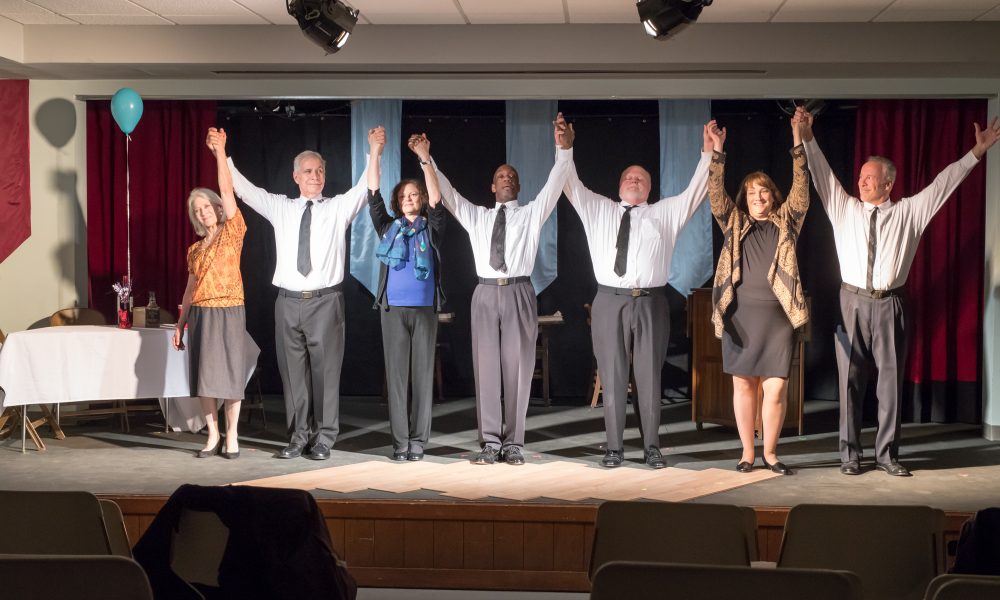 Today we’d like to introduce you to John Frank.

Thanks for sharing your story with us John. So, let’s start at the beginning and we can move on from there.
The 2nd Act Players officially incorporated as a not-for-profit theater in 2015, but our roots go back to 2012 when I was forced to have heart surgery to open a severely blocked artery leading to my heart.

That near-death experience convinced me to start doing some of the things I had said for years that I would do “someday.” Someday had become now for me.

One of those endeavors I had planned to do was to write stage plays based on various events in my own life. I began taking acting class to gain insights into what works and doesn’t work in scripts and wrote my first play, “New Year’s Eve at Grandma’s House,” in early 2013. The play examined the immigrate experience through the eyes of an Italian-American family on New Year’s Eve 1960. We produced it on stage in April 2013.

We stage plays that look at key 2nd Acts in people’s lives, such as surviving heart surgery or divorce or the death of a loved one or coming of age during a time of war. We search out works that everyday people can relate to in very personal ways.

Great, so let’s dig a little deeper into the story – has it been an easy path overall and if not, what were the challenges you’ve had to overcome?
The biggest obstacle to growth has been finding volunteer board members to work on our various productions.

We literally work on a shoe-string budget and require our board members to volunteer their time on all the nitty-gritty elements that need to be done to produce plays. Most have burned out as a result and left the board.

Finding creative people who want to share our dream of building a theater has been extremely difficult. We’ve worked with some incredibly talented actors over the years but their interests lie in acting, not theater building so we have not be able to recruit them for our board.

I had hoped we would be a beacon for those who love theater to build a powerful new showcase on the North Shore, but finding like-minded creative individuals to help shoulder the load has been next to impossible, increasing the workload on me tremendously. I did not start this to be a one-man band but that seems to be the fate of anyone trying to build a new theater.

2nd Act Players – what should we know? What do you guys do best? What sets you apart from the competition?
Our mission is to showcase new talent and new works for the stage. Since 2013, we have produced four plays I’ve written and three written by other new playwrights. We have featured more than 40 new actors in those productions. We’ve attracted hundreds of new theater-goers to our Evanston stage as well as doing improv shows across the North Shore.

What moment in your career do you look back most fondly on?
Sellout performances for our 2015 production of “Boys in the basement,” a poignant look at divorce from a man’s perspective.

Being recognized by the office of the mayor of Evanston with an honorable mention in the 2016 Mayor’s Art Award competition.