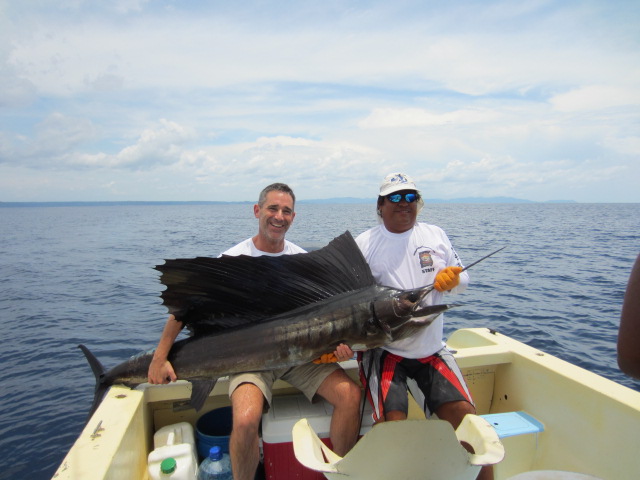 Today we’d like to introduce you to Eric Lazar.

He has lived in Chicago for 18 years, hailing from Port Jefferson, New York, the son of a Jr High School Principal and secondary school teacher. In 1986, at the age of 17, he enlisted in the Marine Corps, where he was accepted into the Defense Language Institute (DLI) in Monterrey, California and trained as an Arabic translator. He went on to further schooling in Dam Neck, Virginia where he became an Intelligence Analyst. He spent the majority of his enlistment serving in an Intelligence Specialist capacity with both a Combat Engineer Battalion and Electronic Warfare Squadron gaining an expertise in South East Asian affairs; he was honorably discharged at the rank of Sergeant in 1994.

Eric’s professional career is broad and varied, while mainly operating in a sales leadership capacity within the advertising and marketing fields, he has had ‘bouts’ with entrepreneurship and is now into his third owned start-up venture as a franchisee within the SpeedPro Imaging organization.

Before buying SpeedPro Chicago Loop, Eric spent a majority of his career in broadcast television as a top business developer and sales manager, including 3-years with WPWR-TV, here in Chicago. Upon the sale of the station in 2002, Eric was hired by Sinclair Broadcasting, the largest holder of TV stations in the United States. Eric was tasked to beta a model by which to create greater efficiencies for the National Sales team, the design he proved out between 2002-2008 is still in use by the company and has been replicated by numerous other ownership groups across the country.

Hit by the entrepreneurship bug again in 2008, Eric launched a mobile technology company, specializing in SMS, mobile web and application development. Within months of starting, Eric’s company was absorbed by another local Chicago start-up where he became the VP of Sales. In his new role, he helped drive the company from 4 people and $680,000 in revenue to 21 people and $5 million in revenue in just 4 years, when the company was bought for just short of $15 million.

At the completion of Eric’s career in the mobile realm, he once again looked to the start-up world, although this time decided to pursue the franchise route and purchased the rights to SpeedPro Imaging, the premier large format digital graphics solution in North America. Only months into his first year with the organization, he was appointed by the CEO to sit on the six-member National Franchise Advisory Committee to which he was elected President only a year later. In just their first two years, his studio has been featured in multiple national trade magazines, enjoyed a Top 10 national standing in their 5th month of operation and has broken all sales performance benchmarks for similarly aged studios by upwards of 3-times previous records. They were the 2016 SpeedPro national franchisor’s “Rookie of the Year”.

Great, so let’s dig a little deeper into the story – has it been an easy path overall and if not, what were the challenges you’ve had to overcome?
It has most definitely really been a mixed bag of successes and challenges for SpeedPro Chicago Loop. As almost any franchise owner will attest, among the allure of buying a franchise is the benefit of being handed proven systems, processes, methodologies and a knowledge base that couldn’t be gained without the experience of others who came before. Certainly, Eric’s reasoning was much the same; embracing the belief that it was well worth paying a few percentage points in royalties for guaranteed expertise and support versus the greater risk of having to go it alone.

In large part, the benefit of belonging to a strong franchise system has proved correct, the SpeedPro Chicago Loop team has excelled in the franchise environment. However, their first years remained plagued by problems not related to the printing business per se, but by the real estate developer where their brick and mortar location is situated. In fact, the 17-month delay between when they were slated to move-in and the actual readiness of the property for occupancy brought the company to the verge of bankruptcy, despite all of SpeedPro’s early success.

To say the least, the challenges they faced getting into their location created an unprecedentedly rocky road for the SpeedPro team, but as Eric said many times throughout our discussion, ‘fear is a hell of a motivator and failure is never an option.’

The purpose of our mission is to create “Surface Impact”! The Chicago Loop team seemingly coined the phrase relative to printing and it’s a simple concept we continually evangelize. In essence, we seek to take a holistic 360’ view of a space, a brand, a need and work to maximize the influence of every available surface to achieve the greatest visual effect. Our hands-on, collaborative approach is designed to accomplish one thing; an effective marketing solution!My team and I assume a hands-on approach in all we do, willing to survey a client’s needs from every angle to find both innovative and cost effective ways to bring creative vision to life.

My business partner Rebecca Considine and I pride ourselves on our bright client-centric team and our sophisticated suite of printing technologies. Whether it’s our solvent, latex, UV, high-speed-precision cutting or dye-sublimation equipment, SpeedPro is perfectly suited to deliver superior quality visual communications package in record setting time. The end result for our clients is a customized solution that’s impactful and engaging. Indeed, it’s easy to work with us because we boast more than 35 years of advertising, marketing, digital, design and print experience; we strive to learn about a client’s brand and become an extension of that brand’s team. Chicago Loop’s ‘agency’ approach is unique to the industry; as we’ll tell you, we don’t walk around town schlepping samples, instead, we come touting creative ideas and impactful solutions. Our client’s most certainly enjoy a wonderfully refreshing level of expertise and professionalism that’s challenging to find at an ordinary print studio.

Most uniquely, having served in the U.S. Marine Corps between 1986-1994 and sustaining a disability resulting during my enlistment, SpeedPro Chicago Loop qualifies as a proud disabled veteran-owned business. Rebecca and I are fervent supporters of the veteran community and steadfast about being exceptional corporate citizens; collectively sitting on multiple boards and committees, we are extremely well networked with influential leaders, chambers of commerce and business associations that serve to support and promote the Chicago community in a meaningful way. To cap it all off, SpeedPro Chicago Loop donates 1% of their profits to charitable and not-for-profit organizations through cash or in-kind contributions.