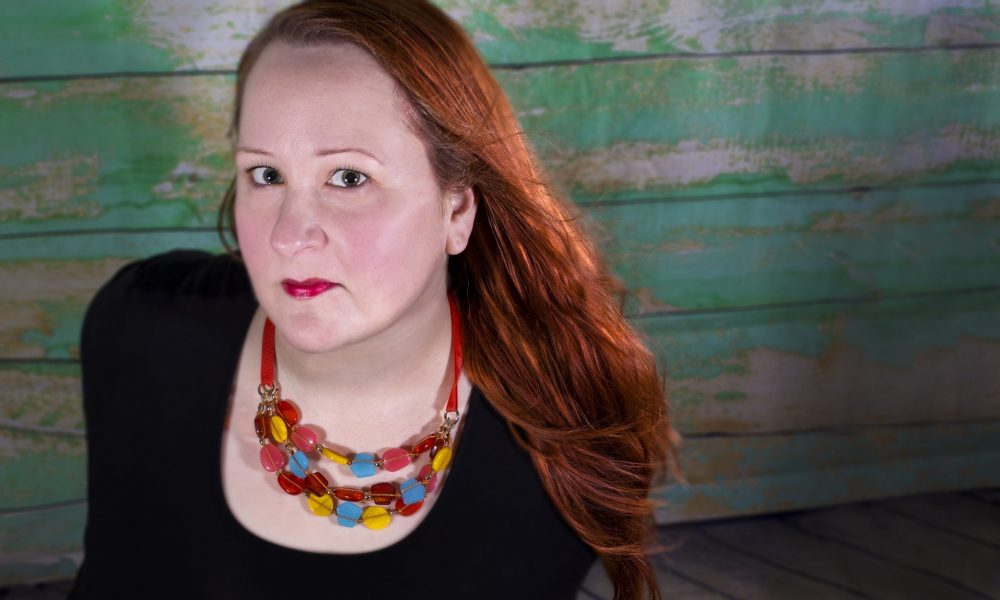 Today we’d like to introduce you to Elizabeth McQuern.

Thanks for sharing your story with us Elizabeth. So, let’s start at the beginning and we can move on from there.
I moved to Chicago from my small hometown in Indiana with two goals in mind: to get involved in comedy, and become a writer. I didn’t really know exactly what that meant, but I’ve been fortunate and found opportunities in both areas, as well as branching out into other creative areas as well.

While scraping together a living as a freelance writer, first I spent a year doing the writing program at Second City, ran a blog about Chicago comedy for a few years, and before long I started dipping a toe into the stand-up waters a bit. It didn’t take me long to figure out that performing was not my bag, but eventually, I learned that producing, filming, and photography were.

I started doing performance photography at my own show, the weekly stand-up showcase Chicago Underground Comedy (“ChUC”), which I co-produced with my friend Dan Teller (now the senior editor of Mad Magazine). ChUC lives on, Tuesday nights at 9:30 at the Beat Kitchen, 2100 W. Belmont. It’s $5 for a great show including comics you’ll be seeing on the movie screen in 5-10 years. It’s really a robust incubator for Chicago comedy talent. (Kumail Nanjiani, recent Oscar nominee, was one of our founding cast members.)

I also took performance photos at my boyfriend (now husband)’s comedy shows. He has been a teacher at Second City for about ten years, created the stand-up program there along with Dan Telfer, and is involved with the production company Blewt!, which is tremendously prolific and really special. I also filmed my own show every week, editing and distributing the comedians’ clips to them, so I was truly immersed in the work of our own 16 castmembers, as well as our more frequent guests.

At some point, my friend Cameron Esposito, a fellow castmember at ChUC, told me she wanted to screen a short at the Lincoln Lodge’s Halloween show and asked me if I would film it. It was about the Bride of Frankenstein’s realization that she was, indeed, gay, and in love with a beautiful lady vampire. It starred my husband as Frankenstein, and though it was filmed long before I had a good camera, or knew anything about sound and lighting, I still consider it quite charming.

(Cameron moved to Los Angeles a few years ago with her wife Rhea Butcher, and they hit the ground running. Not only do they have a successful web series and tour like rock stars, but Cameron had a major role in a movie directed by the late Garry Marshall, with the rest of the cast including Julia Roberts, Jennifer Aniston, and Kate Hudson.)

I produced Chicago Underground Comedy for eight years, and I sort of consider it my film school. Over eight years you watch people’s talent evolve and mature, you witness their growth and success, and I wouldn’t trade those years for anything. We were the “best of local talent” show for all five years that the Just For Laughs Festival was here, and I feel incredibly lucky to have had that experience.

Parallel to developing as a filmmaker, people started asking me about doing comedy headshots, and with my lifelong tendency to want to learn every little thing about my interests, I started teaching myself all about my camera, and photo editing, and lighting, and posing, and building sets. I started finding more and more work and kept learning more and more.

In 2013 I got married and had a baby, so I slowed down with work, and I handed the reins of ChUC over to the younger cast members. I found it very difficult to continue my writing career while raising a baby, so I started phasing that out and started really focusing on photography and film.

I’m constantly learning more and more about how to improve my work. I love it as much now as the first time I did it, and I probably always will. I continue to work on my professional skills and am working part-time, but I’m also gearing up to really reach out and find more new clients when my son starts kindergarten next September.

And in the meantime, I’m preparing for my first ever public photo exhibition, more information about which can be found here:
https://docs.google.com/document/d/1TFOl_WYqVJdpuURdiJeRsiMBzz3CUnUupn8kPod6q0/edit?usp=sharing

Great, so let’s dig a little deeper into the story – has it been an easy path overall and if not, what were the challenges you’ve had to overcome?
Like a lot of creative people, I have insecurities, but instead of letting them keep me from progressing, I’ve learned to let them drive me to work harder, learn more, and constantly be improving my art. I am completely self-taught, and sometimes I think “oh my gosh, people who went to art school know all these basics and tricks I have no idea about!” but the great thing about being an autodidact in the age of the Internet is there’s a tutorial online for pretty much anything you’d care to know about.

I am also lucky to have several friends whose skill levels are developed far beyond mine who are patient and kind enough to help me with technical questions when I get stuck on using a new piece of equipment or a new technique. I’m one of those artists whose greatest obstacle is themselves, but I’m working on that.

Please tell us about Elizabeth McQuern Photography + Film.
I do photography and film work, and my website is chock full of work samples I’m really proud of.

In terms of photography, I do corporate work, headshots, portraits, weddings, family and children’s photos, and live performance photography. I’m also open to new kinds of projects I haven’t done before. I like the challenge of learning something new and walking away with a new skill because someone was willing to take a chance on me.

The thing people tend to say most about my photography is that my subjects always look very relaxed, and you can see their true personality shining through, and that makes me very happy because that’s a big goal of mine.

My film work portfolio includes a lot of silly comedy stuff I did for, say, Second City, that I don’t have on my website, but is really the stuff I cut my teeth on. As with my photography, people seem to respond to the very personal touch I put on my film work, even when it’s completely someone else’s story or message. People say “I can tell you were truly interested in the subject matter,” and I’m thrilled when that comes across.

Do you look back particularly fondly on any memories from childhood?
Some of my favorite childhood memories are from when I was the photographer for my high school paper, getting obsessed with the darkroom, and taking silly self-portraits of myself (long before the age of the selfie). It’s so funny now to think that we took photos on a roll of physical film and had to wait a few days before getting them back from the developer.

I also messed around with my family’s video camera a lot and learned how to edit from the video camera to the VCR. My friends and I made ridiculous short films that probably don’t even exist anymore because they’re in a moldy box up in the attic of my parents’ barn in Indiana. (It’s probably better that way.) 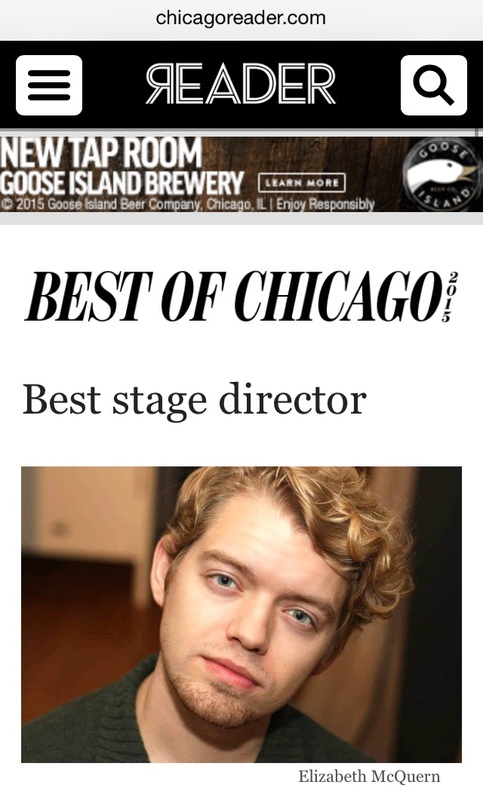 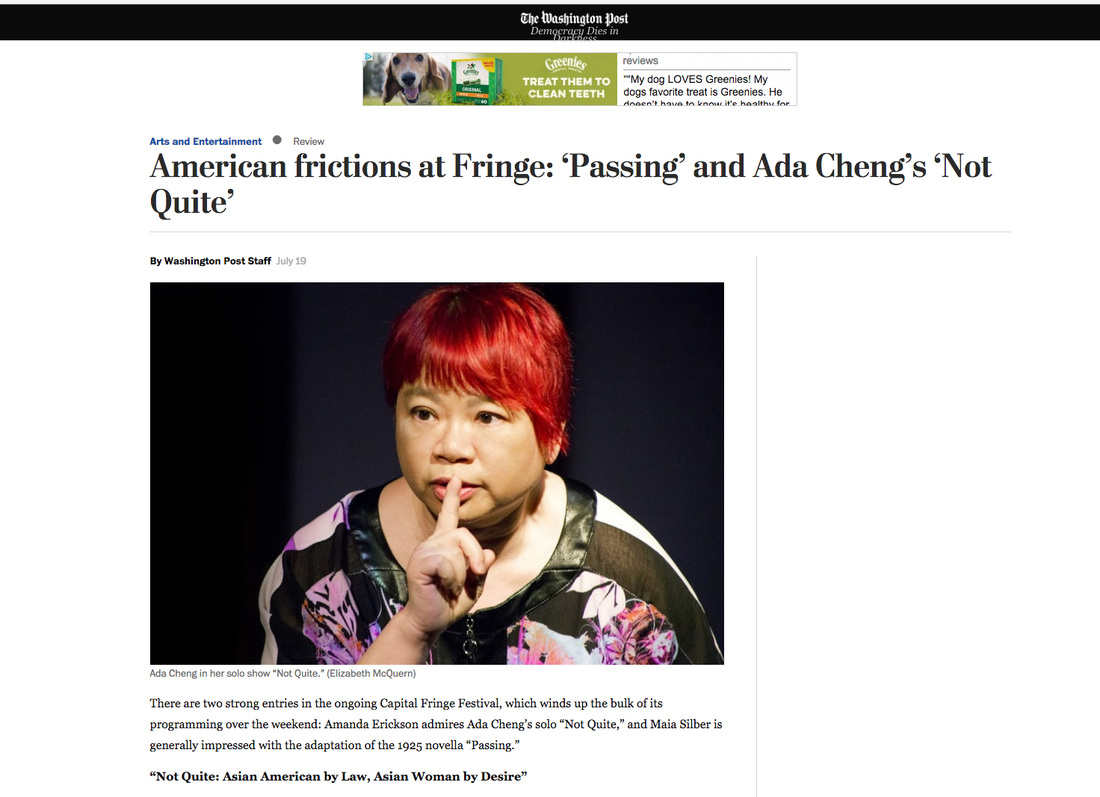 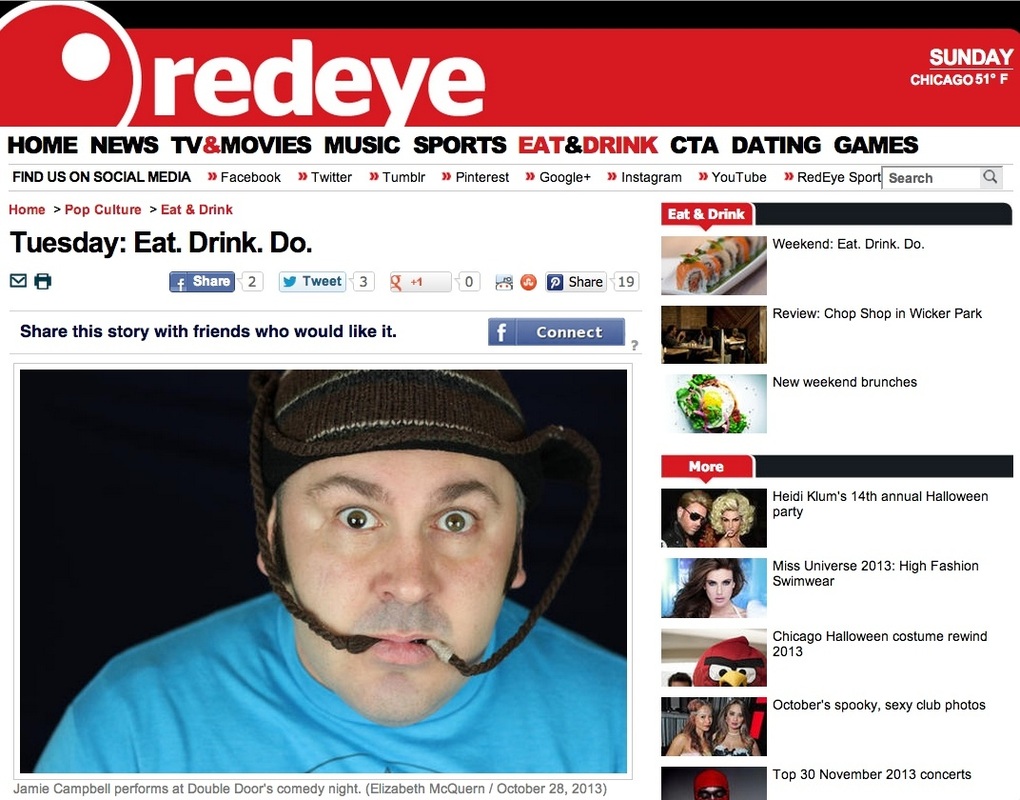 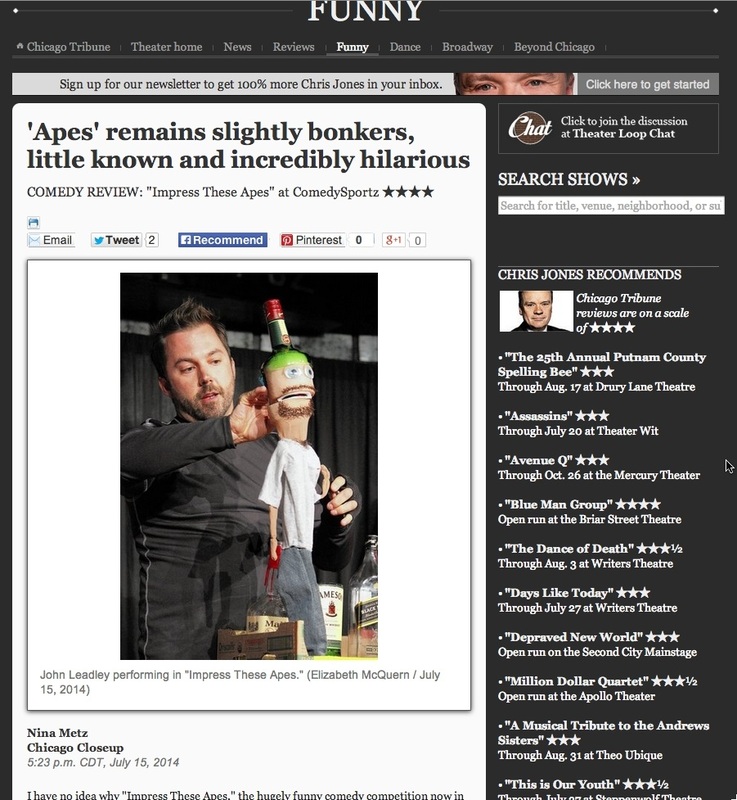 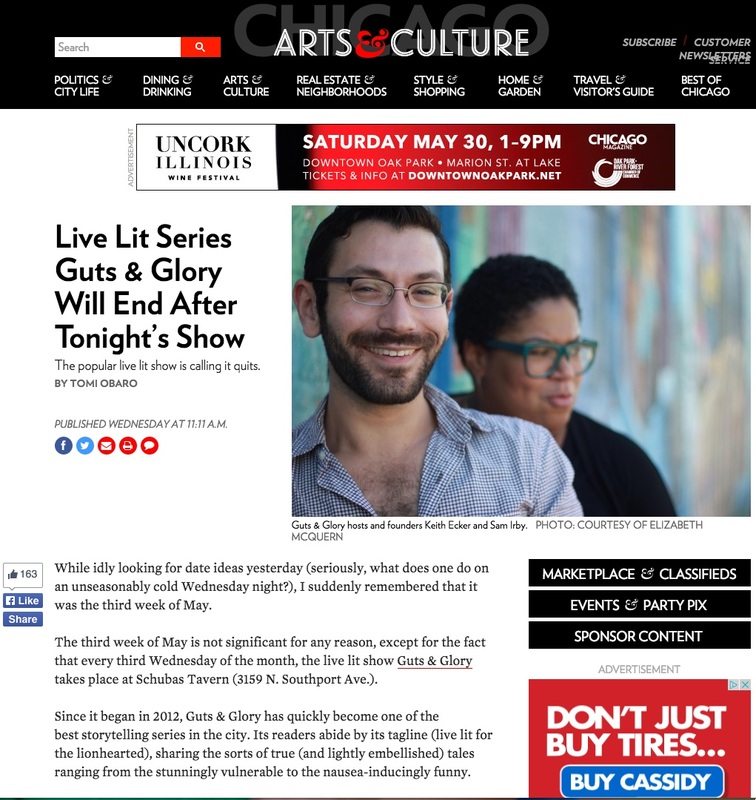 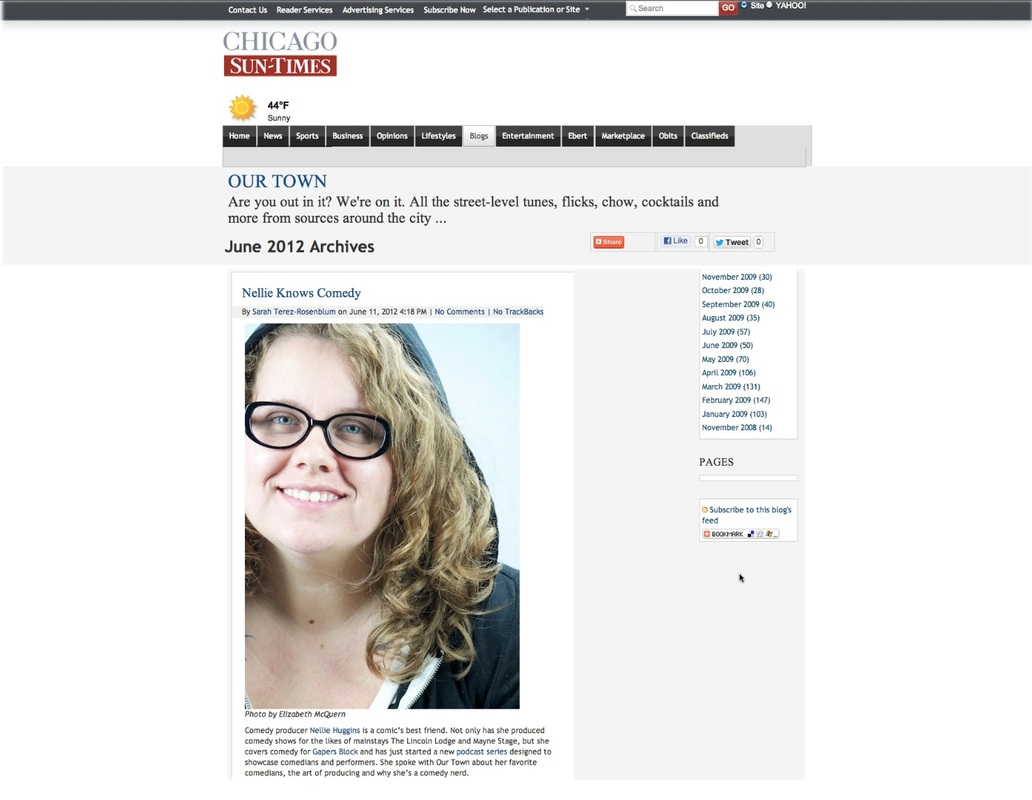 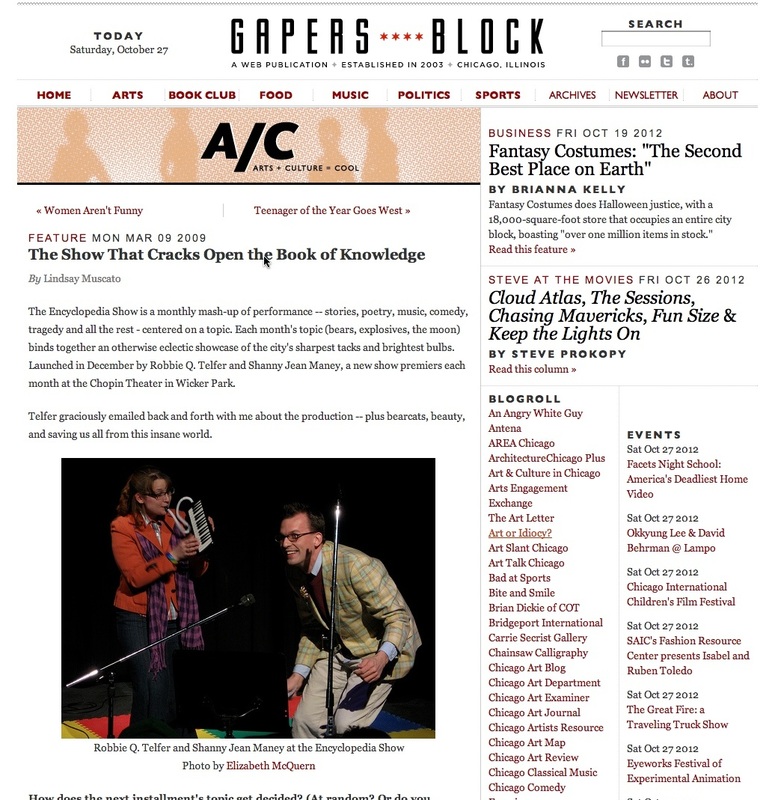