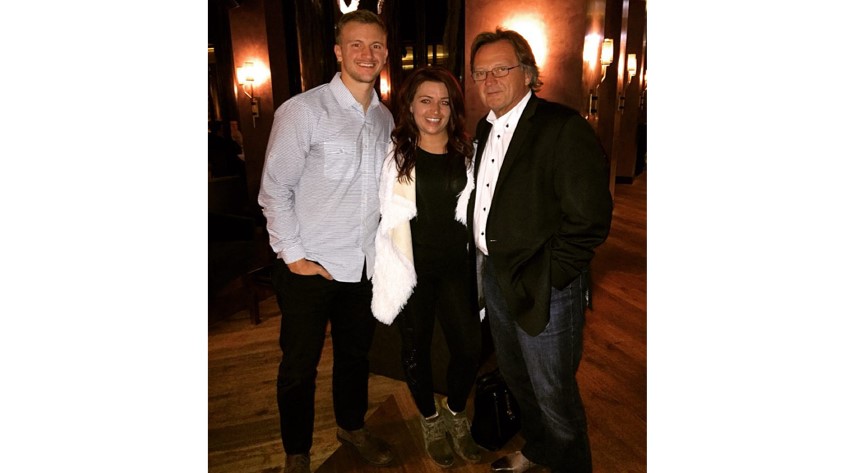 Today we’d like to introduce you to Christopher and Manfred Bauer.

Christopher, Manfred, please kick things off for us.  We’d love to hear the story.
Coming to a foreign country with little cash and a big dream… This is the American Dream isn’t it. From nothing to something… No family, a foreign language, a new culture, and just enough cash to get by… That is how Manfred Bauer started Wein-Bauer, Inc.

Manfred Immigrated from Austria in 1980, where he worked at his father’s winery just outside Vienna, his vision was to bring his families wines and story to America.

Everything that could go wrong did in the first few years for Manfred but an entrepreneur never sees that as failure… they see it as an opportunity to learn and grow.

In such a saturated market like the United States it is difficult to stay relevant, financially viable and carry a portfolio of products were this is a consistent demand. Like most entrepreneurs, Manfred was confronted with all these in the early stages of his career. Unfortunate events like the Austrian Wine Scandal and importing 5 containers of spoiled beer from a supplier who took took the check and closed their doors occurred. When things like this happen to an importer or any business person its known as the breaking point, when it seems like all the chips are stacked against you and you sit on the verge of your dream becoming a nightmare. Manfred could have packed up his one bedroom apartment/office/warehouse and returned home in 1985, most people would have, heck I for sure would have. But that’s the thing about adversity, yes it helps to prepare yourself but it will always presents itself and the only thing that matters then.. is how you react. So instead of calling it quits Manfred shifted gears focusing on a German driven portfolio, fine French Wine and even working with artists like Adi Holzer to create his own wines and trademarks.

Starting from scratch 5 years into grinding early morning and late nights… Manfred explored new avenues and wine regions… diversifying his portfolio and selling with a chip on his shoulder for the last 37 years. Today, Manfred is still importing wines from all over the world, extending the legacy of family business with his son Christopher and daughter Sabrina. The Bauer Family also operates food stands during the holiday season at the Christkindlmarket in the Naperville Settlement. They serve traditional Austrian dishes and delicacies, so stop by for a Bratwurst or Potato Pancakes at their stand “The Austrian Lodge”.

Overall, has it been relatively smooth? If not, what were some of the struggles along the way?
– Austrian Wine Scandal (1985) when Manfred imported primarily Austrian Wines.

– Building a business in a second language were sales is the main business.

– First order of beer (5 containers) all prepaid from former Yugoslavia. All beer was spoiled and the company that sold the beer was out of business.

Please tell us about Wein-Bauer.
We are importers of wine, beer and spirits from all over the world, we specialize in German and Austrian wines. We were the first company to bring a blue bottle wine into the market, with Schlink Haus. We are family owned and operated and have a team of outstanding regional managers across the country that service the market on a national level. Our ability to adjust to the markets demand and cater our marketing efforts to each individual customer has kept us relevant for so many years.

If you had to go back in time and start over, would you have done anything differently?
Nothing. This is my story and I am proud of it.