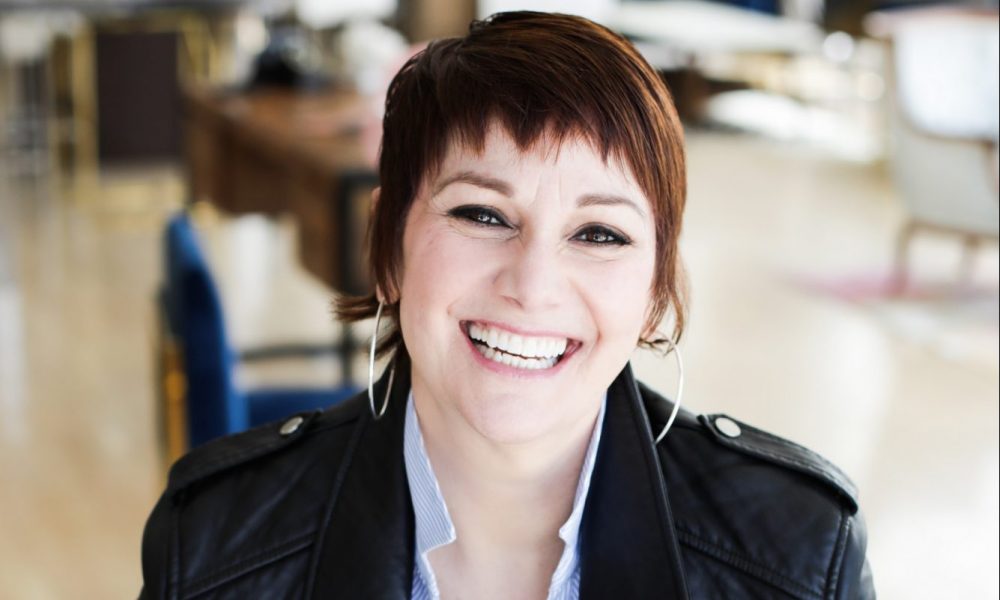 Today we’d like to introduce you to Marie Anderson.

Marie is a former fashion model and now has over 38 years of global fashion modeling experience working as an agent with every top fashion agency in Chicago including her own, Aria Model & Talent Management, which she founded and sold to Ford Models. She changed the world standard of beauty when she discovered and launched the supermodel Cindy Crawford. The rest, as they say, is history. Today Marie is a professional speaker, international fashion model agent, author, and scout.

Her life’s passion is working on social issues to ensure teens in the entertainment industry develop into socially conscious and responsible entrepreneurs. Currently, Marie is developing Boss Babe Models which is a Chicago based online tutorial program (not an agency) teaching young boss babes how to become professional models while empowering their dignity and self worth. She considers herself to be a human rights activist who advocates protecting young models from sexual exploitation and hostile work environments.

Marie further helps these teen entrepreneurs to focus on a positive body image and maintain their core values of Integrity, Faith & Courage. Marie is the author of two sold-out, internationally published books, Model, The Complete Guide to Becoming a Professional Model and Model, The Complete Guide for Men & Women. She is also the creator and producer of the audio CD book, The Wizard of Editorial: How to Really Become a Successful Model.

We’re always bombarded by how great it is to pursue your passion, etc. – but we’ve spoken with enough people to know that it’s not always easy. Overall, would you say things have been easy for you?
My life has never been a smooth road. The key in childhood was to learn how to embrace my bumpy journey and to understand that I had to be my own advocate in all areas of my life. Although my father was a rocket scientist at Cape Kennedy for NASA during The Apollo Moon Program he was rarely around our beautiful home. This lead to contending with my violent, fully functional schizophrenic mother who became the primary caretaker for me and my older siblings.

With my being diagnosed with ADD and Dyslexia as a child, I was placed into lower learning level classes. There I was continually told by educators that I was, “stupid” as a result of the ongoing testing results being ‘poor’. That label would drastically affect my self-esteem in profoundly negative ways resulting in my giving up trying to be a good student. My grades were never good and being in the Principals offices for misbehaving was a common experience throughout my fundamental years in Academia. Attending college was never appealing to me because I didn’t want to repeat the humiliation and anguish all over again within the traditional classrooms.

Modeling became my calling in adolescence. Due to my mother having been a model early in her life, she would later produce fundraiser fashion shows in our Cocoa Beach, Florida community. She booked me as a model for those shows and she also taught me how to design and sew clothes. The fashion industry was definitely my destiny however it wasn’t until I would barely graduate from high school, move to Chicago and acquire my first industry job as Studio Manager, to the Chicago based international fashion photographer, Stan Malinowski, that I absolutely knew where I belonged for the rest of my life.

Working and producing shoots for Stan I would acquire a phenomenal education by traveling to Rome to shoot the Italian Collections twice a year, frequently working in New York with Vogue Magazine and then also producing his catalog shoots back in Chicago for clients like Sears and Marshall Fields. One week Haute Couture and then the next would be catalog. It was incredibly diverse in cultures, exciting to create and very empowering for my business education. As the years passed, I would realize how blessed that I was in being exposed to such magnificence and also realizing just how little information and exposure there was available to empower others desiring careers within the industry. This is the reason that I decided to write my first book on how to become a model. Regardless of my father telling me, “Who’s going to want to read what you have to say? You’re not college degreed! You have your arms around a comet, Stardust on your shoes and you’re going nowhere kid!”

It was his discouraging words that were the critical turning point in my life. I refused to allow anyone else to define my abilities in what I could or couldn’t do. Therefore, I didn’t let him or the slew of other naysayers to discourage my objective in passing on the priceless knowledge to others globally. Although I had a few advocates to emotionally support me, there was no financial support from anyone to ensure the publication’s initial success. During the late eighties, it would take me three years and cost me thirty-thousand dollars to finally get the attention of high-end publishers and secure their offers. But I did it! My first book was published worldwide in multiple languages: Model, The Complete Guide To Becoming A Professional Model. Cindy Crawford graced the cover of that first book. It was with that endeavor that I fully realized that I wasn’t ‘stupid’ after all and that I could accomplish miracles in my own life and also assist in others helping create miracles in their lives as well.

Having been in the industry for years, I was exposed to not only the glorious, fun, glamorous side, I was also tragically experienced in the very dark and traumatic side of it as well. My personal lessons of trauma as well as hearing the never ending stories of my models and other creatives stories I knew someone had to speak up so I began speaking out about the sexual impropriety and hostile work environments within the global modeling industry back in the late eighties. I was the Vice President of Elite Chicago during that phase of my life. Sadly my lone voice fell upon deaf ears for decades. Nearly everyone didn’t want to get involved in any whistleblowing or solutions to the sever problems. Finally in 2017 when a few of the entertainment industry moguls having legal action brought against them – people were finally ready to listen to my truth. As a result, I’m finding the community one by one that wants to hear the truth and are willing to be a part of the solution to prevent the trauma. And also if something horrible does happen, we are here to advocate for them. This is how Boss Babe Models was founded a few months ago.

So, as you know, we’re impressed with Boss Babe Models – tell our readers more, for example, what you’re most proud of as a company and what sets you apart from others.
I am a mother agent that scouts and places models with top global agencies. I also do one on one private coaching for an hourly rate for anyone interested in attaining the critical information to leverage their ‘brand’ within the entertainment industry. And of course am the founder of Boss Babe Models online modeling tutorials teaching young boss babes how to become professional models while empowering their dignity and self-worth.

My specialty is by working with integrity and dignity as well as telling the truth. I put people before profits. I truly believe that if you sincerely take care of your models (talent), the profits come in kind.

Where I derive my pride from my company is during one of my coaching sessions or in my audiences when I watch the eyes of parents and they’re young when they fully understand the simplicity of pursuing a career within the entertainment industry. They then have an action plan and are empowered with the critical information to make positive differences in the outcomes of their business careers and lives.

So, what’s next? Any big plans?
Launching the Boss Babe Models online tutorials is a massive undertaking. Learning online marketing is a very complex series of layers that I have yet to comprehend and then facilitate. The content of my thirty-eight years of industry and nearly sixty years of life are fully flushed out. It’s just the marketing portion that is the plan for the future. I’m very much looking forward to doing that soon. The big changes will be in the lives that become empowered by having the information. 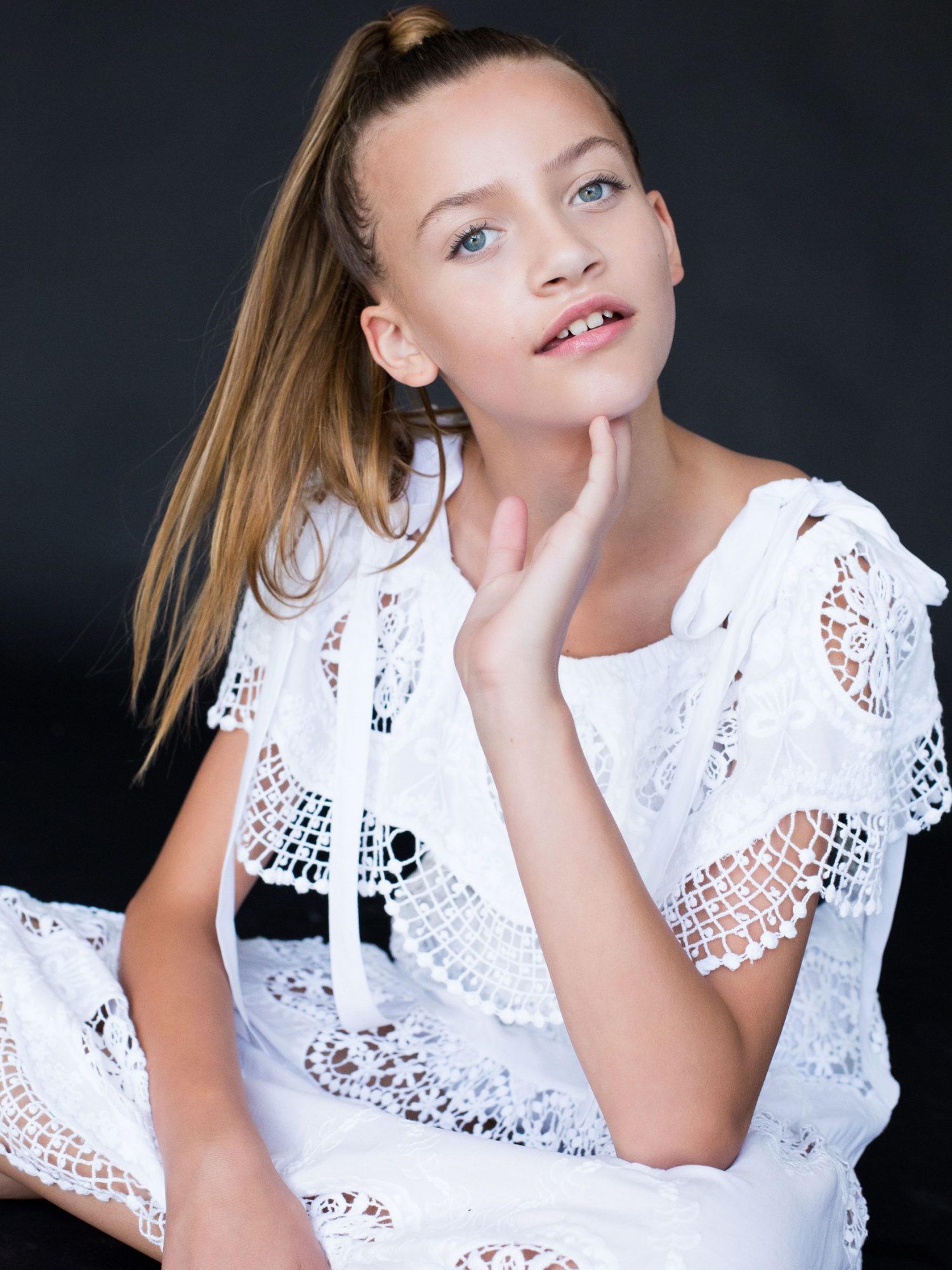 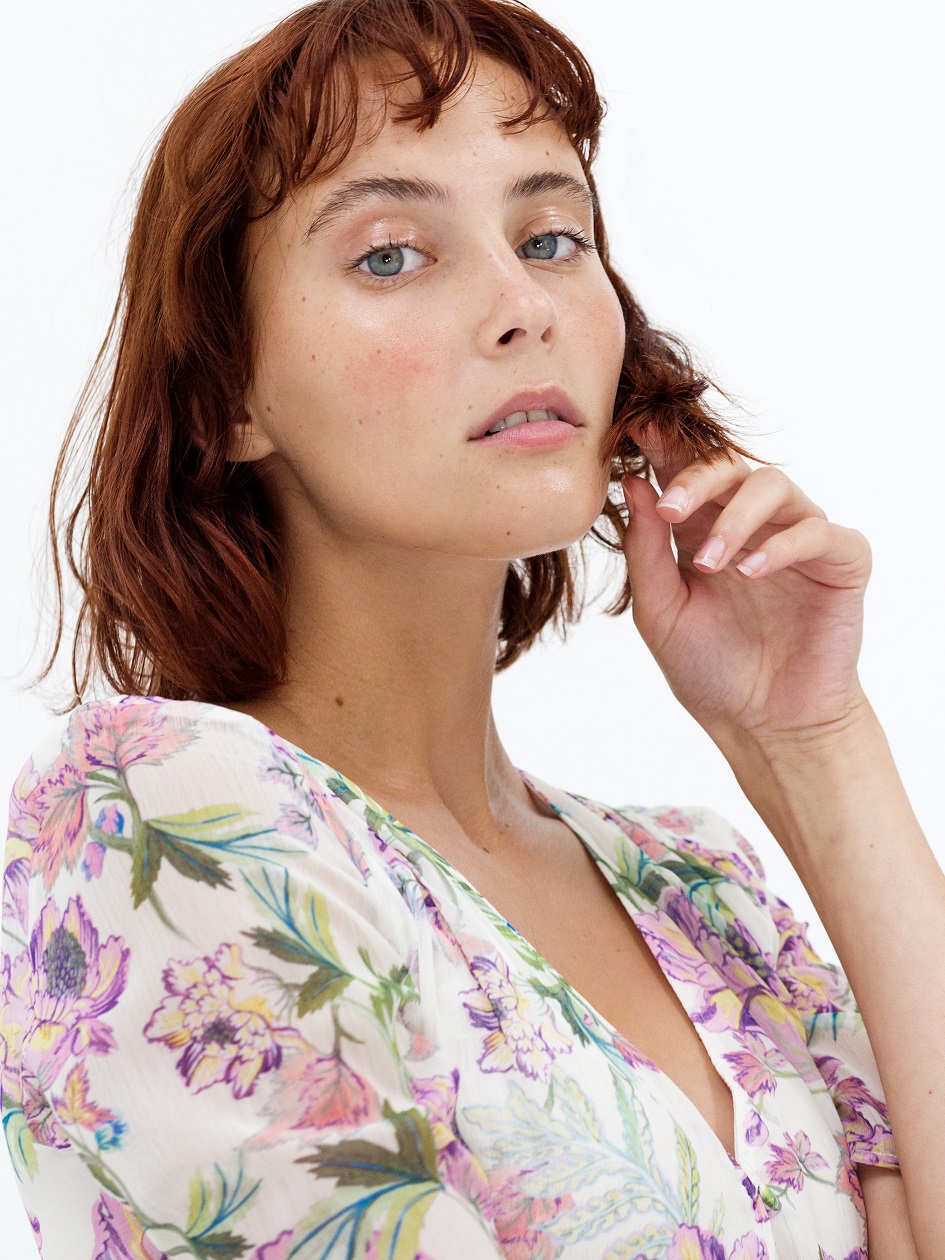 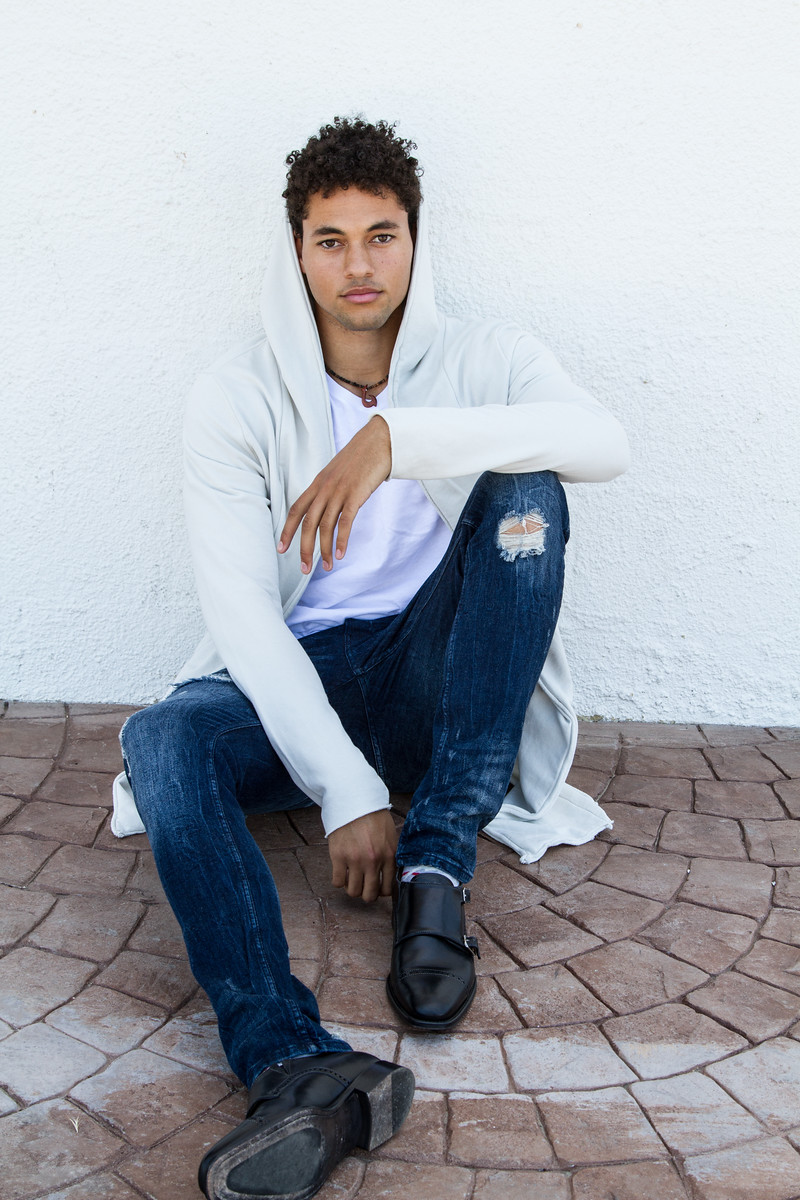 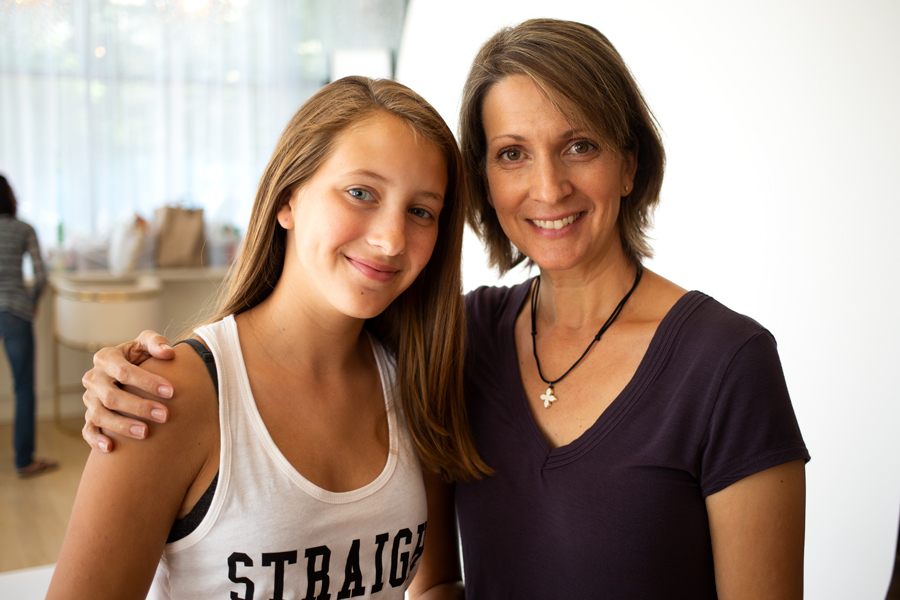 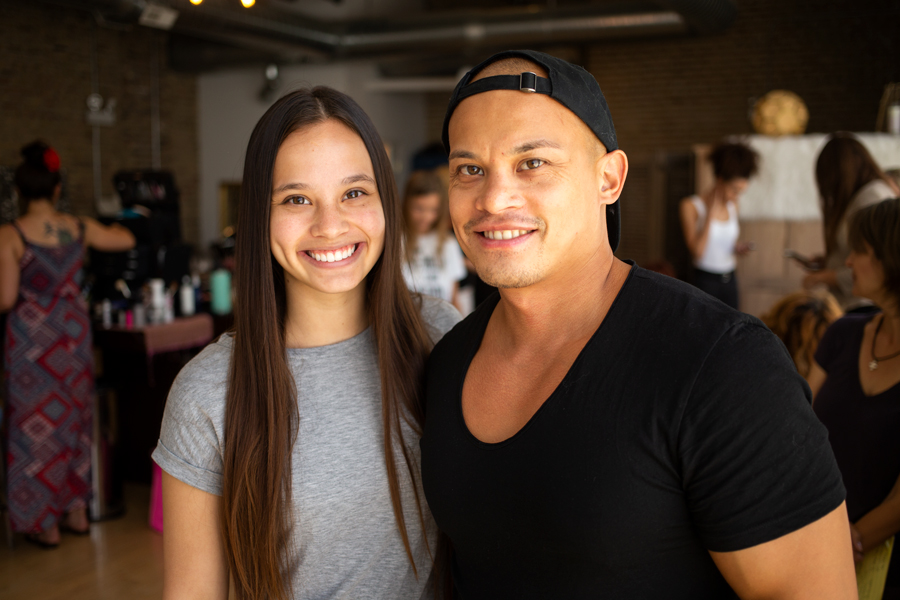 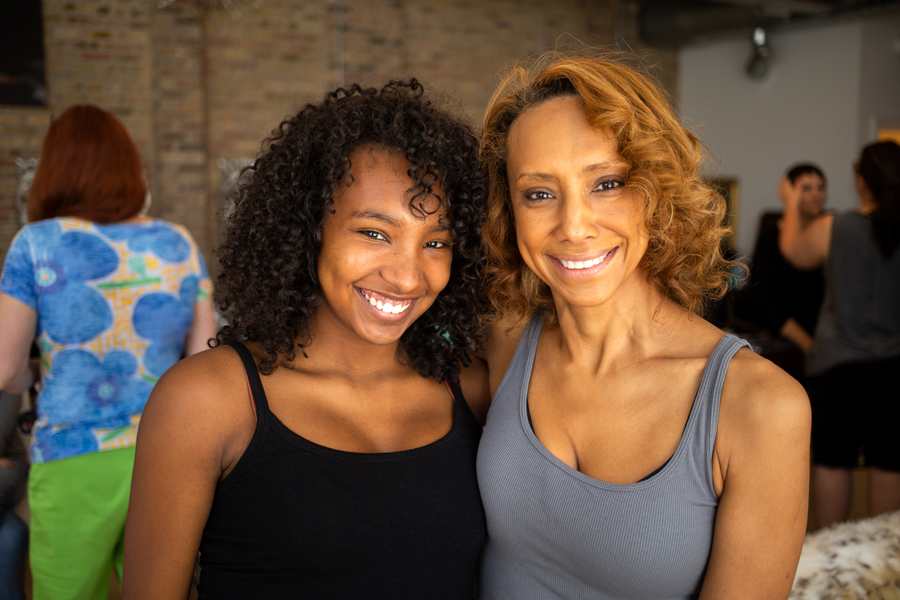 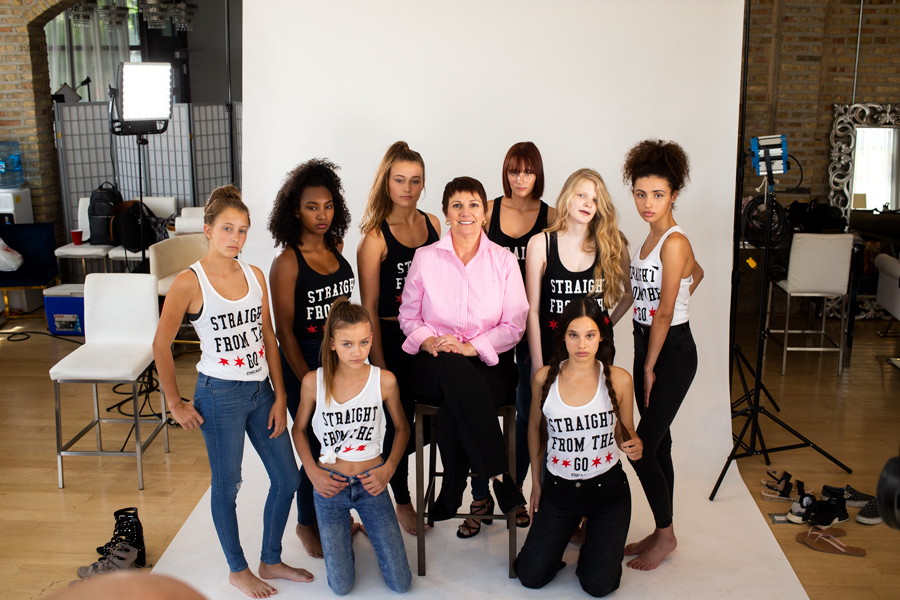 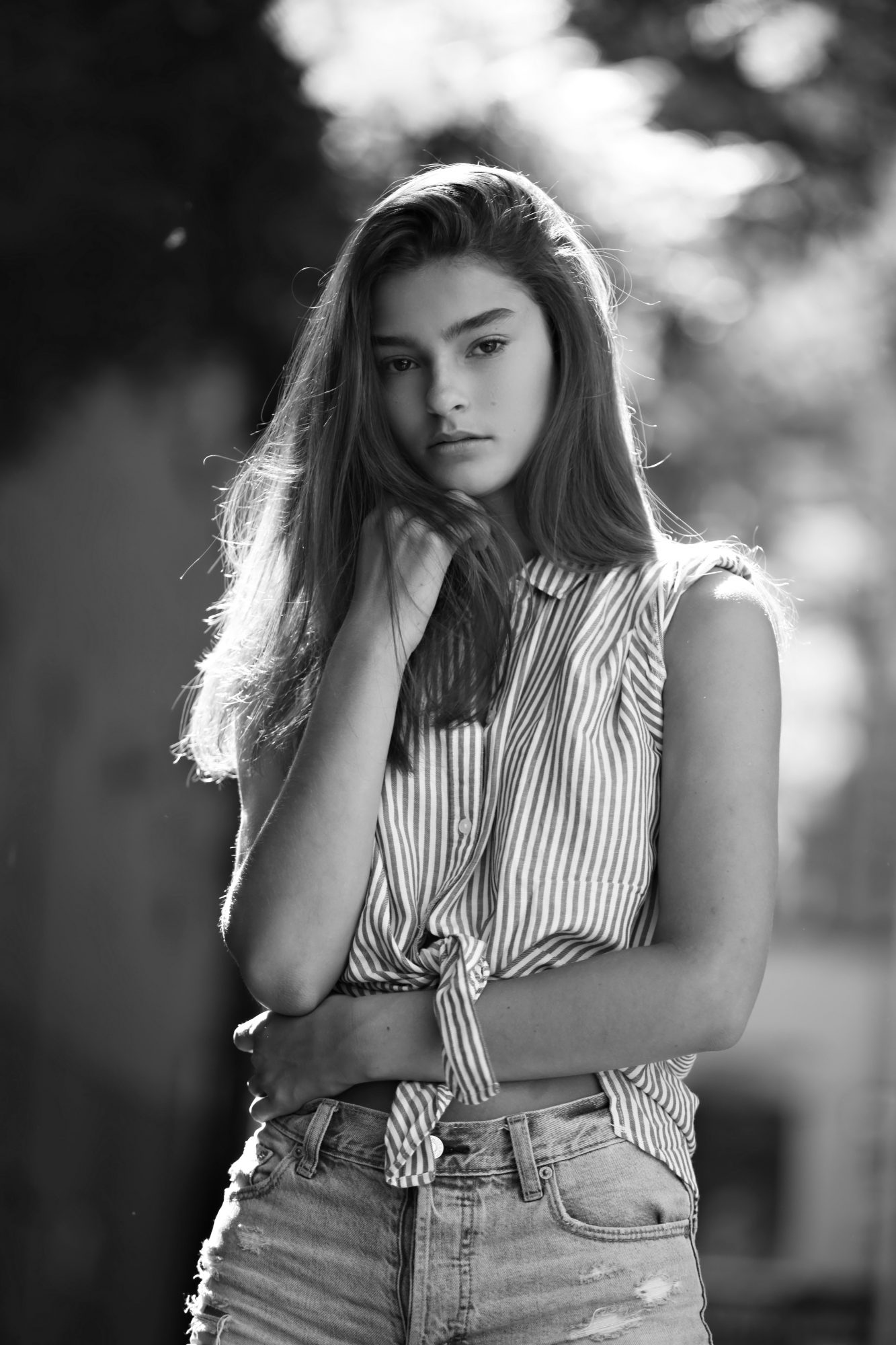 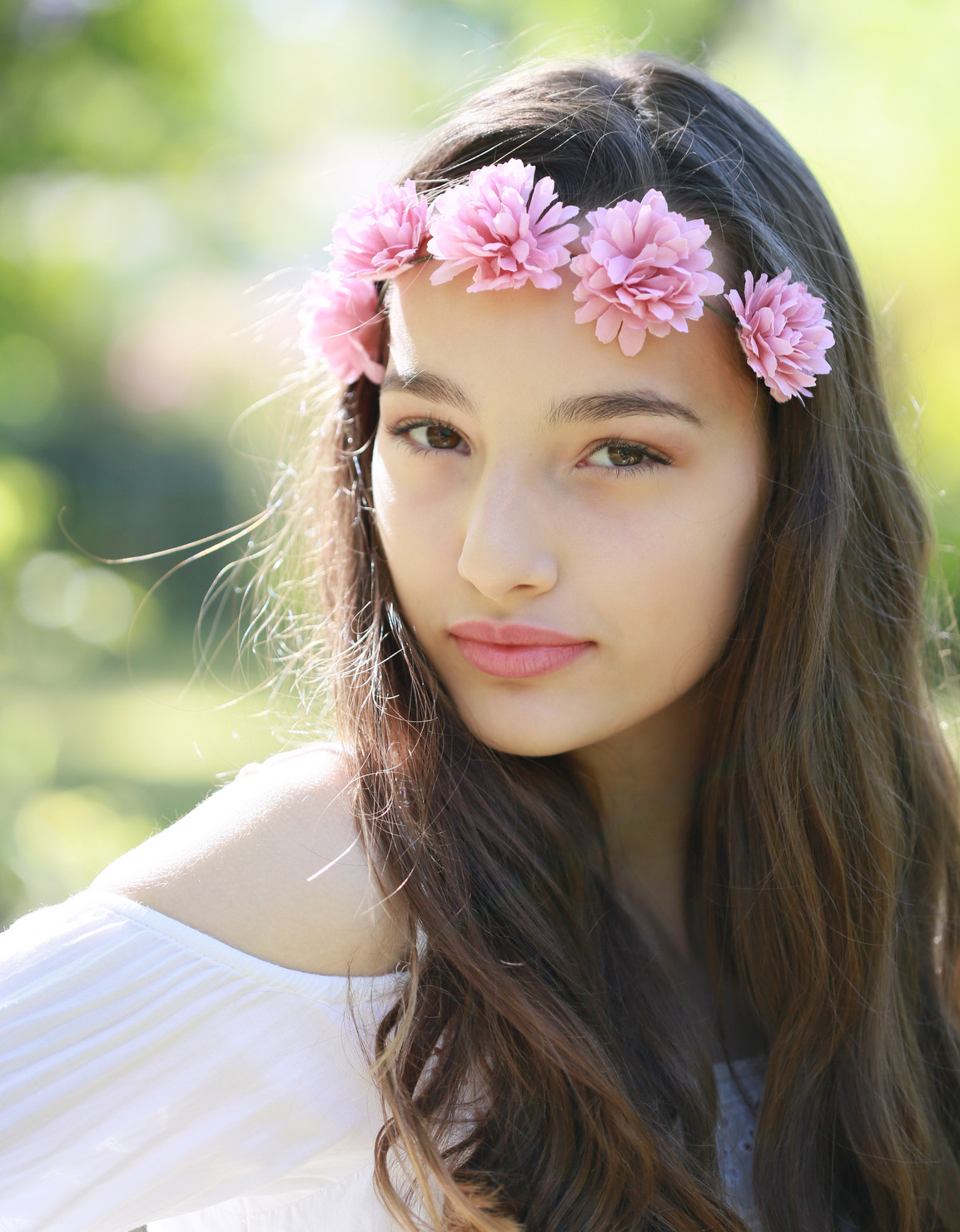 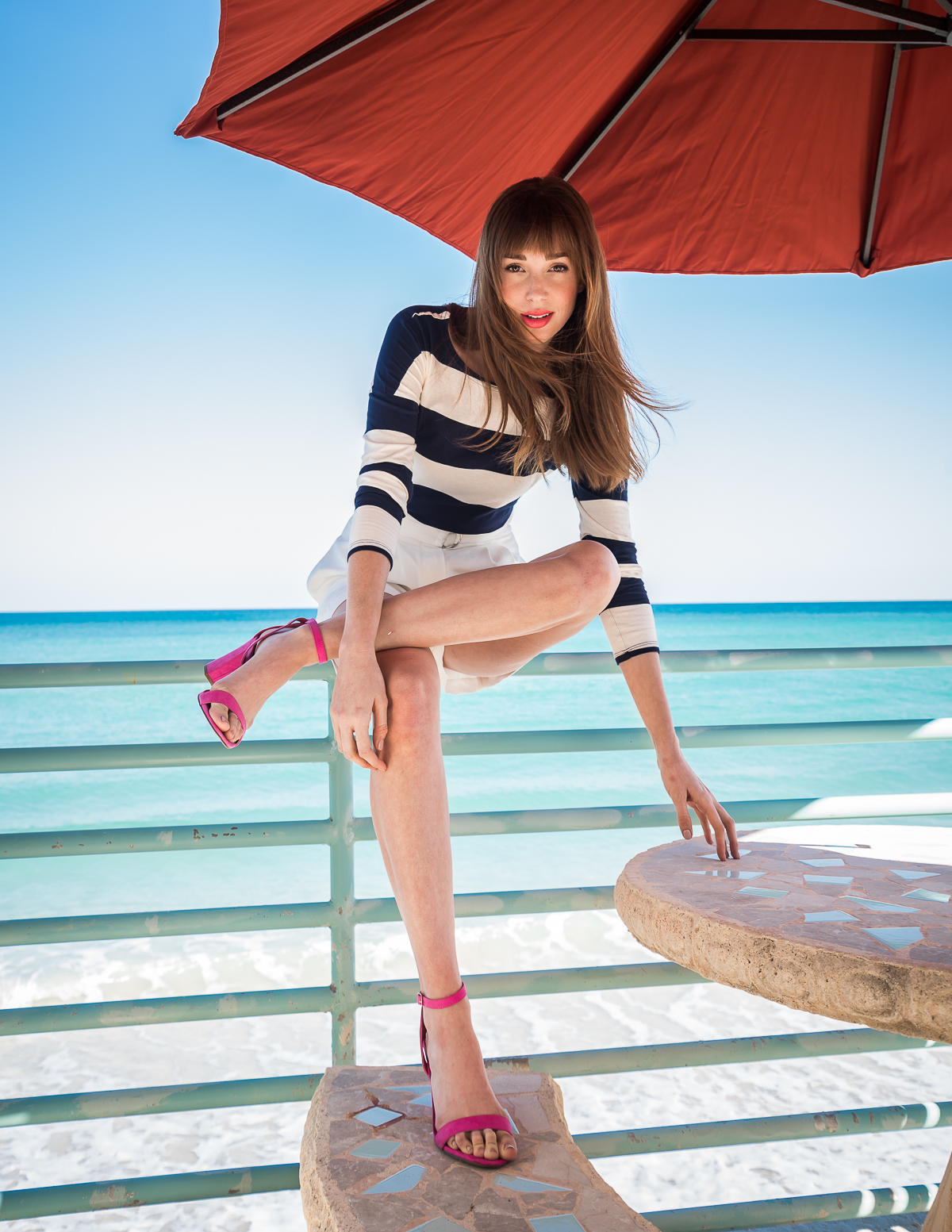 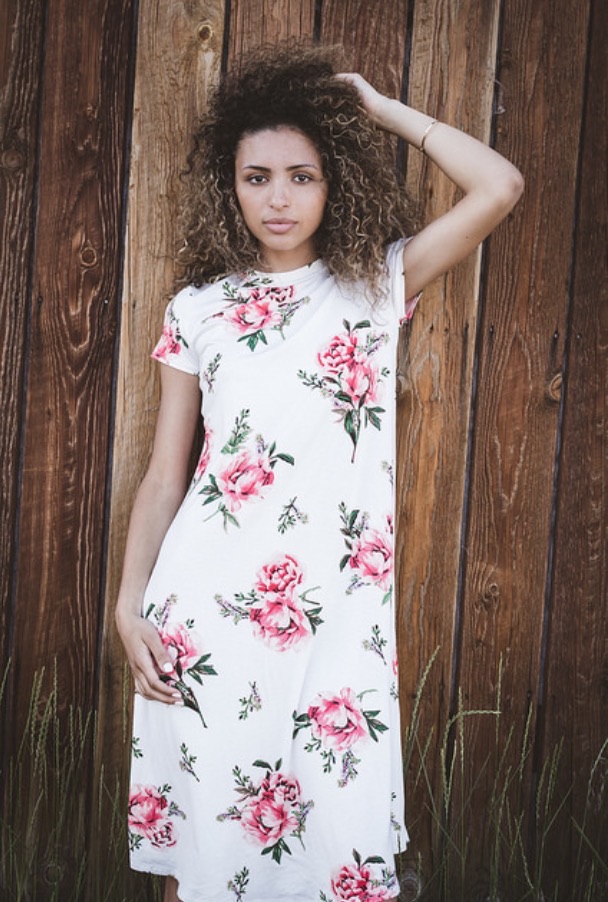 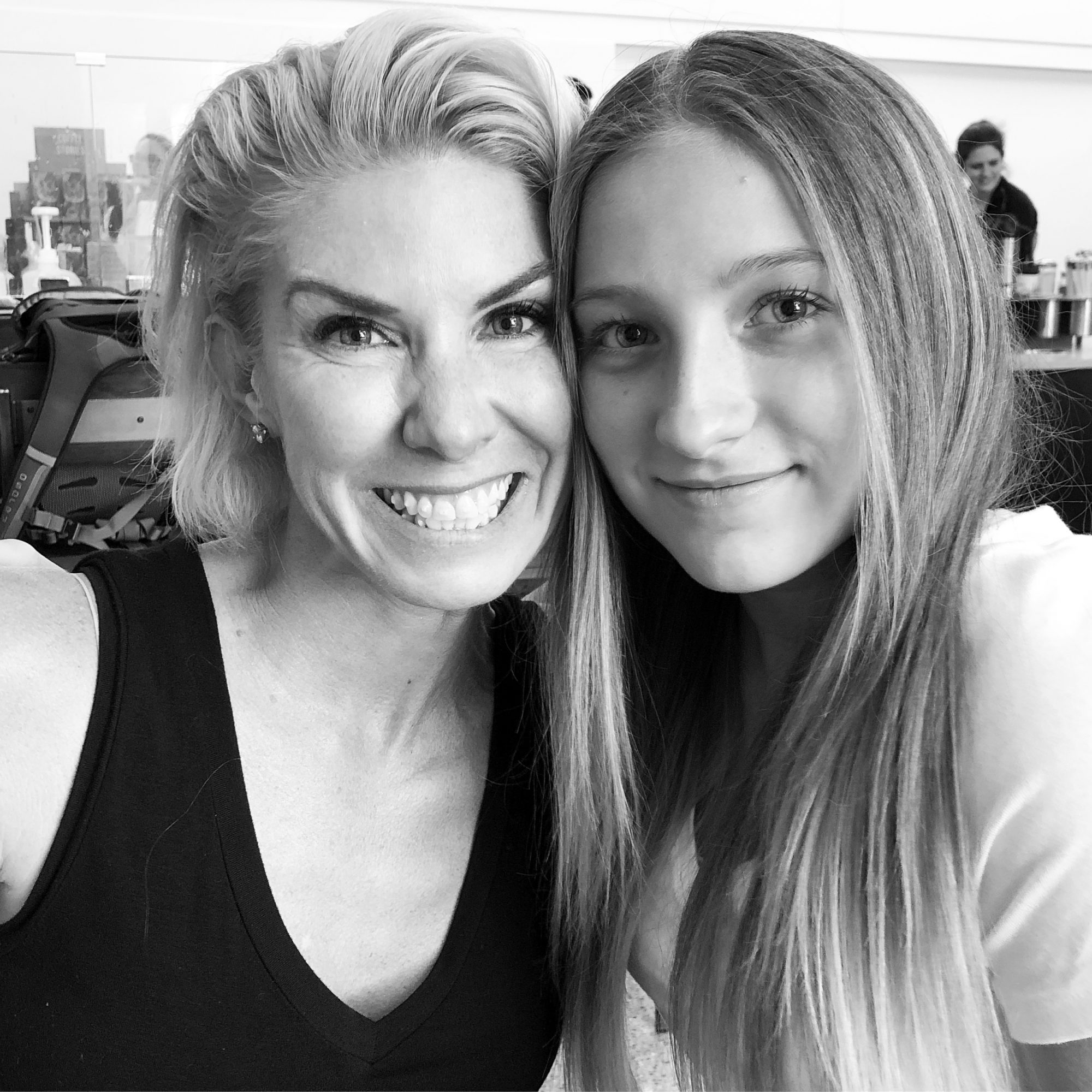 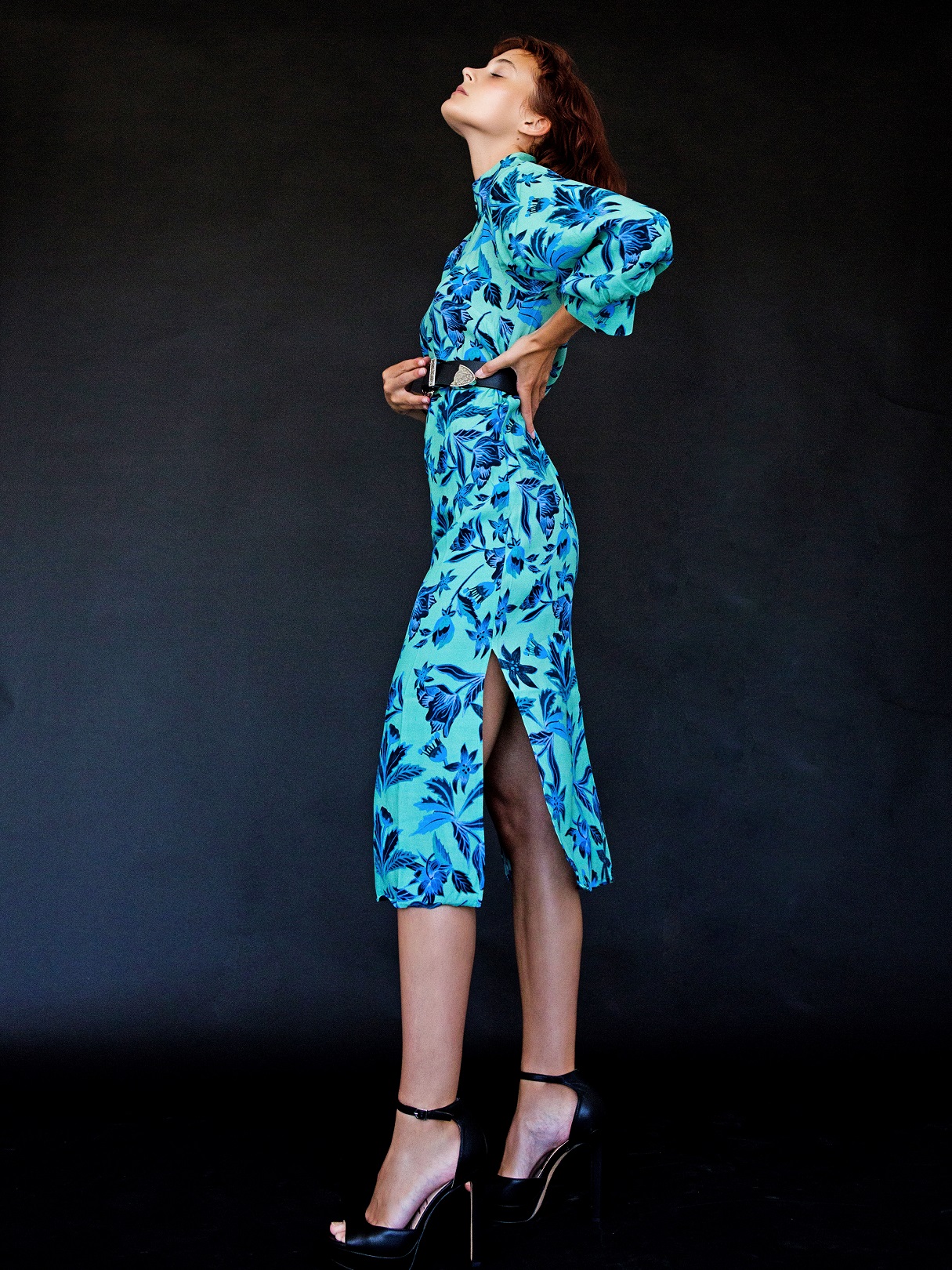 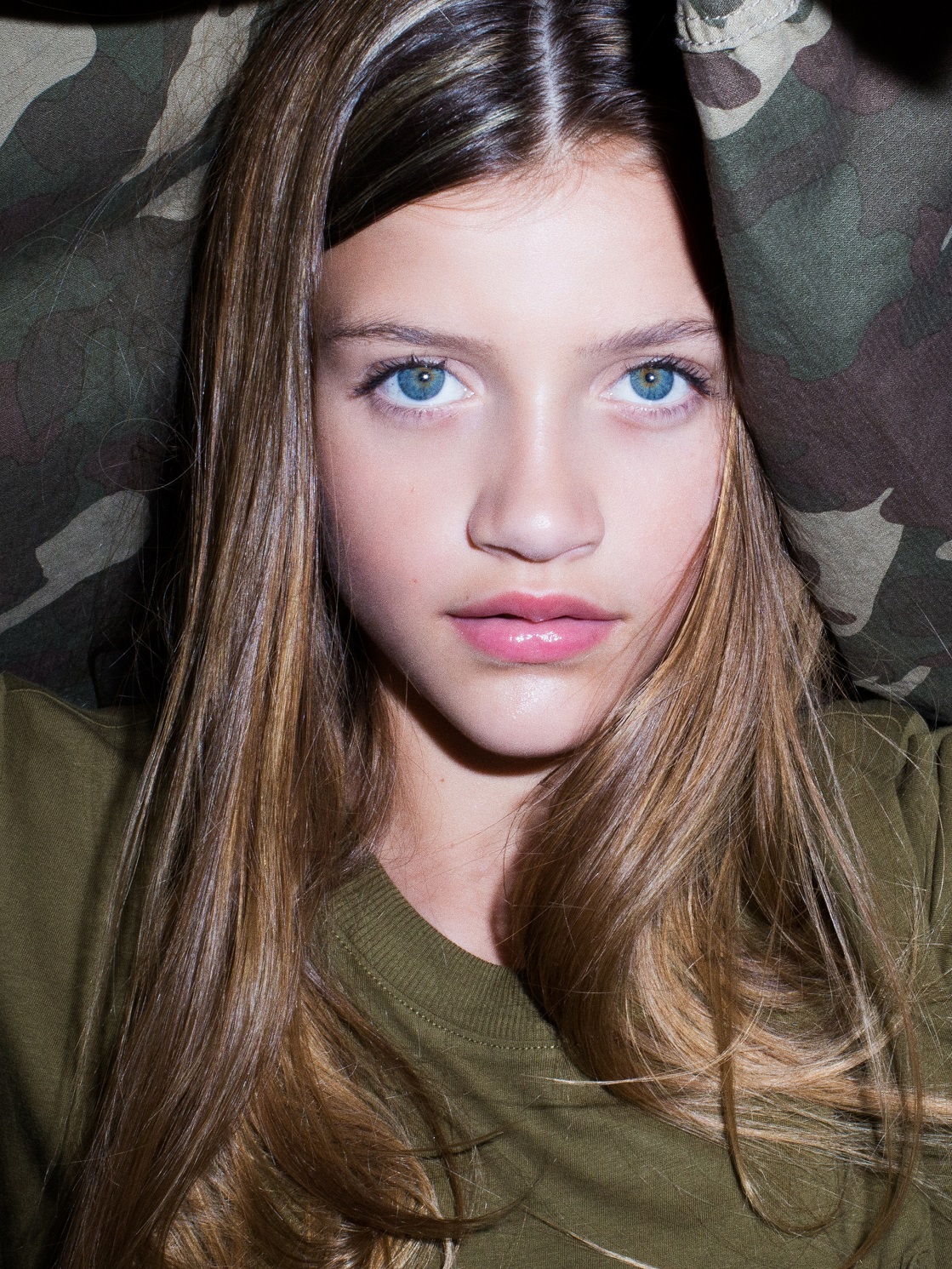 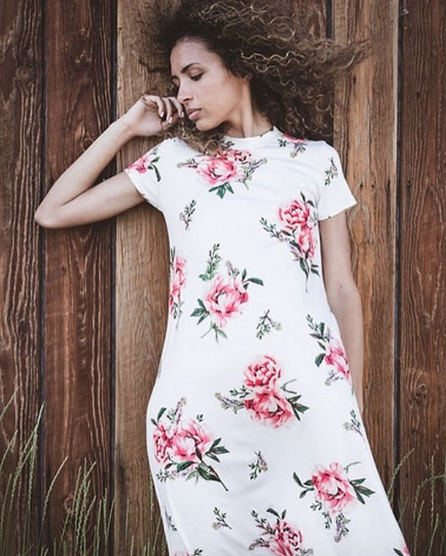