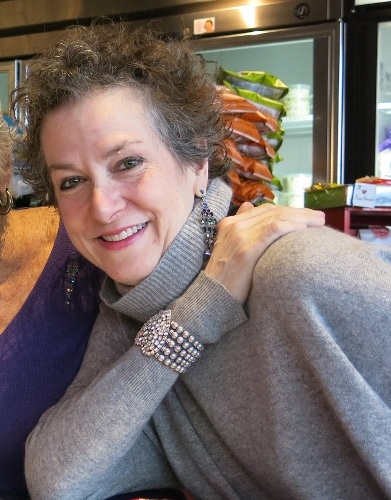 Today we’d like to introduce you to Bette Dworkin.

So, before we jump into specific questions about the business, why don’t you give us some details about you and your story.
Kaufman’s opened on Dempster St. in the early Sixties. It was, for many years, known as a gathering place for survivors of the concentration camps after WWII having been started by a survivor.

My parents purchased the business in 1984 and shortly after taking ownership they were hit with an outbreak of Salmonella and the business had to close twice. My father, in order to continue to pay his staff, used some of his prior contacts and started a wholesale side of the business which operated out of a location the Kedzie and Montrose. We moved that bakery to Morton Grove shortly after I joined the Company in the early Nineties – and later into Niles.

Unfortunately like many other businesses, we were severely impacted by the events of 9/11. At that time, United Airlines was our largest wholesale account along with many other companies that are no longer in existence. Finally, in 2006 after getting sick from the stress, I decided to close the wholesale facility and move a few small pieces of equipment to the rear of the retail store on Dempster. With everything in one place and fresh baked breads daily, the business became much healthier and managing it became somewhat easier.

But small business has a way of continually testing your stamina and fortitude; on November 5th, 2011 in the middle of the night, we had a fire in the bakery. We were forced to close for a year while we negotiated with the landlords to buy the building, the insurance company for the pay-out, the banks and SBA for loans. We came back with a larger, beautiful store, lots of seating and enormous customer support.

Great, so let’s dig a little deeper into the story – has it been an easy path overall and if not, what were the challenges you’ve had to overcome?
Nope – not a smooth road at all. Here are the obstacles:

1. Coming into a family business where the expectation is for the males, certainly not the females, to run the business.
2. Industrial bakery business – which is where I spent the first 18-ish years – met only 2 women in the industry.
3. Unions and a 13 week strike.
4. Moving two operating bakeries.
5. Learning (and often failing) to deal with family business dynamics.
6. Financial challenges – from financial restructuring to working the company out of massive debt.
7. Salmonella – while that was prior to my time in the business, it’s remnants live on in people’s minds.
8. Coming back of a fire and year-long closure.

Alright – so let’s talk business. Tell us about Kaufman’s Bagel & Delicatessen – what should we know?
Our goal at Kaufman’s is to give you an outstanding food experience and make you feel at home. The staff hails from all over the world; at any given time you can hear English, Spanish, Hebrew, Yiddish, Assyrian, Arabic, Kurdish, French or German spoken in the store. Most importantly, everyone on the Kaufman’s team takes tremendous pride in making some of the finest product available.

We’ve received awards and reviews from food critics around the country including best bagel this side of New York City from AOL’s Kitchen’s Best, NPR, Saveur Magazine, Chicago Magazine, Time-Out Chicago, Make It Better and The Chicago Tribune, FOX-Chicago to name a few.

Not only a deli, Kaufman’s also has a full bakery counter specializing in Eastern European breads and pastries and every product is manufactured on site. Whether you’re looking for a nosh, a meal, dessert, a gift, a get-together or a large event – we’ve got it at Kaufman’s. We work hard to find and/or create new and different products all the time.

Since our fire in 2011, I think of Maury Kaufman and my dad Arnold more than ever – especially when I have difficult decisions to make – and the past few years have been full of those. I have come to a better understanding that Kaufman’s is about far more than the food – although that’s a very big piece. But it’s also about a sense of community, a place to meet, see old friends, and comfort; it was the outpouring of support from the community that kept us moving forward during the closure post-fire. Kaufman’s, through the visions of both Maury Kaufman and Arnold Dworkin, is about traditions.

Is there a characteristic or quality that you feel is essential to success?
There is a part of me that wants to say a key characteristic is being too stupid to know better – but that’s not really true. I enjoy the business – I think that’s key – and I enjoy working. I think you have to be cognizant of what you know and are good at — and what you don’t know. The ability to ask for advice (and really listen to it), to ask for help when you need it. I think perseverance is key. You must like to learn new things and must be willing to change with the times.

I have a dear friend who is a business owner who said to me once “We all have issues/problems/crises/failures in business. Your success is all about how you handle it when they knock you down.”

Also very important — you really need a sense of humor!