Meet Betsy Hjelmgren of Feed to Succeed in North Suburbs 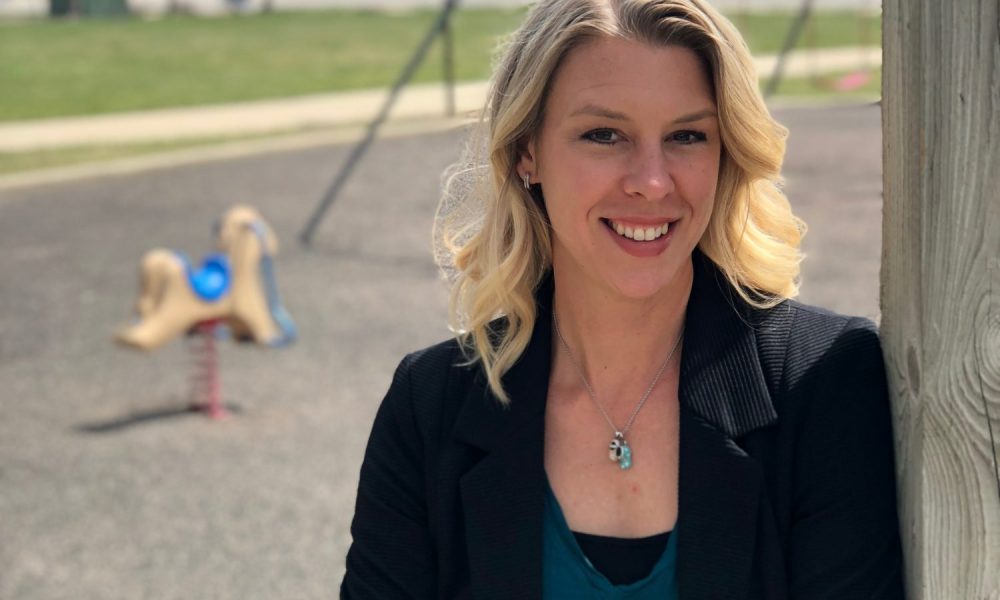 Today we’d like to introduce you to Betsy Hjelmgren.

Thanks for sharing your story with us Betsy. So, let’s start at the beginning and we can move on from there.
I’ve always been independent and entrepreneurial in spirit and I’ve always enjoyed health, food, and children. In college, I took a nutrition course as an elective and loved it so much, that I changed my major and never looked back. At the time, I didn’t even know what a dietitian was or did! But, I loved everything I was learning and the practical application. I’ve always been athletic, and it was fun to take what I was studying about nutrition and apply it to myself. I was able to improve my fitness in a few short weeks once I realized how to properly hydrate before and after a workout.

Before becoming a registered dietitian, one must complete a series of supervised practice competencies and pass an exam. I applied to a program at Rush University in Chicago to complete my dietitian training and prepare for the RD exam. At Rush, the supportive faculty and preceptors knew I was interested in children, and my pediatric experience there solidified my desire to focus on nutrition and kids. Shortly after I finished the nutrition program at Rush, they offered me an opportunity to stay on and work in the outpatient pediatric clinic to gain more experience.

After four years of outpatient pediatric experience at Rush, I was ready for more specialized pediatric training and jumped at an opportunity to work at Children’s Memorial Hospital (now Lurie Children’s) in the NICU, PICU and kidney departments. While I was at Children’s, my husband and I started our family and I eventually cut back to part time work there. As I saw patients at Children’s and gained more experience, I realized that optimal long-term nutrition cannot be provided in a hospital setting with an acutely ill child and a family in crisis. I had fantasized about starting my own business, and my mind went to work churning up some ideas. In the fall of 2007, I became pregnant with my youngest child, and my husband David and I started batting around ideas of me starting a private practice.

I met with a graphic designer and began looking at logo ideas. Not wanting to be cliche, but wanting something that evoked health, food, and freshness, my eye was caught by a kiwi she had designed. Additionally, wanting the name of my business to be easier to spell than my last name, David and I began brainstorming business names that reflected both my purpose and were still available as a .com. He took our top 10 favorite name ideas to work with him (he’s a high school teacher), and had 100 of his students rank the names in preferential order. That week of March 2008, Feed to Succeed was born. In April, 8 months pregnant, I went downtown to SCORE to meet with a small business counselor, who helped me create our first business plan. The following week, I opened a bank account under Feed to Succeed.

Nate (my youngest), was born in June. After maternity leave from Children’s Memorial, I returned to my NICU position there for 2 months. I quickly realized that as a young mother with two children and a part-time job, I did not have time to continue to focus on building a small business. So, in November of 2008, I left Children’s Memorial and started to put all of my efforts into Feed to Succeed.

And I waited. And began to panic. Which pushed me to do more building. I went door to door to physicians’ offices meeting people. David and I built a website. I made phone calls to everyone I knew.

And in January 2009, I got my first break. A former colleague of mine called and asked if I would be willing to take over as the dietitian in a small private pediatric GI office in Glenview once a month. Yes, I would, I told her and started seeing 4-5 patients a month there. In March, I received my first private client phone call from someone who was referred to me by another former Children’s colleague. And it grew from there. The GI clinic went to twice a month. And then weekly. And then twice a week. The private clientele began calling more frequently. At that time, I did not have an office, so I would go to people’s homes. Soon after I became certified as an Early Intervention provider, and began receiving referrals for Early Intervention.

And by 2015, I was struggling to keep the work under control, and I needed more space. I moved into an extra room at the pediatric GI office and had my first office. I hired another dietitian and Feed to Succeed became two. As we have continued to grow and need more help to serve more families, we have since hired several more dietitians to work on a consultant basis as needed. In 2016, we hired an office manager to help with the administrative tasks. And in 2017, with 4 dietitians on board and an office manager, we were bursting at the seams. We began looking at real estate options, and in September of 2017, we moved into our current location in Glenview, where we have 3 meeting rooms, a waiting room, and access to a large community space for seminars and events.

Great, so let’s dig a little deeper into the story – has it been an easy path overall and if not, what were the challenges you’ve had to overcome?
It has not been a smooth road. I have come to learn that business has seasons. Very few people want to meet with the dietitian in November right before the holidays. Very few people have time to make appointments in May as school and activities are winding down. And last-August into early-September has been another slow trend. However, before I recognized these patterns, it would look like we were losing business, and I would panic.

The beautiful thing about the panic is that it has always pushed me to take the next step, for example, strengthen the website, or increase our social media presence. We recently began a podcast. And many other new births and ideas have come out of the struggles. I now appreciate the slow time because it pushes the creative and the new.

Last spring 2017, I was ready to throw in the towel. I needed space and hadn’t found anything suitable. My partnership with the pediatric GI office was disbanding as she joined a private medical group. Early intervention had not paid therapists in months because Illinois did not have a budget. I had outstanding bills and no money coming in. That was definitely the lowest point. But thanks to the fabulous team I have built and their endless support and encouragement, we hung in there and kept on pushing. Today things have turned around and are better than ever.

Please tell us about Feed to Succeed.
We provide medical nutrition therapy to infants through adolescents who need guidance adjusting their diet to improve or address a health complication. Our dietitians all have experience in hospitals, working alongside medical teams. We have treated very complex situations and diagnoses, including anything from micro-preemies who have been sent home on feeding tubes, to teenagers with GI disease, all aged children with food allergies, food intolerances, special diet requirements such as Celiac disease, and more.

Our team at Feed to Succeed personal experience as well, as four out of five of us are mothers, and between us, we have raised our own children with their individual nutrition needs including severe food allergy, picky eaters, reflux disease, and athletes.

Our approach is to treat each patient as an individual new situation and to provide support and education to the family. We don’t believe in the food police. We believe that all people have an innate understanding of healthy diet, but that at times someone may need extra support, or might require the diet to be modified to improve a health outcome. We come alongside the family, assess their goals, and help them to achieve the goals they have for themselves.

Do you look back particularly fondly on any memories from childhood?
All my favorite childhood memories involve food and family. Thanksgiving dinners around my grandparents’ table in Ohio with aunts, uncles, and cousins; fourth of July’s in Oklahoma with other aunts and uncles with homemade vanilla ice cream and red, juicy watermelons. Birthday cakes, Christmas cookies, gardening with my dad. 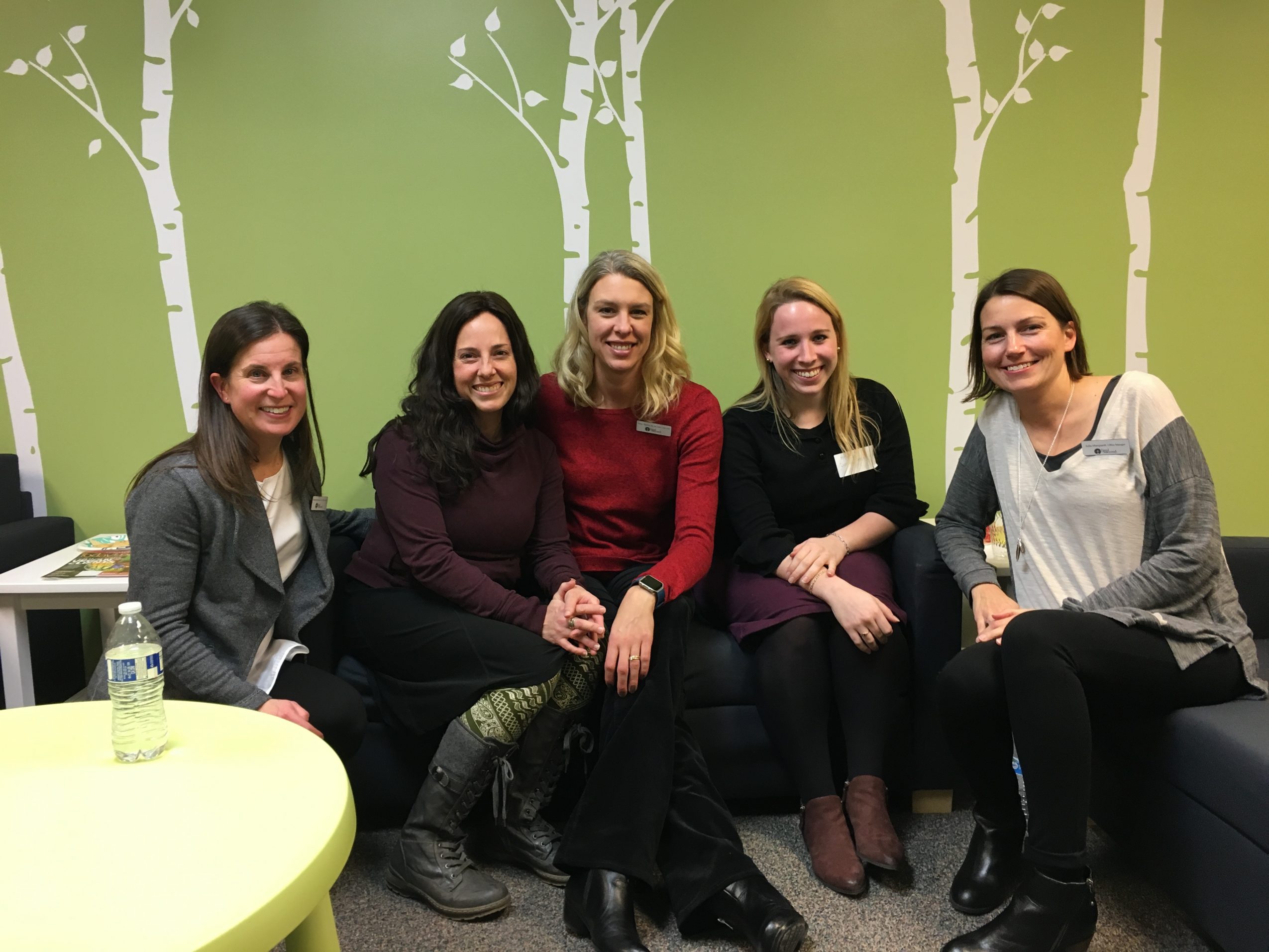 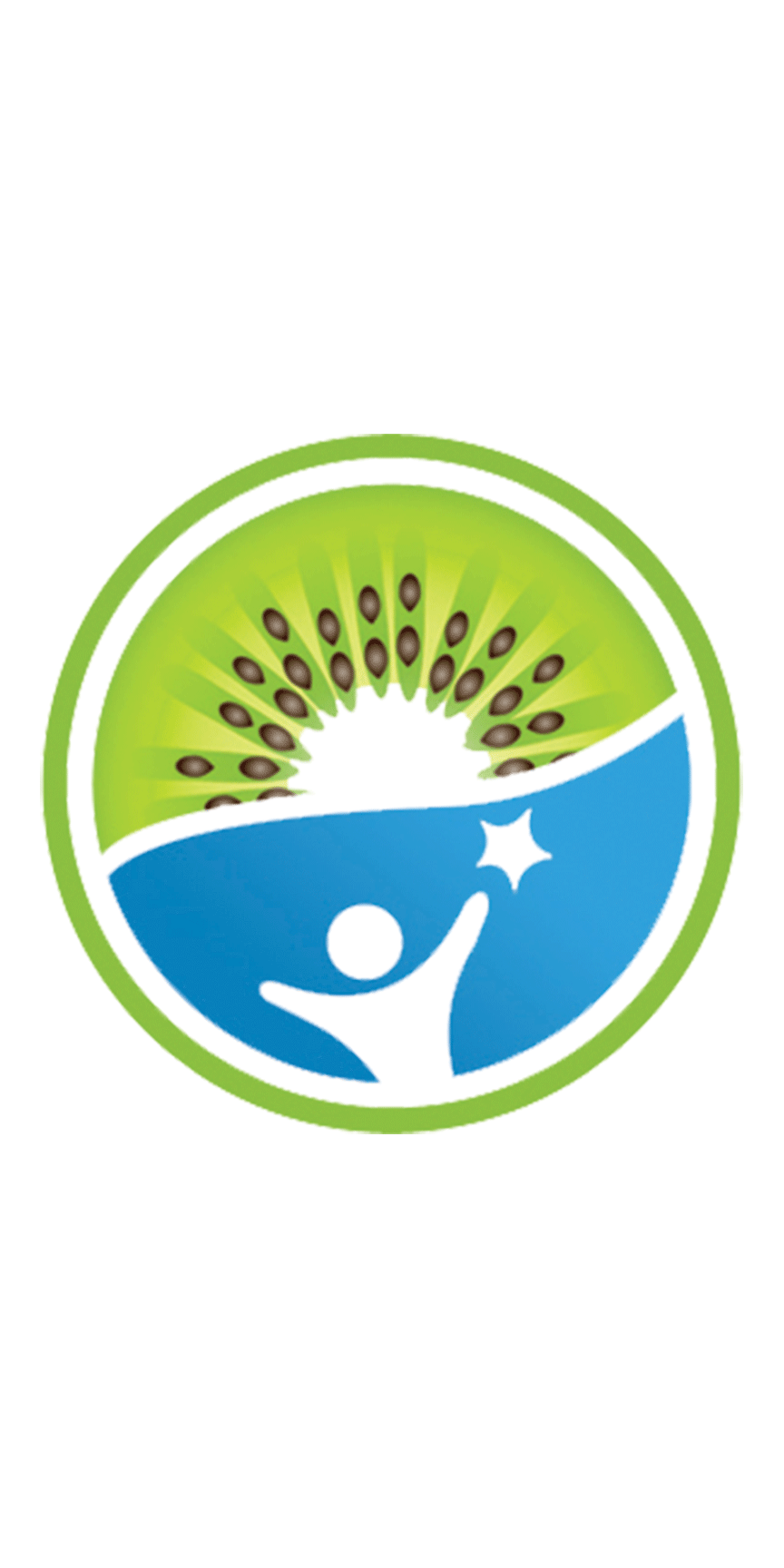 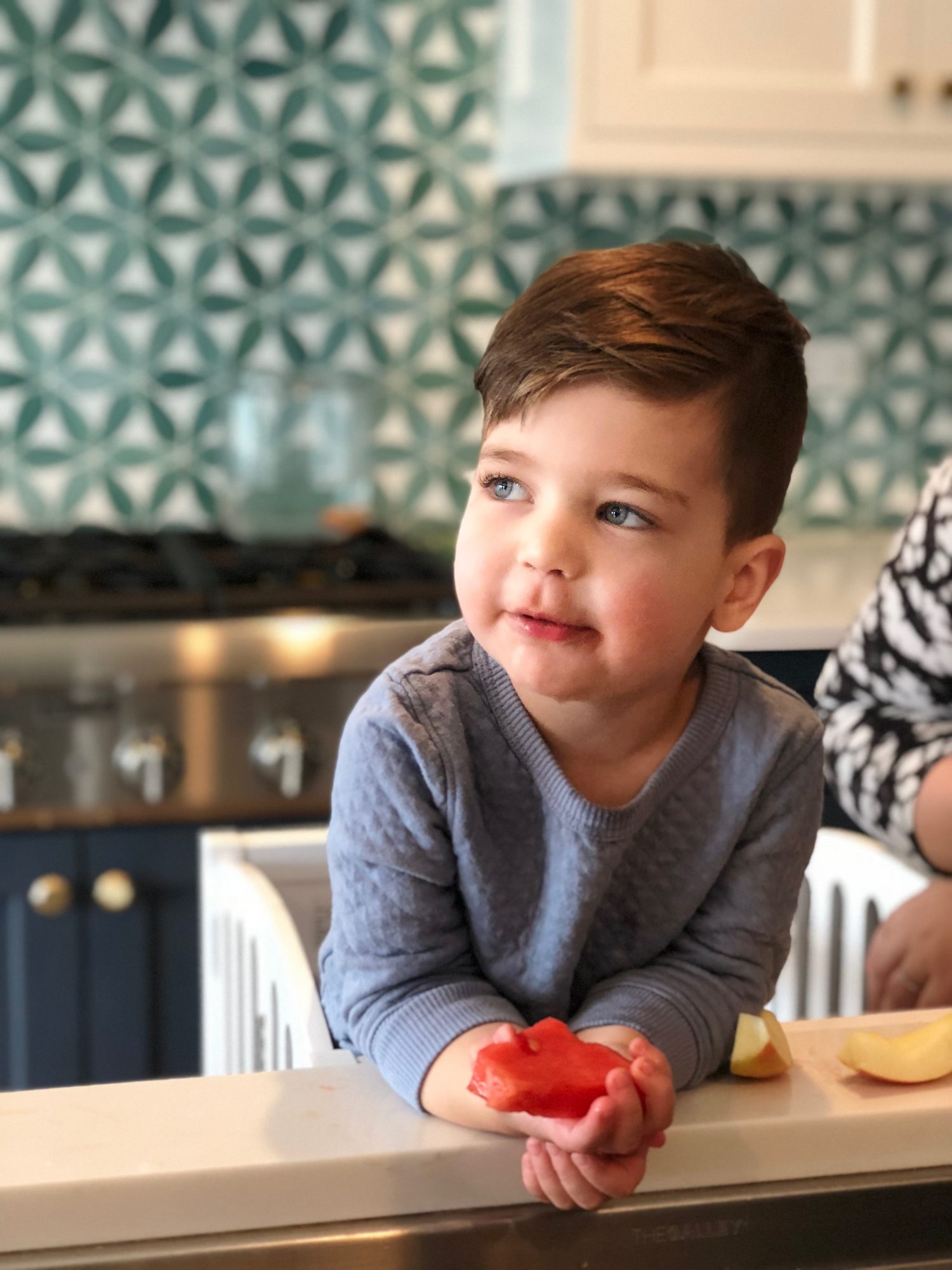 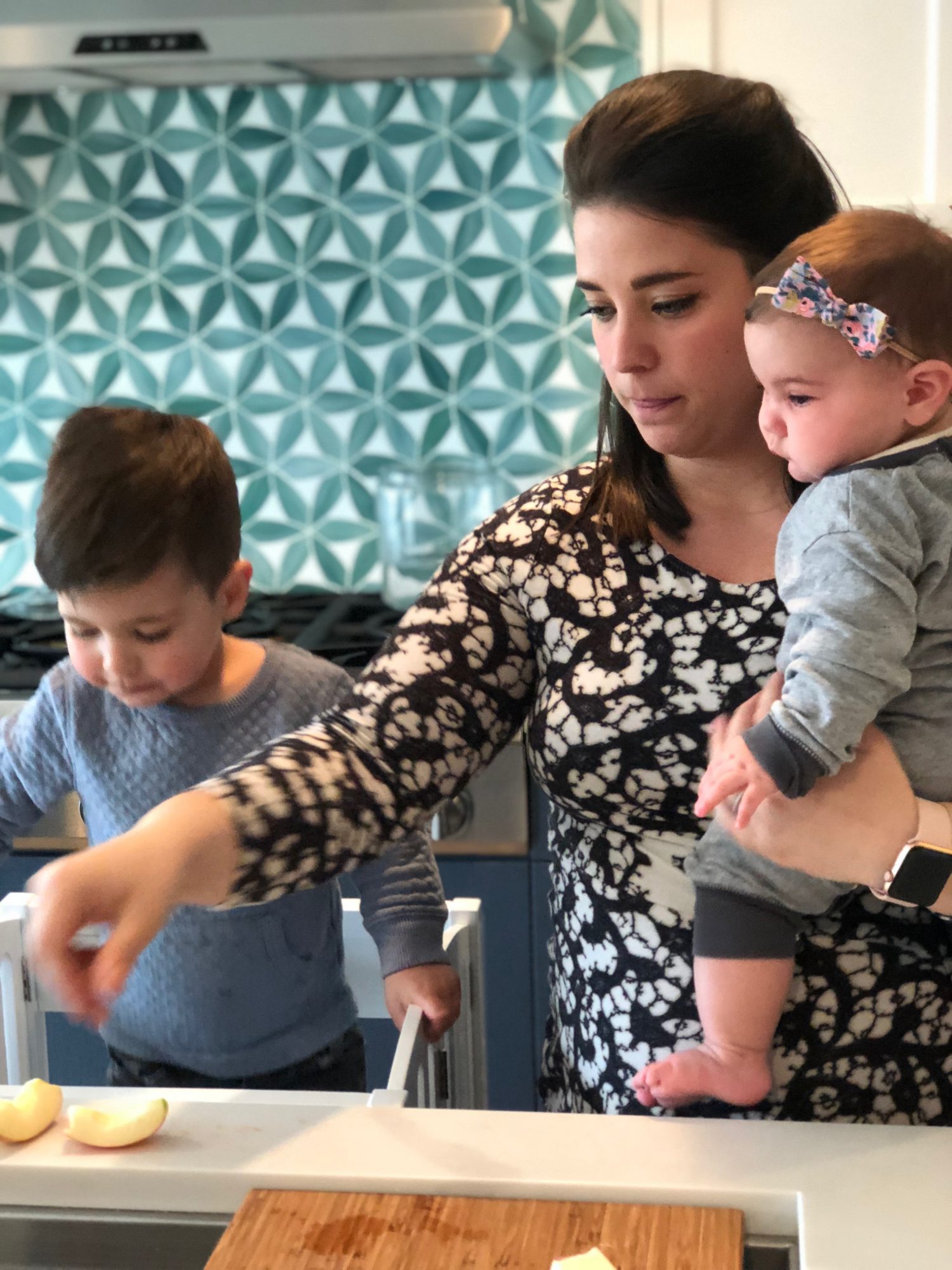 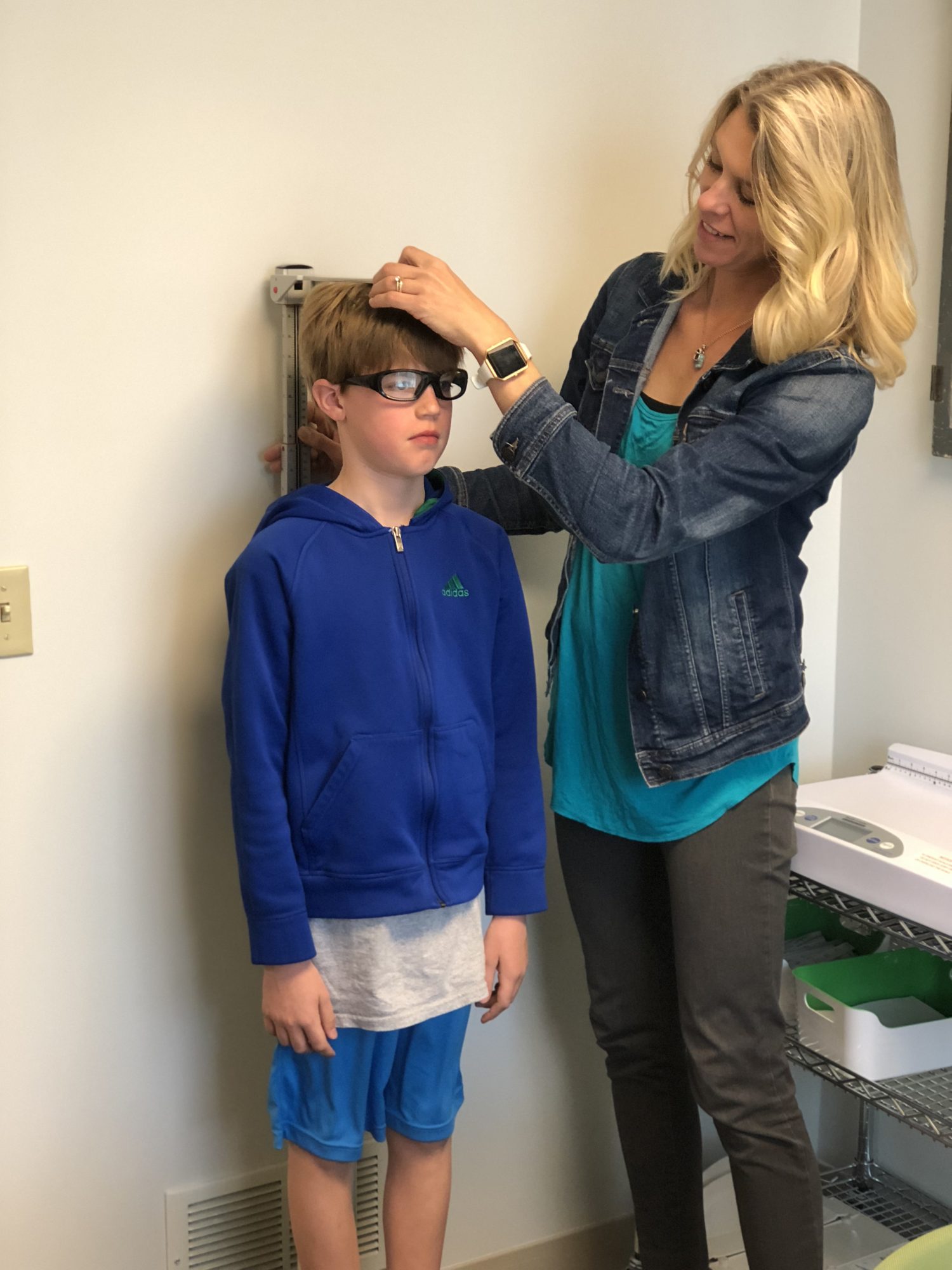 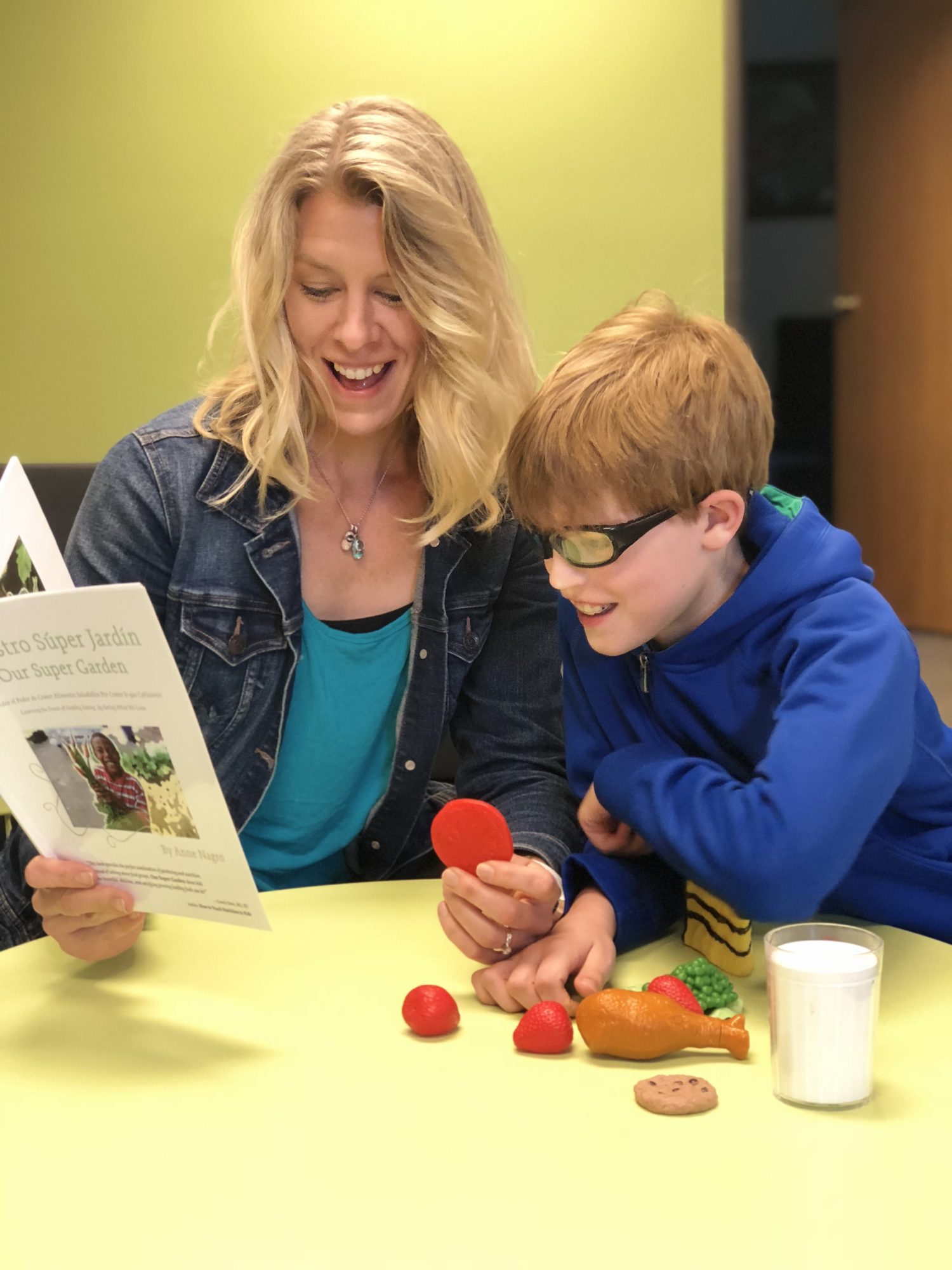 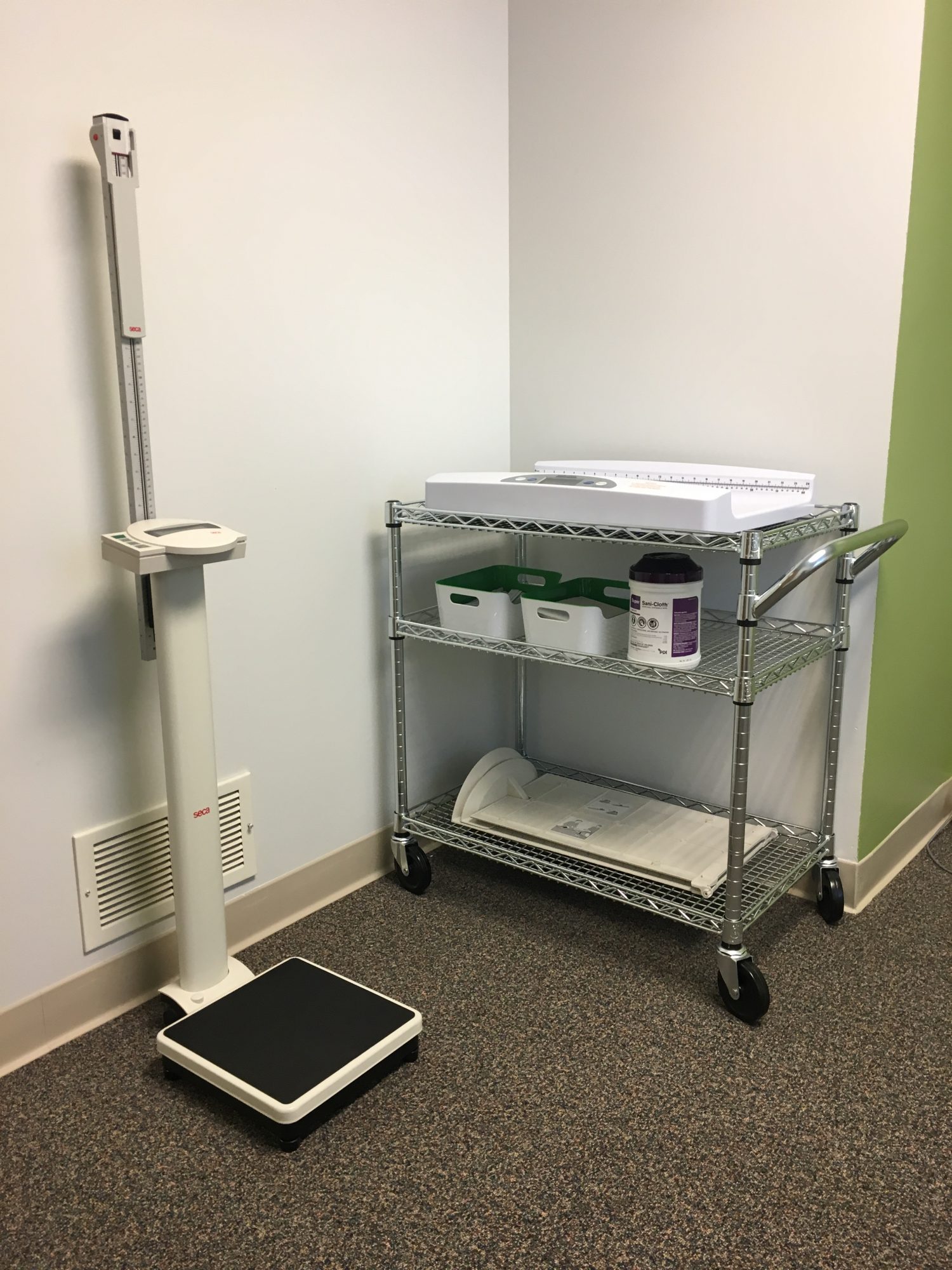