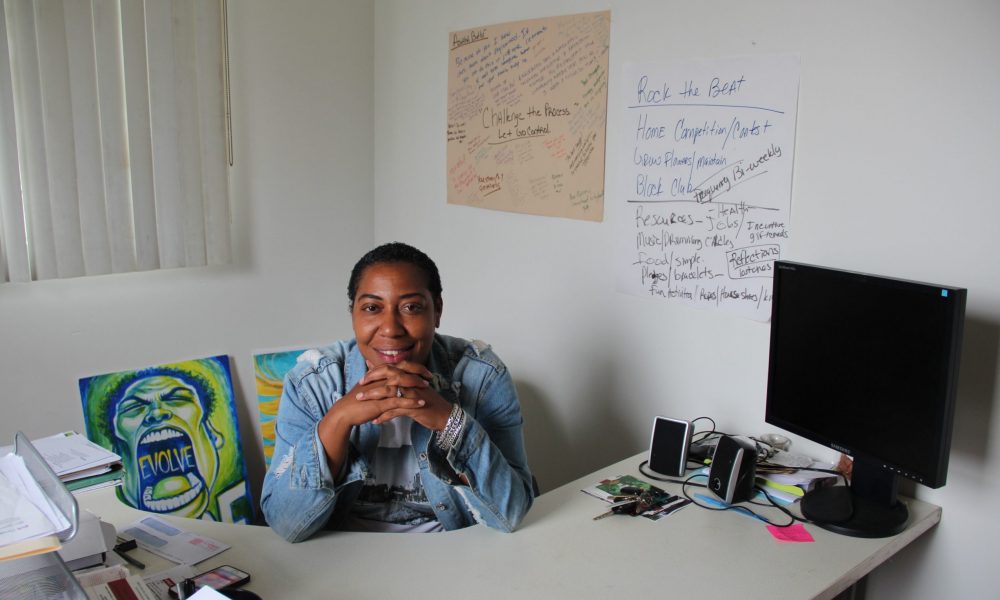 Today we’d like to introduce you to Asiaha Butler.

So, before we jump into specific questions about the business, why don’t you give us some details about you and your story.
My journey started when I decided to relocate from Chicago back in 2008, after my block here in Englewood was in turmoil. A bullet went through my door, someone had climb through my daughter’s window attempting to rob us and there was shootings happening on a nightly basis. I was afraid from my life and the life of my family. After reviewing the housing market in Atlanta where most of my family lives, I was ready to say goodbye to Chicago. Then something hit me when I looked out of my window at four young children playing in a vacant lot filled with bottles, glass and dirt. That moment I decided, that instead of leaving Englewood, I need to stay and add value in order to make a change in my neighborhood.

I didn’t know where to start so I just volunteered everywhere in Englewood. After volunteering, I became frustrated that there was not many event or activities for youth on the Saturdays, which was my day off from my day job and since my husband is a DJ, I felt our first move should be creating a youthful space for young people on Saturdays. My goal, was to connect our young people with our elders, whom were the ones hosting many young programs. So we started showing a series of documentaries, inviting young and older people for “Docs & Dialogue” at libraries, parks, and other locations. We chose films to spark in-depth conversation about provocative issues such as misogyny in hip hop, violence in video games, and the ways societal ills from slavery to drugs have affected black women over time. Then in 2010, I founded alongside two other Englewood residents, a youth journalism program called Media-N-Motion, where we led young people in making videos, writing articles, and publishing a newsletter examining how Englewood was portrayed in the media.

During this time, I met countless residents who wanted more for Englewood who wanted to be a part of the change, like I did. In November of 2010, I brushed off my association experience from my day job and co-founded R.A.G.E. or Resident Association of Greater Englewood. Our mission is to mobilize people and resources to force a change in the community and our primary focus areas are Education, Youth Development, Economic Development and Civic Empowerment. We started with 13 members and looked for ways to empower leadership within the community to help take on the complex problems that impact and stigmatize Englewood. Now our association has more than 260 members with many achievements under our belt, ranging from being the civic pioneers of the Large $1 Lot program, working to repurposing vacant schools and continuing to connect empowerment tools to residents.

A year ago, after 16 years I decided to quit my day job at a real estate association to work on the efforts in Englewood full-time. I opened the R.A.G.E. headquarters in the building I owned across the street from my home, adjacent to a once-vacant lot that was my turning point that I bought from the city for $1. I use my lot for community events, place-making activities, meetings and recently a job fair that brought over 400 attendees.

My journey continues as I served as the architect and lead curator of Englewood Rising, a recently launched neighborhood rebranding campaign actively working to change the community’s narrative. In addition to boosting neighborhood pride among residents, the campaign also aims to show those outside Englewood that the violence and crime and poverty they hear about on the news is only one part of the story. I recently founded my own real estate development group to develop and rebuild the neighborhood with a mission to increase home ownership and work to counter the fears of gentrification. It is my personal mission to continue to love on and show the beauty of Englewood from the people, the movements, the assets, and opportunities. I coined the name “Mrs. Englewood”, because I am truly married to my community, I have made personal vows to see our community revitalized and rebuilt with residents leading every step of the way.

Overall, has it been relatively smooth? If not, what were some of the struggles along the way?
It has not been a smooth road as I have been faced with many challenges. The biggest challenge to my work is the systematic injustice in community of colors and especially in communities like Englewood. The challenge to shift a narrative and highlight the beauty when you have main stream media constantly showcasing the ills of my neighborhood. The economic warfare that exists that breeds violence, crime, and hopelessness. The historical political systems of Chicago is a challenge and difficult to navigate when working on authentic community revitalization efforts. This works is inspired by struggle, however, that struggle is what creates a culture of resilience, unconditional love and a thirst for true resident leadership to emerge.

Please tell us about R.A.G.E. – Resident Association of Greater Englewood.
My main role is a Community Strategist in Englewood but for this question, I will talk about my role and involvement with R.A.G.E. RAGE was founded in November 2010 by a collective of 13 residents. Our overarching mission is to engage residents in addressing community problems and assist in the creation of tangible solutions. We galvanize residents in the areas of Civic Engagement, Education & Youth Development, Economic Development, Arts Activism and Public Safety, by hosting bi-monthly Village Meetings where members and residents share information, discuss and debate current Englewood issues, and establish solution-based action plans to improve Greater Englewood. Past actions included political forums before every major election; serving as an organizational founder of the voter registration drive (Englewood Votes); training residents to be Deputy Registrars, hosting a series of block parties on blocks grappling with high-crime violence throughout Englewood which, contributed to Englewood’s 40% decline in shootings/homicides last year. In 2014, we advocated, designed and implemented the Large Lot Program which allowed homeowners to purchase city owned lots for $1. The City of Chicago adopted our program and launched it to serve the entire city. Also, every year since 2013, we host a free public, family-oriented summer festival series that reclaims several local parks in Greater Englewood to promote peace in the summertime. Last summer, So Fresh Saturday expanded its reach to include a seven parks that served more than 7,000 individuals. What sets us apart is our genuine approach to community development by shifting the culture of what we feel about our community, being the contagious movement that attracts residents and non-residents to our association, we are grassroots, asset-based, change agents driven by the love of our community and our neighbors.

If you had to go back in time and start over, would you have done anything differently?
I wouldn’t change my journey, experiences, or life learning lessons for the world. I would do everything I have done these past years the same way and with the same driving spirit. 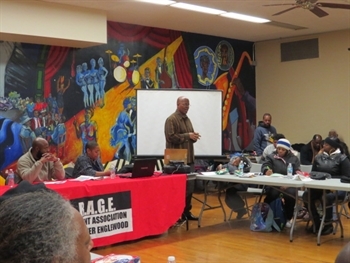 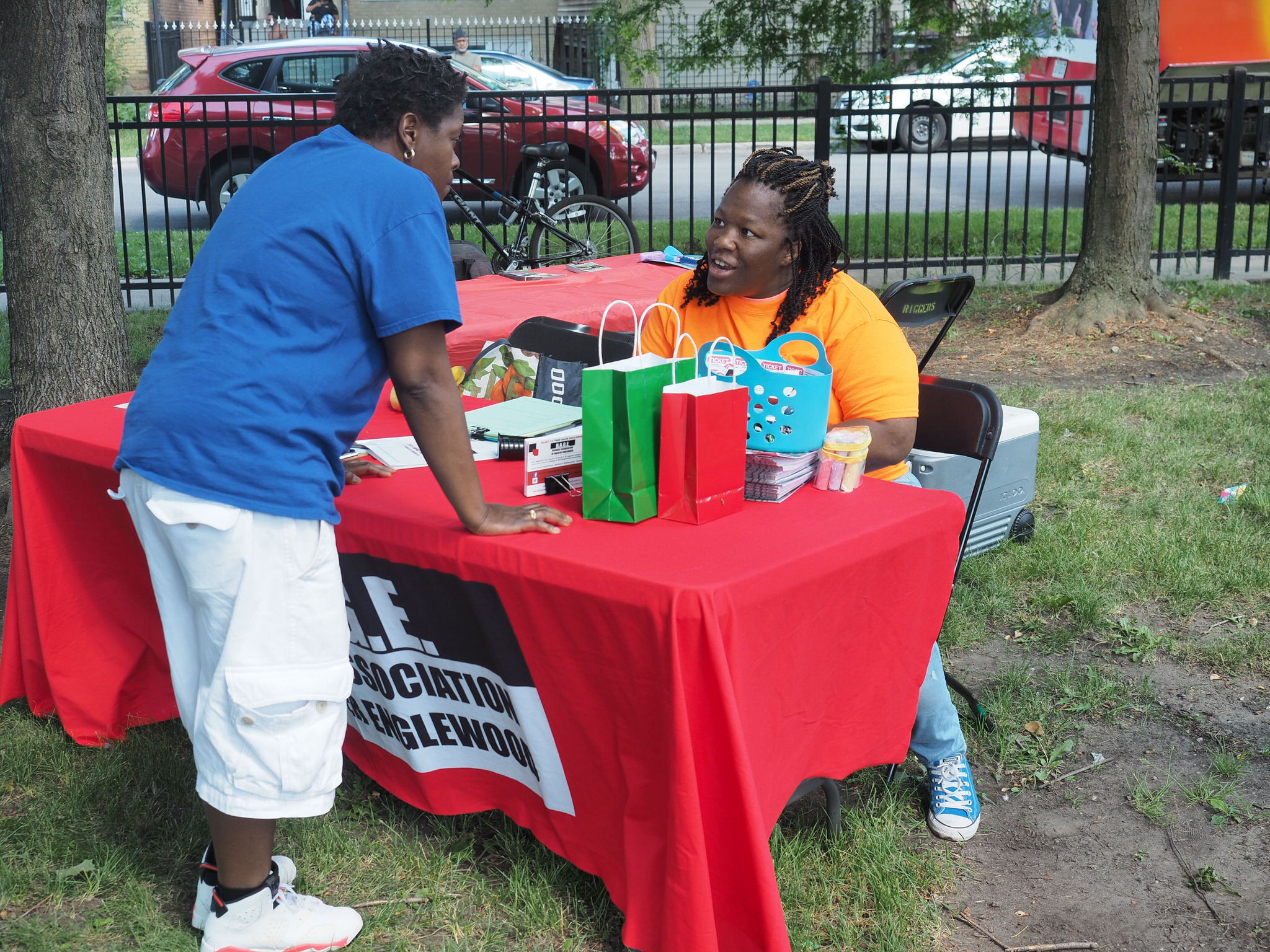 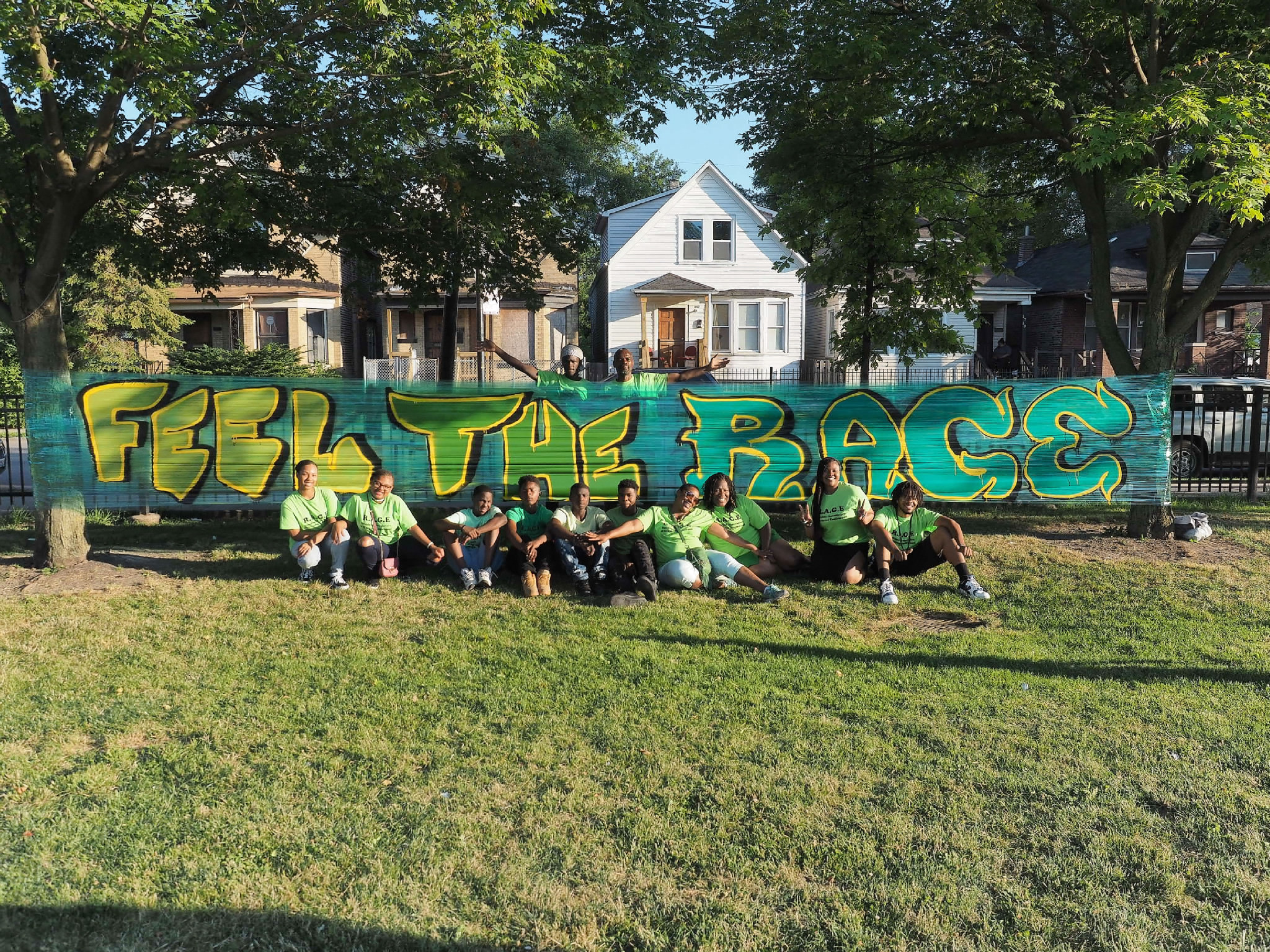 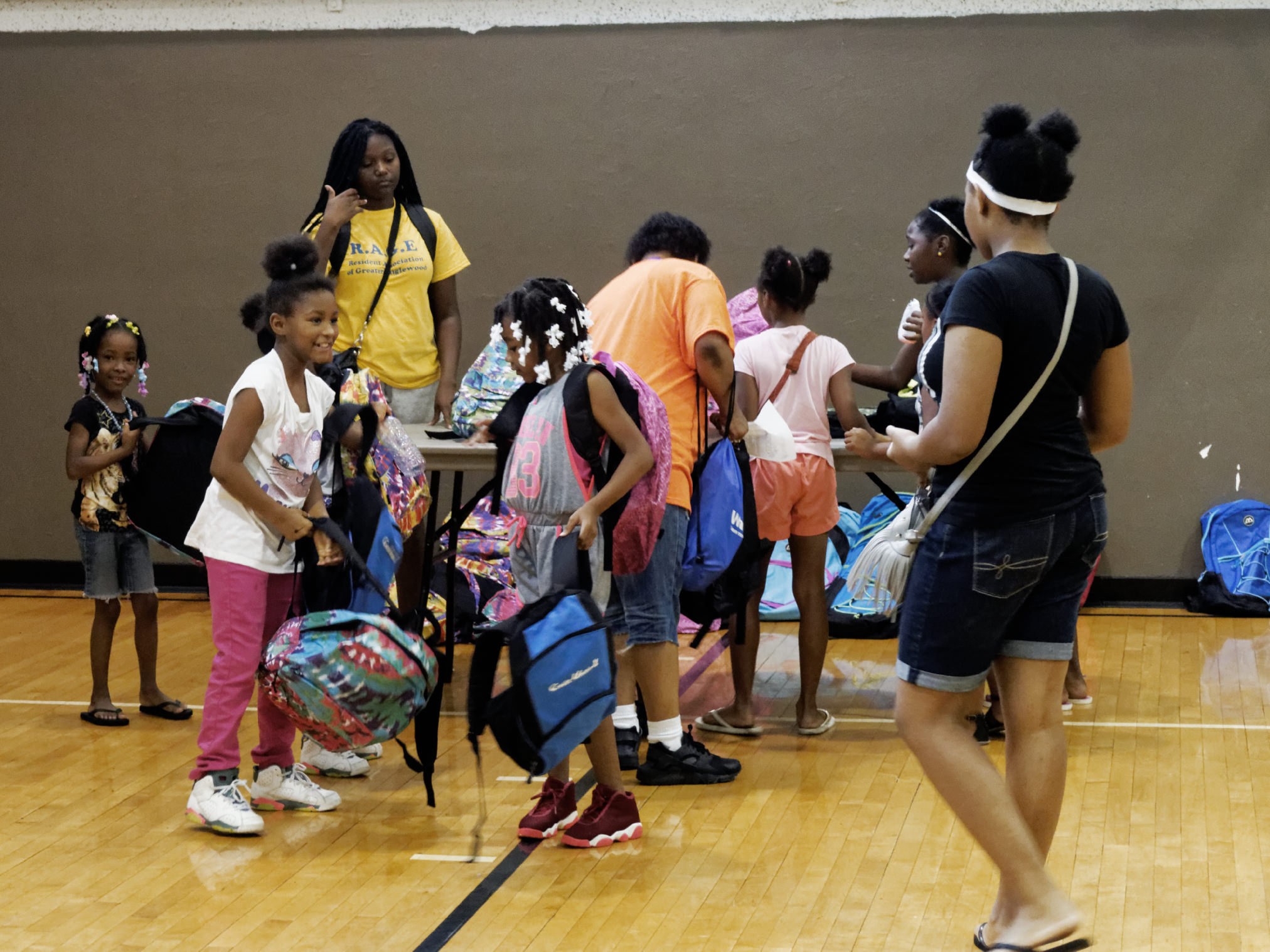 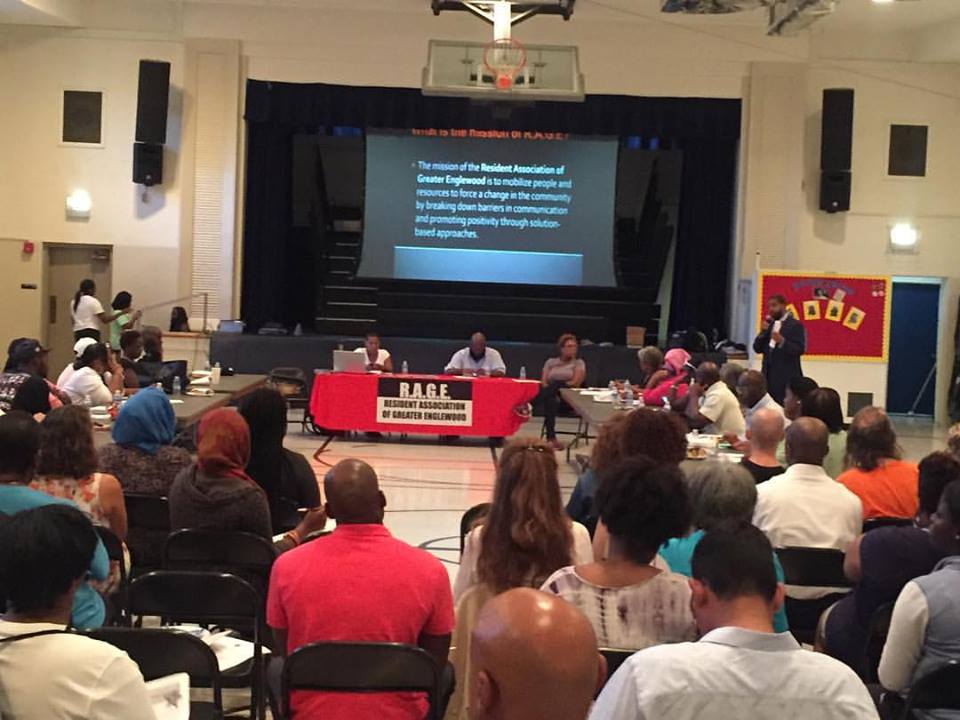 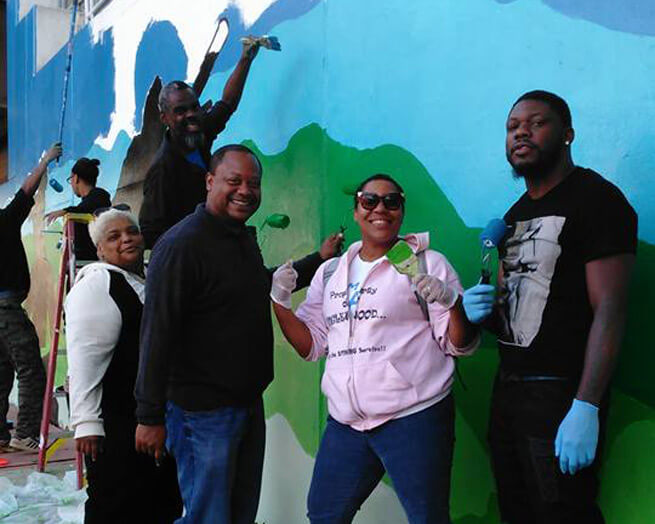