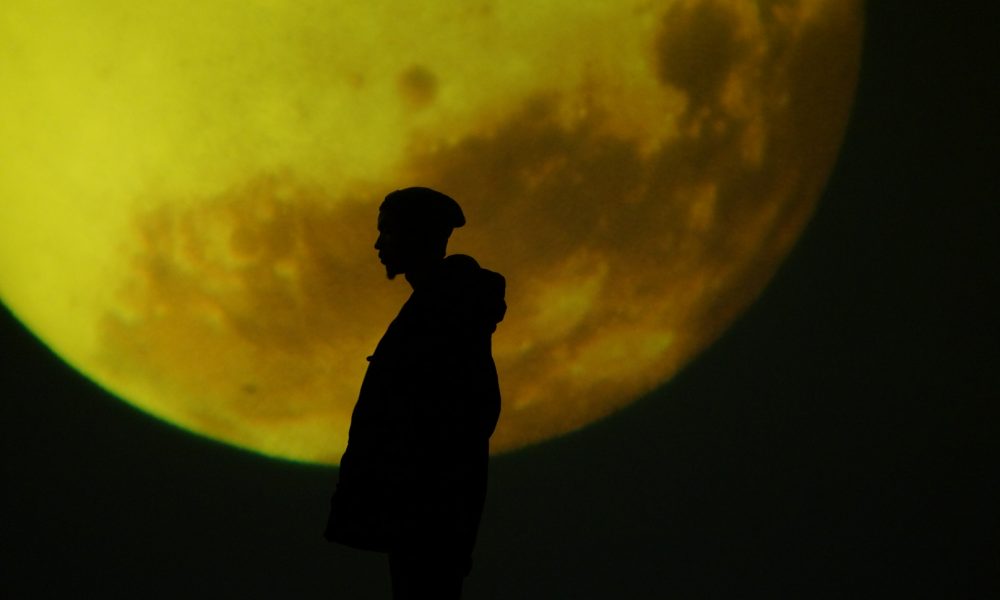 Today we’d like to introduce you to Arrington Porter.

Arrington, can you briefly walk us through your story – how you started and how you got to where you are today.
I was born in Evanston, IL on April 21, 1993. I then moved from Evanston to Murfreesboro, TN at the age of 1 years old where me and my older brother were raised by our grandparents. While growing up, I had taken a liking to drawing cartoons and people. My family could attest that I made it clear that I enjoyed creating at an early age. However, throughout high school I decided to concentrate more on sports, where I had taken a lengthy break from drawing. It was towards the end of my junior year in high school that I decided to transfer to Des Plaines, IL for my senior year to live closer to more of my relatives. It was during that year I began to start concentrating less on athletics and more about my future after graduation.

Once graduating from high school, I soon began making the transition from high school to college. I had enrolled into Northern Illinois University in the fall of that year (2011). It was during my freshman year I slowly began drawing again. At the time I was not very sure what I wanted to do as a career, but I trusted God and asked for his guidance in leading me to what I should be doing with my future. It was soon after this that I began to teach myself piano as well (musician) as beginning to start taking art very seriously. I began to challenge myself continuously with each new piece and basically just obsessing over improving as an artist. As a year went by, I now realized what my purpose was and part of what God’s plan was for my life and decided to major in Visual Arts.

I began taking art courses and slowly started getting introduced to new mediums. It was when I took a painting class that I soon began to fall in love with oil painting and decided that this was my thing. It was within that same year I started concentrating on portraiture as my main focus in subject matter. I’ve always been intrigued by the human figure and the process of creating realistic works. Later that year I had also gotten 2 of some of my first portrait paintings into Gallery Guichard located in Chicago, IL.

Once I was I crossed that initial creative milestone (gallery representation), I have yet to look back and have continued on my artistic journey.

Great, so let’s dig a little deeper into the story – has it been an easy path overall and if not, what were the challenges you’ve had to overcome?
Overall I’d say it’s been both smooth and bumpy. I’ve only been painting for almost 4yrs now, so I’d say I’m very fortunate for people to have shown their appreciation for what I’m creating thus far. Even though it hasn’t been too long of a struggle I’ve still experienced and continue to experience the hardships of being accepted professionally. It’s something that just comes with the territory of being an artist I guess. Also it’s challenging finding your own individual voice amongst all of the other incredibly talented artists out there, especially in Chicago. I’m constantly being inspired and motivated from my creative peers.

Heir Porter Works – what should we know? What do you guys do best? What sets you apart from the competition?
Well I am the owner and artist behind my company Heir Porter Works. I am an artist specializing in distributing my artwork, but also just my creative ideas and concepts. I eventually want to sell more than just my paintings. I’m most proud of my company that people continue to show support and genuinely take interest in my products/ideas whether it be monetarily or from just spreading the word of what I have to offer. What sets me apart from others is that I pull from my own specific interests, experiences, ideas, and the fact that I’m the only me in this business.

What moment in your career do you look back most fondly on?
I’d have to say the proudest moment of my career thus far was starting my own business and continue and just continuing to learn along the way. 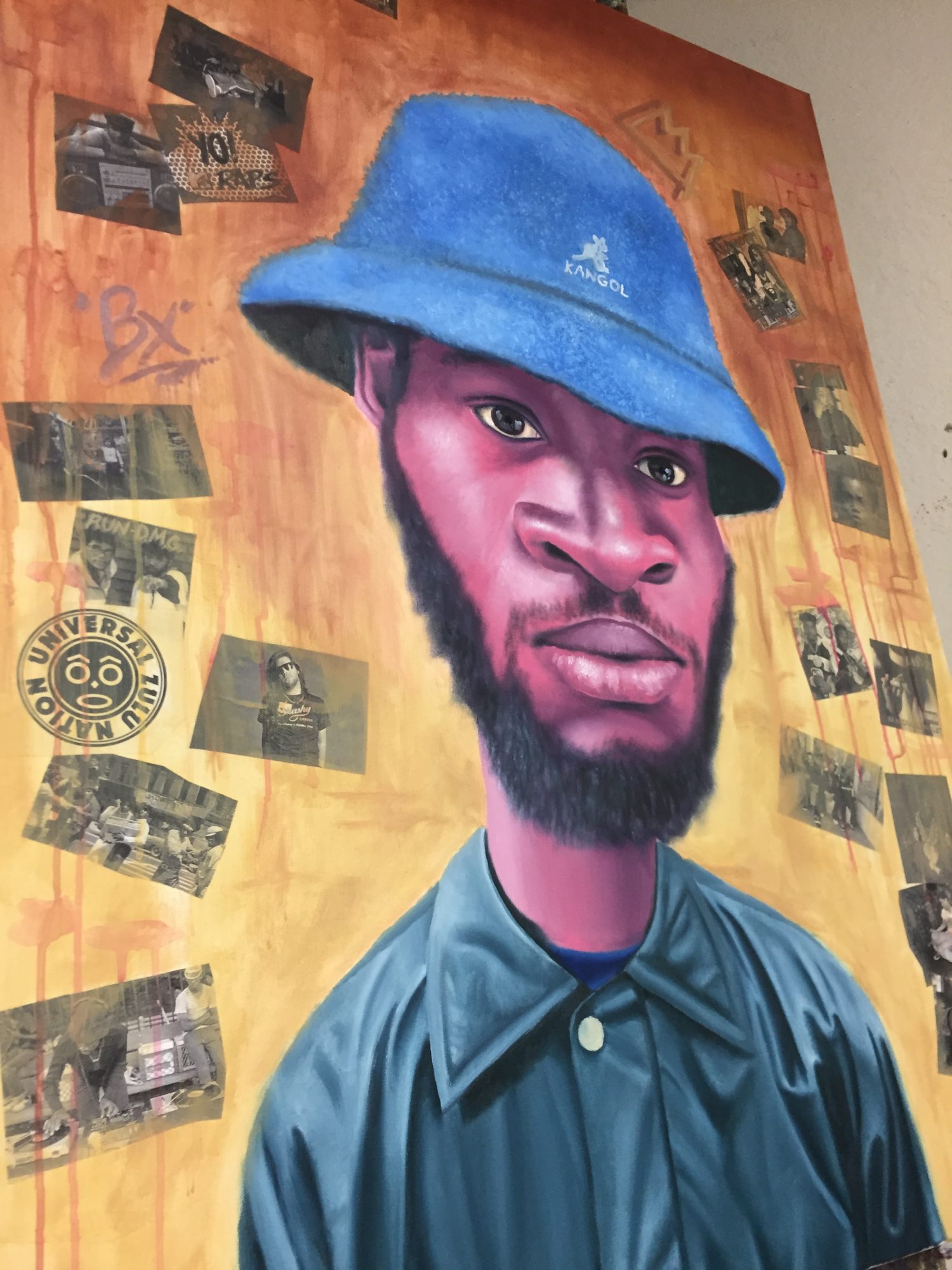 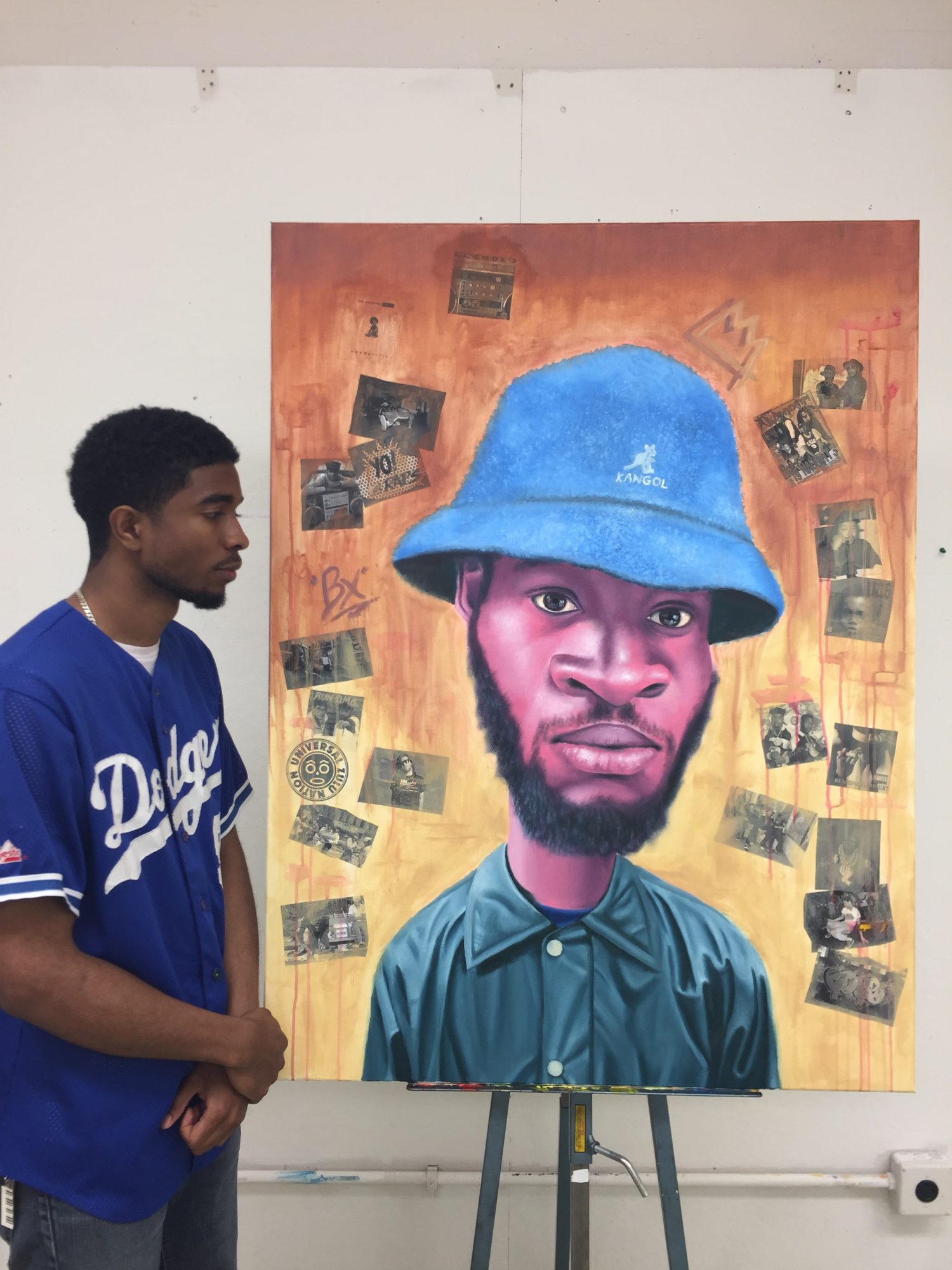 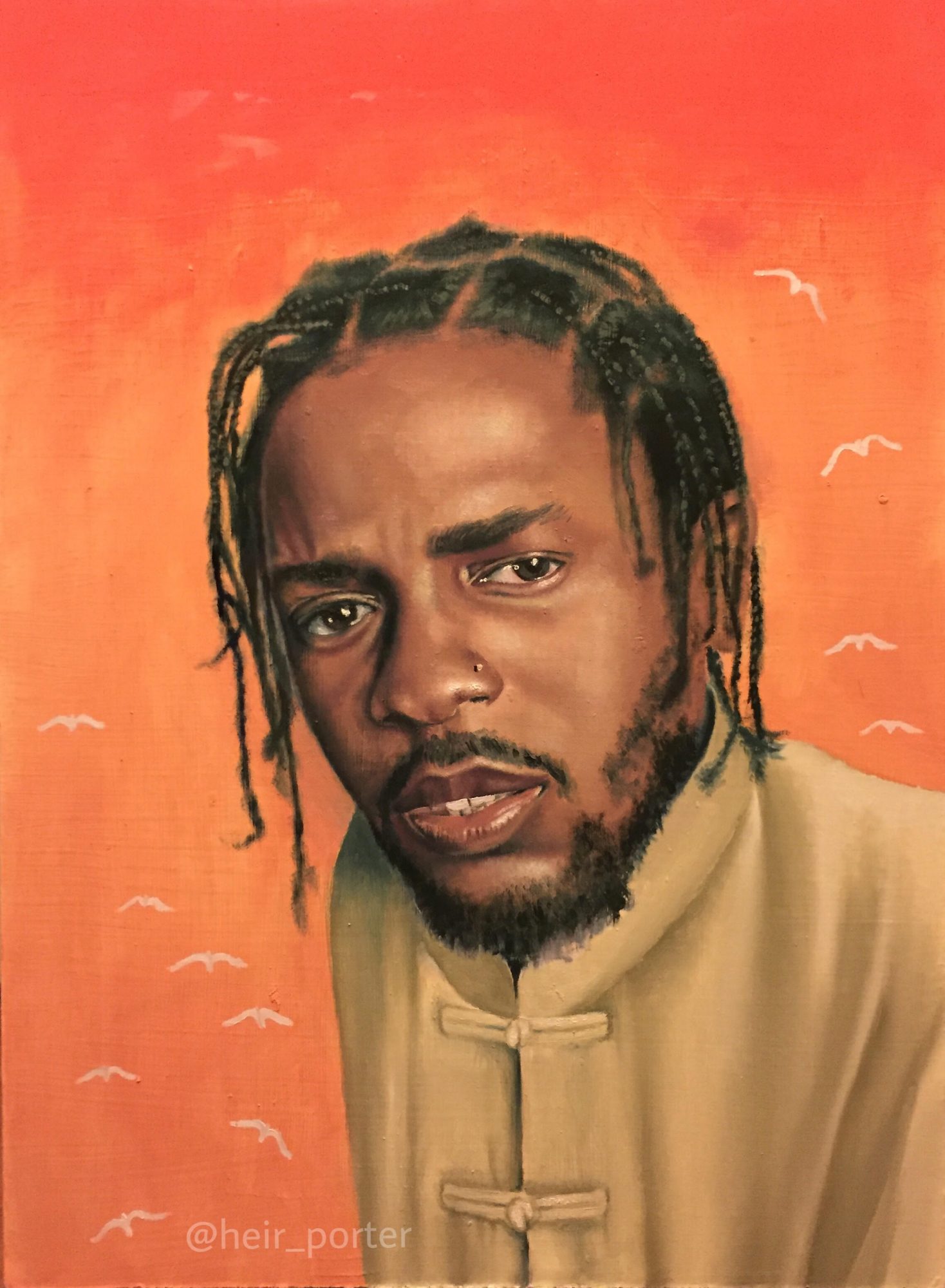 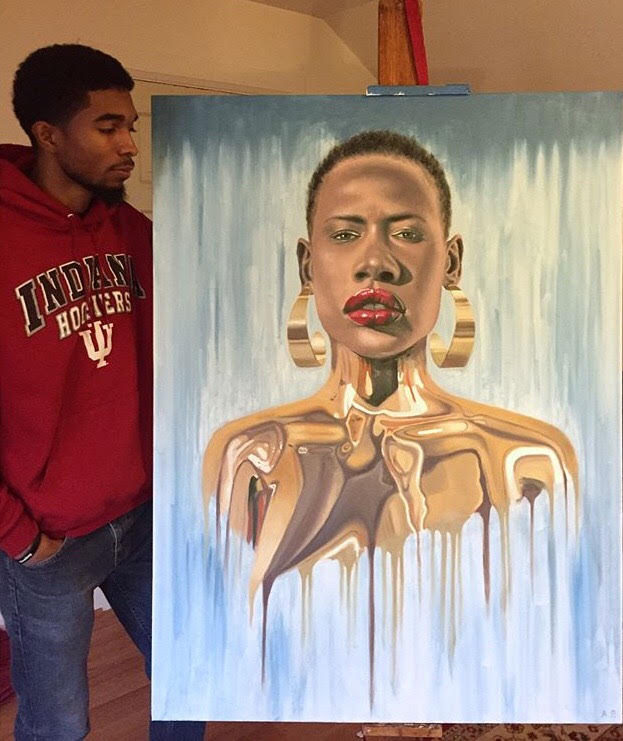 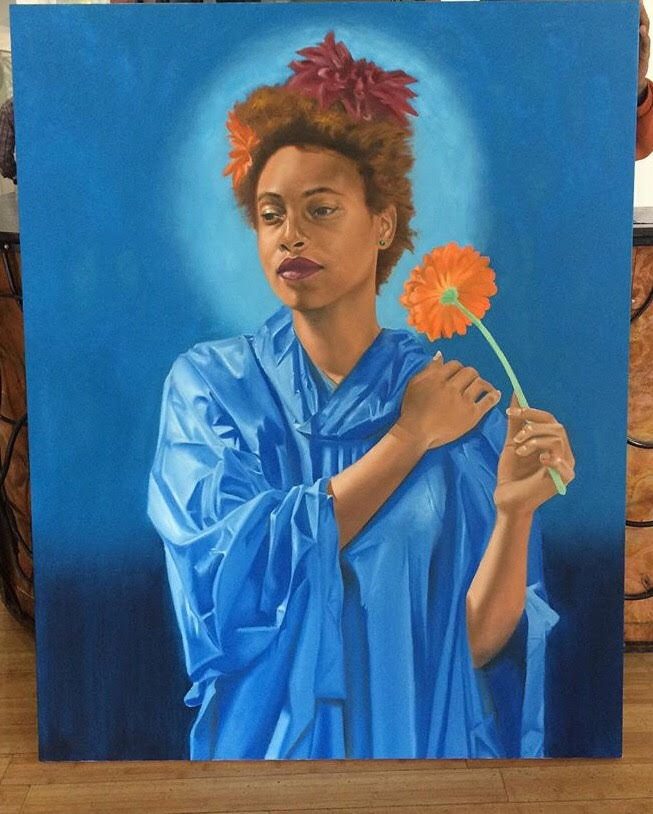 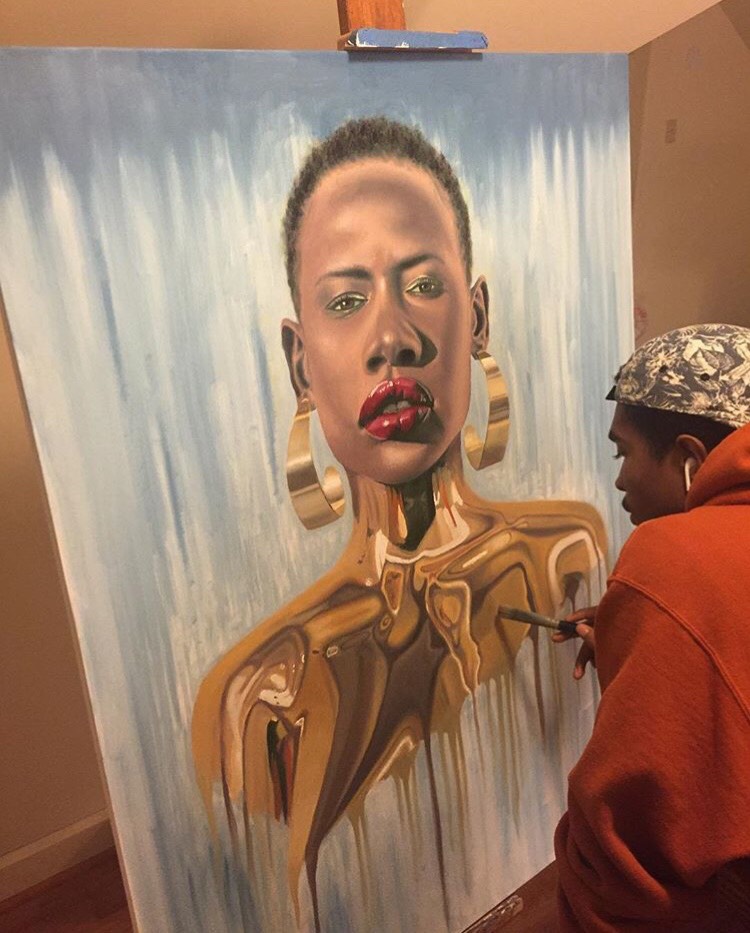 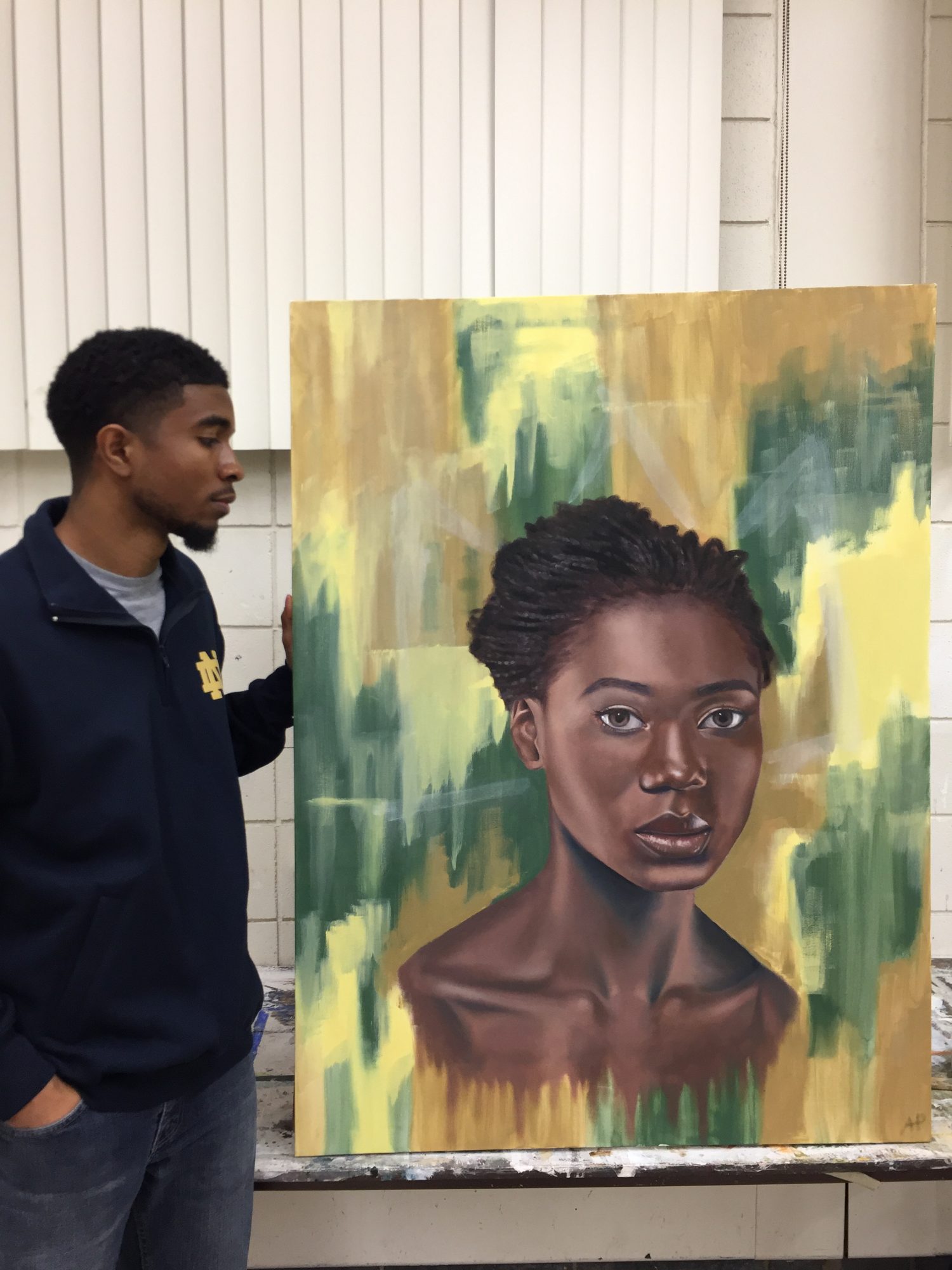