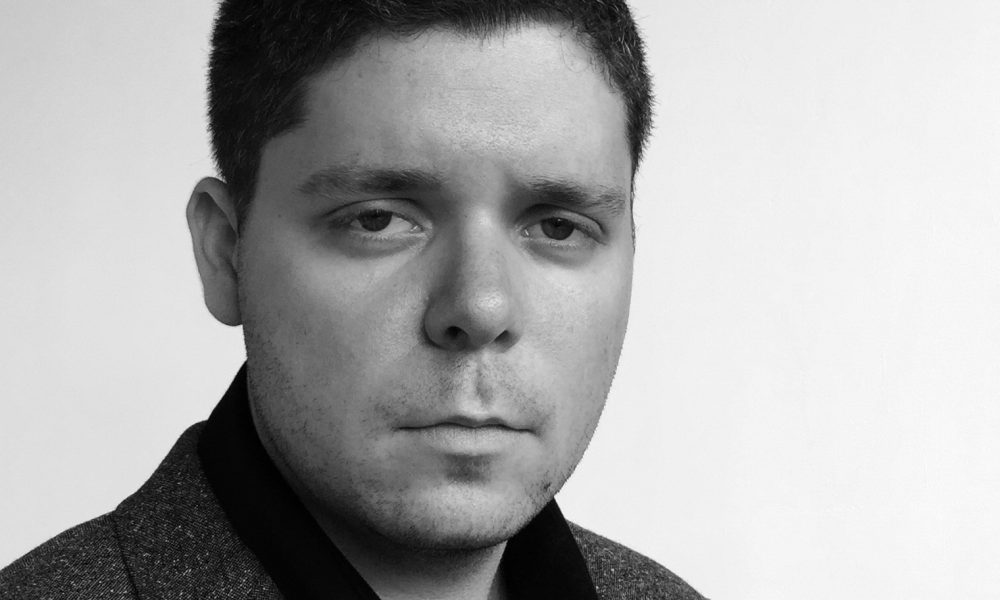 Today we’d like to introduce you to Anthony Adcock.

Anthony, can you briefly walk us through your story – how you started and how you got to where you are today.
I started Ironworking in the summer of 2005. My father, who is a Local #1 Ironworker, recommended that I join the apprenticeship directly after graduating high school. At the time, I wasn’t aware that this job would shape my future artistic career.

In theory, the laborious job was simple: pick up the rebar from over here, bring it over there, build a wall or column, and repeat the process for two years until it resembled a skyscraper. Even though this new job was exciting at times, it wasn’t the career for which I had hoped. I remember looking down from the edge of the 52nd story when I realized that I wanted to go back to school. I was watching a single ray of light over lake Michigan pierce the monochromatic sky to create a nearly perfect circle of light on the water. I sat and watched the light slowly shift in hue and value, thinking about how Rothko or Lorenzo Lotto would have painted it. I had an interest in drawing and painting from a young age and desired a formal training. I went to the American Academy of Art that fall and majored in oil painting.

The Academy focuses on a classical approach to representationalism. I found it oddly similar to the Ironworker apprenticeship, as it was more of a trade school, teaching students how to use the tools of the trade. I created mostly figurative work for my first few years, honing my technical ability to control material. Near the end of my undergrad experience, I became interested in Trompe l’oeil painting and hyperrealism.

After graduating, I continued to Ironwork as well as work as a freelance muralist, illustrator, designer, photographer, and art director. I took as many art related jobs as I could. I designed wine labels, photographed live band performance, painted murals, directed short films, and painted portraits. I was doing pretty well in the commercial art scene but I wanted to focus on my own artwork. I started building a body of work that I used to submit to various exhibitions/competitions. I found my way into over 20 exhibitions in just two years and won a number of awards.

In 2010, I found myself ironworking again, building a research facility at the University of Chicago. Driving through campus every morning to get to work, I would see students walk to and from the castle-like structures. I wanted to go there so I applied.

I was accepted into the Division of Visual Arts at the University of Chicago in 2011. The program was perfect for me. It was two years of non-stop art making, plentiful philosophical jargon, and many sleepless nights. I had the privilege of working with many great artists and professors. During my time there, I worked on a collaborative arts/science grant with a physicist who worked at C.E.R.N., the giant particle collider in Switzerland. Coincidentally, the artwork produced from the project was installed in the research facility I had built the year before as an ironworker. During my thesis exhibition two great things happened: a Chicago gallery owner saw my show and decided to represent me in his gallery and the academic dean from the American Academy of Art saw the show and hired me as a full-time faculty member.

After receiving my MFA, I continued to make art, teach, and occasionally ironwork . I had a few good shows at Packer Schopf gallery in Chicago, which led to more shows. Since 2009, I’ve had over 60 exhibitions, ranging from small group shows to large solo shows. I am now represented by Lyons Wier Gallery in New York and at Aron Packer Projects in Chicago. My work can also be found at some of the large art fairs, like Art Miami and VOLTA. I continue to teach at the American Academy of Art. I teach life drawing, figure painting, and still life painting. I also teach part-time at Vitruvian Studio in Chicago. I work on my art for about 20 hours a week at my studio on the north side of Chicago. I am currently preparing for a solo exhibition at Lyons Wier Gallery in September.

Great, so let’s dig a little deeper into the story – has it been an easy path overall and if not, what were the challenges you’ve had to overcome?
I think that most artists choose the road not taken, which is inevitably laden with potholes. Being an artist is difficult at times, especially when beginning. A large obstacle for any artist is to maintain the integrity of the work while seeking financial capital to continue working as an artist and supporting oneself. When I gave up ironworking full-time to pursue a career in the arts, many did not understand and some attempted to dissuade me from following that path. Stepping away from a secure job definitely created struggles, but it was a chance that I would take again.

Anthony Adcock – what should we know? What do you guys do best? What sets you apart from the competition?
I create cultural objects that generate discourse around deconstructing previous models of art discourse, to further understand notions of arts purpose, functionality, and relevance in modern day society, while investigating connotations of the union labor workforce and its relationship to art and culture.

I specialize in creating hyperrealistic paintings and sculptures that generate experiences similar to that of a job-site, mimicking specific moments of the construction process via Trompe l’oeil painting, sculpture, drawing, installation, and video.

I am probably most known for my Trompe l’oeil paintings of plywood and street signs.

I am proud of many achievements, but I am most proud of the fact that I took chances and never gave up on making art.

I have used the various types of training that I have received throughout my life to create a body of work that sets me apart from others. It is rare that an artist makes both hyper representational and conceptual art. And maybe It’s even rarer that a union ironworker doubles as a fine artist.

What moment in your career do you look back most fondly on?
I think I’m most proud of some of the solo exhibitions I’ve had. In 2016, I had a solo booth at VOLTA art fair. VOLTA is a contemporary art fair that features work by leading and emerging international solo artists. 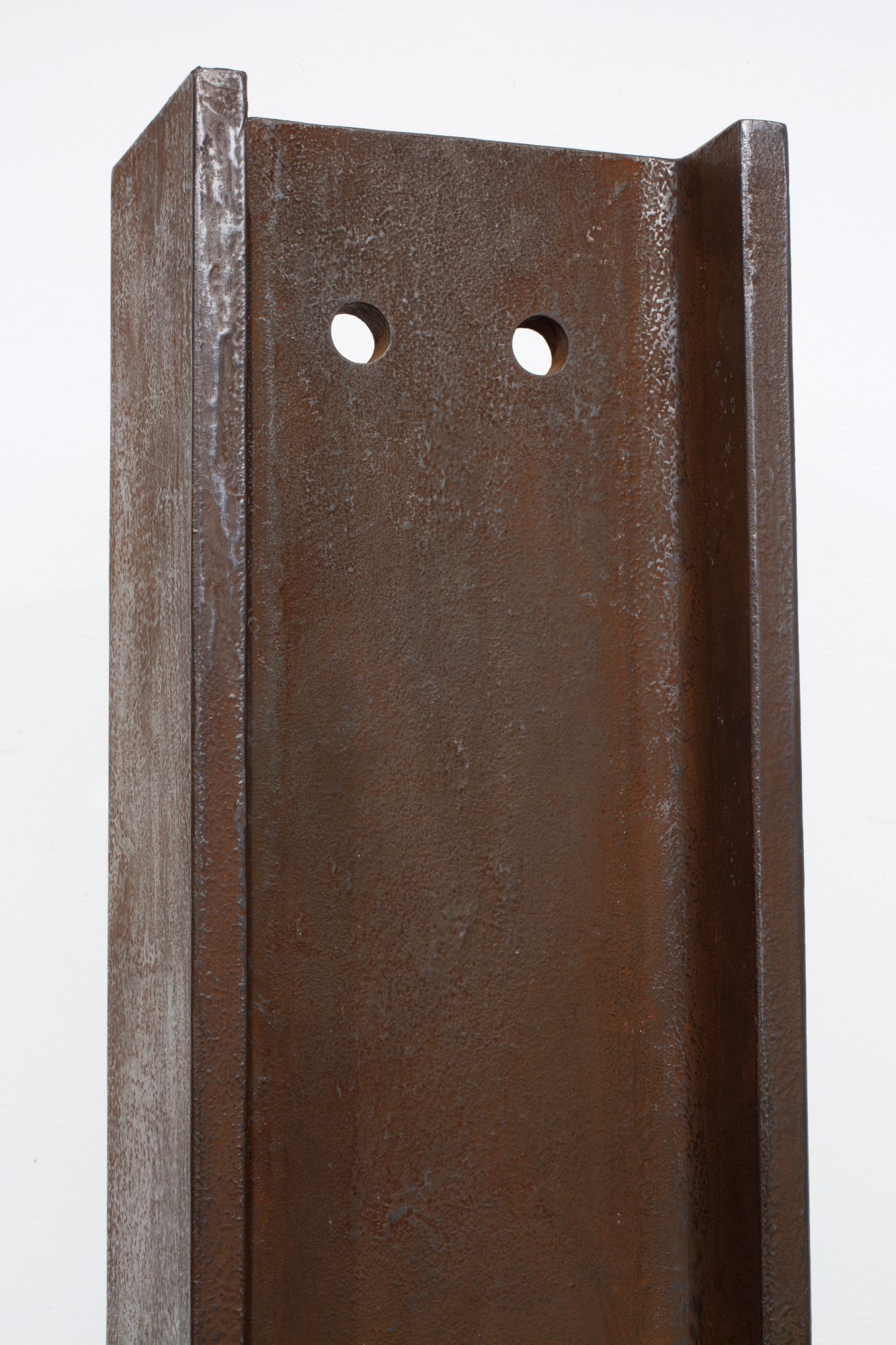 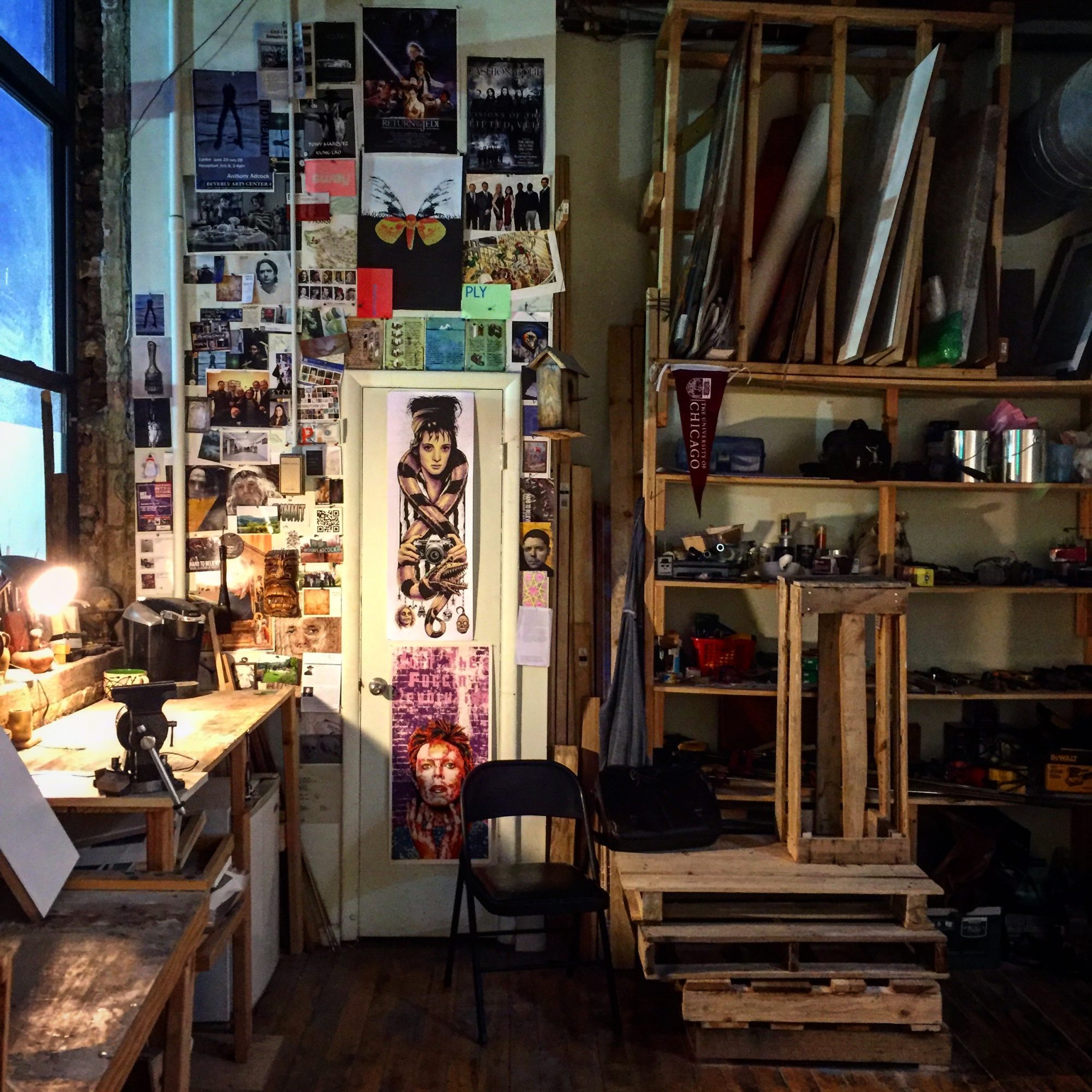 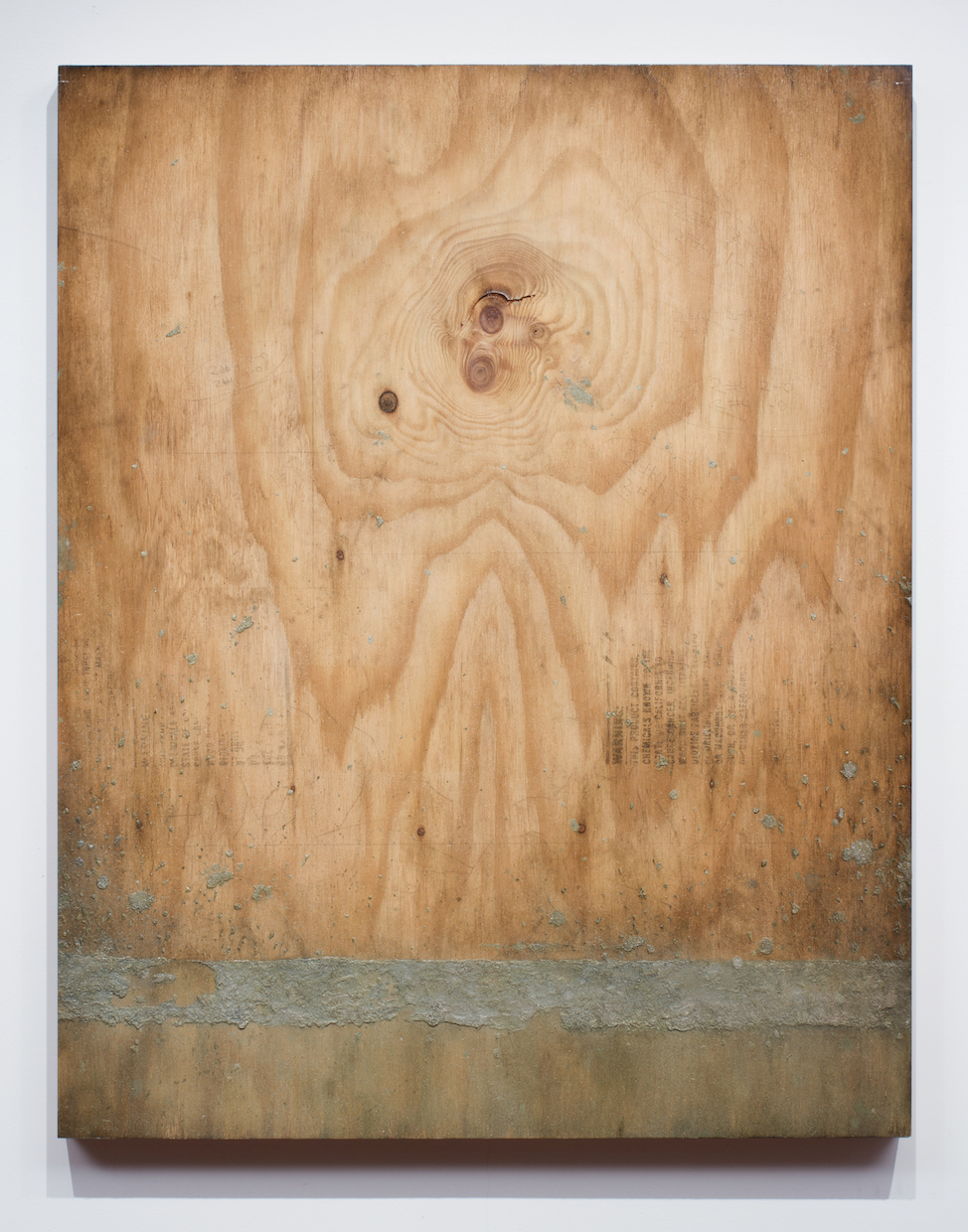 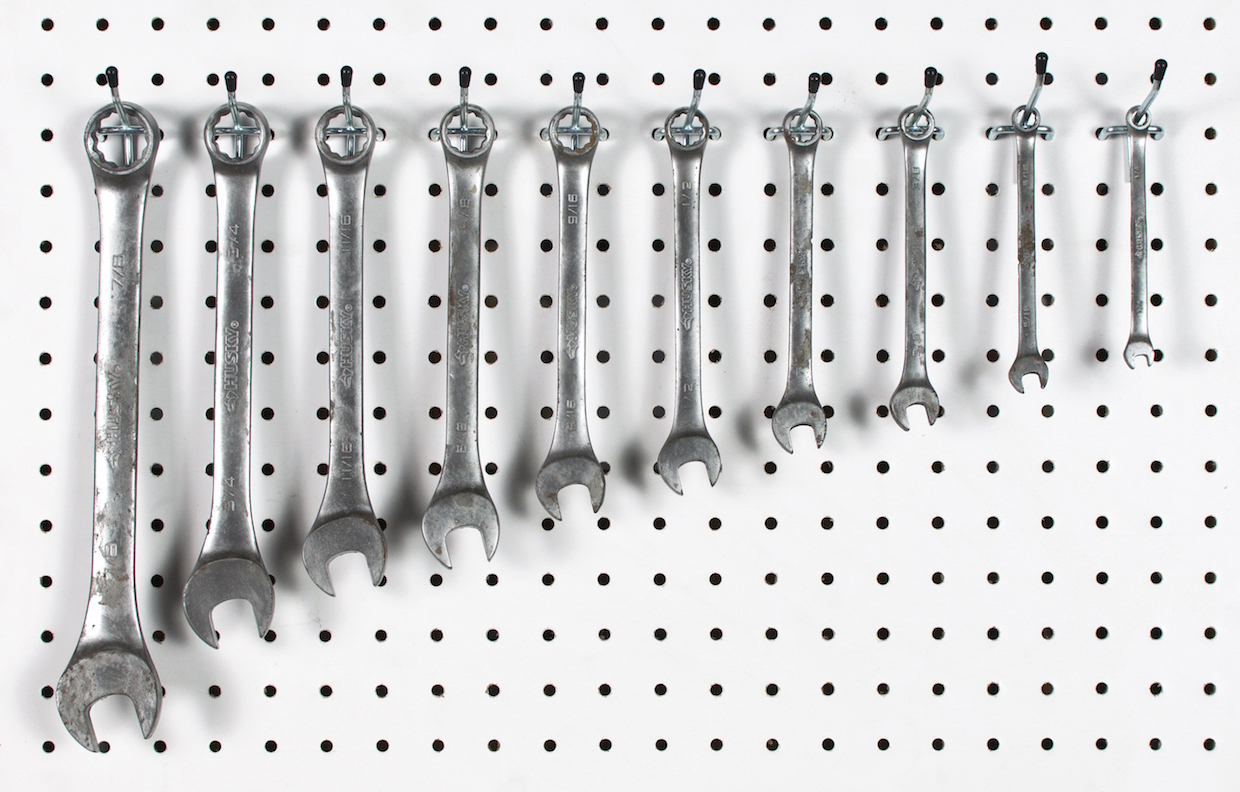 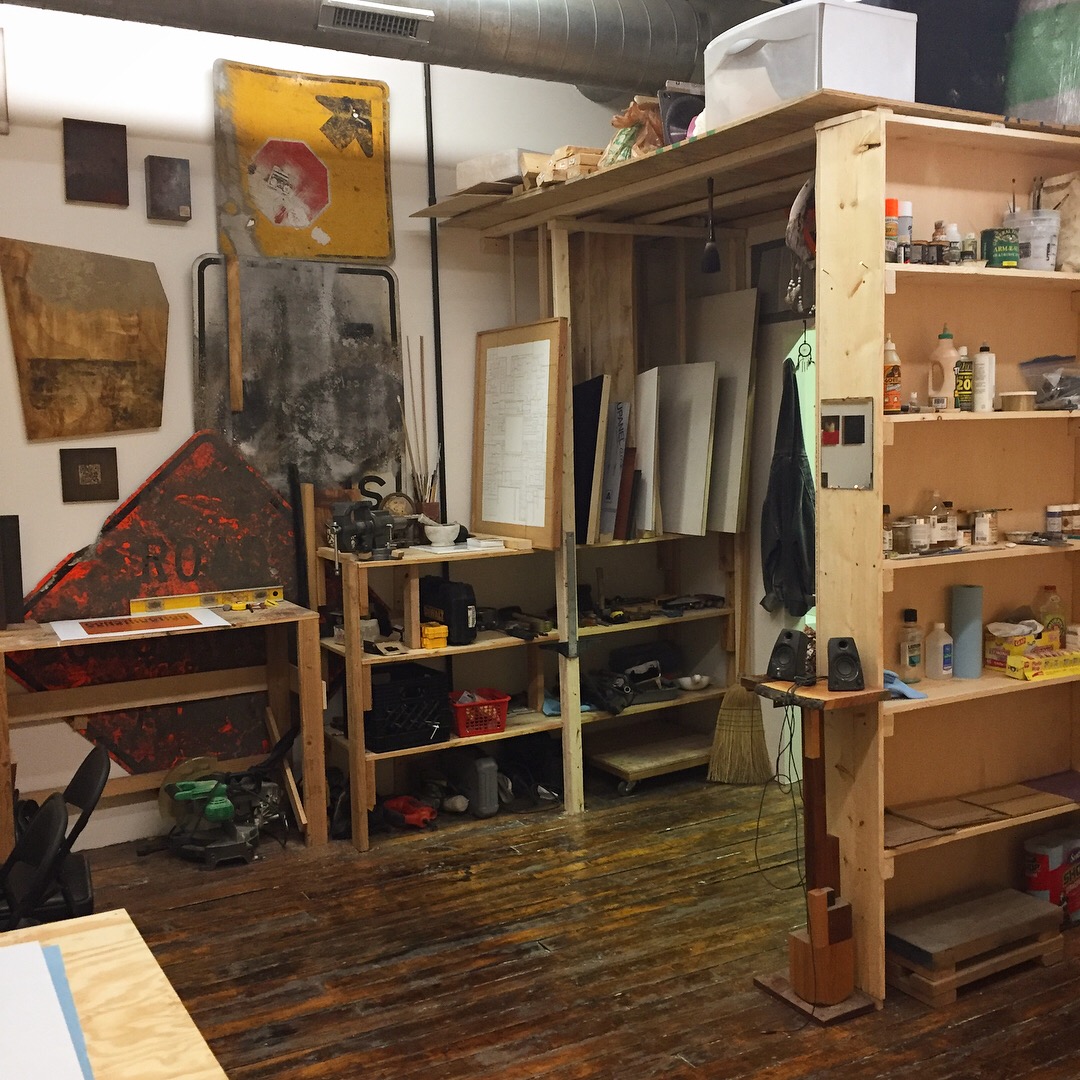 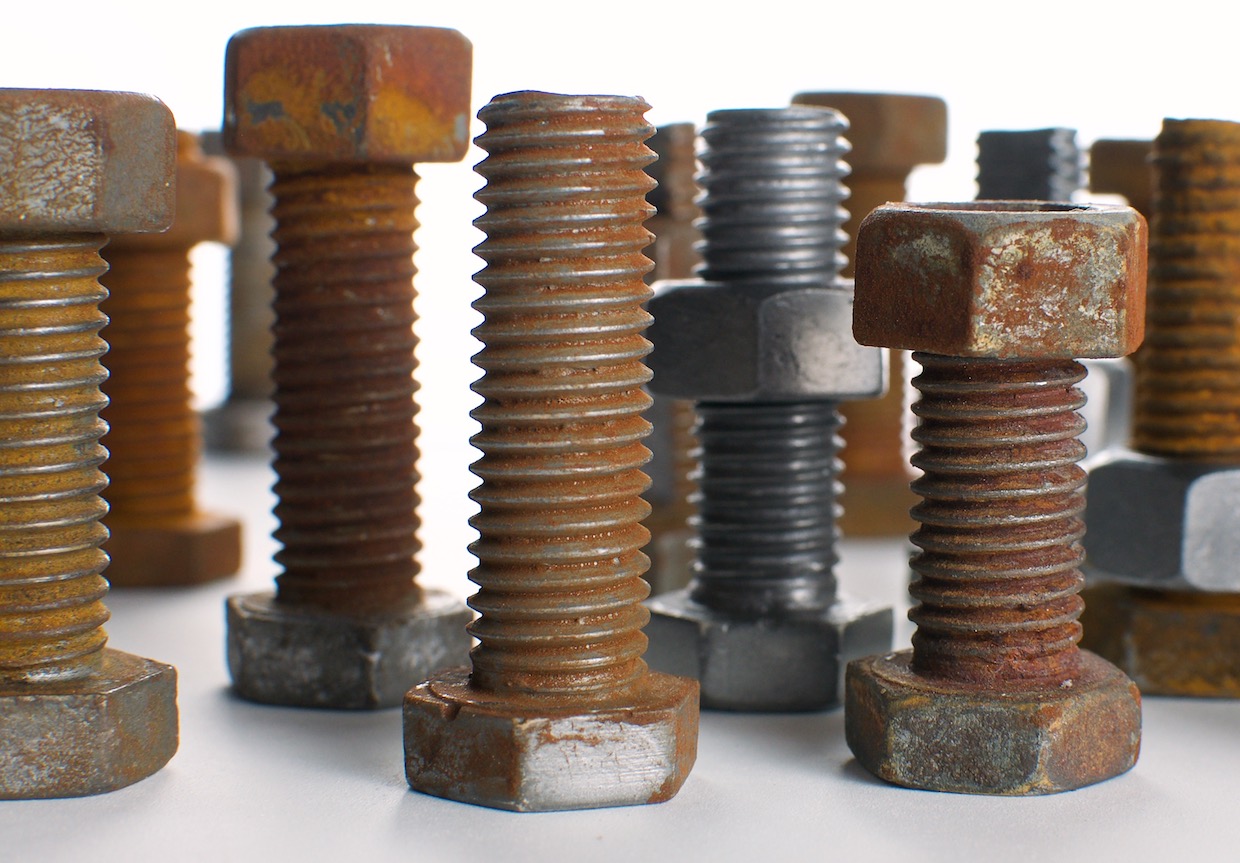 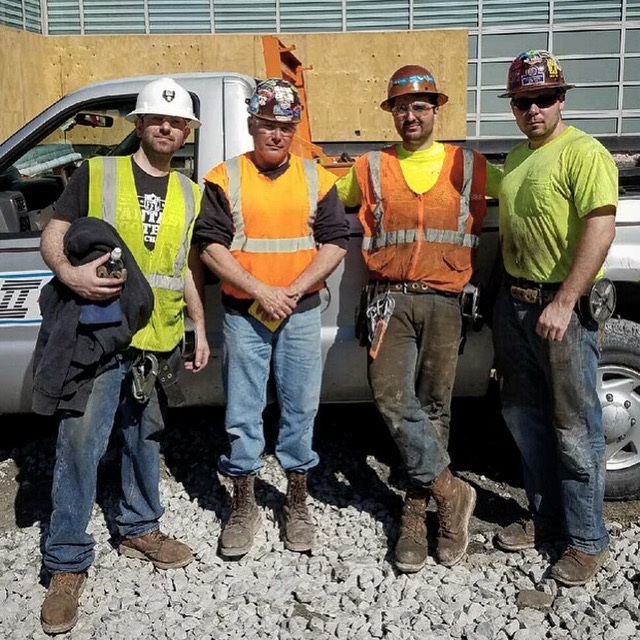