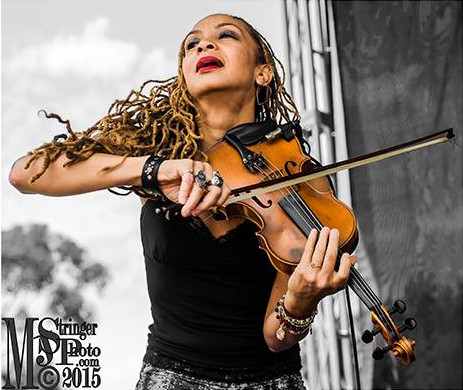 Today we’d like to introduce you to Anne Harris.

Anne, please share your story with us. How did you get to where you are today?
I was born and raised in a small college town in southwestern Ohio. I trained classically, but always had a very wide range of musical influences. I moved to Chicago in the nineties after college, drawn to its vibrant and diverse arts community and lived in Rogers Park & Edgewater. The music, theater, art, and film scenes were not only exploding at that time in Chicago but felt so accessible.

The prerequisite seemed to be only the desire to work hard and with dedicated passion. It had this energy of a city whose artists really work for the sake of art and expansion, and I still feel that energy today. I dabbled a little in theater and on-camera work but began my dedicated musical journey playing with a local popular cover band. That led me into the incredible music community here where I began working and collaborating, live and in the studio, with many musicians in many genres.

Eventually, I began songwriting myself, producing 5 CDs and playing live locally and regionally with my own band. When playing a show at Buddy Guy’s Legends in 2008, I was discovered by Trance Blues legend Otis Taylor with whom I recorded and toured with internationally for nine years, through February 2018. I played on 4 of his critically acclaimed records and performed on countless stages here and abroad. But most importantly my tenure with him introduced me to the Blues community with whom my soul would be forever be wedded.

Over the years I have had the privilege and great honor of playing and recording with some pretty incredible Chicago based musicians. Some of this roster include Grammy-nominated Jefferson Starship frontwoman Cathy Richardson, blues legend Mud Morganfield (son of Muddy Waters), 3 times Grammy nominated blues harp virtuoso Billy Branch, and local stars Poi Dog Pondering.

I’ve been featured in several Blues photo books and exhibitions in the US and in Europe, and have collaborated with visual artists as well as designers. My current projects include a forthcoming record with alt-blues artist and singer/songwriter Markus James, a new solo acoustic record, and starring in a short film by Chicago director Mark Schimmel called “The Musician” to be shot here downtown.

Great, so let’s dig a little deeper into the story – has it been an easy path overall and if not, what were the challenges you’ve had to overcome?
I don’t think that anyone’s path is always smooth, and being a woman of color, musician, and mother I’m no exception. But the whole point of life is navigating the struggles as gracefully as we are able to in our current moment, learning from our mistakes, and then trying to grow from them.

Every struggle is a potential for growth and expansion. If we move forward with consciousness, courage and an open heart then we are rewarded in ways we never dreamed possible. Balancing the responsibilities of touring and performing with home life is a constant challenge to be as efficient and effective with my time as I possibly can.

I have had to miss some beautiful moments of my daughter’s growing up while on the road. However, that fuels me with a passion to pour 100% of myself into the music, because I want to be a positive role model for her and leave a legacy of dedication.

Please tell us about Anne Harris.
I am an American Roots and Blues fiddle player and singer/songwriter.

Although my early training was classical, many styles have influenced me and I have a sound that is a genre-bending amalgamation of these diverse influences. I also am a very physical performer and imbue my performances with movement led by emotion. I think what sets me apart from others is that I’m a bit of a square peg. I’ve never fit any sort of traditional mold, so I’ve created my own unique space. I treasure the opportunity to open people’s minds to something they perhaps have not experienced before, especially young kids.

Do you look back particularly fondly on any memories from childhood?
I grew up the middle child of 3 in a house where my parents had a large and eclectic record collection that filled our house with music. I loved listening to records and the radio, dancing, playing the violin, and performing in local theater productions. I am so grateful to have been raised not only in a house that was supportive of the arts but in a community which was just as supportive. 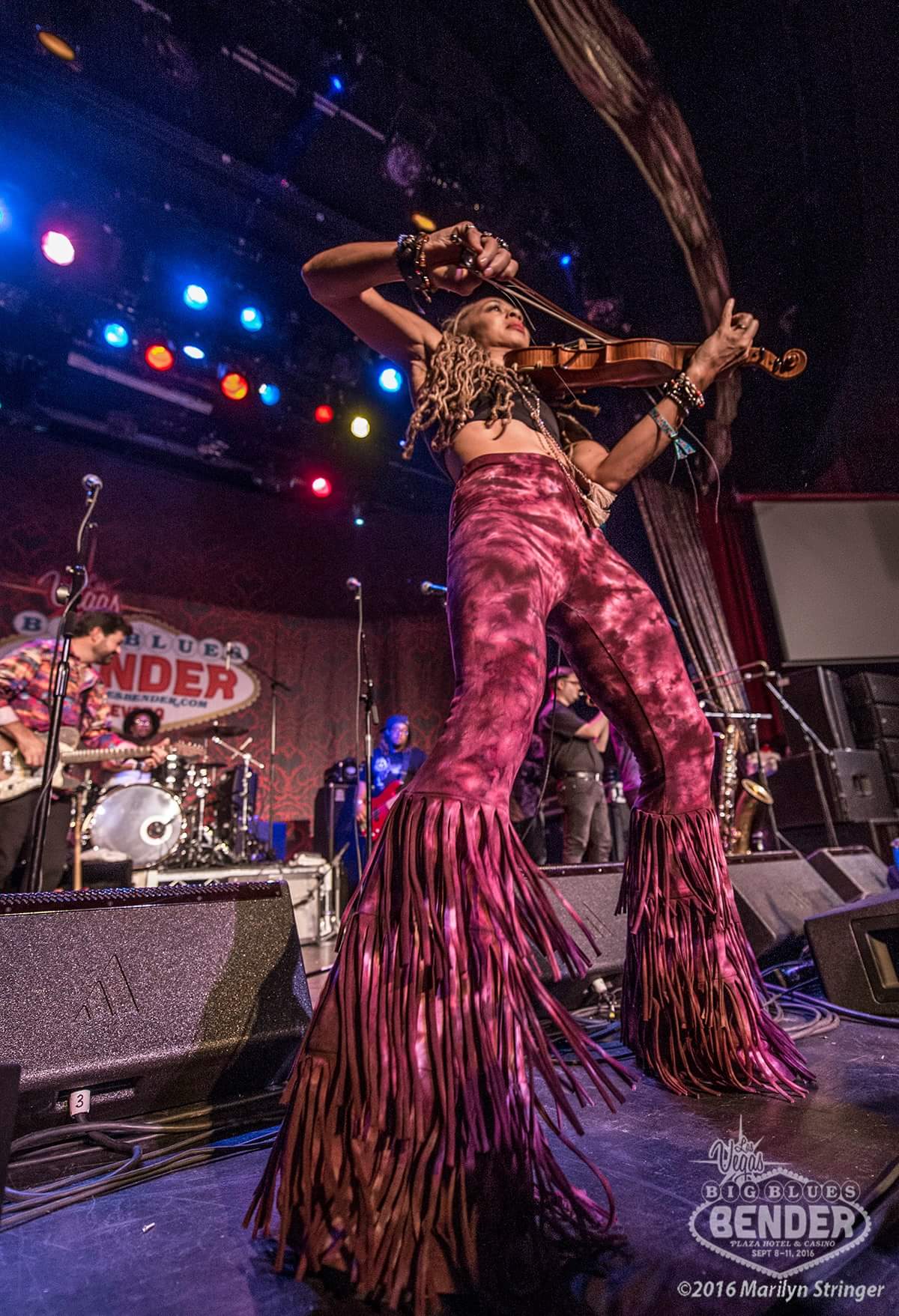 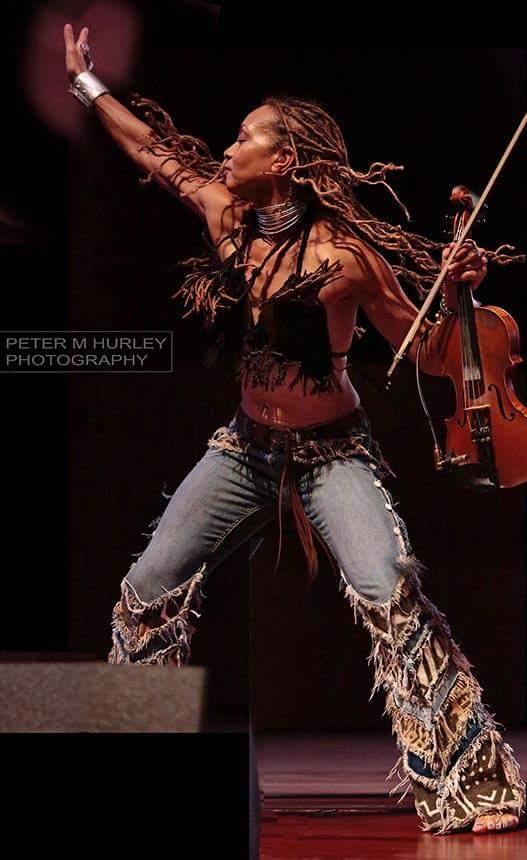 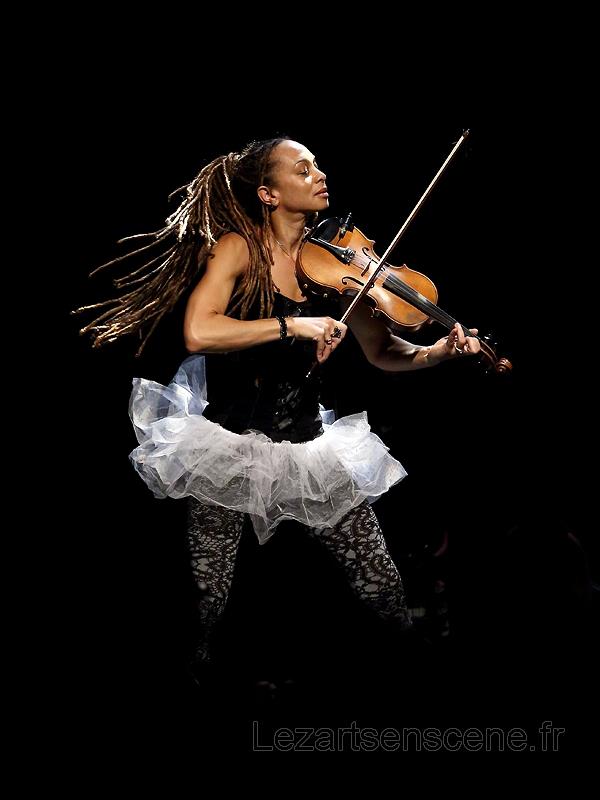 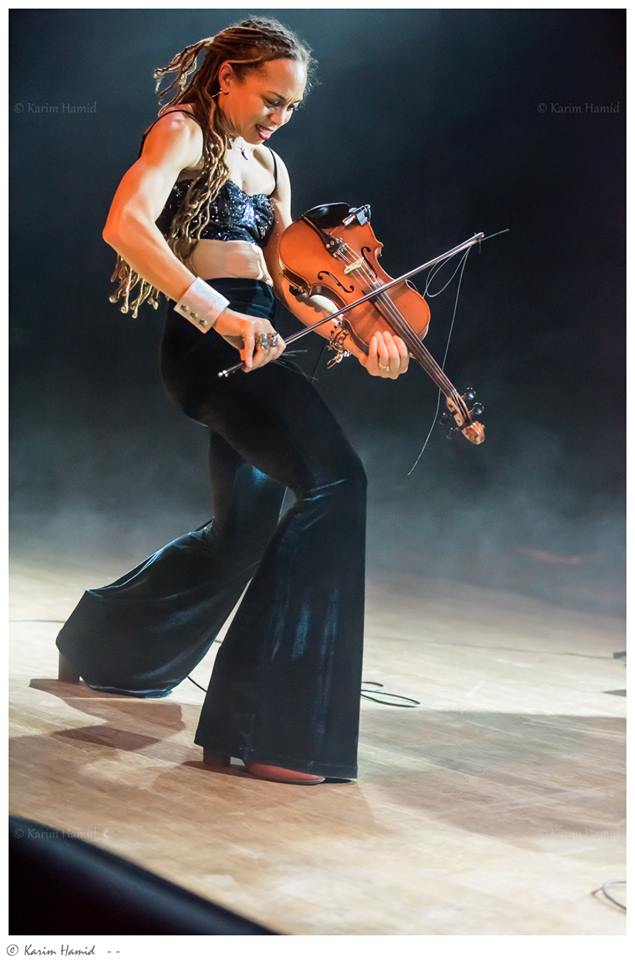 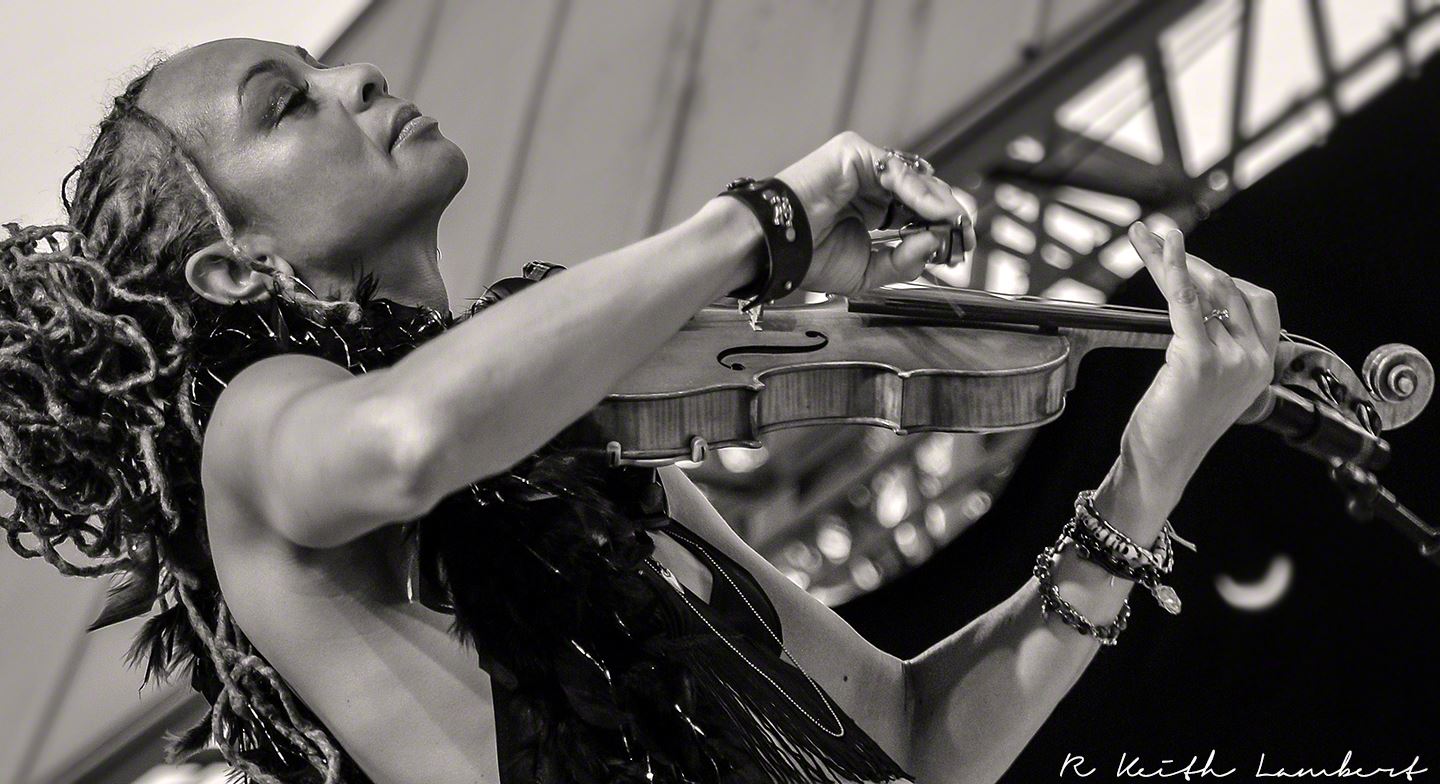 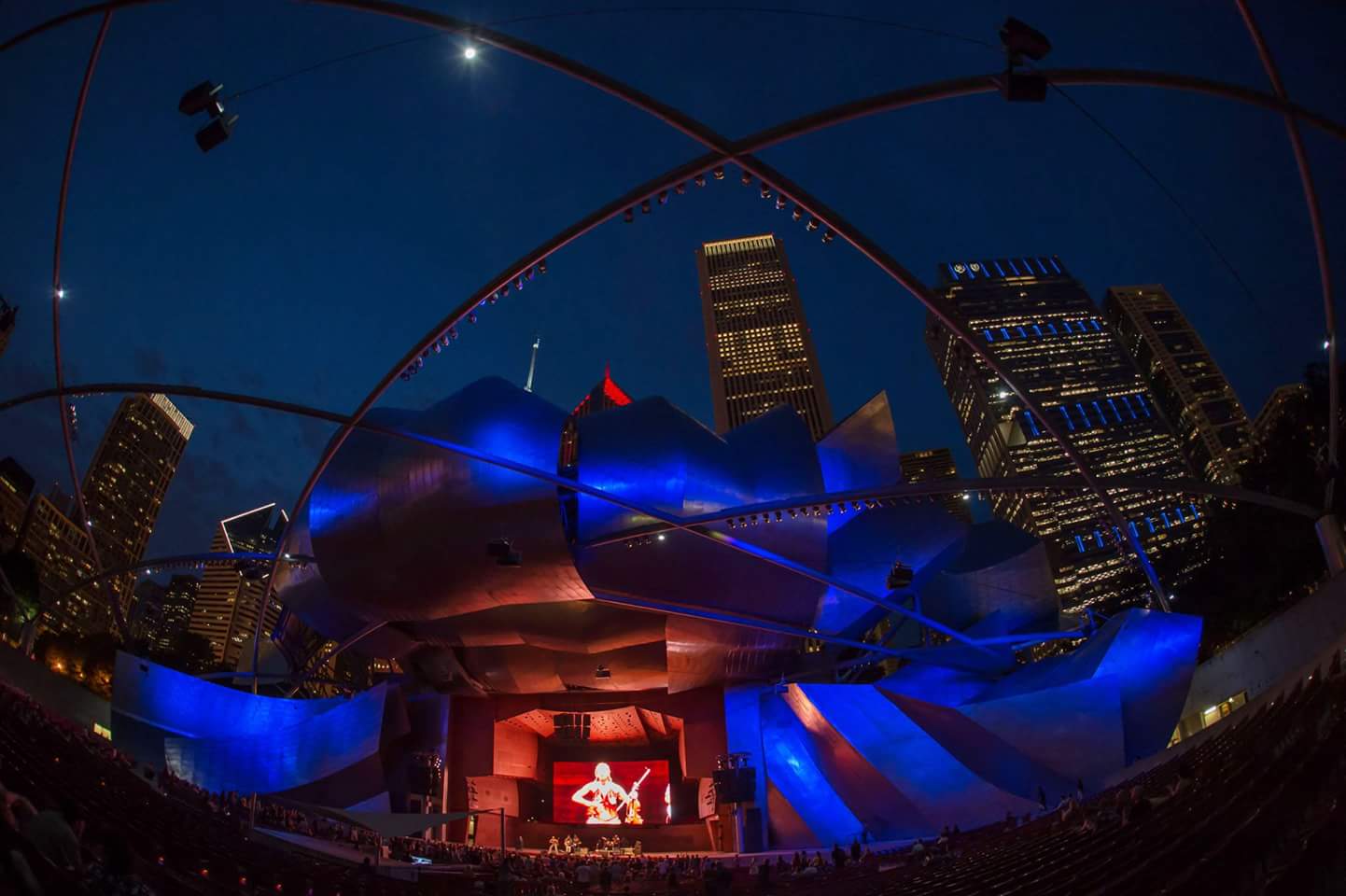