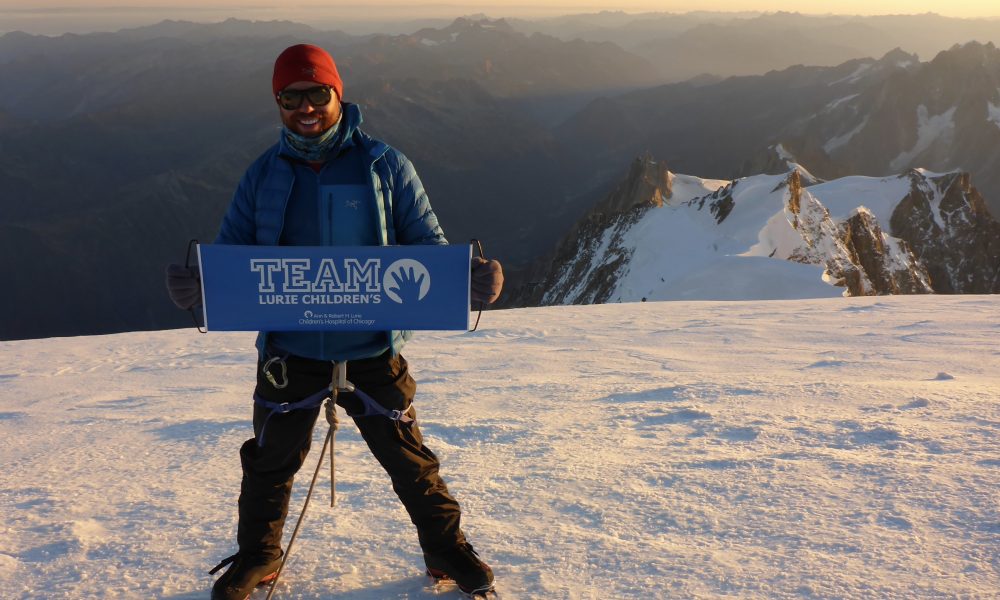 Today we’d like to introduce you to Alexander Pancoe.

Alexander, can you briefly walk us through your story – how you started and how you got to where you are today.
In the Summer of 2005, as an incoming sophomore at Northwestern University, I was diagnosed with a brain tumor. Dr. Tadanori Tomita performed surgery and successfully removed my brain tumor, which turned out to be benign.

Fast forward to 2015. After college, I became very involved with Lurie Children’s as a member of the Foundation Board. I became so impressed with the hospital; both as a leader in treatment, but also with the holistic approach they took towards trying to bring joy and happiness to otherwise terrible situations. I also met with families and patients who had battled brain tumors and I knew I wanted to give back and give my time and energy to such an amazing Chicago institution.

After a trip to Africa, I became very interested in attempting to climb Kilimanjaro. I wasn’t sure what to expect as I had never attempted anything remotely as physically and mentally challenging but trained extensively and summited in November of 2016. This occurred right after the Cubs won the World Series, so I celebrated by carrying both a “W” flag and a Lurie Children’s banner.

The feeling of accomplishment and successfully overcoming the mental and physical challenges was unlike anything I’d ever experienced. At this point I decided to attempt an extremely physically and mentally challenging endeavor called the “Explorers’ Grand Slam” – something only 60 or so people in the world have accomplished. It consists of climbing the “Seven Summits” (highest mountain on each continent) and skiing the last degree to both the North and South Pole. So far I have skied to the North Pole and climbed 4 of the 7 summits (Kilimanjaro, Elbrus, (Europe), Aconcagua (South America). & Vinson (Antarctica). To finish I will climb Carstensz in November (Oceania), Denali in June 2019(America), and Everest which I climb in April 2019.
Additionally, I skied to the South Pole this December. I pay for all climbs out of pocket and have raised $400,000, with a million dollar goal to benefit Lurie Children’s’ neurological research.

Great, so let’s dig a little deeper into the story – has it been an easy path overall and if not, what were the challenges you’ve had to overcome?
It most definitely has not been a smooth road, but that’s part of the adventure!

Being away from home in some of the harshest, most extreme environments (tents in -40…winds up to 70 mph etc.) with no creature comforts like showers, internet, laundry, fresh meals, can take a huge mental toll.

Additionally, much of my time back home is dedicated to physical training, which is definitely hard on relationships, friendships, etc.

The biggest struggle I’ve recently faced was a near-death accident, while I was training in Aspen. I was on a pretty non-technical peak when a rock I was holding onto broke loose. I only fell two feet but I severed my leg and was losing a lot of blood. I managed to make a tourniquet to stop the bleeding but still had to crawl down several hundred feet of slopes to get cell service. The Aspen Mountain Rescue and Gypsum based high-altitude National Guard rescued me in a Blackhawk. While the cut was deep and nearly cost me my life, I avoided major damage to my ligaments and bone and am currently in the process of making a full and rapid recovery.

In essence, these climbs are not easy. You can never predict what Mother Nature has prepared for you thousands of feet in the sky – what might look beautiful at or below sea level, is completely unpredictable and hazardous. What keeps me going are the amazing patients and doctors at Lurie Children’s. I know the challenges I’m facing are truly nothing compared to what those incredible kids are going through, and that is such a motivation to keep moving and raising funds for them!

Peaks of Mind – what should we know? What do you guys do best? What sets you apart from the competition?
I’m very lucky to be able to use this challenge to raise awareness for an institution that’s been so impactful on my life and the lives of so many individuals from across the world! Recently, I began dedicating each climb to a different patient fighting a brain tumor at Lurie Children’s. Before each climb, I try to share their story on social media and what I’m trying to do is highlight just how much these kids are warriors. How much they have to overcome and endure. The idea that these are kids and so courageous and dealing with these battles — being able to tell their story has been a privilege. These kids all have their own “Everests” to summit and I hope that I give them a little inspiration, but they provide a ton more inspiration to me.

What moment in your career do you look back most fondly on?
My proudest moment has not yet occurred but will happen when I summit Mt. Everest in April of 2019. This entire experience has been such an accomplishment, but I will consider raising 1 million for Lurie Children’s and summiting Everest my proudest moments. 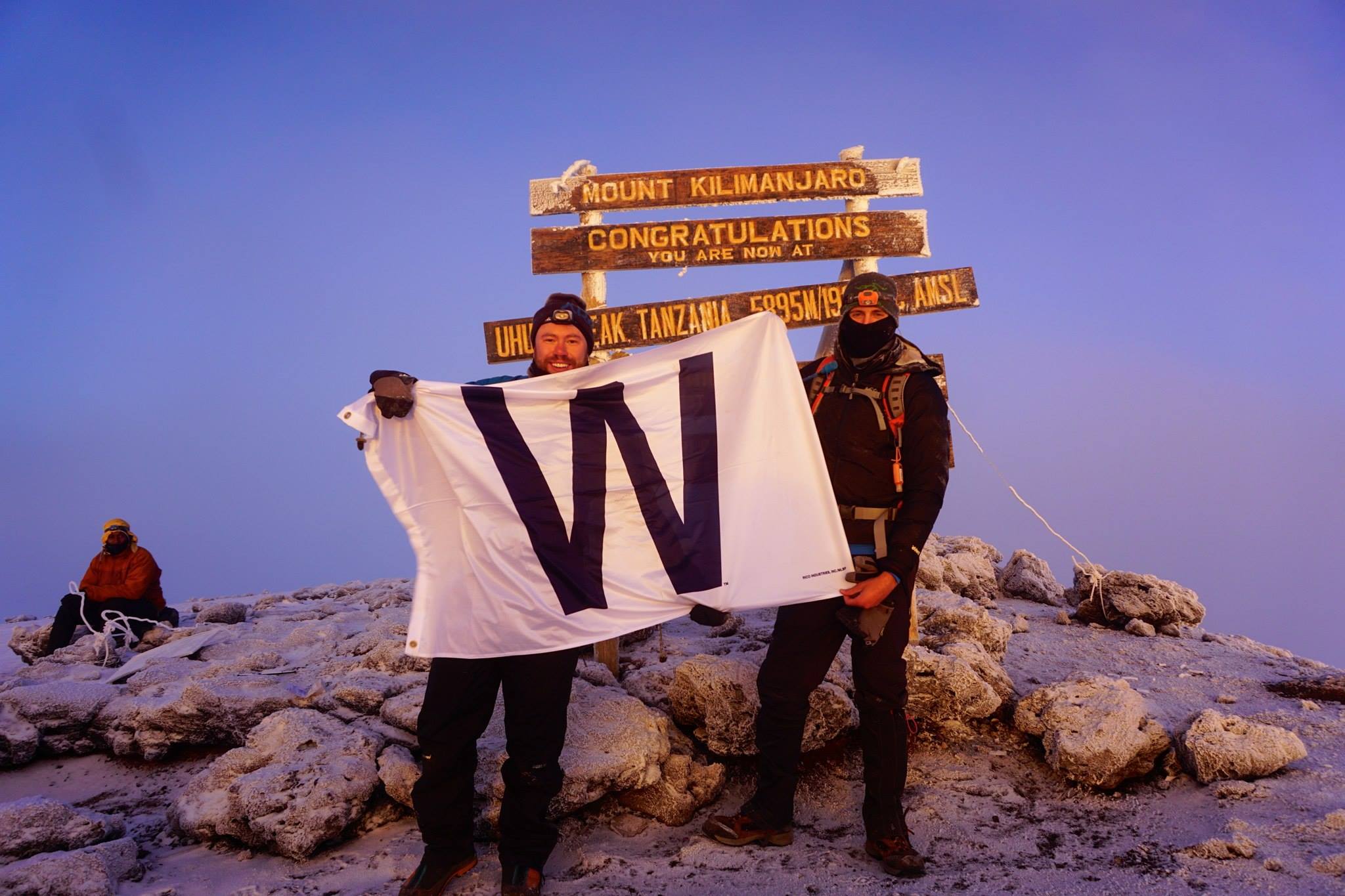 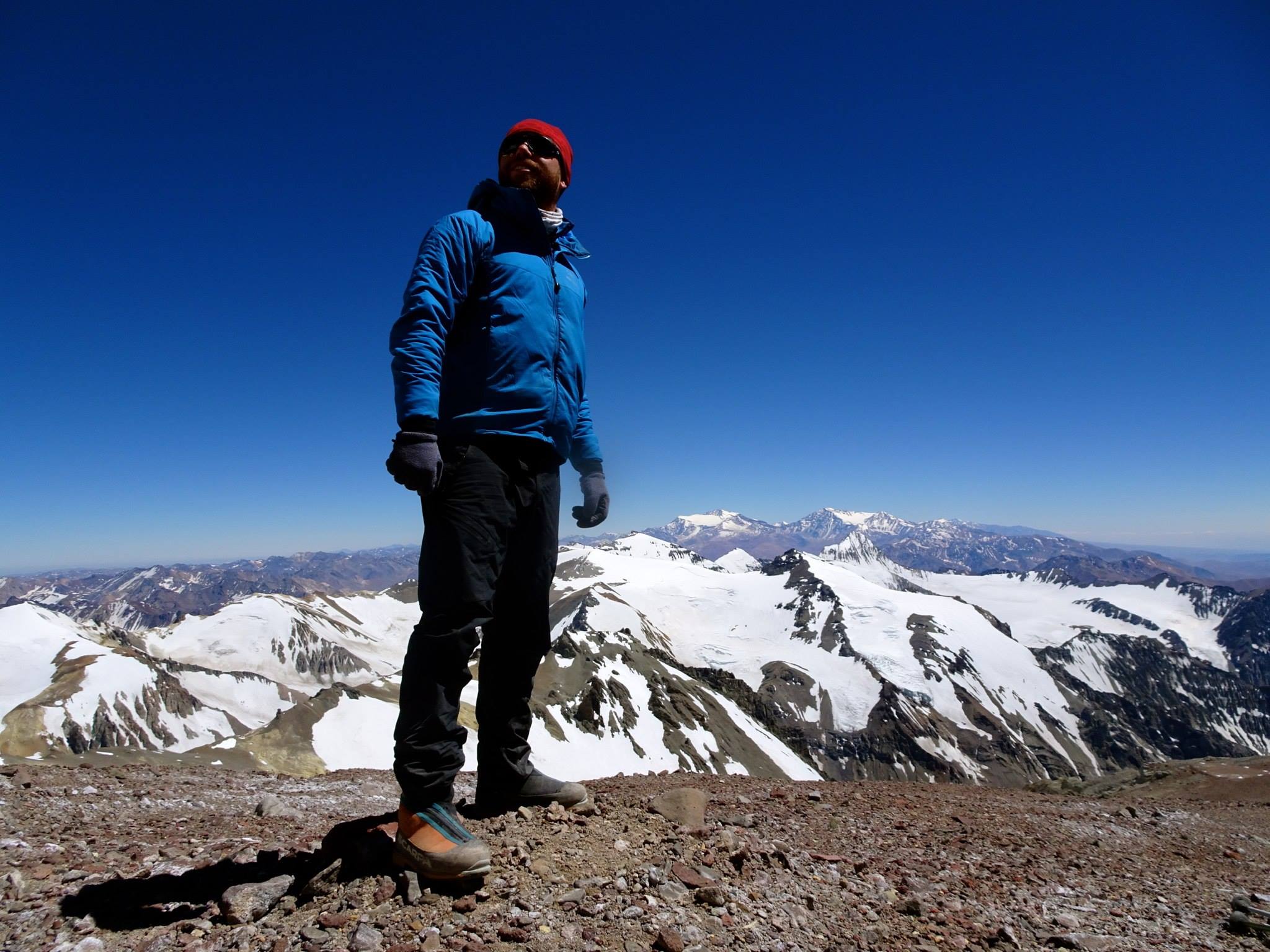 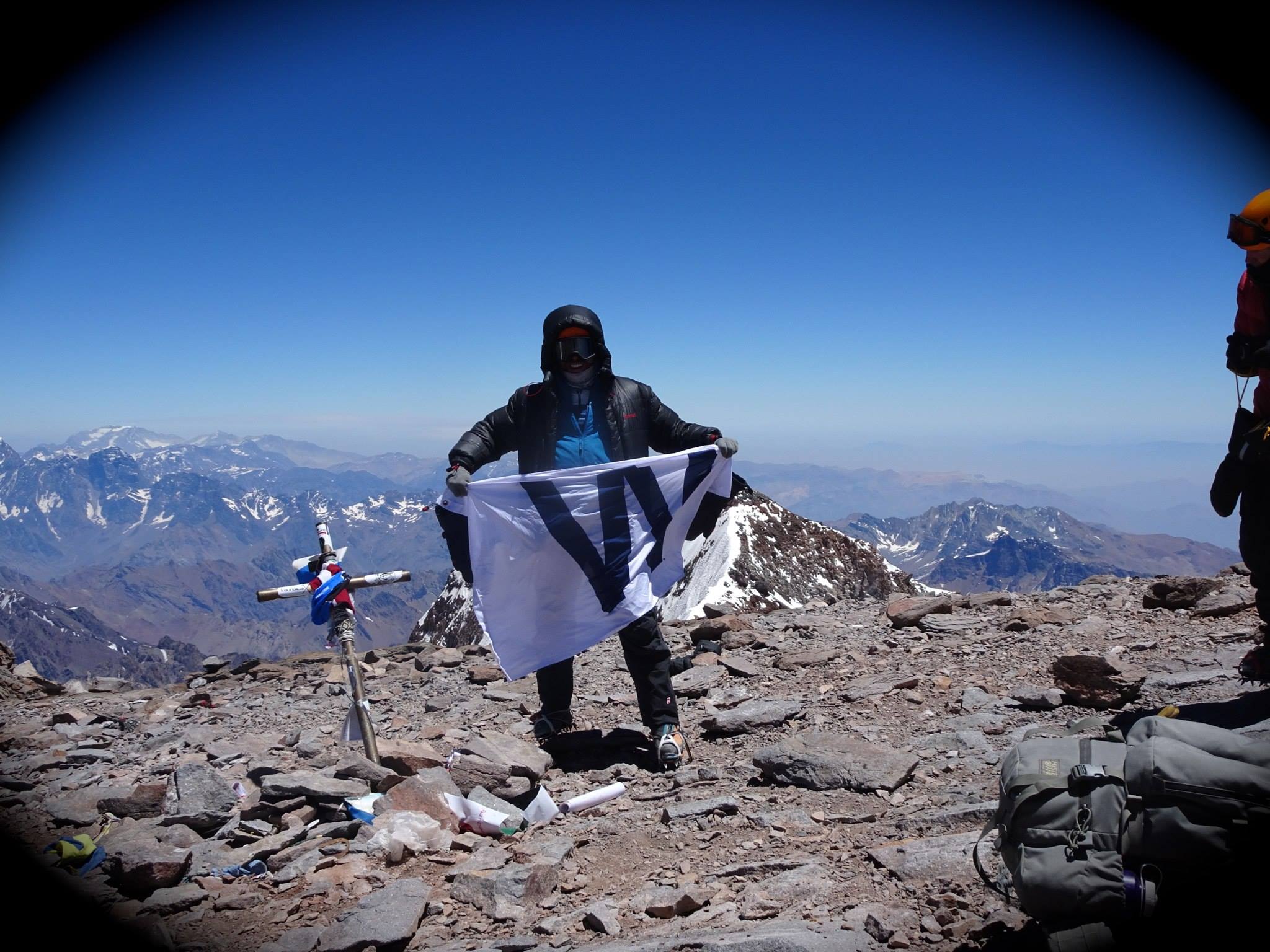 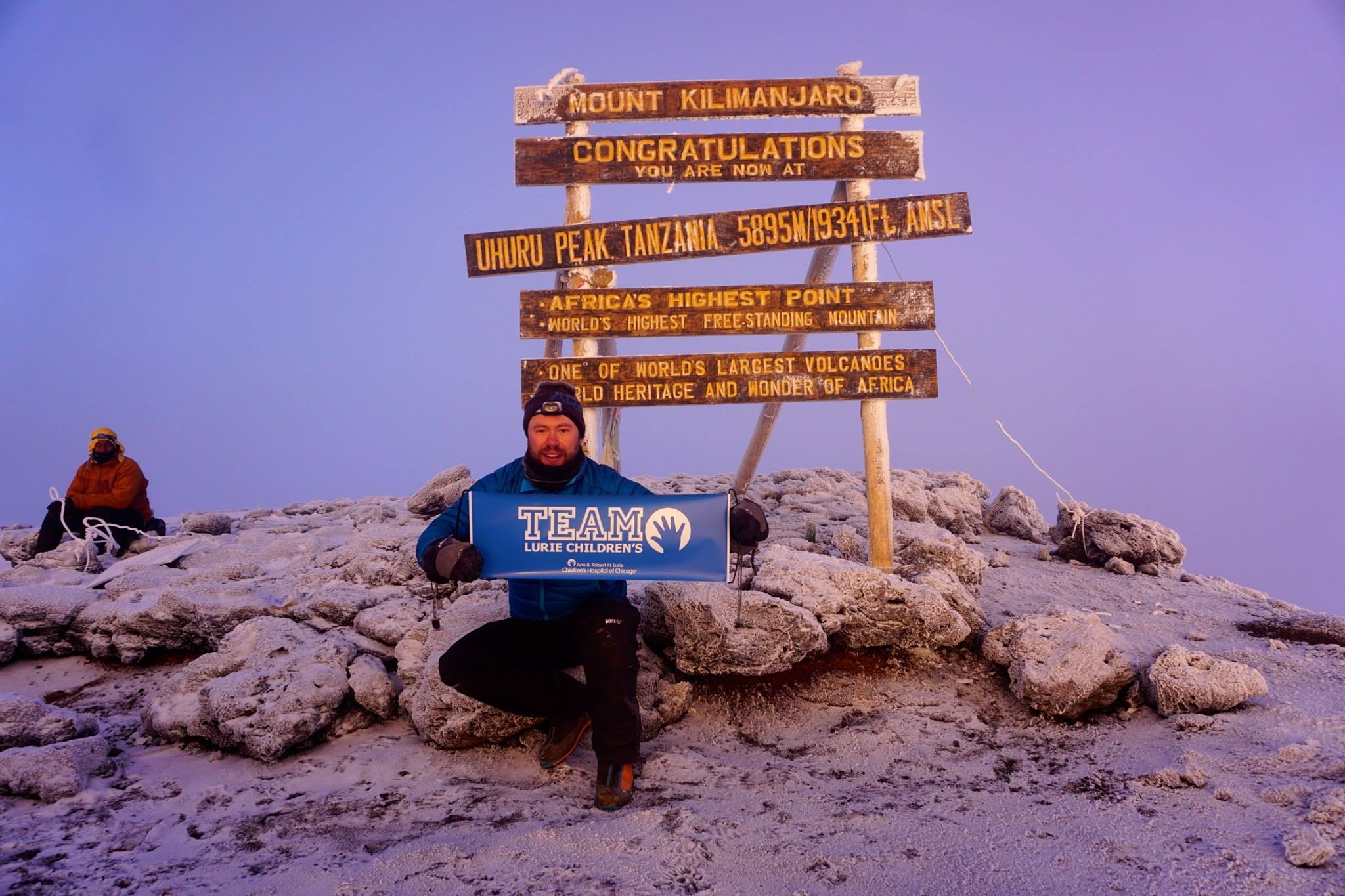 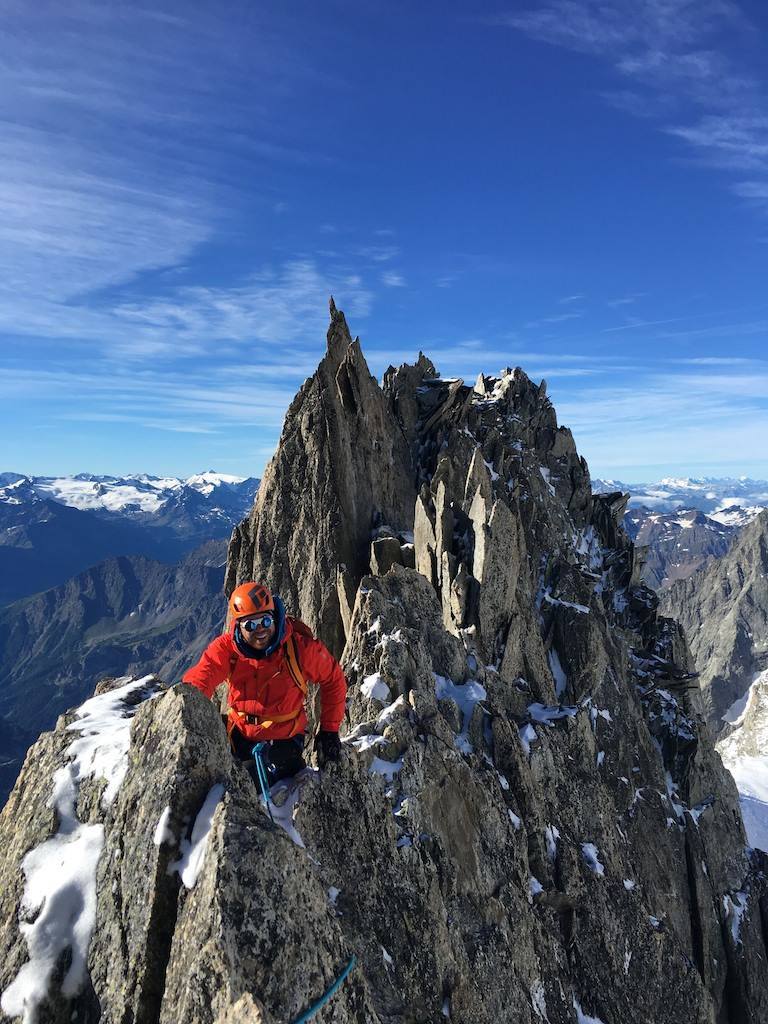 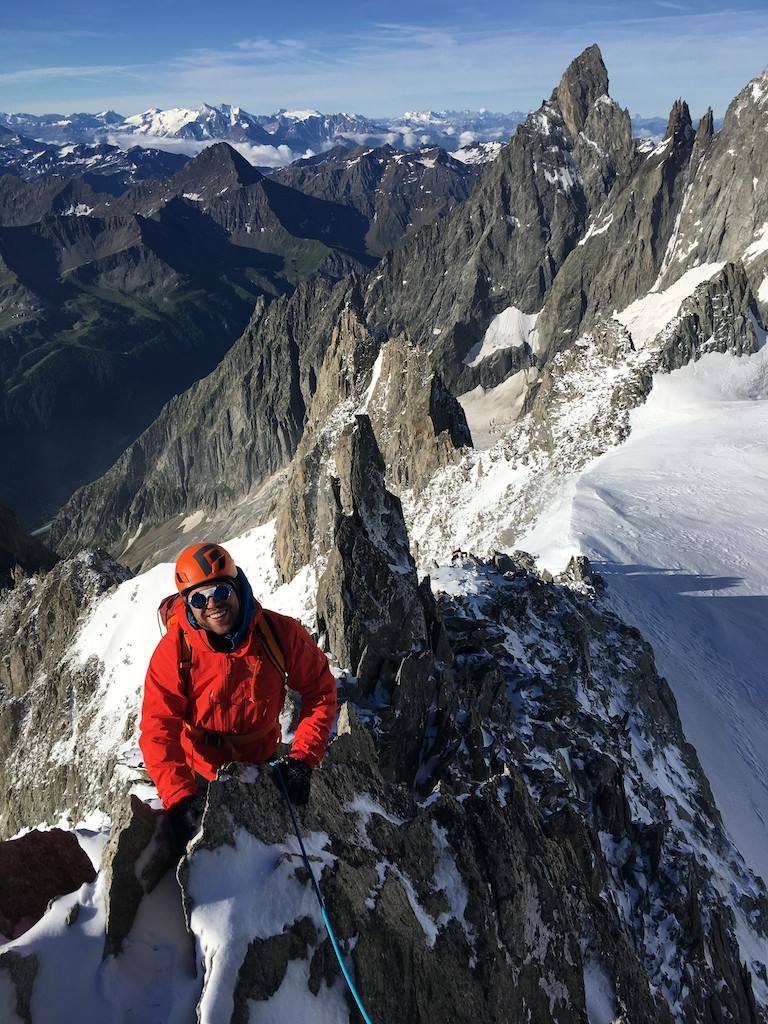 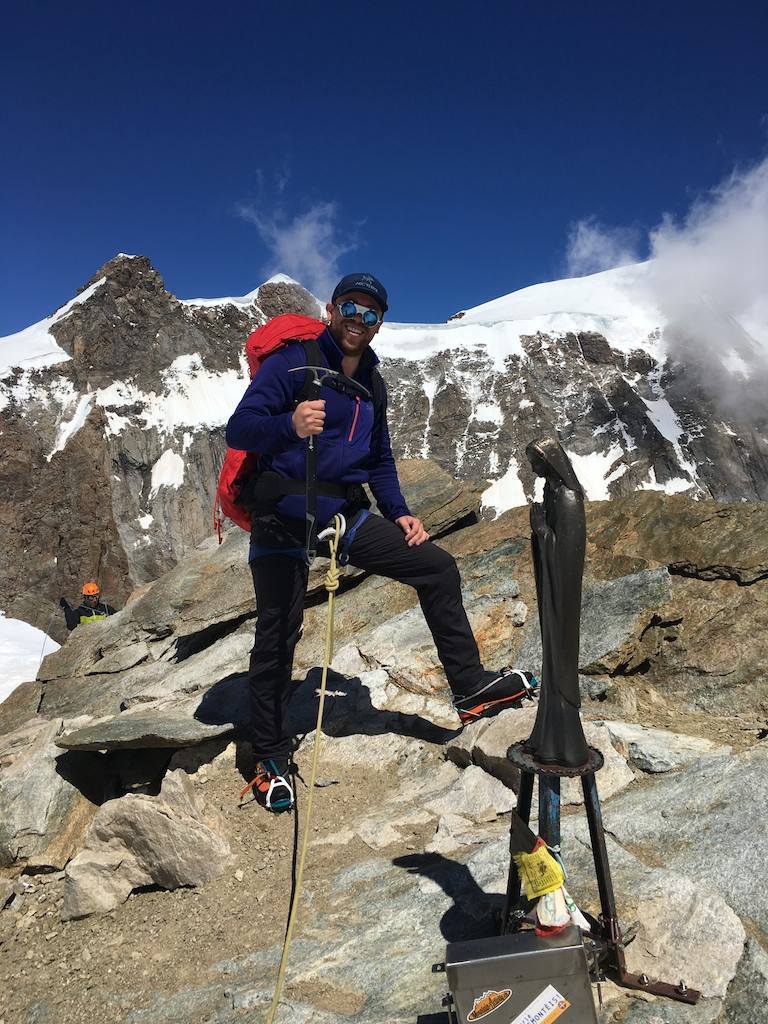 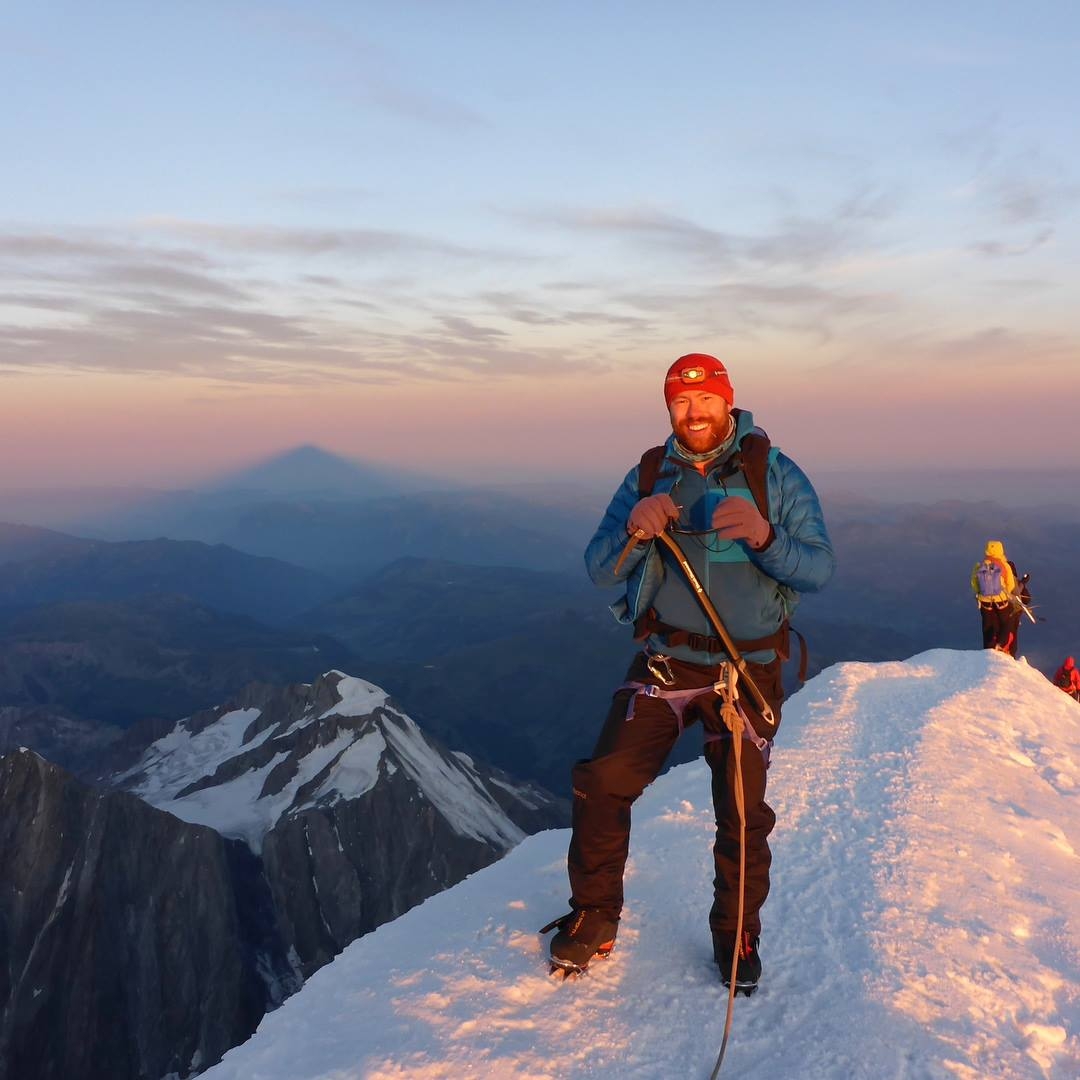 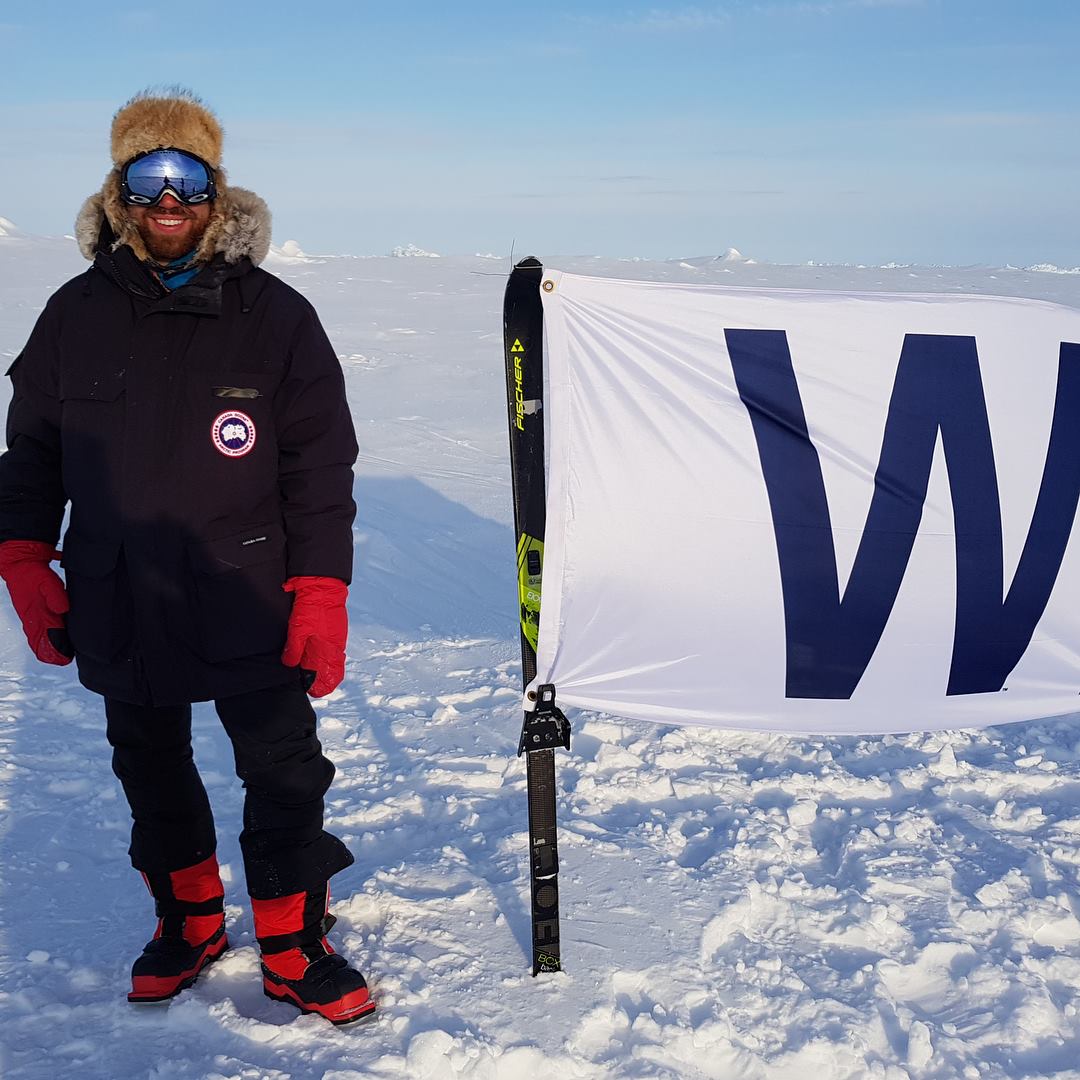 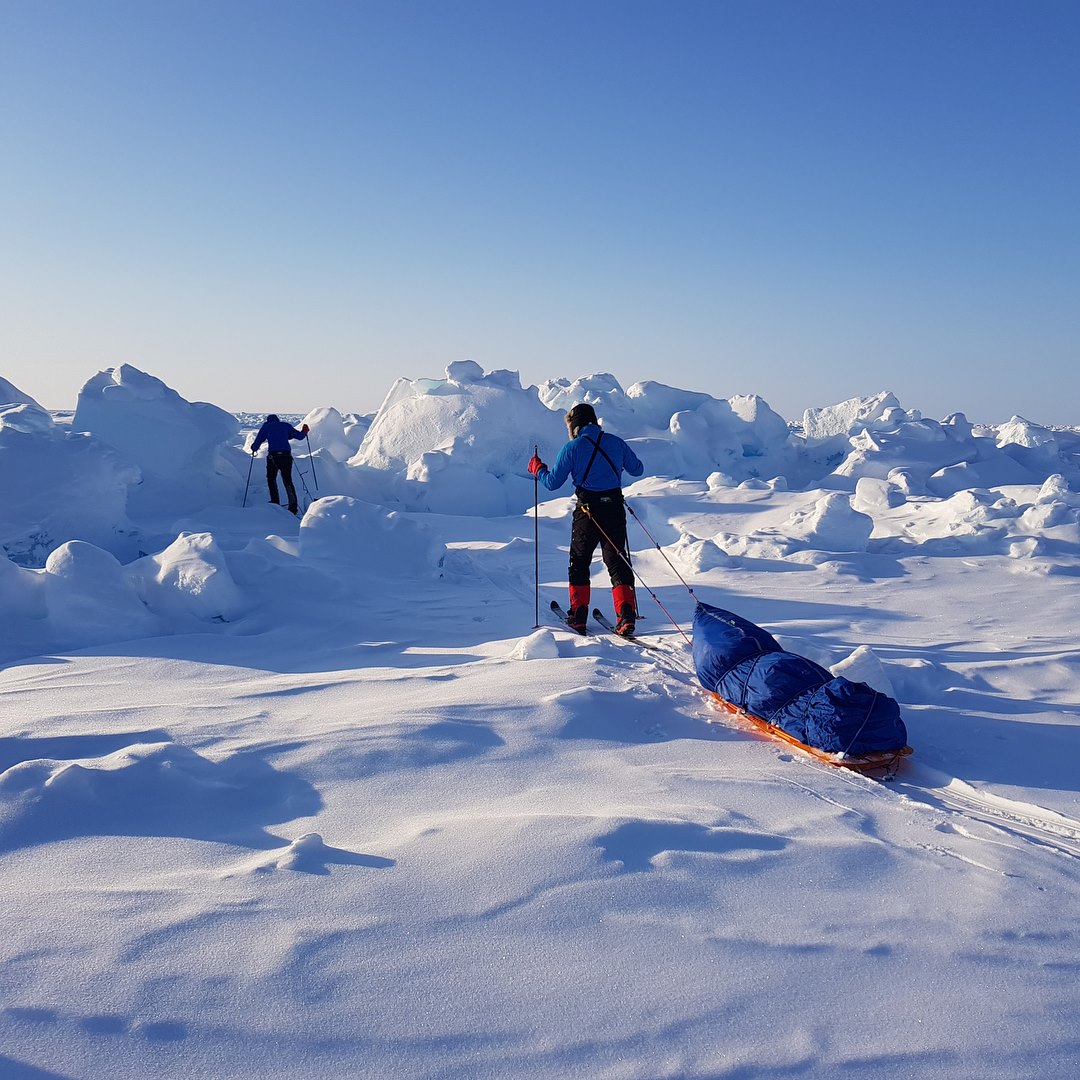 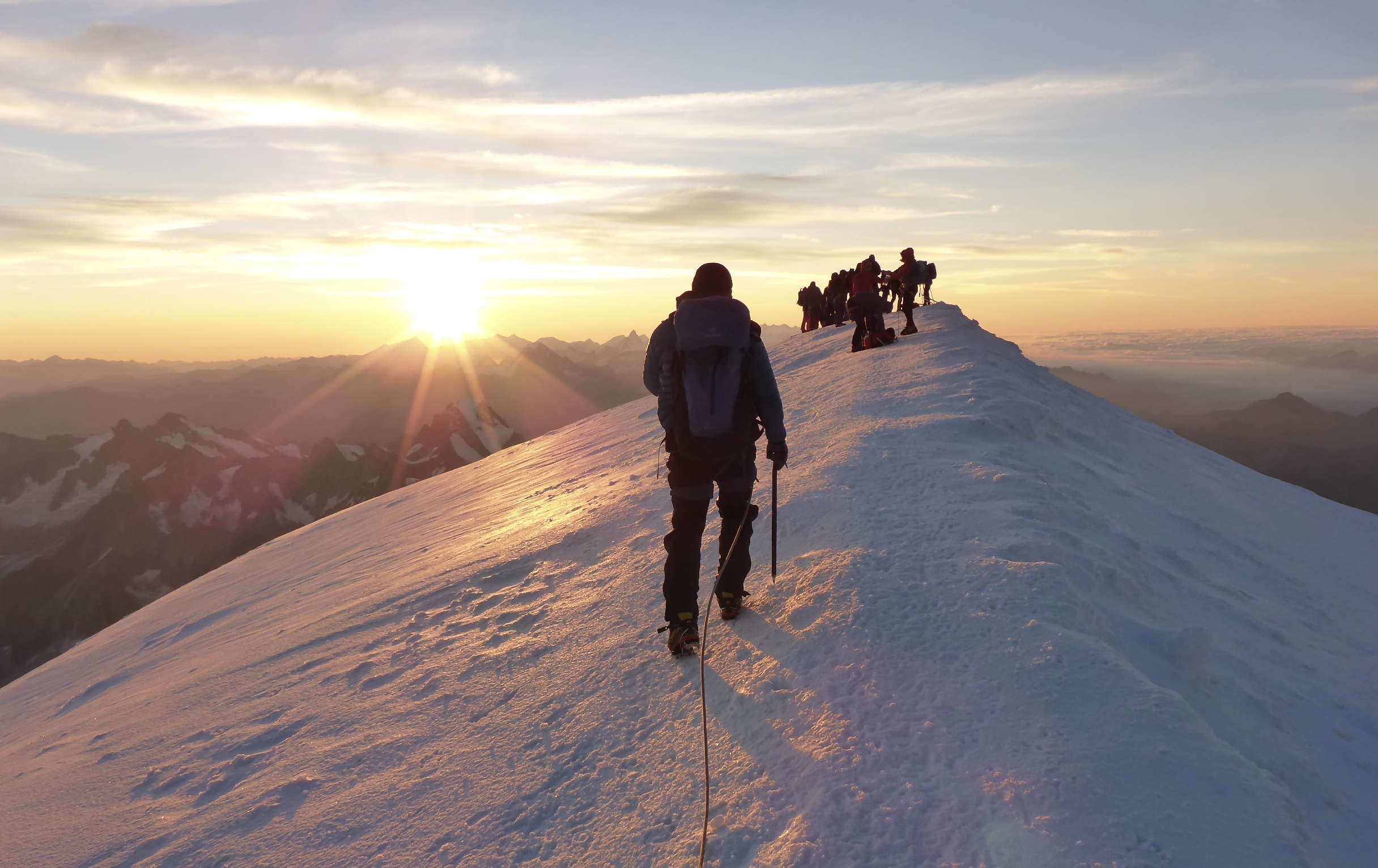 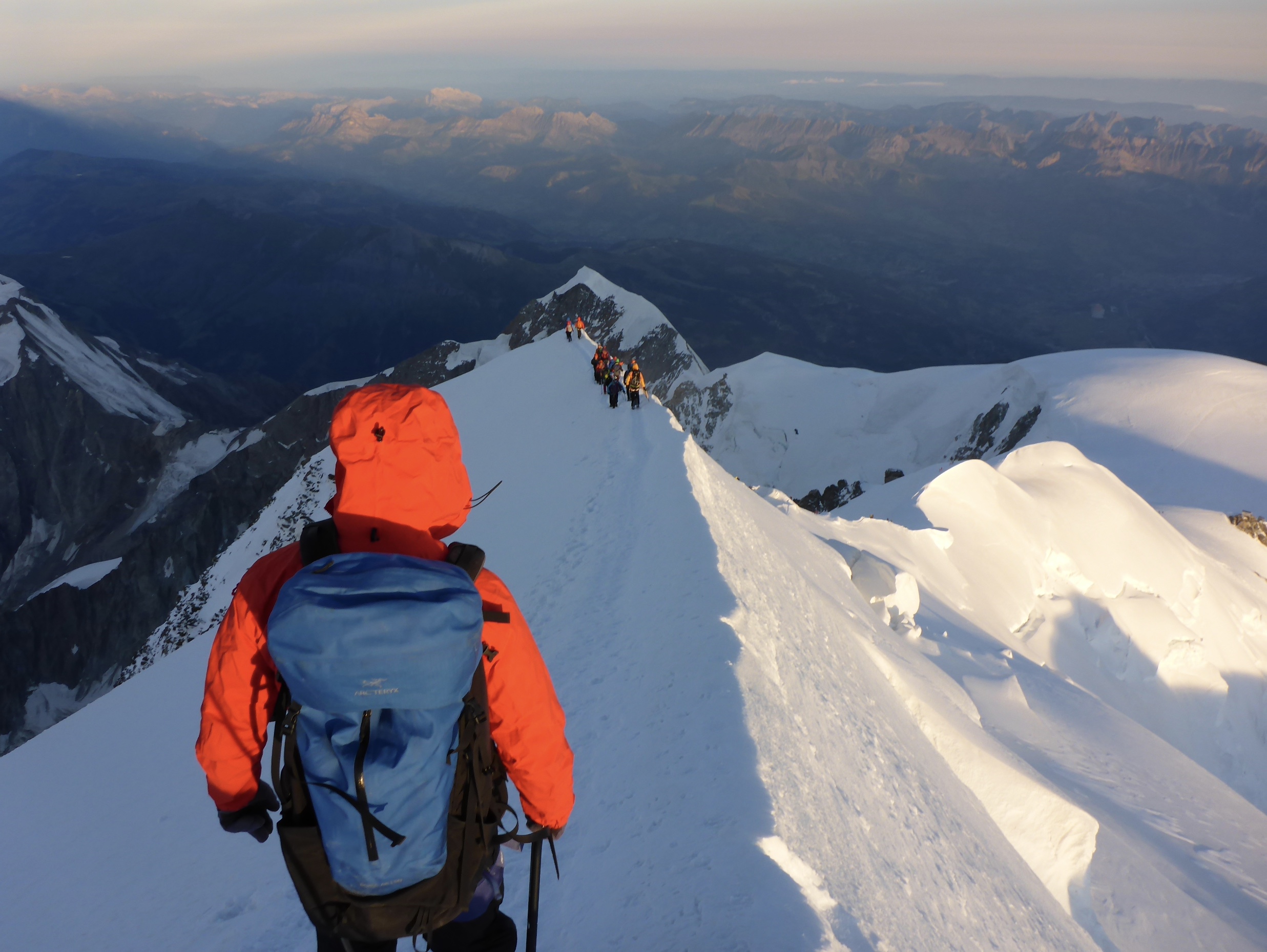 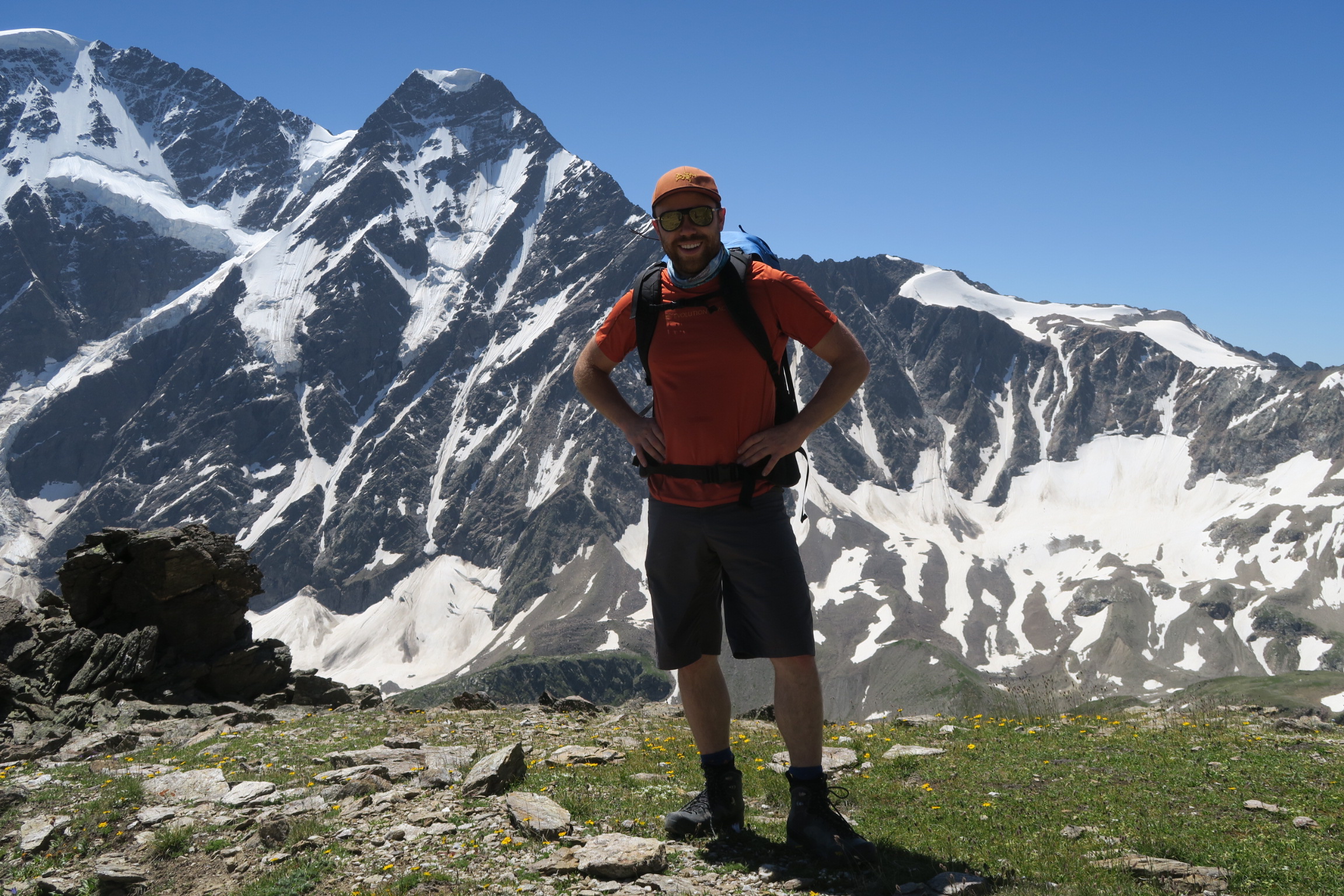 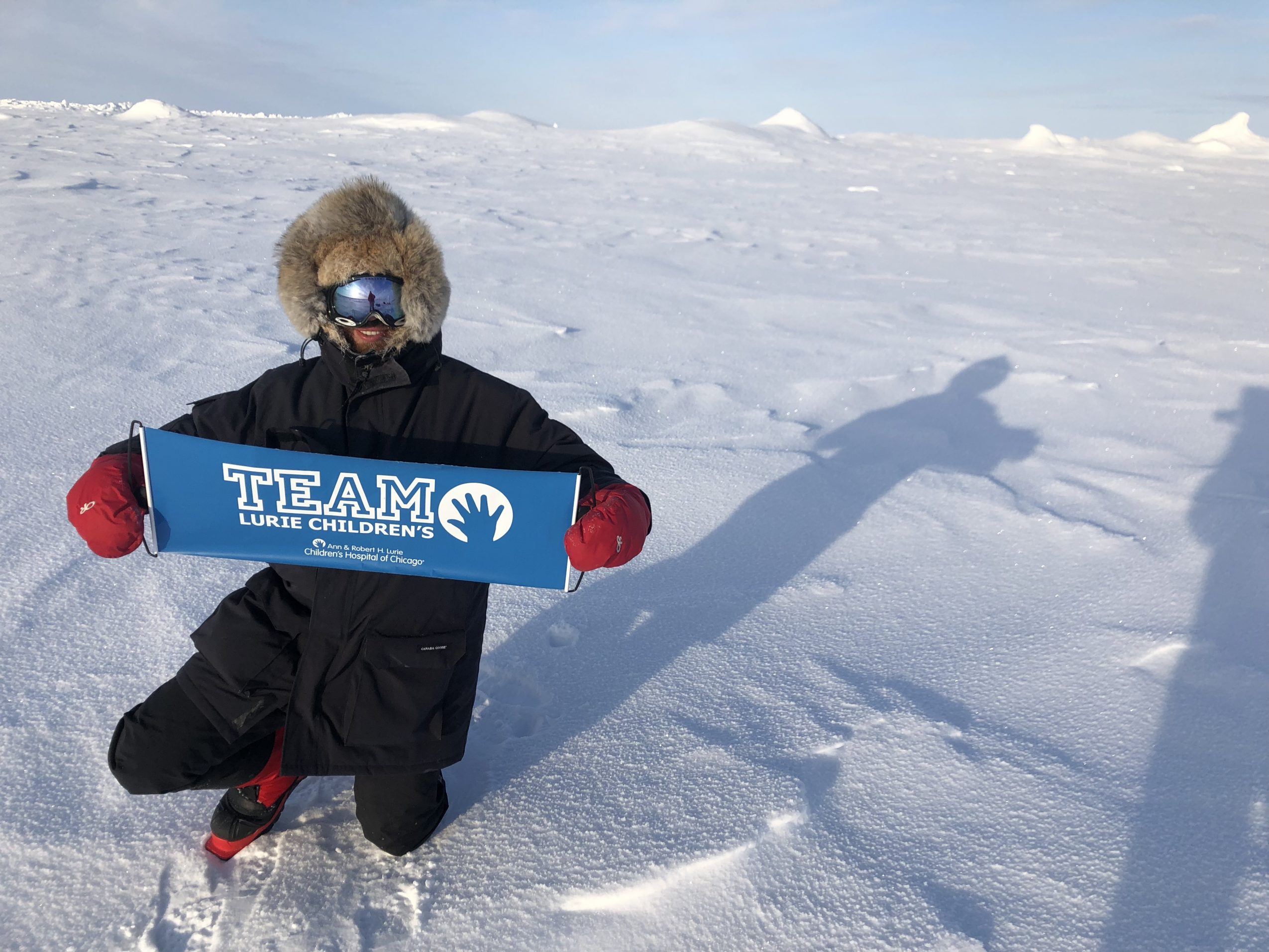 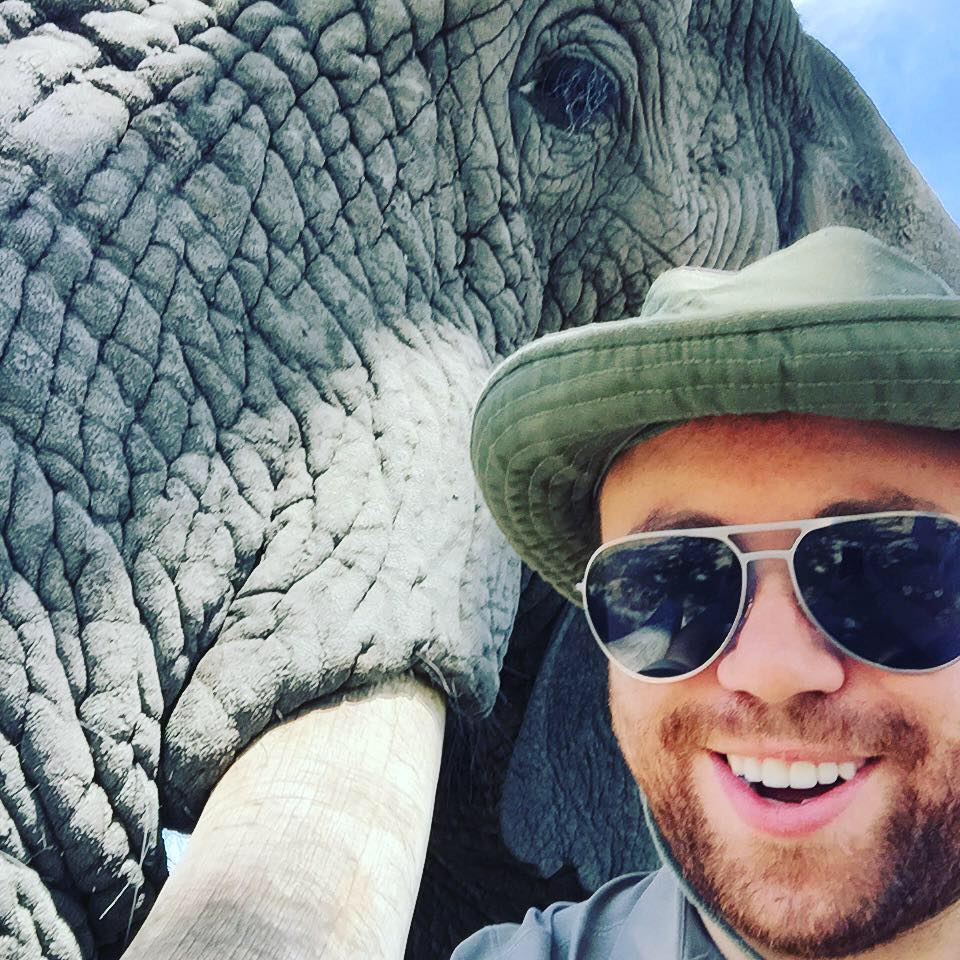