Conversations with the Inspiring Mel Cook 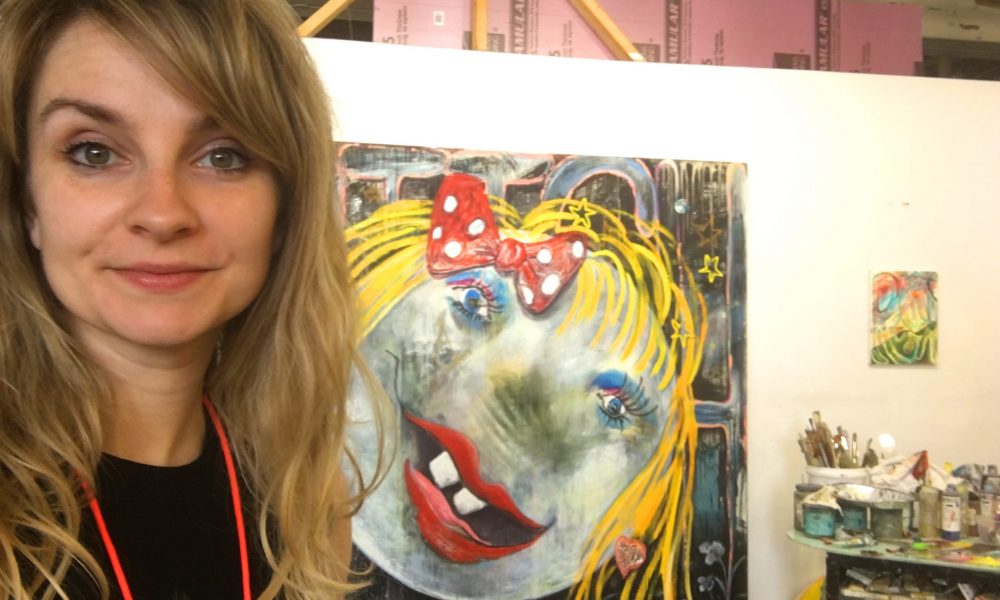 Today we’d like to introduce you to Mel Cook.

Thanks for sharing your story with us Mel. So, let’s start at the beginning and we can move on from there.
I was born and raised in Sharon Center, Ohio, a small rural town in Northeast Ohio. I had always loved making things from a very early age and was encouraged to follow this path by my parents. I thought I wanted to be a k-12 art teacher and so, I attended Bowling Green State University. After taking my first painting class there I realized that I wanted to pursue painting full time and to go to graduate school. Following BGSU I attended Illinois State University where I received my M.F.A. in Painting in 2012. I stayed in the area teaching as a professor at Illinois State University, Lincoln Community College, and Illinois Central College. In 2014, my father was diagnosed with pancreatic cancer and passed away two months later. His death made me realize how unhappy I was where I was living and teaching and that I needed a change. It was time to take a risk and move to a city with more opportunities and a bigger artist community. Moving to Chicago was a huge transition for me, but a positive one. It was overwhelming at first because I had never lived in a city, let alone tried to support myself by painting and teaching. I became a nanny and painted as much as possible. I was ok with giving up the dream of being a professor if it meant I could be in the studio 20-30 hours a week. I had one friend in Chicago and every Friday and Saturday we would go to as many openings as possible and meet other artists. Painting became my lifeline that helped me through multiple family deaths, divorce, and constant job insecurity. In 2016 I was accepted to Skowhegan School of Painting & Sculpture, a nine week summer residency in rural Maine, where I was fortunate to meet my family. It was life changing. For the first time in my life I was surrounded by artists who truly believed in their practice and made no apologies for being artists. This was gift. Since attending Skowhegan I have had many wonderful opportunities that have strengthened my practice. I currently am a teaching artist at Marwen where I work with 6-12th grade students teaching drawing and painting.

Great, so let’s dig a little deeper into the story – has it been an easy path overall and if not, what were the challenges you’ve had to overcome?
I have had a lot of support and encouragement from my family and teachers and am forever grateful for this, however it has not always been easy. The financial strains of college debt and trying to exist in the art world is very exhausting. I chose to attend state schools because of their affordability and am still grateful that I have less debt than my friends who attended private institutions or art school. What I did not realize at the time I attended school was the access to networks that institutions provide their students with outside of school. Chicago is very much influenced by these networks and not being a part of these was and still is often alienating as an artist. It has taken me a long time to find my community and my voice within that community especially as a woman. When I moved to Chicago I began seeking out other female artists and doing studio visits with them. My paintings are made from my own experience as a woman moving through the world and I often find that meeting and discussing these experiences with other women is helpful for translating this through painting. The best advice I can give for anyone is to find your community and be an active member within that space in whatever capacity you can. My mentors have been so important to me that when I had the opportunity last year to take on a studio intern I did. It was a fantastic relationship that not only benefited her as a young artist, but also helped strengthen my practice through spontaneity and play. These relationships are so important for growth.

What should we know about your business? What do you guys do best? What sets you apart from the competition?
I’m a diehard painter, studio rat, and cat lover. I’ve often been called a “Painter’s Painter” and although I am very interested in the history of painting and am concerned about its future, this term often seems to devalue the content of painting itself and place it in the realm of material fetishization. Perhaps, this term situates the knowledge of craft and skill into a sub-category outside of the conceptual. For this reason, I hesitate to associate myself with the term altogether. In turn, I believe the material inherently has content but also needs structure and image to survive.

The short answer is — my work is influenced by a mixed bag of various things and experiences. But to expand upon this I would say this… I view my practice as a moving constellation of ideas, always, continuously, changing in their arrangement. I pull from my personal embodied experiences — unique to myself — as I encounter the world in my femme body. I believe that the use of image and object in painting parallels my experiences of moving through the world as a woman — simultaneously occupying the space of a subject and object. I explore these dichotomies through visual explorations that borrow and expand upon the language of landscape, body, and most recently text in paint.

It would be great to hear about any apps, books, podcasts or other resources that you’ve used and would recommend to others.
I am constantly reading. I would say that some of the most influential books have been Mothernism by Lise Haller Baggesen, Bluets by Maggie Nelson, Double Teenage by Joni Murphy, The Second Sex by Simone de Beauvoir, Invisible Cities by Italo Calvino, Homo Deus by Yuval Noah Harari, and The Neopolitan Novels by Elena Ferrante.

I usually listen to music when I am painting but have also been really interested in Sexplanations with Dr. Doe, a sex positive podcast about everything from the personal to the political. 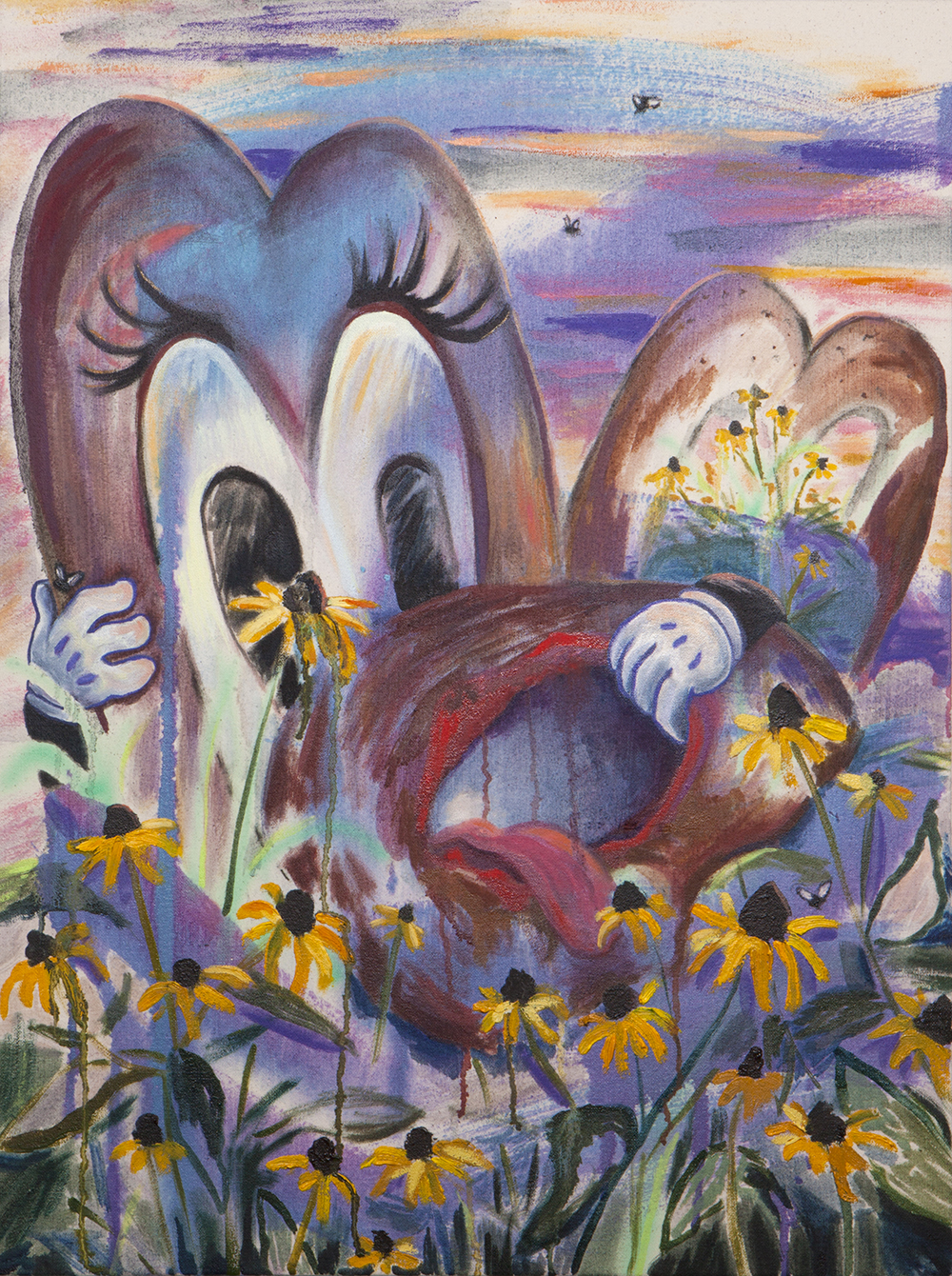 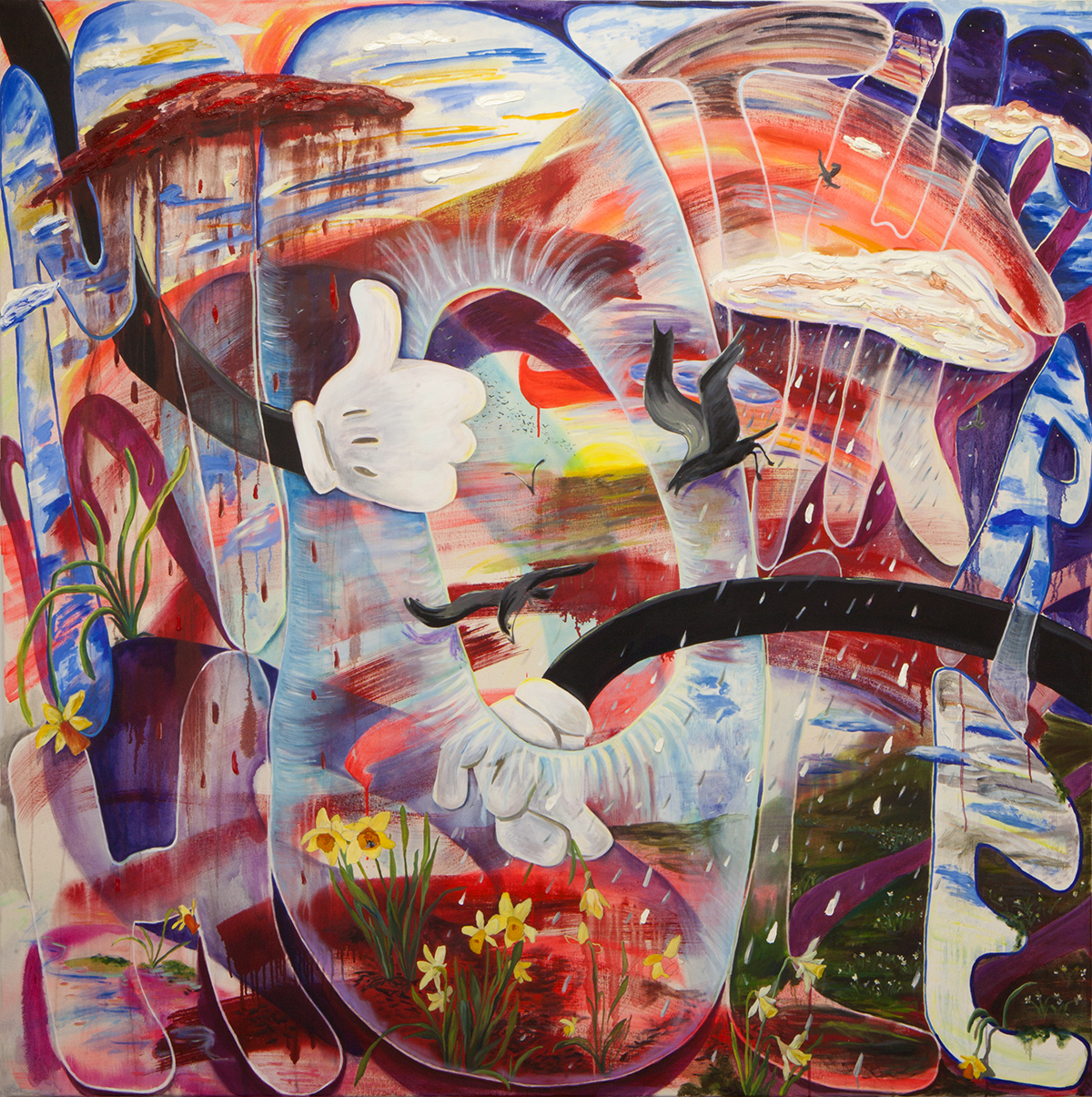 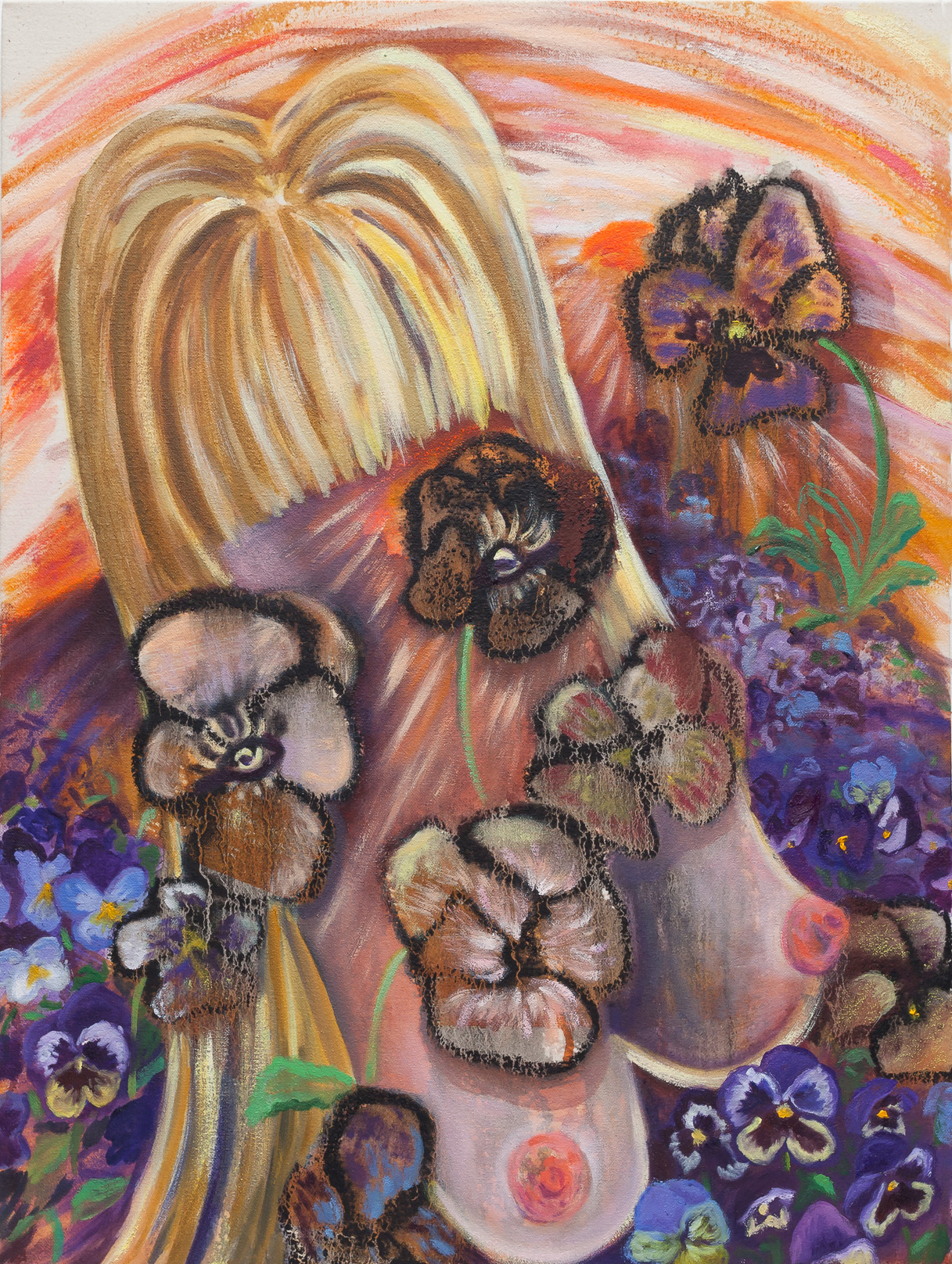 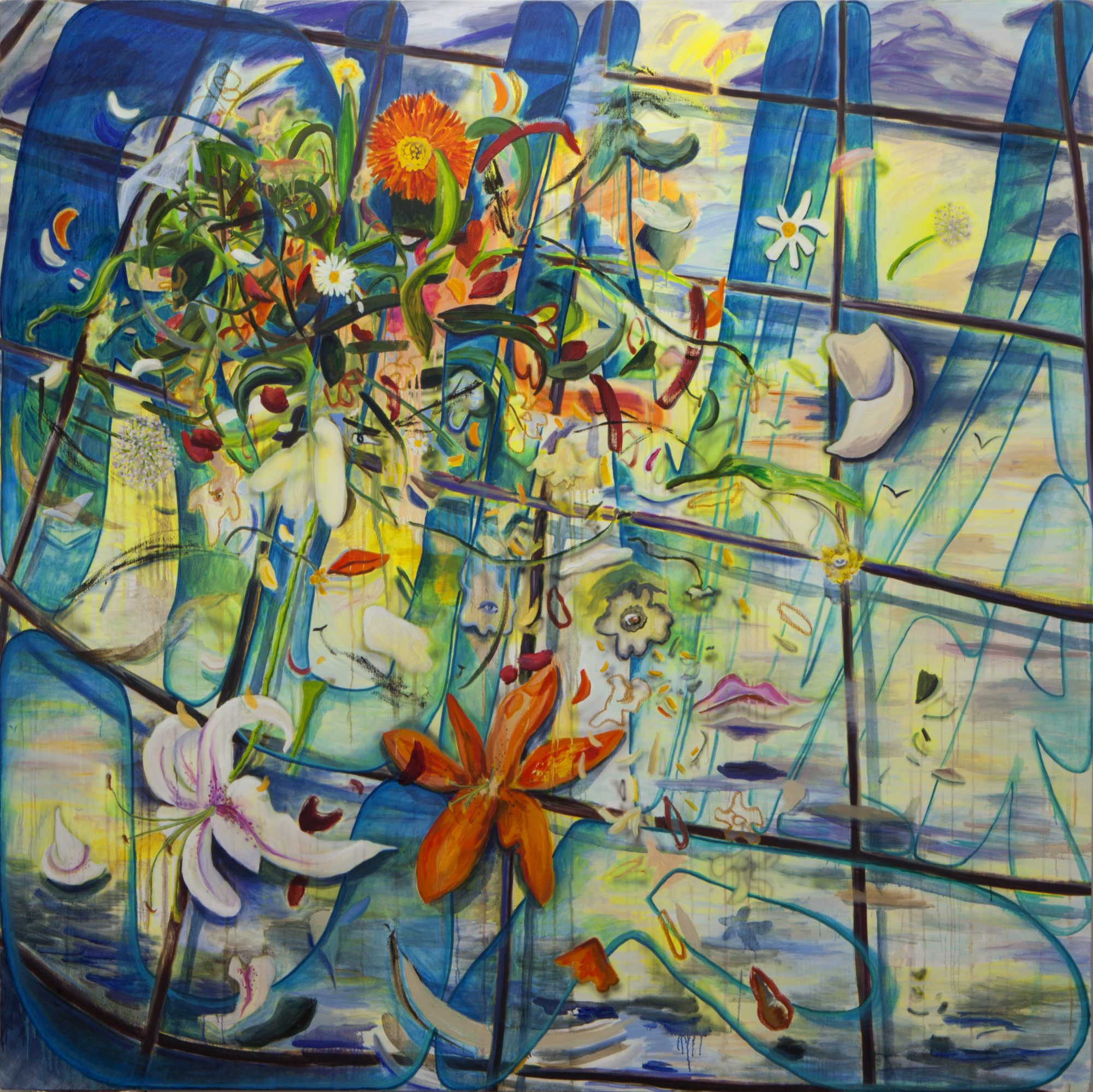 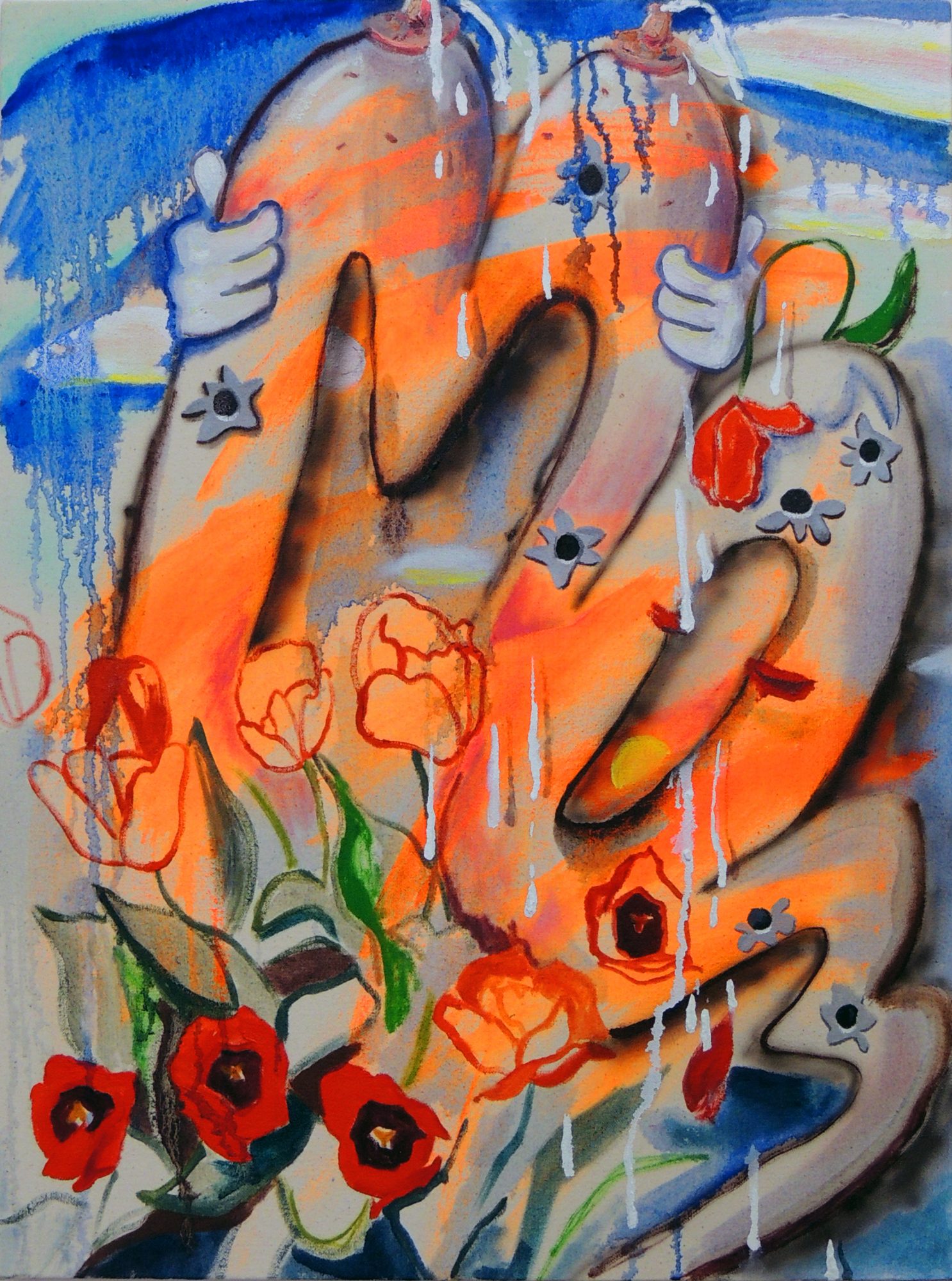 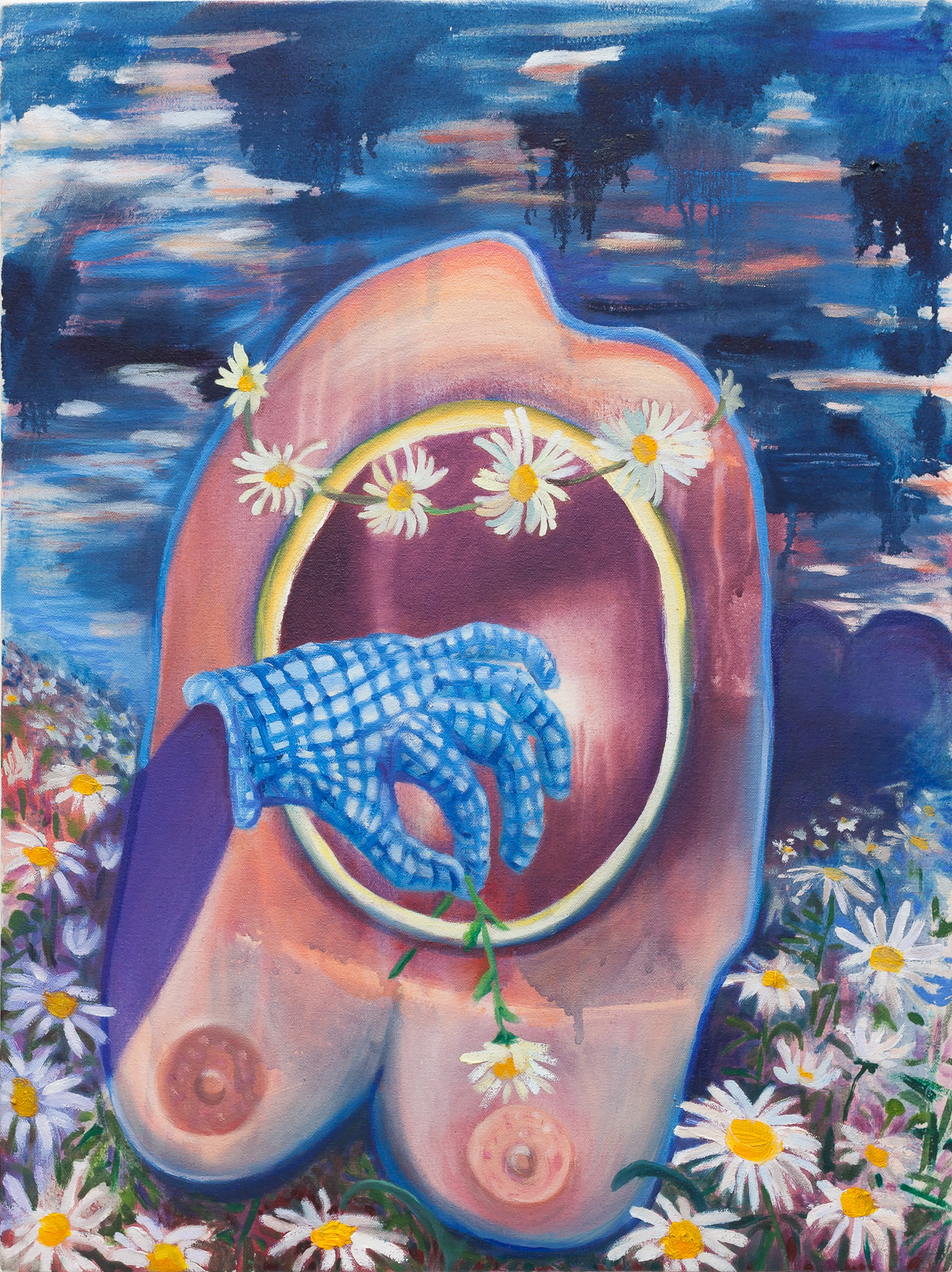 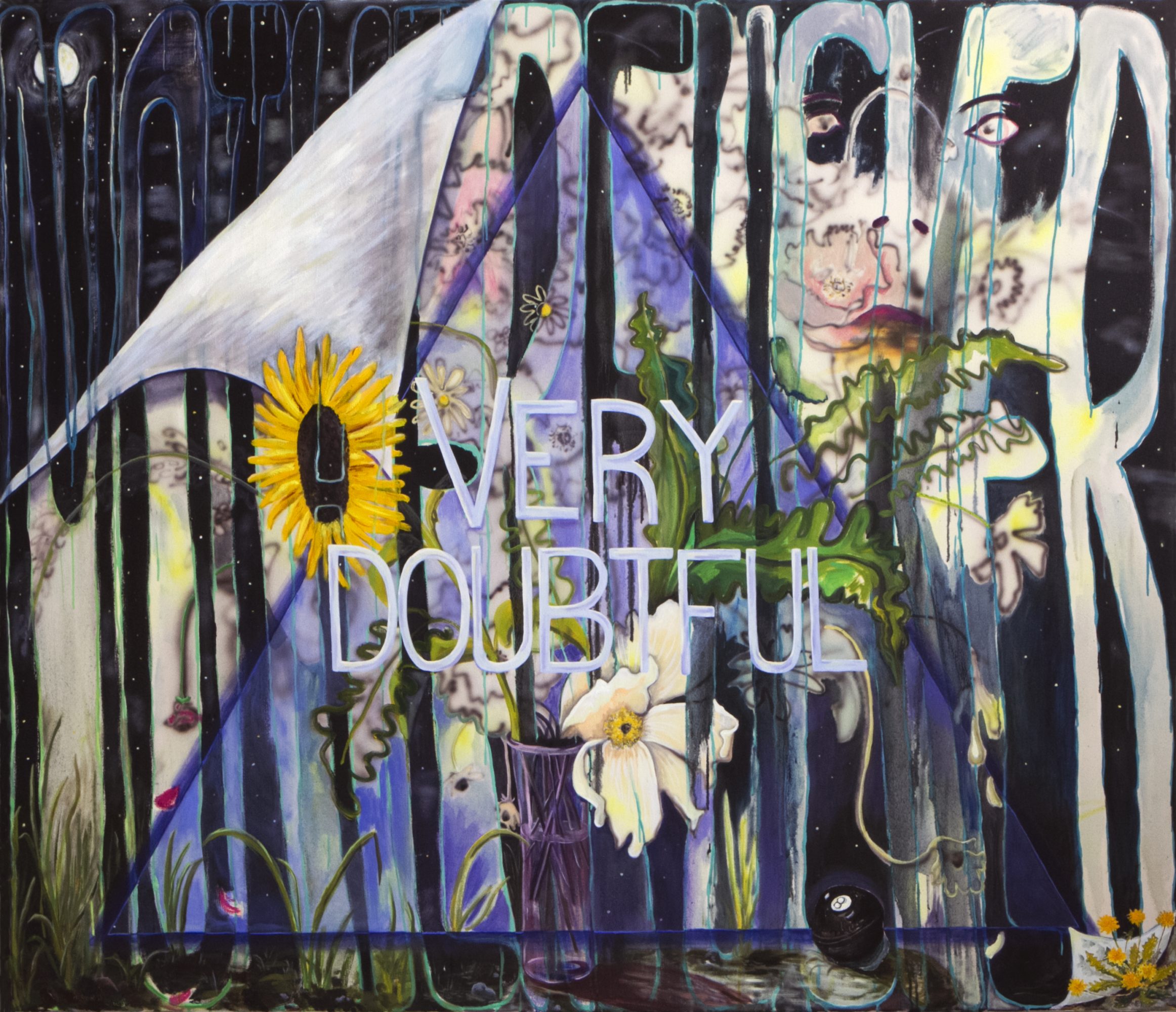 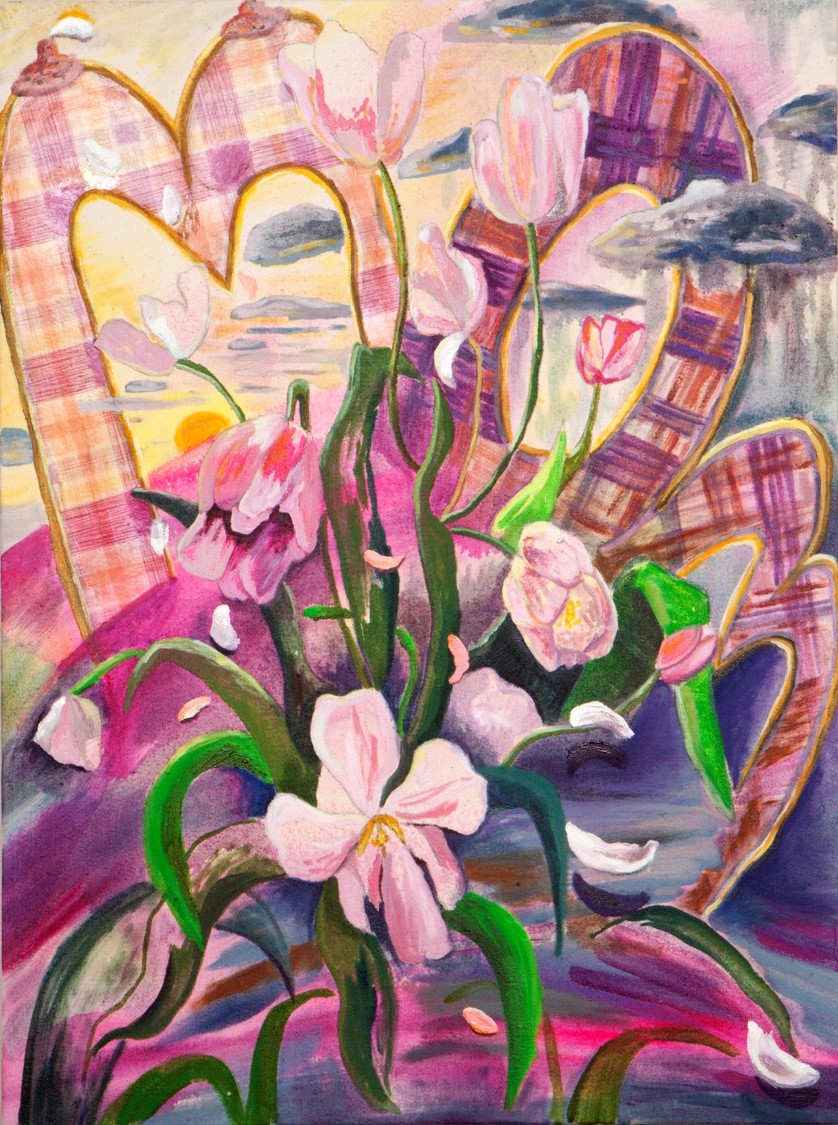