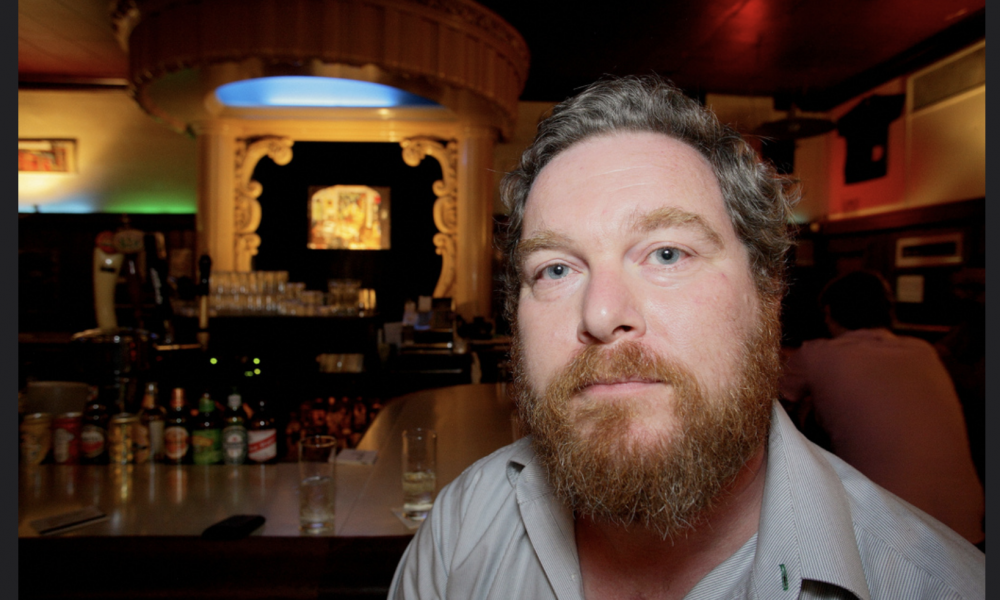 Today we’d like to introduce you to Dmitry Samarov.

Dmitry, we’d love to hear your story and how you got to where you are today both personally and as an artist.
Moscow, USSR, 1977

Two things happened that year: I started collecting stamps and my folks made me begin playing violin. I was six, going on seven. My stamp-collecting would intensify after we immigrated to the U.S. in 1978 and I would keep asking to quit violin every year until I was finally allowed to at the age of fourteen.

I don’t remember a time when I didn’t draw. The cancelled Soviet stamps in my vinyl and cardboard album were my first formative examples of what art was or could be. Stamps and illustrations in Soviet children’s books. Because free expression was severely curtailed under that totalitarian regime, many of the country’s best writers and artists turned to children’s literature for a creative outlet. There they could indirectly criticize the state and share what was in their hearts and there’d be a chance it might be published, seen and read.

The influence of the violin is more indirect, or rather, it is by negative example. There’s a chance I might’ve gone into music rather than painting had I been given a different instrument to play. The violin is a neurotic, unforgiving thing and orchestral music is still like nails on a chalkboard to me. Nevertheless, I don’t remember a day when I didn’t listen to at least a song or two. Music has haunted me my whole life.

In my teens, I studied with Alexander Okun, a fellow Soviet emigre and a working theatrical set designer. Going up to his attic studio in Winthrop, Massachusetts, gave me one of my first notions of what an artist’s day-to-day looks like.

I went on to evening figure-drawing classes at M.I.T., where my father worked. I was the only high school kid in the class, but it felt natural and right for me to be there. The drawings I did during those sessions got me into art school—first at Parsons in New York, then S.AI.C. here in Chicago.

Upon graduation from S.A.I.C. in 1993, I moved back to Boston, where my family still lives, and began driving a cab. I tried grad school but dropped out after a semester, realizing I didn’t want to be in school anymore and didn’t want to teach—the only practical reason for a painter to be there—and be part of the problem. Higher education in this country is basically a Ponzi scheme overdue for collapse and I wanted no part of it, even back in 1994.

Driving a cab for three years in Boston, then, after a break, another nine years in Chicago, turned me into a writer. I’ve published two illustrated work memoirs: Hack—Stories from a Chicago Cab (University of Chicago Press, 2011) and Where to? —A Hack Memoir (Curbside Splendor, 2014). I now write art, theater, movie, and book reviews for local papers like the Chicago Reader to earn a living, in addition to art sales, illustration, and bartending.

I have always enjoyed working from life. Looking at something or someone and attempting to find marks to represent what I see is an endless and ever-challenging way of working.

We’d love to hear more about your art. What do you do you do and why and what do you hope others will take away from your work?
I draw with markers on CTA buses and trains. I draw ballpoint pen sketches of bands playing at places like the Empty Bottle. I paint pictures of my bookshelves in oil and gouache. I paint portraits with Sumi ink.

One way or the other all my art is about living in a city. I have now lived in Chicago for twenty-four of my forty-seven years, so I guess I can call myself a Chicago artist.

Artists face many challenges, but what do you feel is the most pressing among them?
The internet has falsely put the notion into the public’s head that art is free. It isn’t. Not for the people who devote their lives to it. So, the biggest challenge today, as it always has been throughout history, is getting paid.

Do you have any events or exhibitions coming up? Where would one go to see more of your work? How can people support you and your artwork?
I have a show of new bookshelf paintings called “Still Judging ’em by Their Covers” up at the Rainbo Club in Ukrainian Village through May 17th. I will have a show of my CTA drawings opening at Firecat Projects on August 24th and a large survey exhibition of work going back over twenty years opening at Dominican University’s O’Connor Gallery in River Forest, Illinois on September 12th.

I’ve run my website, dmitrysamarov.com, myself since 2004. It is updated with new artwork regularly. I also send out a newsletter every Monday. You can subscribe at tinyletter.com/samarov.

You can read my writing regularly in the Chicago Reader and if you need a portrait of your dog, cat, parakeet, or significant other, don’t hesitate to drop me a line at dmitrysamarov@gmail.com. 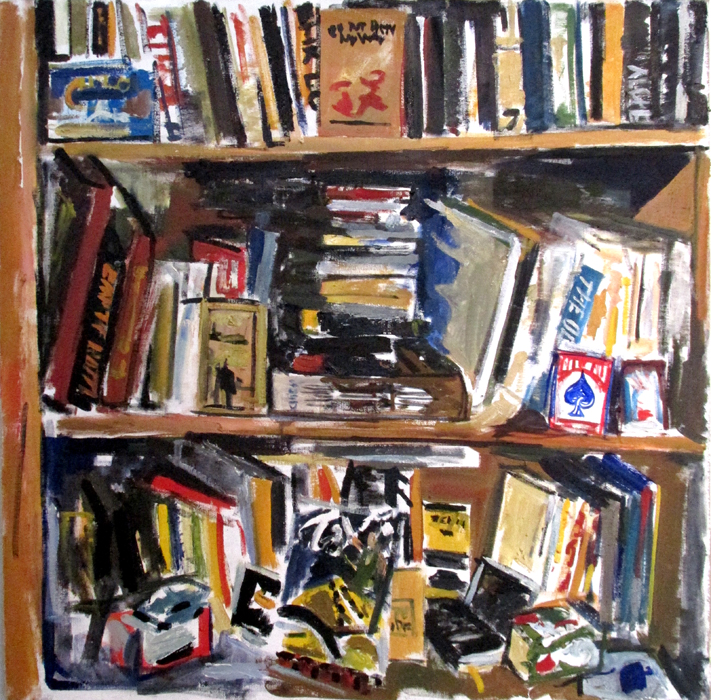 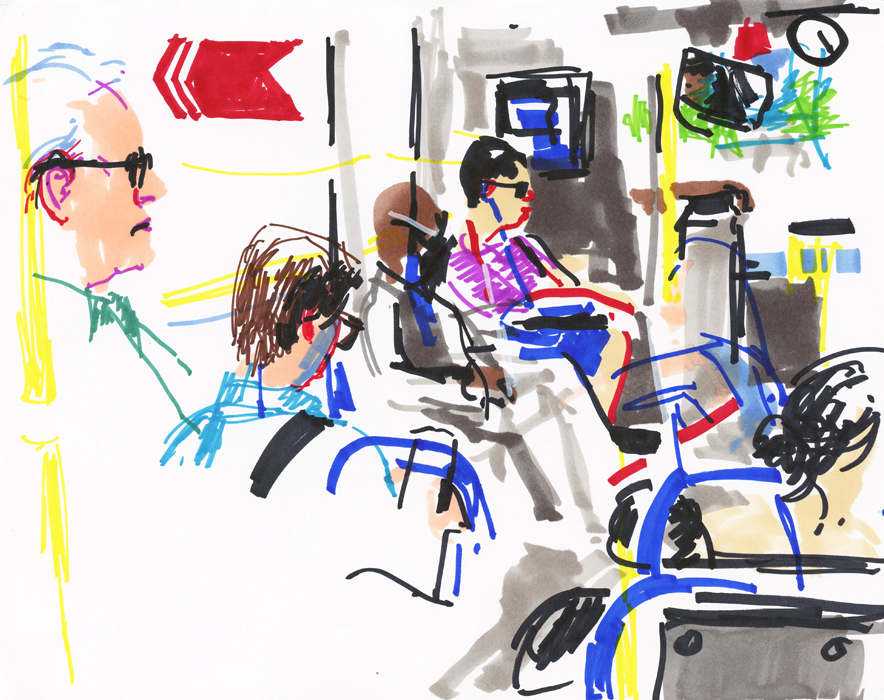 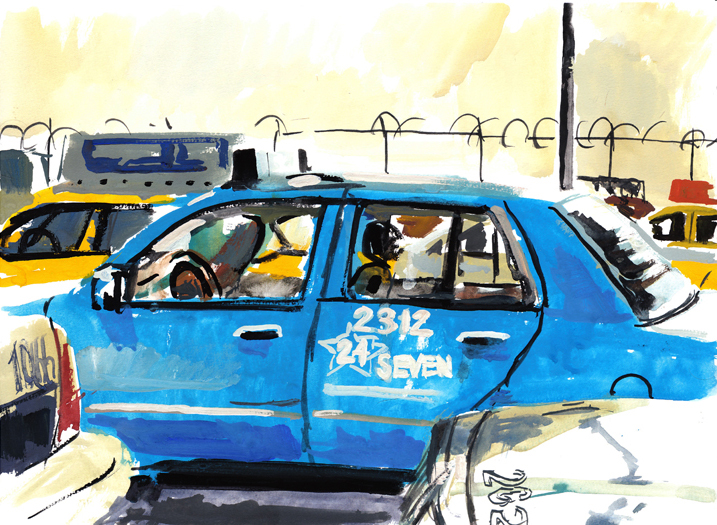 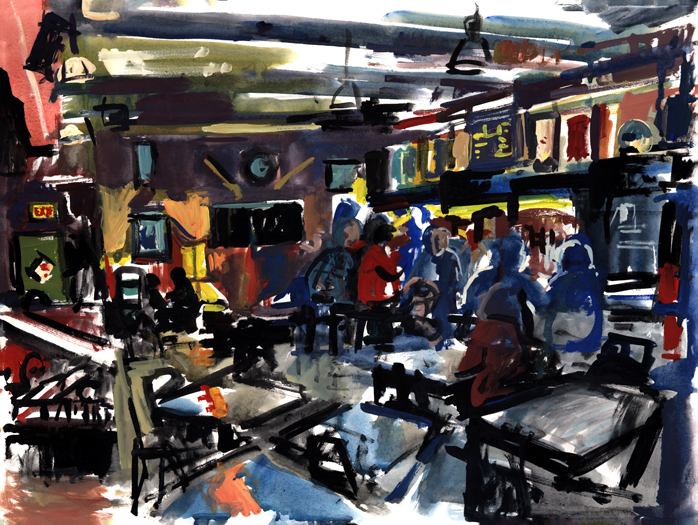 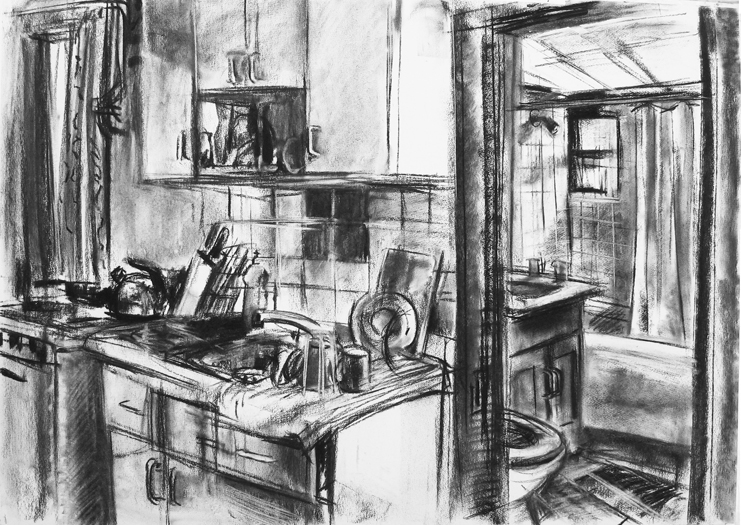 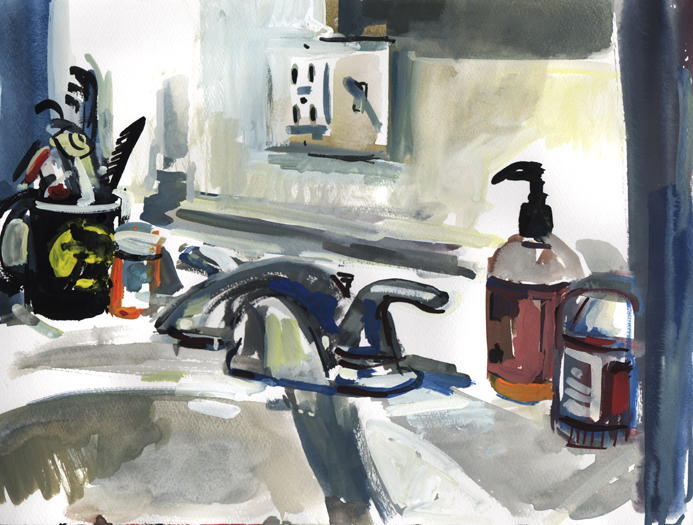 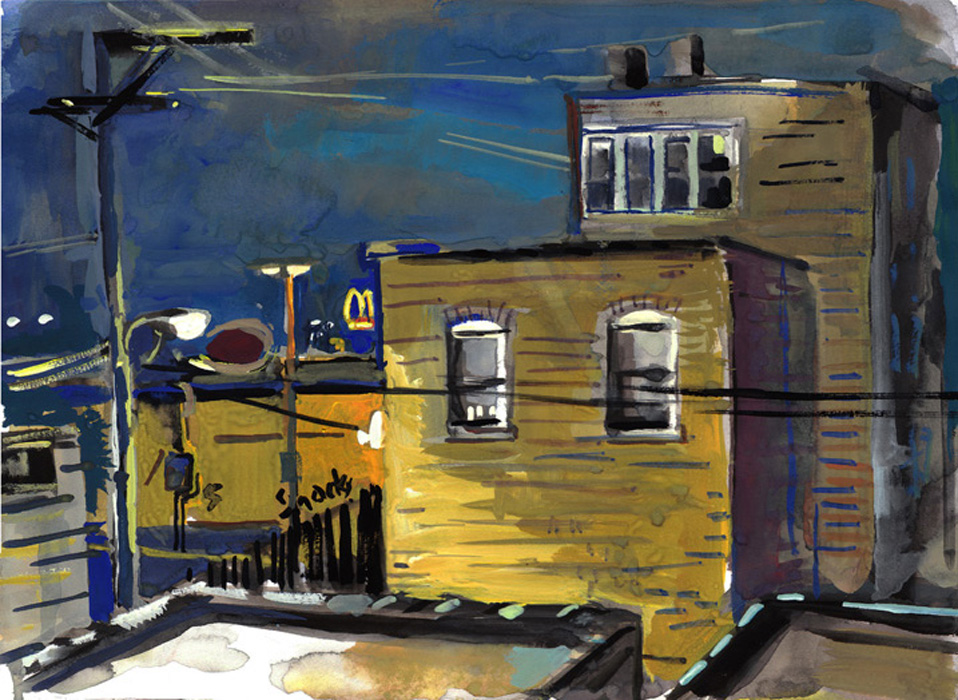 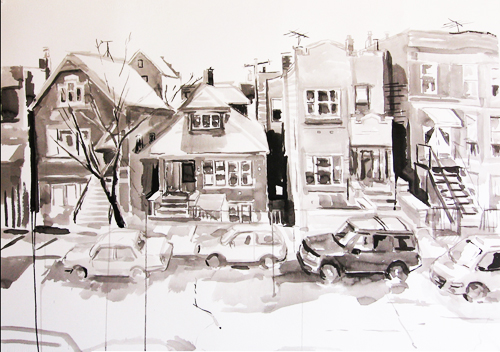