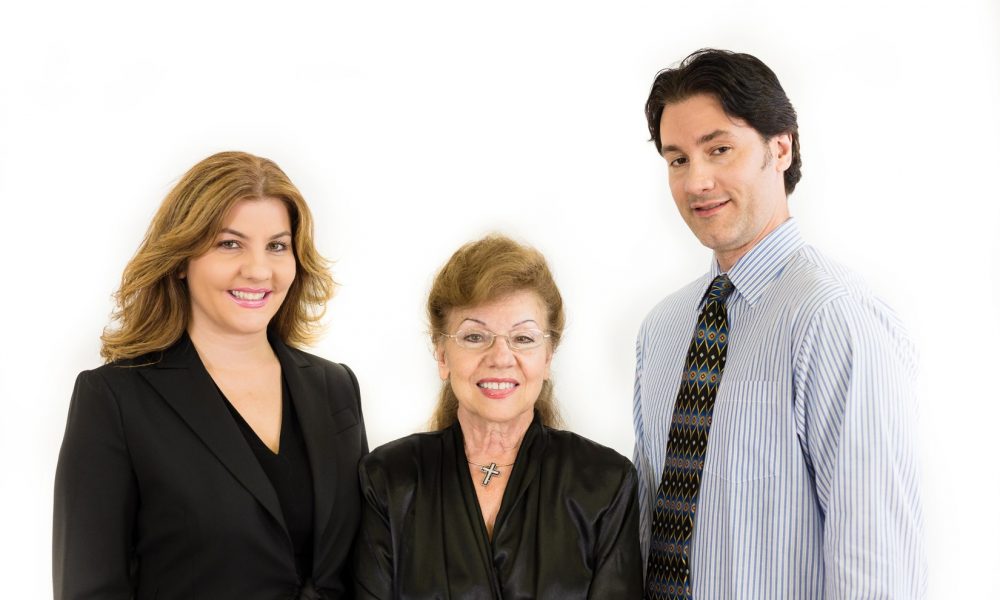 Today we’d like to introduce you to Aliki, Frank, and Madeleine Marinos.

During the late 60’s and early 70’s a tall, dark & handsome young man with a slight accent and huge ambition named Tom Marinos, decided it was finally time to branch out on his own and go into business for himself after having worked vigorously in the demanding manufacturing industry of Montreal, Canada. Under the constant scrutiny of demanding bosses, while steadily climbing the organizational ladder along with his combined expertise acquired from the Montreal Institute of Technology, he soon realized he already possessed the willpower and stamina to take the plunge and go into business for himself – even without any financial assistance or outside investors. This was a calculated risk he was ready to seize by giving it his all and utilizing his innate strengths for a brighter future for his immediate family, and eventually a family of his own…

Overall, has it been relatively smooth? If not, what were some of the struggles along the way?
It has certainly not been a smooth road, as is any business created completely from scratch. Founder Tom Marinos, started Bel-Mar Wire Products, a display manufacturing company, in the early 1970’s after having immigrated from Montreal, Canada via Greece with his family of twelve.

As the eldest son, his roles and responsibilities were endless, as discipline and hard work came without a choice as an adolescent.

Fortunately, his resilient upbringing molded him in to the diligent leader he eventually became. Little by little, his genuine, charismatic and honest character gained the likes of soon-to-be customers, some of which have remained loyal for decades…

The biggest obstacles arose when US trade practices and the last recession brought on unpredictably tough times affecting many industries- especially manufacturing.

Nevertheless, Tom’s character deeply rooted in experiences with struggle prevailed, as he pushed forward with his family to thrive and persist for ongoing solutions. Currently, the company is dynamically working together with the second generation continuing the legacy and American dream achieved by Tom, our dear father and visionary role-model.

Please tell us about Bel-Mar Wire Products.
We are a full-service custom display manufacturer, specializing in merchandising display fixtures. You see these every single day when you walk into retail shops and businesses, perhaps without ever stopping to think about the behind-the-scenes process of who made those display racks showcasing your favorite ice cream, baseball mitt, gourmet popcorn, candy, golf bag, designer sunglasses, chewing gum, handbag, shot glass, earbuds, earrings, energy drink, or fidget spinner to name just a few.

We are mostly known for in-store retail display fixtures, though our capabilities extend to outdoor and commercial fixtures whether promotional signage, or outdoor accent display fixtures (i.e. green walls). We are most proud of the fact that ALL of our products are designed, produced, manufactured, and assembled in the USA locally in our plant in Chicago, IL. Nothing is outsourced to overseas markets as we have never followed the mantra of what has deteriorated our country’s labor force from progression with respect to the US manufacturing industry. Although statistics show there is an industrial resurgence due to things like the Reshoring Institute, the mention of corporate tax reductions, and possible NAFTA renegotiations, we have always been consistent in our oath to the economic growth of the United States with respect to American jobs on US soil.

This sets us apart from most of our competitors who continue to outsource, relinquishing American jobs, taxes, and various forms of US labor market progression. We are also proud of the fact that we have survived and have been able to be of considerable service to companies nationwide, making their job more efficient in playing a key factor for product and brand awareness while fostering significant revenue for their business.