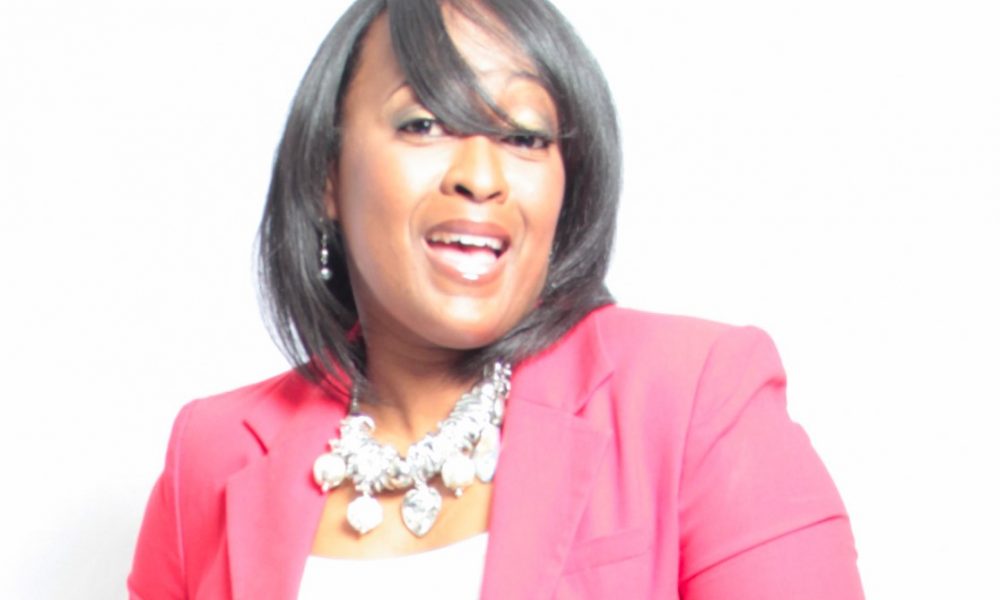 Today we’d like to introduce you to Yolanda Givens.

Yolanda, can you briefly walk us through your story – how you started and how you got to where you are today.
I could walk you through many stories but for the purpose of this article, the focus is on Thycke Girl Productions (TGP). I will share however, that I was born in Chicago, but grew up in Los Angeles. So, I am a LA Girl (smile). I relocated to Chicago in 2009. My entire career at various levels has always been about empowering and inspiring people. I have had an entrepreneur spirit since as far back as I can remember. I have always had a passion for performing arts. I been performing since I was very young; singing, dancing, acting. My aunt reminds all the time that at the age of 2, I would use whatever as a mic and sing and perform Marvin Gaye’s song, “Let’s Get it On”.  Imagine a two year old singing that song and knowing all the words. I have been in school plays, talent shows, movies and so forth. I have had plenty of vocal, dance and acting training. The most influential training I got was from my High School Drama and Play Production Teacher, Mr. Hodge. I didn’t realize until I began this TGP venture that he had taught me so much. His influence after all these years, just kicked in. God rest his soul. Anyhow, I am blessed that throughout the last seven (7) years, I have been able begin to fulfill that entrepreneur spirit at a new level, as well as that love and passion for performing arts.

Thycke Girl Productions (TGP) officially launched in 2017 through the production of our first stage play, Diary of a Thycke Girl. TGP consists of four talented, business minded women that through other projects formed a sisterhood, and from there decided to stretch their creative imagination and create a company where women of all walks of life could come together to uplift and motivate while telling the untold stories through productions.

We premiered Diary of a Thycke in 2017 with two sold out shows.

We are hitting the stage again on 9/15/18 and that show has sold out as well. I am the producer, and co-director. We actually got started in 2013 but the idea was put on the shelf. It was 2016, that we dusted off the idea and brought life to our first play and production company. It was a journey getting there!

I am also the co-owner of BFF Management which specializes in nonprofit management, personal and project coaching, and talent development. It’s a small consulting company that is having a big impact through Building a Firm Foundation for success, for our clients.

Yes, many small hats that I wear but I understand it is all part of a Bigger Picture!

Great, so let’s dig a little deeper into the story – has it been an easy path overall and if not, what were the challenges you’ve had to overcome?
No, it has not been an easy path. With Thycke Girl Productions, there has been so many challenges. I mean, I had never produced and directed a stage play before, or even assisted in the production of one. It was new territory for me. I didn’t really know what I was doing or necessarily what I was getting myself into.

Staying focused and trying to juggle it all has been a challenge, and just pushing pass the normal life situations. I would say not having roots and tides to Chicago has and is challenging. I don’t have high school buddies and college friends in the city that I can lean to for support in some way. No one knows, who I am and that’s hard. I had to navigate and learn the cultural of Chicago, which I am still learning. I wanted to know who is here writing, directing and producing. I want to know what do the people of Chicago want to see on stage. I wanted at some level to immerse myself into what’s happening in Chicago theater.

Through the favor of God, I have managed to stay the course and not let the challenges stop me from moving forward.

Thycke Girl Productions – what should we know? What do you guys do best? What sets you apart from the competition?
TGP was birthed to write, direct and produce performances that share the stories of women, and provide a platform for aspiring and seasoned talents. TGP seeks to raise consciousness and produce quality, good entertainment.

I think one of our signatures is going to be that we create a whole experience. One isn’t just attending a stage play.

We are not in the mindset of competition, we are just proud of being the playwright, director, and producer of a stage play that premiered with sold out shows. I am proud of being a first time producer of a stage play and have some success. I am most proud that myself, Brandee Dyson, Kaya Rainey and Trina Jackson were able to come together, work together, and create together something that has a promising future. Yet, we are very much a work in progress.

What moment in your career do you look back most fondly on?
I have so many fond moments! This one has nothing to do with my current life but one of the fondest moments of my career, which happened many years ago was when I ran into a young man that had been a part of a program I had once directed. He came up to me; he didn’t say a word; he just handed me this identification card. As I looked at the card, I realized it was his firefighter’s ID. He had become a fireman! I still get emotional thinking about that moment. Showing me his card was his way of saying thanks for the support, guidance and opportunities, I bet the odds. This was a young man at one point was not on the right path but I believed in him. I felt proud, and so proud of him. Today, he is actually a Fire Department Captain. I guess in conjunction with that, another fond moment would be the acknowledgement from the California State Senate and Attorney General for my dedication to making a difference in the lives of children, youth and families. One of my favorite hashtags is #BlessedtobeaBlessing. For me, inspiring and being a blessing to others is Who I Am, and God definitely has the grand plan for my life that I trying to embrace and not run from it. 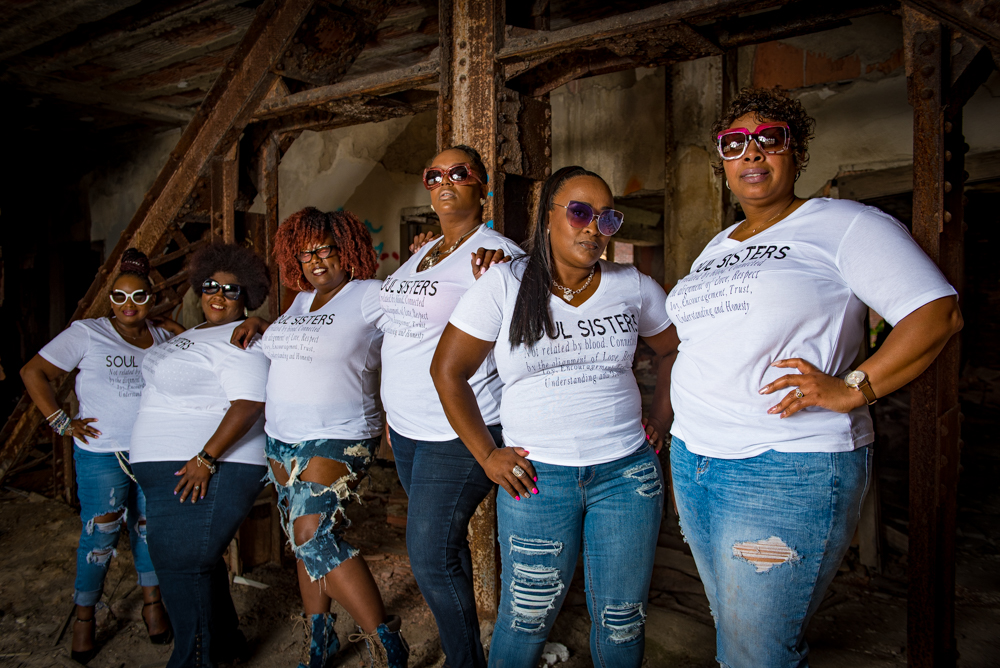 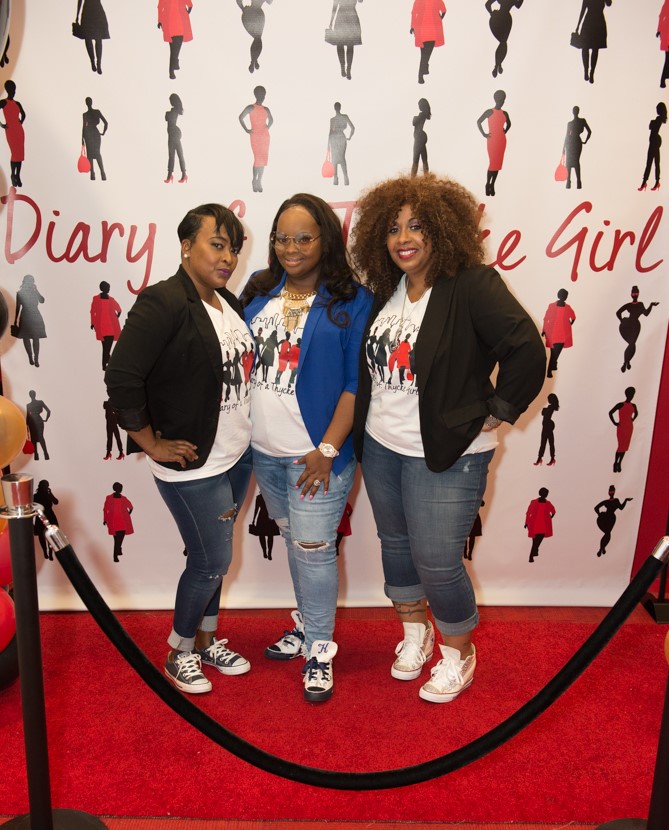 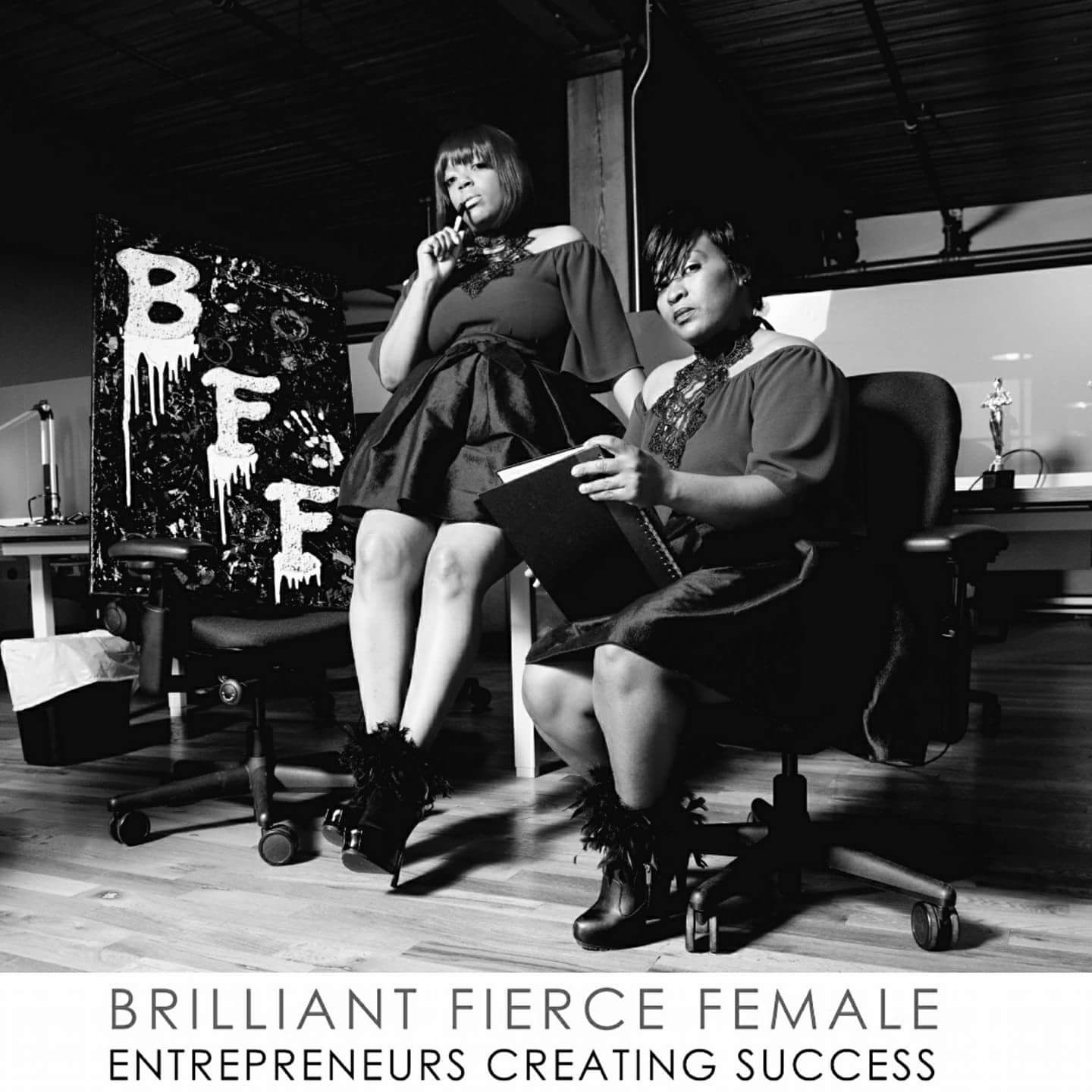 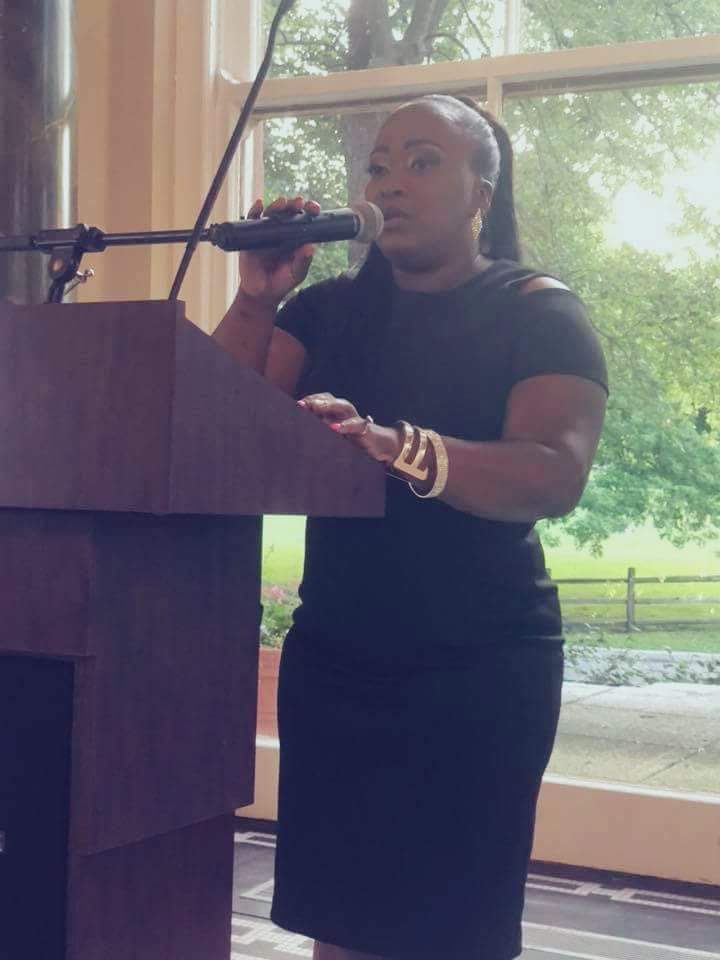 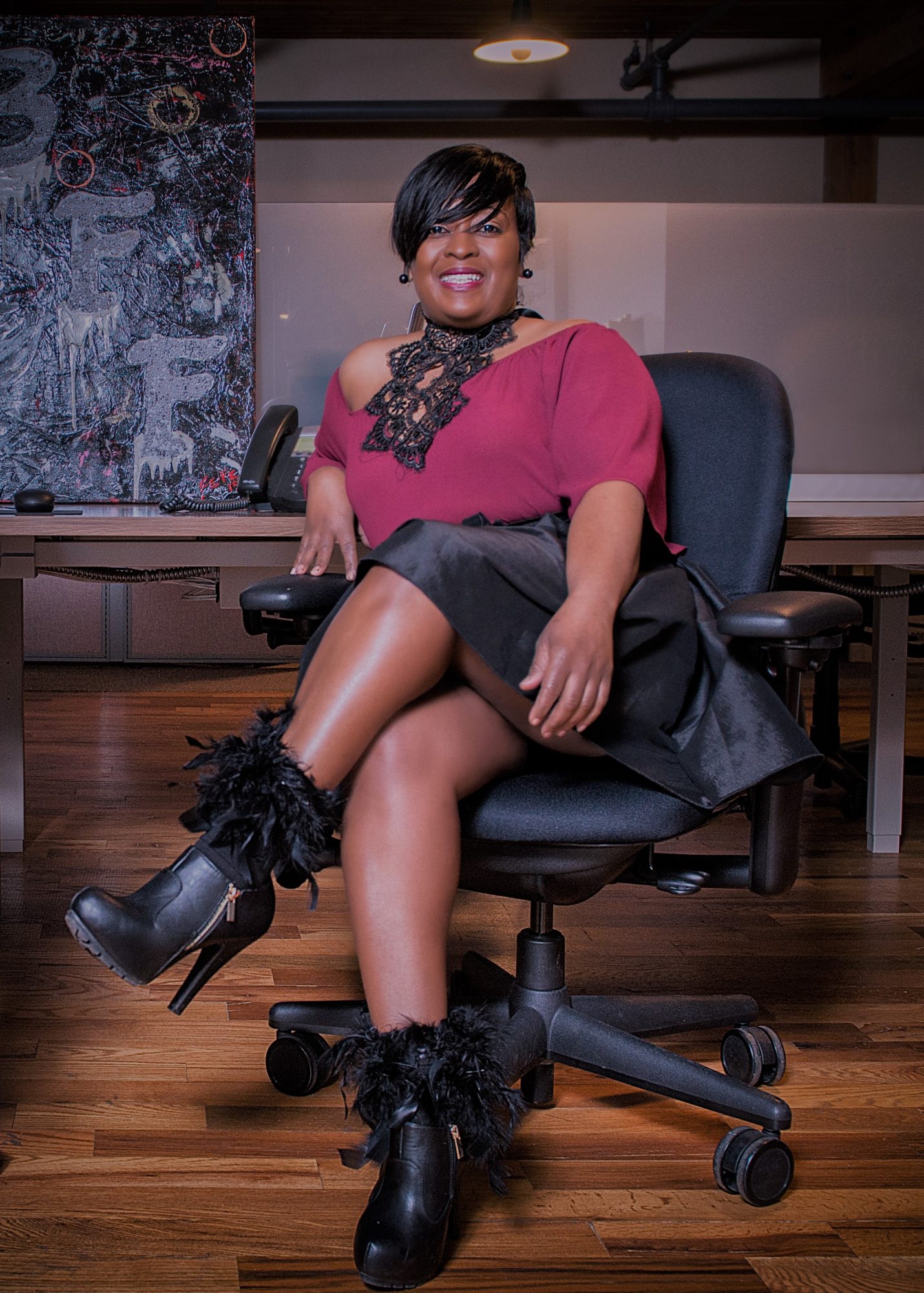