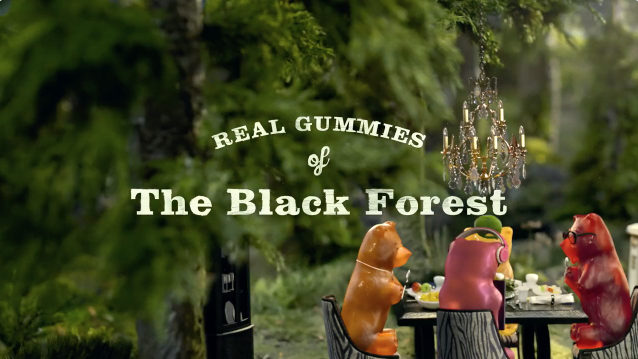 Today we’d like to introduce you to Bob Volkman.

Tom, Dick & Harry Creative Company is Chicago’s Craft agency. It was founded in 2002 by David Yang and Bob Volkman, two seasoned creatives who realized the extent of the Craft communications crisis taking place in Chicago and throughout the advertising industry and we wanted to do something about it.

Refusing to be trapped, we watched the classic prisoner-of-war movie, The Great Escape (starring Steve McQueen), and decided to tunnel out. The three tunnels in the film, codenamed “Tom,” “Dick” and “Harry,” became Chicago’s newest agency moniker, with a singular mission to keep Craft communications alive.

Fifteen years later, Tom, Dick & Harry’s Craft crusade is stronger than ever. We still believe that good ideas are not born, they are Crafted. They are shaped and reshaped until they function properly. They require clients who know enough to care about the difference between good and bad and demand creative Craftspeople who care enough to know those who consume brands deserve the best.

We’re always bombarded by how great it is to pursue your passion, etc – but we’ve spoken with enough people to know that it’s not always easy. Overall, would you say things have been easy for you?
We liken our journey to the dinghy Tom Hanks built out of sticks to escape the tiny tropical island in Cast Away. Since day one, we’ve overcome waves of challenges, and yet we’ve managed to survive and become one of the longest-tenured creative shops in a town dominated by multi-national agencies.

The school of Hard Knocks? Pretty much. During our first week in the blistering hot summer of 2002—with our air-conditioning turned off to save money—we pitched a client in Washington D.C. The client said that she was impressed with our enthusiasm and ideas and awarded us the business. Ten minutes later she called back. Her boss was a little skittish about using a start-up agency. So, she promptly fired us. We did get two things out of the experience: the knowledge that every client relationship is tenuous and a fruit basket that the ten-minute client apologetically sent.

What keeps us going is a conviction in our ability and a theory we’ve coined along the way that almost makes us seem as smart as mathematicians, but it’s oh, so true: “The value of an idea is inversely proportional to the number of people in the room when it was conceived.” In other words, big ideas stem from small gatherings. It doesn’t take 100 people, just a few dedicated Craftspeople with Hanksian determination. Committees are the natural enemy of Craft. That’s why we don’t have them.

So let’s switch gears a bit and go into the Tom, Dick & Harry Creative story. Tell us more about the business.
We don’t like to think of ourselves as an advertising agency. People don’t like ads. But people like well-Crafted things—stories, art, music, films—and sometimes that is an ad. That’s why we talk so much about Craft. Craft, like your Craft, like your life’s work. As in, “I Craft brands for a living.” Craft, as in the highest quality and best version of a brand.

Here’s the truth: Craft is the Great Maximizer. Craft can help any brand out punch its weight in media dollars. Time for our third movie reference: Napoleon Dynamite cost $400,000 to make and grossed more than $40,000,000 at the box office. The reason? It was a beautifully Crafted film. We always tell marketers not to outspend their competition; let’s out-Craft them.

When it comes to communications, the proliferation of MacBooks and cheap editing software has turned everyone into a “Creative,” but with none of the talent and training it takes to be a true Craftsman of creative Ideas. As a result, the world is populated with brands that have lost their true Craft – i.e. crap. This drives us crazy, and it drives us forward.

The advertising industry is going through a seismic shift that has a negative impact on many agency’s abilities to Craft client’s brands best. The bigger agency networks are collapsing under the Megacorps (WPP, Omnicom, Publicis) who are singularly focused on reducing headcount and increasing revenue. Craft is not part of their equation.

The smaller agencies are reducing overhead (aka talent) and specializing in a niche of communication (healthcare boutique, “content” ninjas, digital strategy, etc.) with the hope of being acquired by one of the three Megacorps.

When we Craft Brands well it brings people to them, which brings more brands to us to Craft. We have a 15-year track record of examples that prove the model.

Has luck played a meaningful role in your life and business?
Equal parts of both. We’ve had accounts fall out of the sky. We’ve lost accounts for the flukiest of reasons. We’ve seen staffers welcome more than 20 babies into the world. We’ve lost one of our partners to cancer. We do consider ourselves extremely lucky to work every day with people we really like.