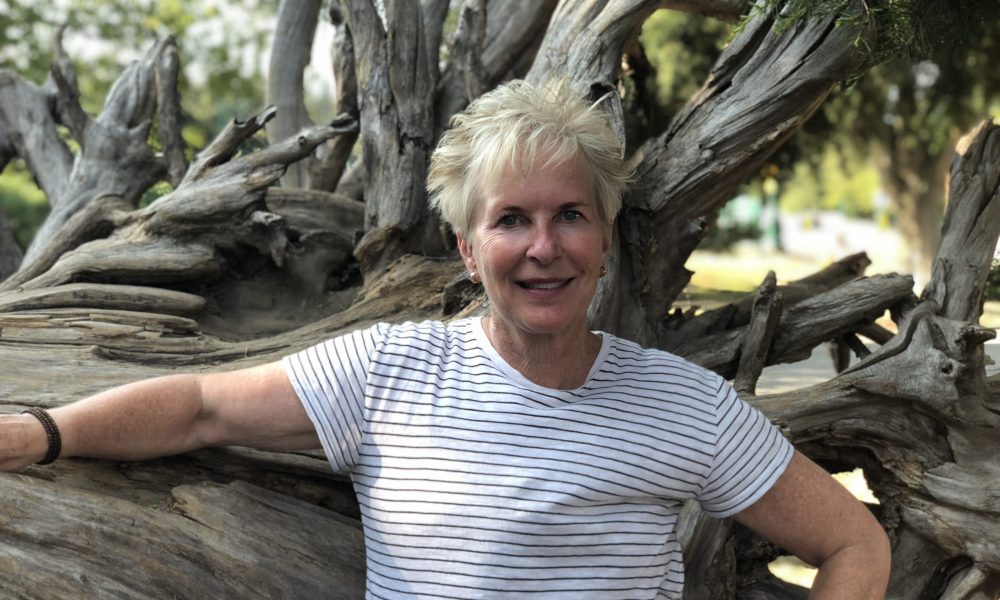 Today we’d like to introduce you to Lora Swanson.

Thanks for sharing your story with us Lora. So, let’s start at the beginning and we can move on from there.
Although I’ve been an antique dealer for the past 13 years, it was a long time coming. My first career was as a technical writer/editor. I love the written word and the writer’s craft, but throughout the years, I harbored a passion for antiques and vintage. I grew up going to garage sales, flea markets, and second-hand stores, and learned to repair and refinish furniture at an early age. I loved the hunt for hidden treasure! I think I always knew that one day, I would be able to pursue my passion. When my kids became teens, the timing finally felt right. I decided to rent a booth in an antique mall. That was fine for a while, but because I gravitated toward furniture and lighting, my booth filled up too quickly and there was never enough space. Eventually, I opened a shop in Evanston with another dealer, then went on to have my own shop, and finally, two shops next door to each other, known as an*tiq (antique and vintage furnishings) and mod*ern (mid-century modern furnishings).

A few years ago, I decided to reimagine my business. I loved the idea of antique shows, but always thought it was too labor-intensive for something that only lasts one weekend. I thought, why not create a show that lasts longer? So I decided to rent a vacant retail space and create a month-long Pop-Up Shop. My first Pop-Up debuted in November 2017 on Main and Chicago in Evanston. It was the perfect location, and so successful that I had to quickly find more inventory. I did a second Pop-Up in the same location in May 2017, and am now in the process of organizing Pop-Up #3. That one is currently slated for Fall 2018 in Andersonville. In the meantime, I maintain a showroom and warehouse in Skokie, where I accumulate merchandise in between Pop-Ups, and am open by appointment.

Great, so let’s dig a little deeper into the story – has it been an easy path overall and if not, what were the challenges you’ve had to overcome?
Is the road ever smooth?

One big challenge I faced was the timing of opening my first store. It was January, 2008, in the midst of the Financial Crisis and Great Recession. The way I looked at it, business could only get better from there. It was a rocky road, though, having a new store at a time when no one wanted to spend money. It was difficult to make it in the beginning, but over time, business picked up as people grew tired of staying home. They began to shop again, but with a new perspective–shopping as entertainment. Perhaps that marked the beginning of the sea change we now see in the Retail industry.

So that led to the second big challenge–reinventing my business. I was searching for a way to maintain the store concept, but with less ongoing overhead and expenses. I thought that the Pop-Up model could be a great idea because, like a show, it draws an audience by creating demand. Because a Pop-Up is an event, its fun, it’s exciting, and people want to come and see it. To make that work, I had to find vacant retail space with great foot traffic, with parking, in a densely populated neighborhood. I then had to figure out the logistics of making the space work, get it set up in a couple of weeks, and hire employees. Now that I’ve done it successfully, it’s so much easier each time.

Swantiques–an*tiq/mod*ern – what should we know? What do you guys do best? What sets you apart from the competition?
Swantiques–an*tiq/mod*ern sells antique, vintage, and mid-century modern furnishings. Our focus is furniture, lighting, art, textiles, and accessories. We are known for beautifully curated collections of unusual, one-of-a -kind items. We have an eye for design, and present our merchandise in vignettes, so that you can visualize how it would work in your own home. We pride ourselves on the quality of what we sell, and that fact that every piece is in beautiful vintage condition.

We also know how to throw a party, and our Pop-Up openings are just that. We create an event that is fun to attend, with music, food and drinks, fun, and friends. Oh, and by the way, we have plenty of cool stuff you will want to take home!

What moment in your career do you look back most fondly on?
Nothing can compare to the opening night of our first Pop-Up in November of 2017. Because it was the very first one, it was experimental. We were using a raw retail space, so we had to do a lot of cleaning, some electrical work, and even some drywall. We had to work with the city of Evanston, and the fire department, which didn’t have any guidelines for Pop-Ups. I really didn’t know if we would be ready in time for the opening and how it would turn out. But after three weeks and many long days and nights, the space had been transformed into something truly spectacular. We opened on a Thursday night, to a crush of people, and it was a huge success! 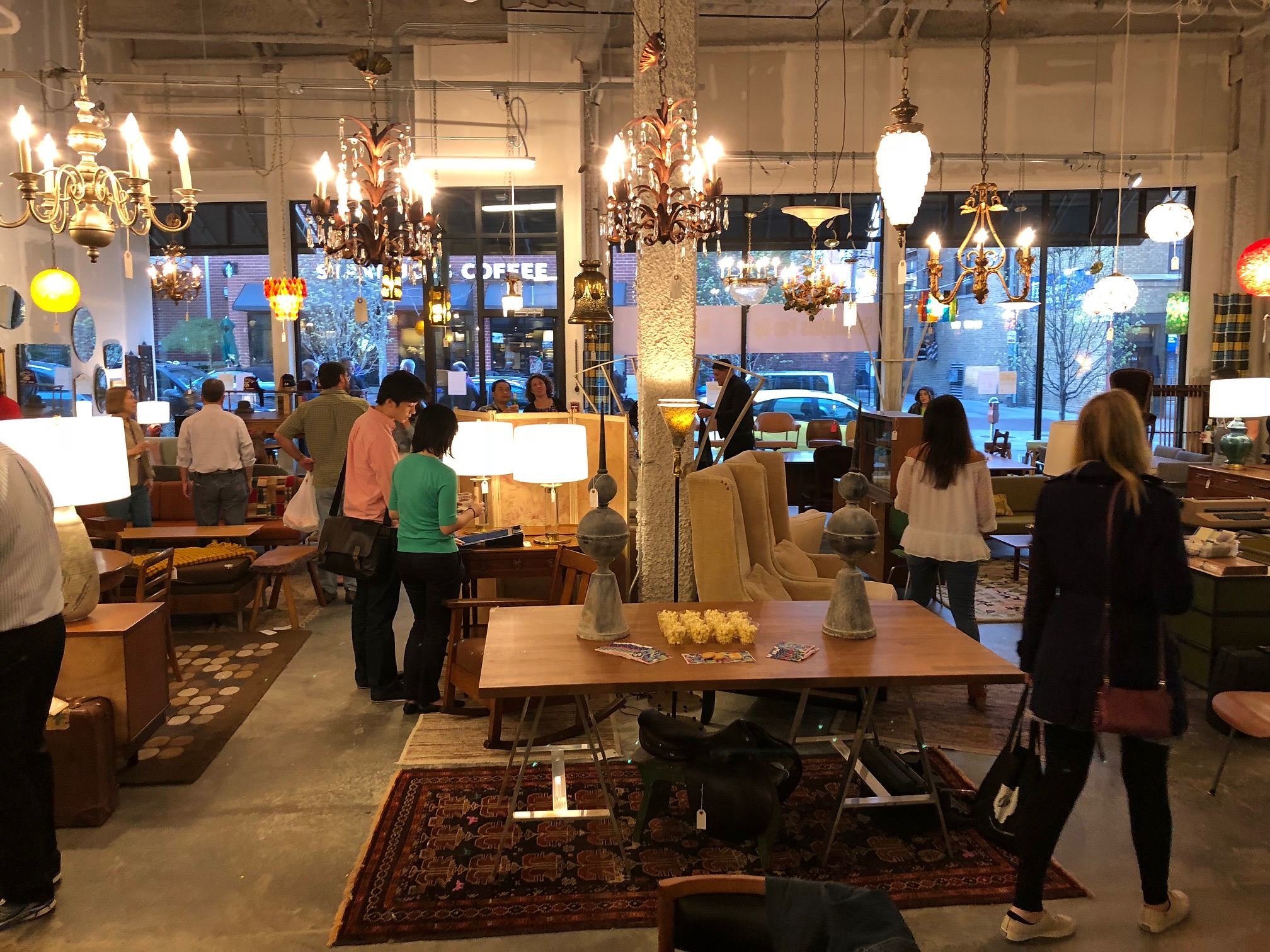 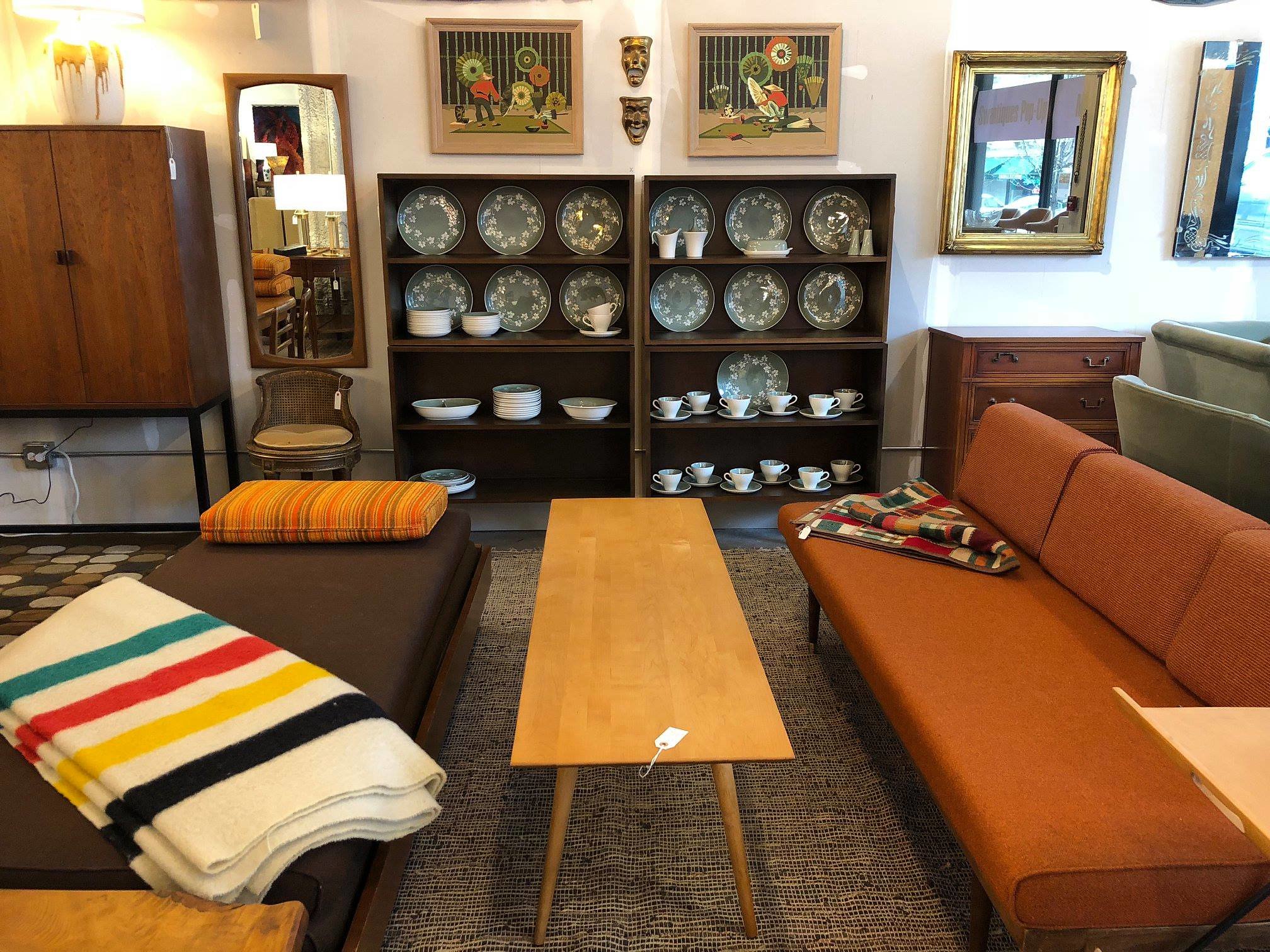 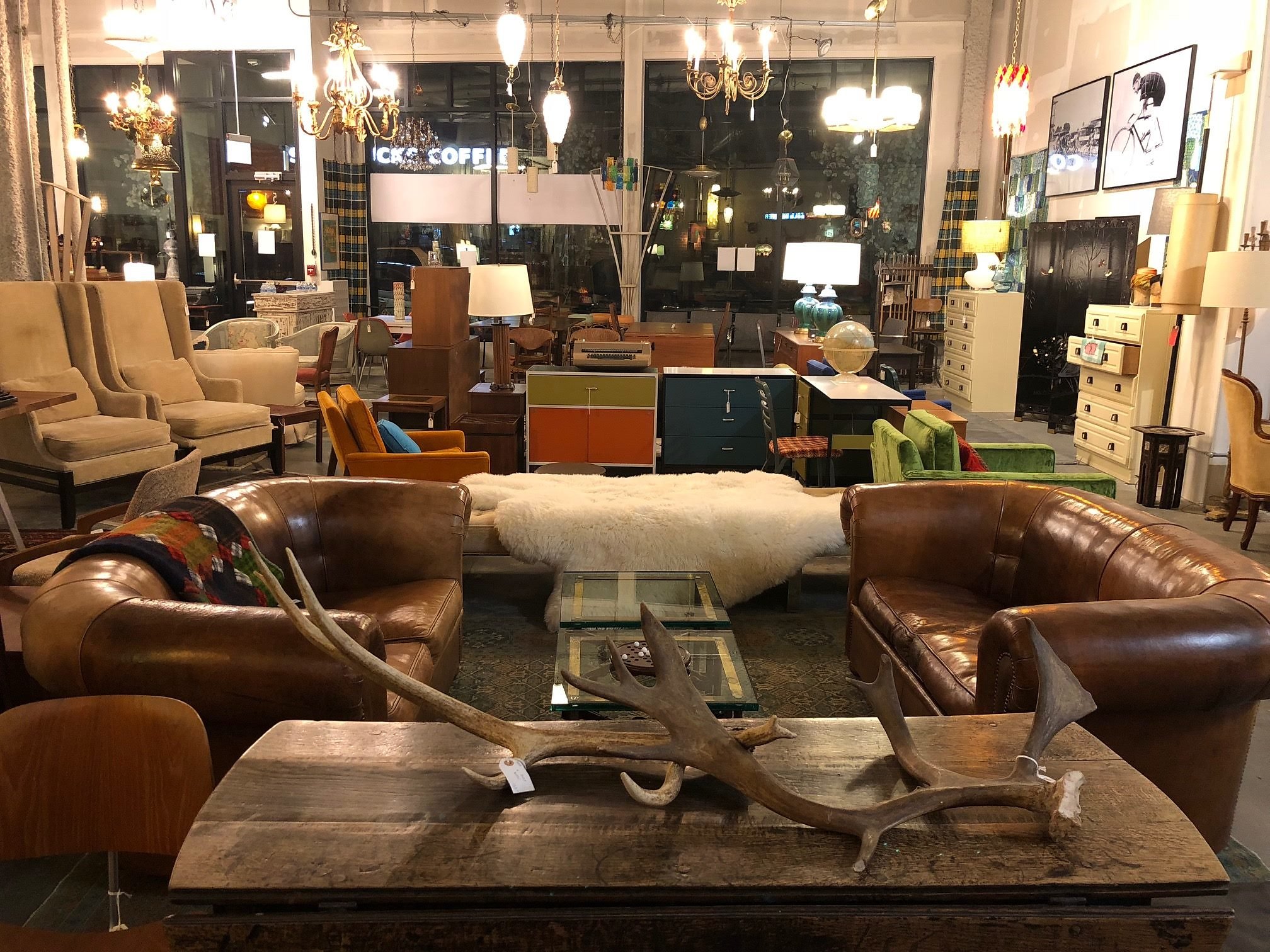