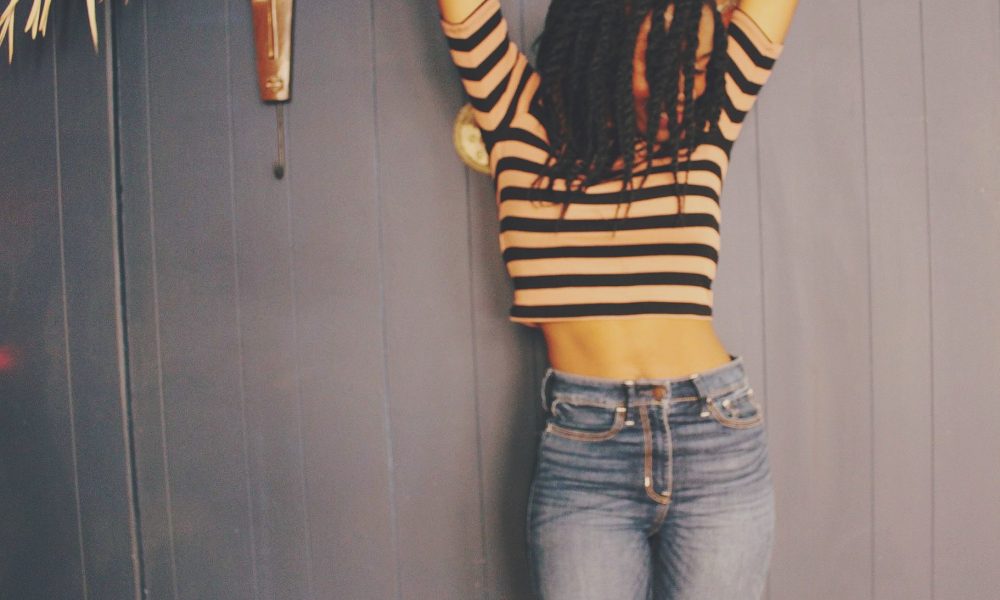 Starlenie, can you briefly walk us through your story – how you started and how you got to where you are today.
Honestly, this is rarely a brief task for me. Most of the time, someone’s story begins with the mention of their environment, parents, and cultural identity. All of those things, along with my perception of myself, were reset once I met my birth parents. Prior to the second grade Miami, Florida was my home. I had one parent who was both mother and father to me.

When I was seven-years-old, my birth parents arrived at the home in Florida. In short, the reunion was difficult as I had no recollection of my biological family and no concept of my Caribbean identity [as the descendant of Dominican and Haitian immigrants]. My birth parents introduced themselves as my “real parents”. And I learned that only one of the young girls in the home was related to me. You would think bonds would be altered once the truth had been revealed. But my attachment to my foster mother remained the same once my birth parents left.

Sometime during the spring of 2006, my sister and I went to court with our birth father. I didn’t think much of the occasion since I didn’t see him again after that. Months later, my foster mother called my sister and I out of our bedroom one afternoon and told us to grab suitcases from her closet since it was time to go ‘home’. The next day a woman came to the house, put us in her car, and took us to her office. Sometime after sundown, a man picked us up then drove us to the airport. At the airport, someone led us to the terminal where someone else waited to take us to the gate. Once my sister and I boarded, a stewardess greeted us by name and asked what we wanted for dinner. The next thing I knew I was at an airport in Chicago.

I’ve been on the North Side with no contact with anyone from my past since then. I don’t have anything from the first eight years of my life nor do I have the slightest idea of what brought me to the city. My birth mother briefly spoke of the situation once when I was a child. I overheard her say the police arrested my parents one night and put us five kids in the custody of the Illinois DCFS. However, I recently learned that the Midwest Adoption Center has no record of me being taken into DCFS custody or foster care. Though it’s possible the Florida office may have something on file, I have yet to hear anything from them.

More often than not, I wonder if somebody found me in a dumpster in Miami or whether my foster mother is actually my birth mother. For a while, it has troubled me that I may never know. But in the midst of the confusion surrounding my story, it became clear to me that I am the one who gets to write it. I have doubts about whose child I am and second-guess the identity that I claim. But at least I can tell you about the person I am. When I was terribly suicidal in junior high, I could not do that. I didn’t learn that you are not your circumstances but rather what you choose to do about them until I emancipated myself from my parents at sixteen-years-old.

Overall, has it been relatively smooth? If not, what were some of the struggles along the way?
Things have been quite challenging actually. My upbringing was rich in trauma, assault, abuse, bullying, poverty, and mental illness. And I didn’t think I had the right to complain about it. I was aware that somebody always has it better than and worse than you do. So it made sense to journal away my thoughts and be grateful that my pain didn’t belong to anyone else. On top of that, I suppressed the anxiety, hypervigilance, depression, and hurt that consumed me thinking it would do my biological family a favor. I saw a social worker annually, but I never discussed what went on in my home. I thought that I was protecting my younger siblings from being taken away by DCFS. So my peace became subordinate to others.

When you make the cognitive effort to choose someone else’s satisfaction over your evolution you will never be happy nor will you grow. That is my humble opinion. When you agree that you deserve less then less is what you shall receive. My birth parents, siblings, and kids at school pointed out every fault they saw in me. But I became my biggest critic when I subscribed to those depictions of myself. I truly believed that I was ugly, empty, and unworthy of love. Might I say the worst thing you can do is beat yourself up after everyone around you has. When others harm you the solution is not to harm yourself as well. This thought became apparent to me after years of trying to end of my life. I realized that I didn’t want to die. I wanted to be free of my pain.

Slowly I began to choose myself. This meant abandoning people I couldn’t help, abandoning people to do them a favor, and abandoning people because they entered my life for a reason not a season. Choosing myself meant becoming everything I was looking for in others. I’m sure this disappointed some people as it’s harder to accept what you didn’t expect. I don’t think anyone I know expected me to say enough is enough. No one anticipated me saying, “It’s a wrap with a bow on top, you better move around and call a U-HAUL truck. Because nah that ain’t it.”

Quite frankly, I didn’t expect to embark on this journey to restoration anytime soon. During my senior year, I realized that everything I wrote centered around the pain I suppressed. And every time I graced the stage to perform a poem I broke. I was the spoken-word poet who struggled to speak. The frustration with my inability to control my emotions led me to write my book, Things I Never Said. It’s the most transparent thing I’ve ever written. It’s also the first step I’ve taken in the healing process.

Vondora Goods – what should we know? What do you guys do best? What sets you apart from the competition?
I touch the heart through art by means of storytelling. Writing is my craft as it is the one thing I do really well. In general, I don’t rely on social validation to feel confident in myself. But that’s especially true when it comes to my work. I don’t write for readers to like what I choose to say. But for the therapeutic process of pressing pen to paper. I share my work because I agree with Oprah that your ability to share your story only helps the trajectory of others who listen. My writing stands out because it is merely a reflection of me and I am unique. You will never find another character like myself. From reading and writing for twelve years, I’ve learned to manipulate words in a beautiful, powerful way. Although the emotion in my poetry is assumed (not stated) it is definitely something you can feel. I leave it all on the page and then on the stage.

In my book, readers can witness that act of transparency. Things I Never Said is a collection of free verse and prose poetry that explores life – specifically after it has been reset several times. Told initially from the perspective of a child, this novel chronicles the upbringing of one girl as her environment, family, and cultural identity changes over the course of eighteen years. Throughout the three sections – Afterbirth, Afterlife, and Rebirth – the speaker details the trials and tribulations of her journey while in foster care, after reuniting with her birth parents, and after severing the ties between herself and her biological family members at sixteen years old. Things I Never Said captures gratifying and gut-wrenching moments in one survivor’s life as she is exposed to physical and sexual violence, mental illness, loss, isolation, and neglect. This is an invitation to the severest moments of the speaker’s journey; as well as an invitation to everything she has observed from them.

What is “success” or “successful” for you?
This is a great question. For me, success is an accomplishment that allows me to grow emotionally, spiritually, mentally, or physically. Every year, every month, and every day I aspire to better myself. Wanting to succeed is like wanting to live: it takes more out of you. As to live is to be more than alive. And to succeed you have to set the bar high then aim above it. Success of any kind requires diligence, patience, and sacrifice.

I would no-doubt credit any success I have to my resilient nature. I am convinced that my vessel was molded with great tenacity. Because no matter what, I do not give up. The thing is I have a strong appetite for life. I am a hungry girl, but I’m used to having no food in the house. Therefore I think about what I want to eat 24/7. Like Jay-Z and Kanye, I’ve gotta have it. And I can’t stop, won’t stop until I get it. I owe that to my resilience. 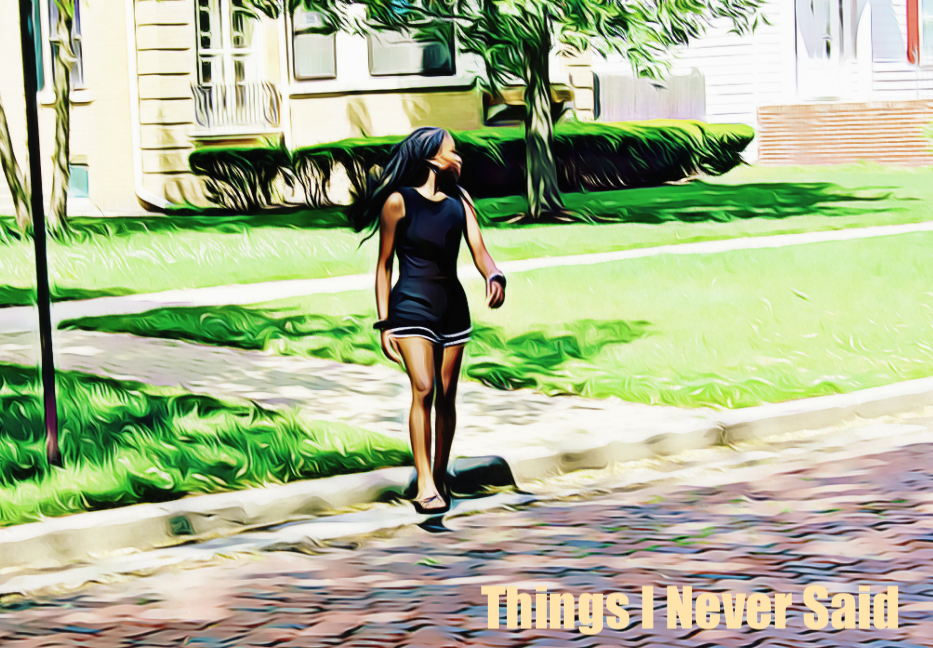 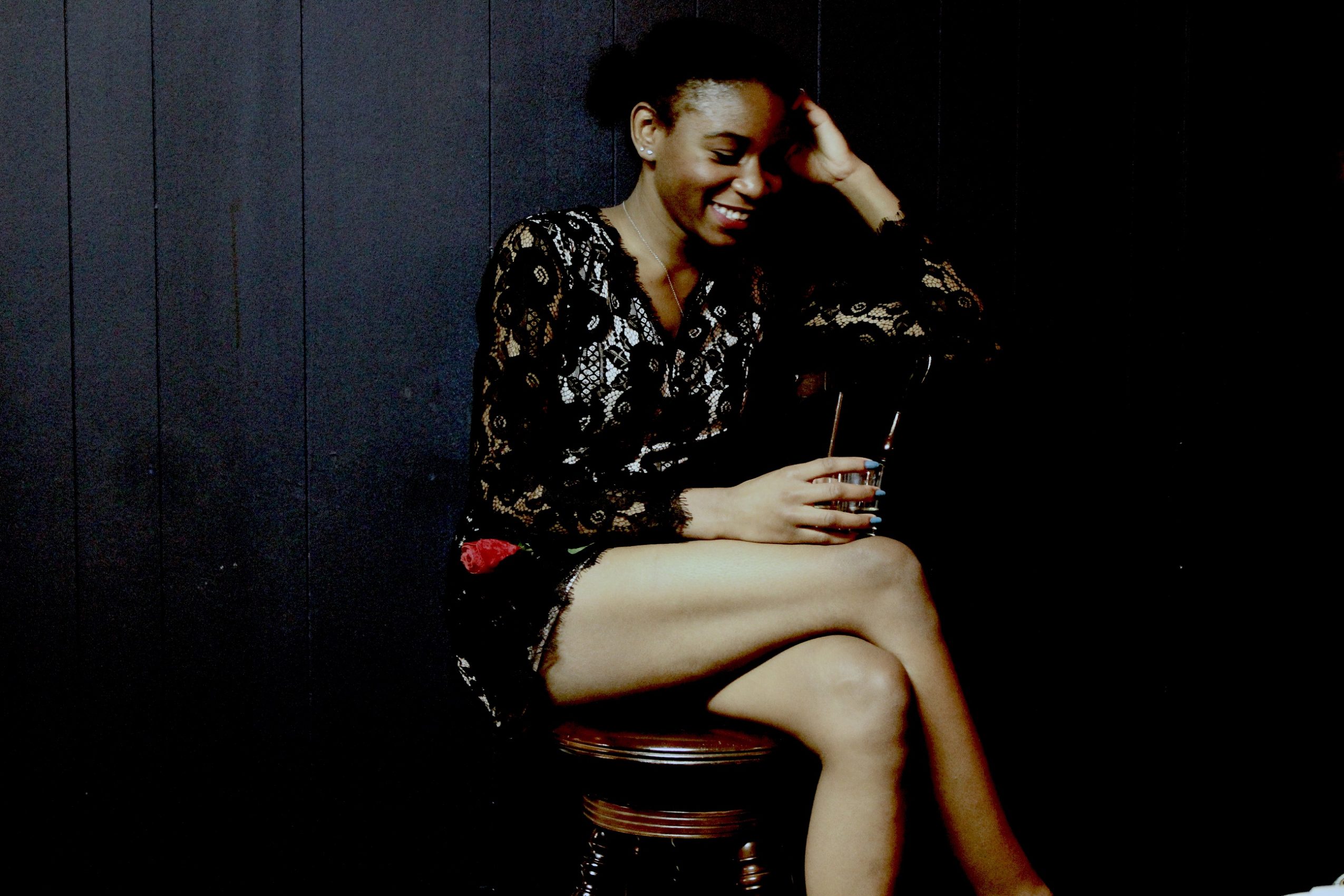 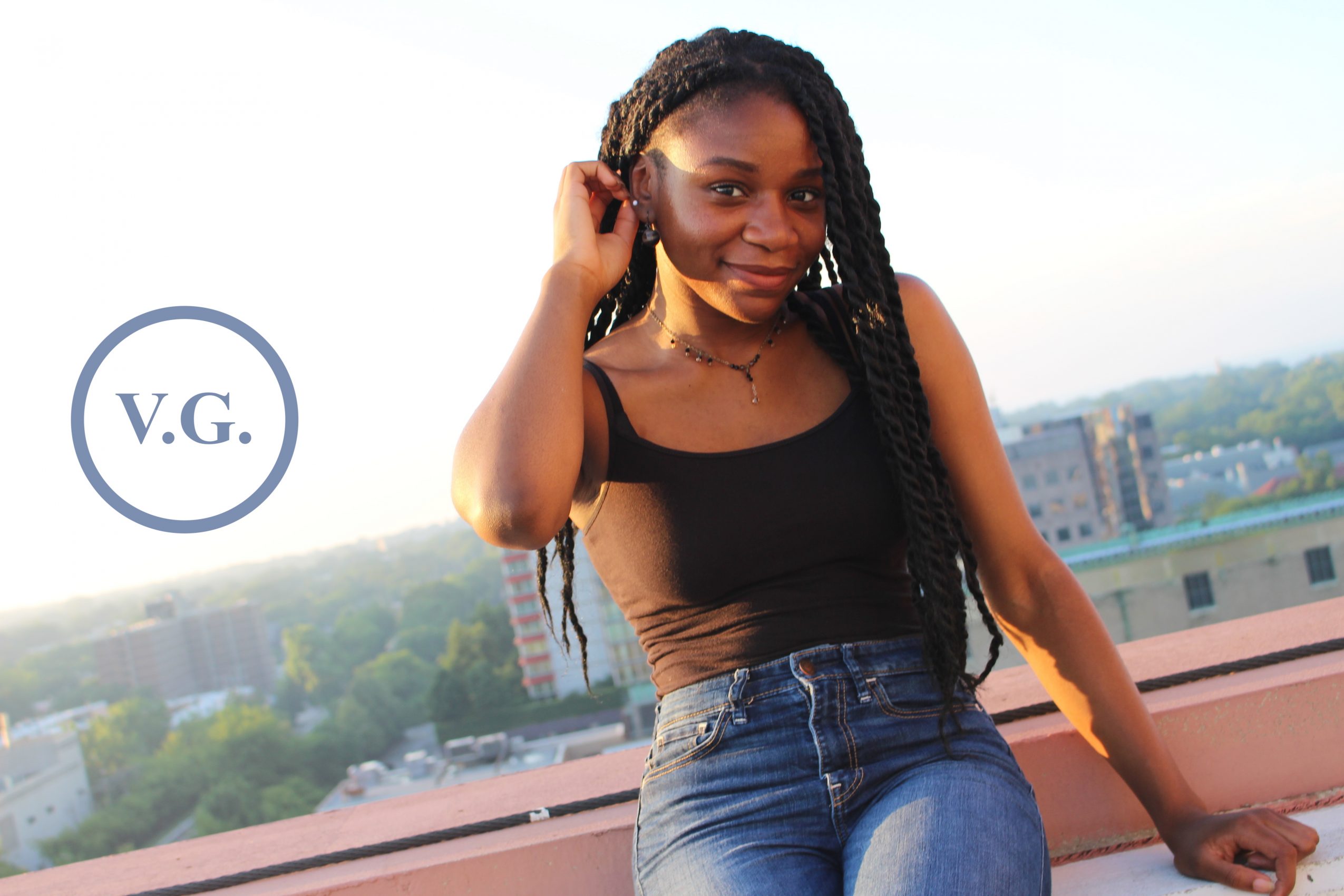 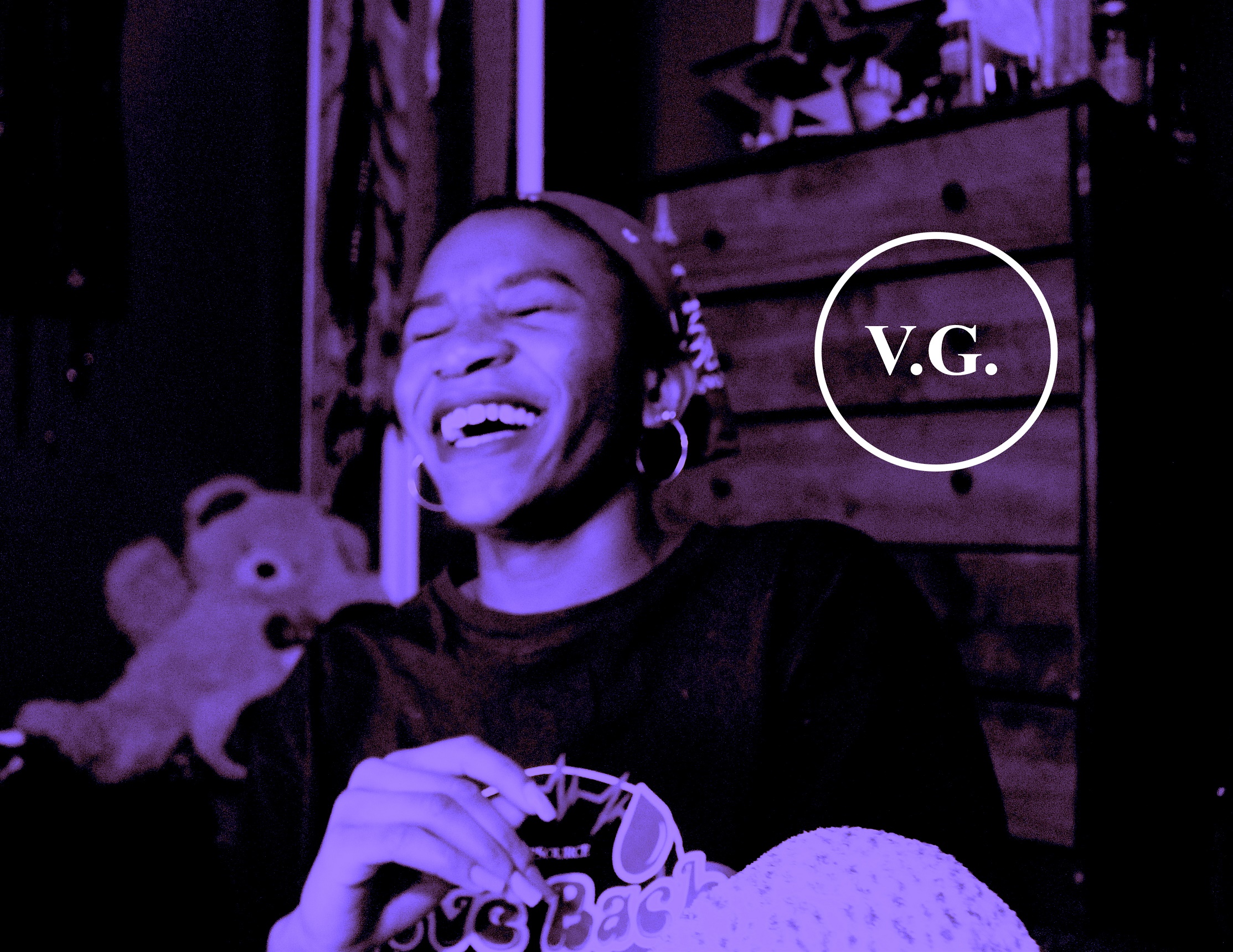 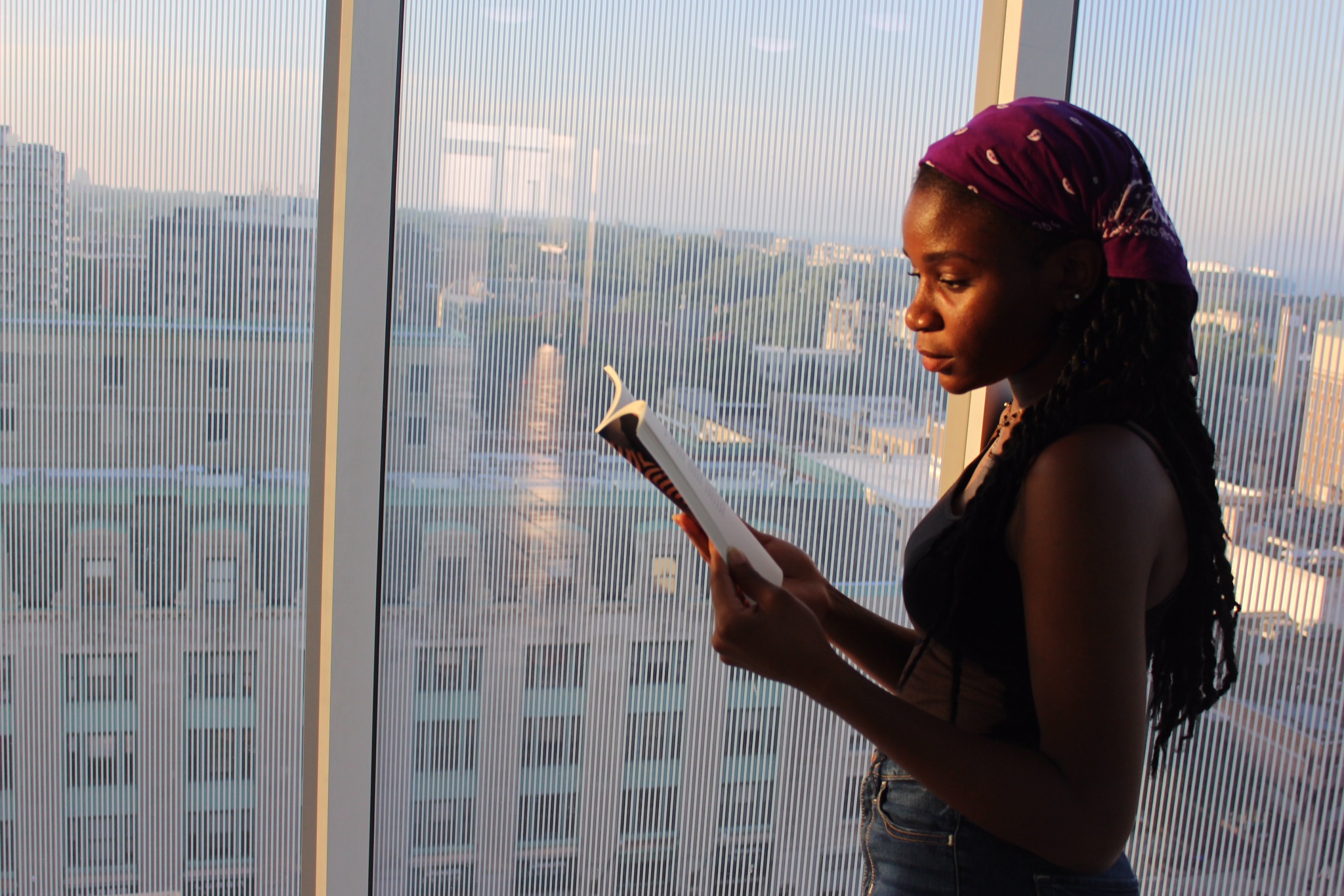