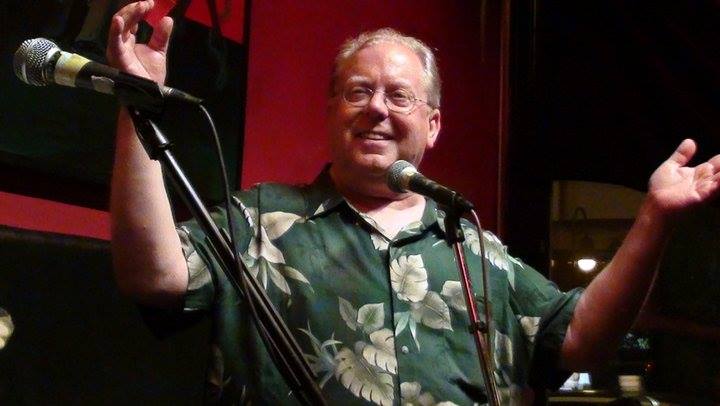 Today we’d like to introduce you to Michael Teach.

Michael, can you briefly walk us through your story – how you started and how you got to where you are today.
In 2006, I founded Chicago Acoustic Underground based on the concept that the support system for original music creators and performers from the nineteen sixties and seventies when venues were responsible for the promotion of events in their establishments and it was the responsibility of the artist to hone and develop their skills and bring their very best performance to the stage. The reward at the end of the performance was being paid for your efforts.

Somewhere in the nineties a major paradigm shift changed everything and the artist alone had to take on all aspects of the marketing, sales, booking, etc. and as an original artist discovered the concept of “Pay to Play” Exempt from these changes were Cover bands and Tribute bands. By riding on the coattails of successful original bands and drew people to the venues to listen to live versions of big name bands. Through big cover charges and big bar rings, the vendors made big money with very little overhead.

So, myself and some artists both old and new put our heads together and developed the concept of a virtual venue (“This new thing called a Podcast”) and bring in artists to perform their music while being interviewed and getting exposure to audiences That were unavailable to them in today’s music environment. There was no cost, and the only requirement to get on the show was all music performed must be original to the artist or band.

Twelve years later with almost 700 shows (these days including live video streaming) we have recorded literally thousands of artists from all around the World. Artists get all songs as high quality audio and video files.

About six years ago we founded CAUDog Records based on the same concepts and we now have twelve artists on the label and are bringing in more later this year.

I am extremely proud of all that we have accomplished and the good we have done for the Chicago music scene.

Overall, has it been relatively smooth? If not, what were some of the struggles along the way?
The biggest struggle has been trying to figure out the monetizing of the concept. Everybody loves it but even though I have a button on the front page asking for donations, they have been few and far between. So, I have self-funded CAU and CAUDog Records.

What is “success” or “successful” for you?
We have been successful in helping original musicians get their story out to the general public.

We have been unsuccessful in figuring out a way to monetize the business.