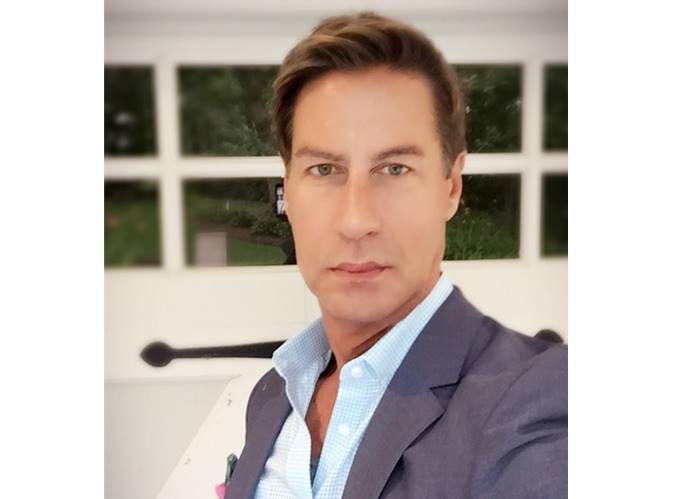 Today we’d like to introduce you to Markus Oliver.

Thanks for sharing your story with us Markus. So, let’s start at the beginning and we can move on from there.
When I was young I dropped out of high school and took off to California to “find myself.” Naturally I headed for the beaches of Malibu but before long I ended working in a clothing store in Beverly Hills.

I was a trunk show model and part of the deal was I got paid seventy-five dollars a day and a professional haircut in a swanky salon.

Soon I began to notice all the hairdressers seemed to have such a glamorous life with their Gucci belts, fun times and fancy clients. Well, that was all I needed to know that this was the life for me! But to be very honest I had an instant reaction and attraction to the art that is professional hairdressing.

After nearly four years starting off sweeping floors and folding towels, I learned my craft with all the intensity of a law student at Harvard.

Eventually I returned to Chicago where I am from and although I lived in the city I began to work in the northern suburbs.

By the age of 30 I opened my first salon in Winnetka called Salon Millennium. We grew rapidly from the original staff of 7 to more than 40 employees. That salon was voted 1993’s Salon of The Year by Modern Salon ironically beating out Jose Eber’ of Beverly Hills. It was an important award as it was completely voted on by beauty experts and professionals nationwide. It’s quite humbling when your contemporaries see you as a first place winner and acknowledge your efforts.

A few years after that but before I opened what would become my second salon I earned the high honor of the title Master of The Craft by the Academy of Arts & Science. (I just adore a shiny trophy) … LOL

So here we are today about thirty five years later in my third and dare I say favorite salon. The Markus Salon.

Personally, I think for many reasons it is in fact my favorite because I share this best part of my career with my best friend and equal business partner the master colorist Anna Milewski. In our exquisite boutique salon with its smaller size we have so much more opportunity to focus completely on delivering the very best hair in our combined 47 years of talent.

Recently I read something that kinda sums up what I have always believed. “Let the beauty of what you love, be what you do.”

I think it’s awesome to me to be truly able to say I am simply turning out your best work of my career now more than any other time of my life.

We’re always bombarded by how great it is to pursue your passion, etc – but we’ve spoken with enough people to know that it’s not always easy. Overall, would you say things have been easy for you?
Well naturally none of us has had a “smooth road” in any part of our lives but business has pot holes you can never predict.

Without question the biggest hurdle would have to be the economy and over several decades whether working for someone else or owning your own business gaging the way the economy will play out is like a spin of the wheel in Vegas. You simply can’t foresee every obstacle so the period between the say 2005-2010 were a real gamble.

Which is exactly why Anna and I decided that opening the Markus Salon Lake Forest in 2009 was going to work. There was so much room for negotiating rents in a low market and there would be so much to gain to gain if we rode the wave correctly over the next few years. We gambled in a time when most people were reluctant and we won.

So let’s switch gears a bit and go into the Markus Salon story. Tell us more about the business.
Clearly what sets us apart from most is our commitment to service. After all, we ARE in the service business.

In addition to that, we are visionary and we are perfectionists.

Our philosophy if you want to call it that is quite simple really. We believe in using only the best most advance products. We believe that the best way to stay on top is to remind yourself what it took to get there and to always always always truly work with our clients to achieve a total and complete look that is uniquely there.

We love a fresh modern look that feels authentic and uncomplicated.

I also would add that in as much as the” influences of fashion” are part of what inspires us at the same time phrases like “trend” are so limiting. after all, isn’t trend really the last step before tacky?

Has luck played a meaningful role in your life and business?
I don’t believe in luck. I trust my instincts and intuition. Luck or rather the lack there of is just the residue of bad planning.