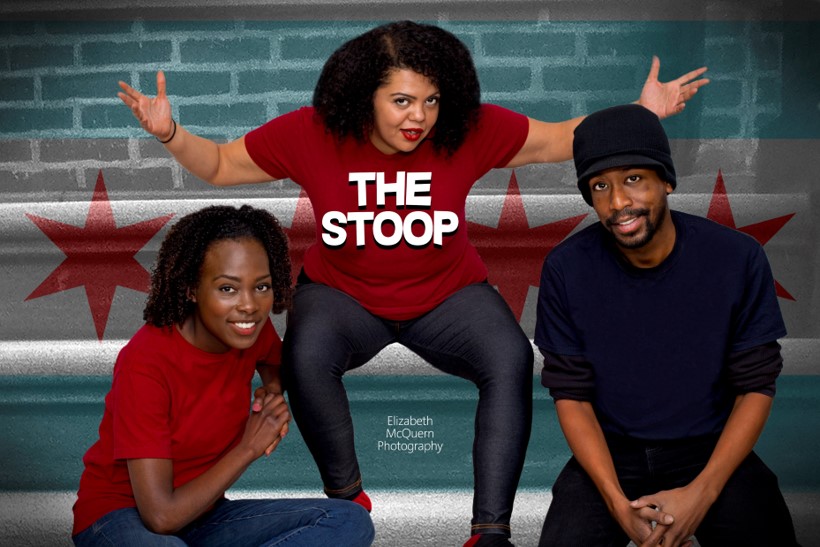 Today we’d like to introduce you to Lily Be.

Lily, please share your story with us. How did you get to where you are today?
In 2010, two months after a very traumatic experience that sent me to a psychiatric mental facility, I attended an event that a friend suggested would take me out of the funk I had been feeling since being released.

The funk I was in came mainly in part to how my community of family and friends had discarded me after hearing and believing the false narrative that had been spread about me by the man partially responsible for sending me to the facility in the first place. The event my friend invited me to was Grown Folks Stories at The Silver Room. I went to listen and was instead volunteered to tell a story. At first, I was resistant, but then the host Cara Brigandi said something that would change that. She said, “It’s only five minutes, no one is going to judge you, you are family here.”

That’s all I needed to hear, and I took it as a challenge. I told a story about my son Xavier standing up to a bully and how I was called into the office to defend him. I would go on to attend Grown Folks Stories religiously for two years because of how cathartic it was to own who I was without being judged. I didn’t know storytelling was a thing until I started to get approached by producers of other storytelling shows to perform. I did that for a year and noticed the lack of diversity overall in the storytelling community.

Very rarely would there be another Mexican woman in the line-up (sometimes audience), a teen mother, or even another Chicagoan! How could this be? I started The Stoop at Rosa’s Lounge in January 2013 to be able to curate shows with more people like me in hopes that they would catch the bug and get booked at all these other shows.

I had no experience in hosting or curating a show, but with the help of people like Monte LaMonte and my best friend (and cohost) Clarence Browley and by watching other producers do it, the Stoop got its groove and here we are, five years later doing our thing and growing. In short, I got here by fate and maybe a little luck, and by being unapologetically me.

We’re always bombarded by how great it is to pursue your passion, etc – but we’ve spoken with enough people to know that it’s not always easy. Overall, would you say things have been easy for you?
It has not been a smooth road. I didn’t ask for this. I have never had an aspiration to be a storyteller or producer of any show. I never saw myself teaching at Second City or inspiring people I respect and admire. I didn’t know what I was doing. It took me forever to consider myself an artist despite people in the community telling me I was one.

THE STRUGGLES, ugh. Where do I start? Look, I know I am not what people expected to come into the scene. I’m poor, I’m not highly educated, and I’m a former teen mom from (what I had one producer refer to as) “the hood”.

I have had respected people in the community turn their backs on me, judge me, and attack my storytelling and show for no other reason than because I spoke my truth and called out the lack of diversity in the scene and in groups dedicated to storytellers in Chicago. The following was even sent to me in an email from a former “pillar” in the storytelling community after a poor attempt at tone policing me online lead to me having to defend myself online from his attacks.

The struggles usually stem from other people not being able to handle this brand of person. I’m not palatable. I’m not refined. I am who I am and from where I am from. I have made the best of the shitty cards I was dealt and am now sharing all the highlights… and lowlights.

However, the struggles along the way nowhere near overshadow the joy and love that people get from both hearing me tell stories and teaching them how to own and share their own. I love hearing people tell me that thanks to my stories or workshops they are able to navigate better in the world. Their testimonies are life-giving and can’t anything good or bad take that away.

So, as you know, we’re impressed with The Stoop Live show. The Stoop Workshop series. – tell our readers more, for example what you’re most proud of as a company and what sets you apart from others.
The Stoop Live show and storytelling workshops are one few workshops and shows hosted by poor people of color born and raised in the city of Chicago. We specialize in discovering the story you have inside that you may not know you have. Our workshops and shows are no writing, off-book.

Meaning that we teach and promote an improvisational style of storytelling. We are not looking to bring out the refined story, more than we want to bring out the truth in a way that connects your experience to something bigger than you at some point.

I am proud of how long we have been around. Five years is a long time for anyone to be able to sustain any venture. We’ve been able to do it without a lot. We don’t get press, we didn’t have resources to pay for websites until last year, and I still don’t have business cards or a proper CV.

However, we hear time and time again from our performers and audiences how much they love and appreciate what we do. We also collect and donate money to organizations in Chicago that serve people of marginalized communities. The Stoop is straight up, no chaser and we believe people find it refreshing to our (The Stoops) truths.

So, what’s next? Any big plans?
So much is happening!!! We are continuing to grow by adding more Stoop shows and workshops all around the city. I am writing a book/storytelling guide I recently got started at a writing residency I did in PARIS! WHAT?

There is also a podcast in the works. I’m looking forward to the joy that is storytelling. I also look forward to continuing to use the Stoop to support local organizations and members of the communities these organizations serve.

Storytelling saved and changed my life, anything more significant than that would indeed surprise me. 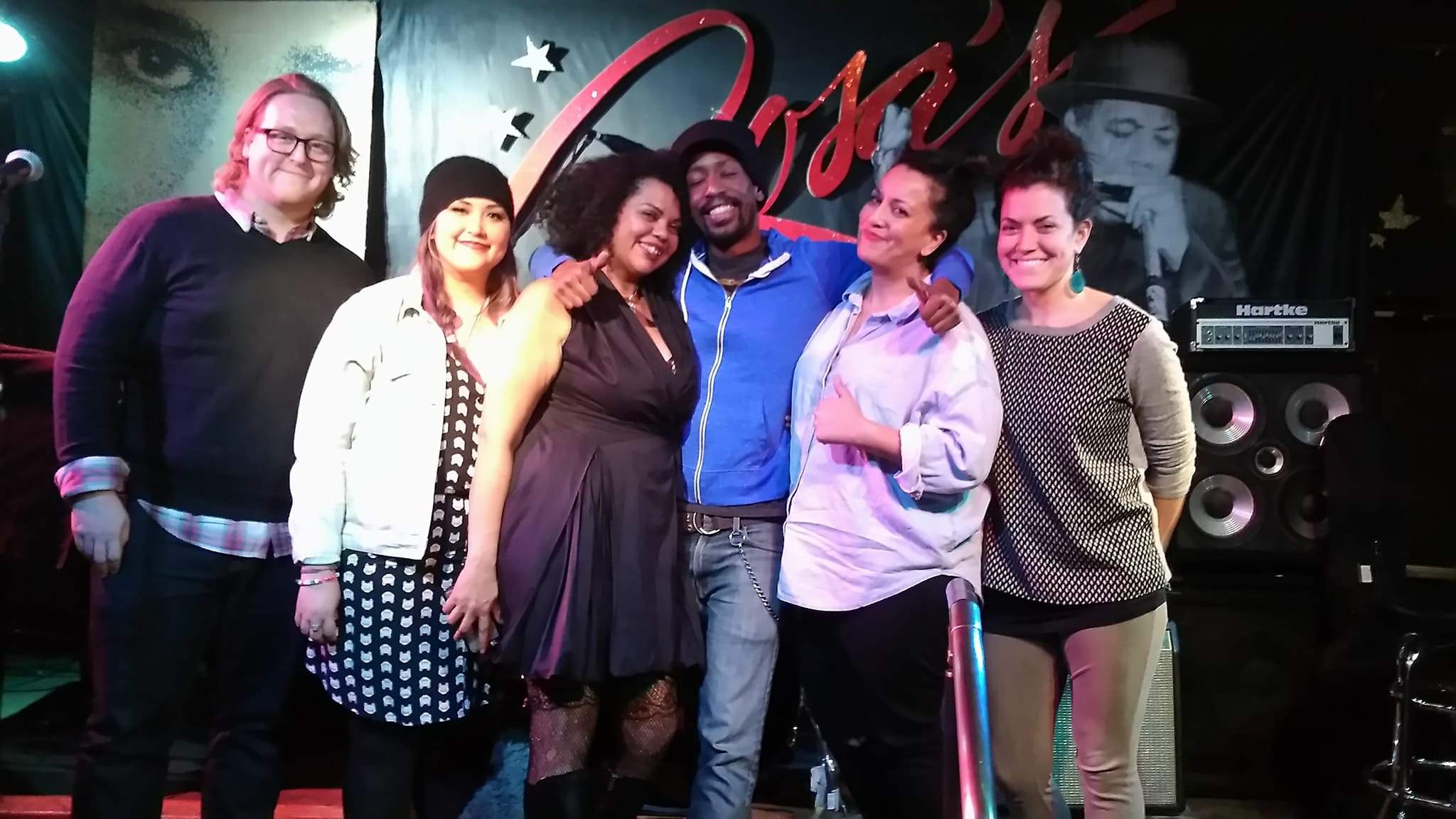 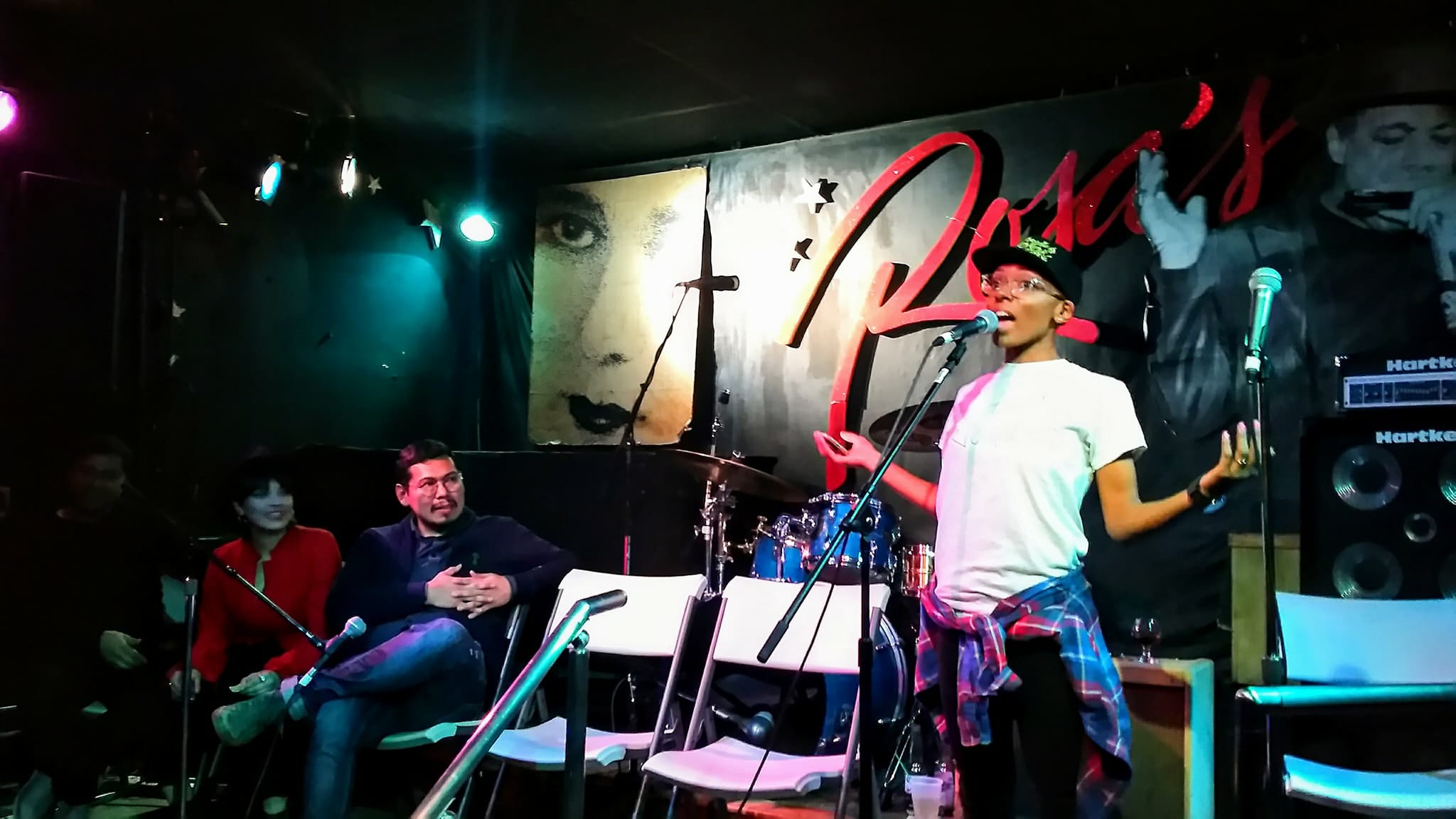 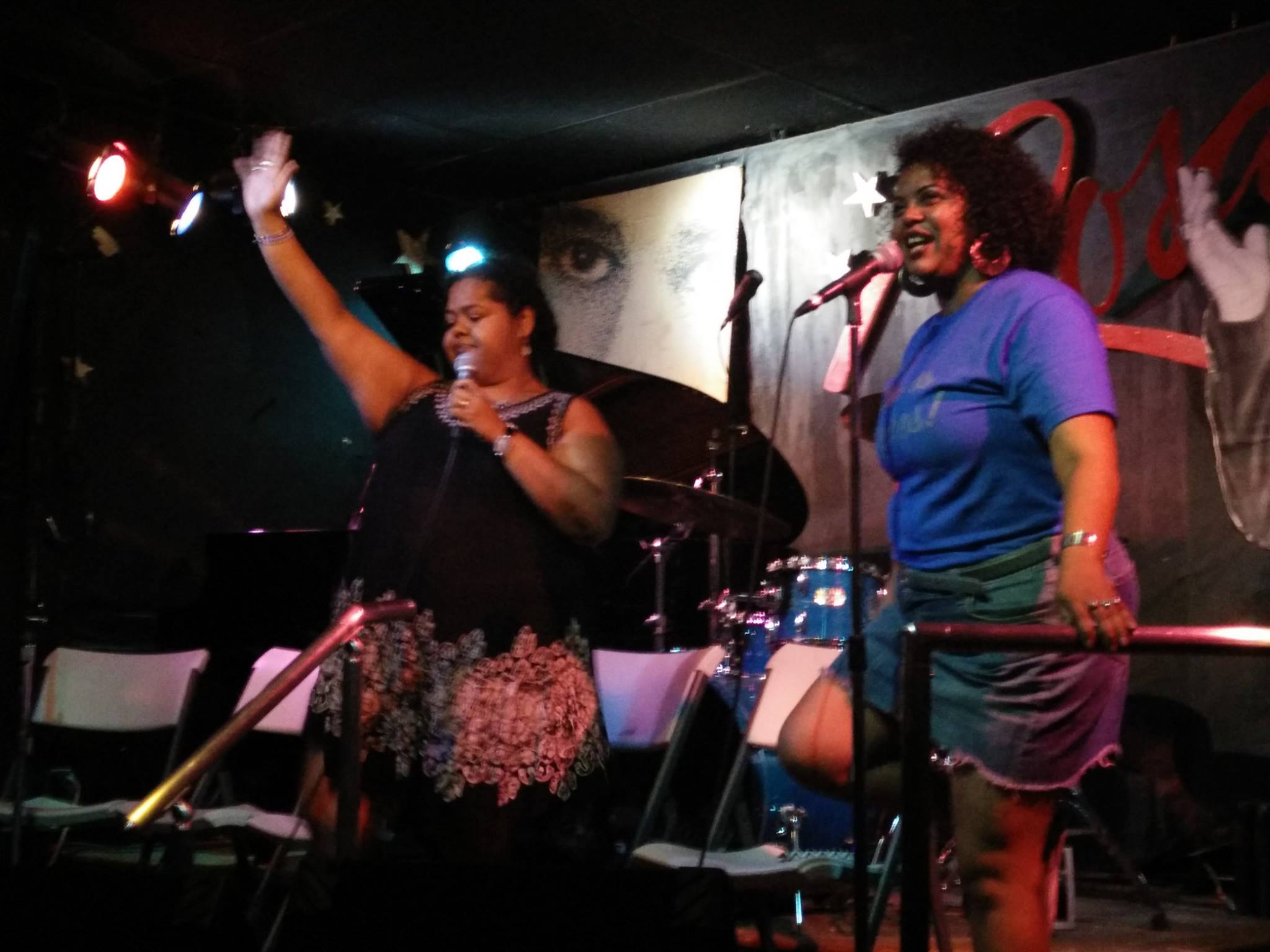 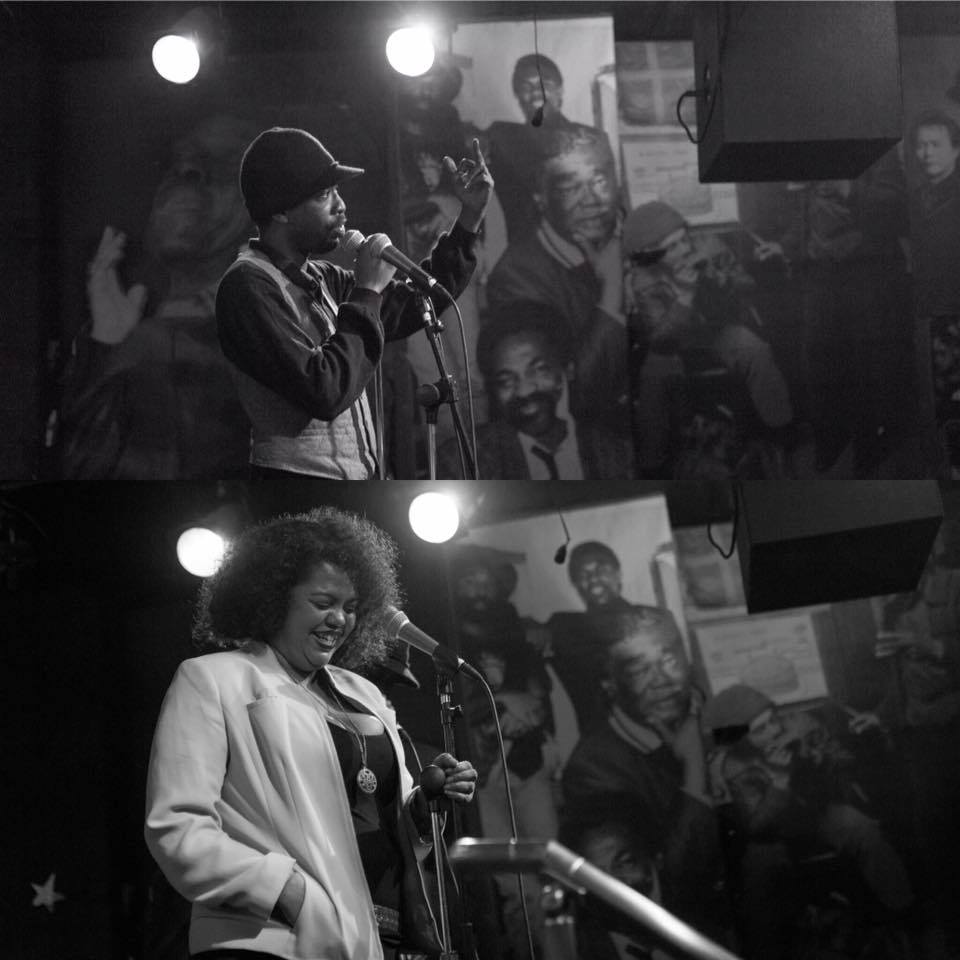