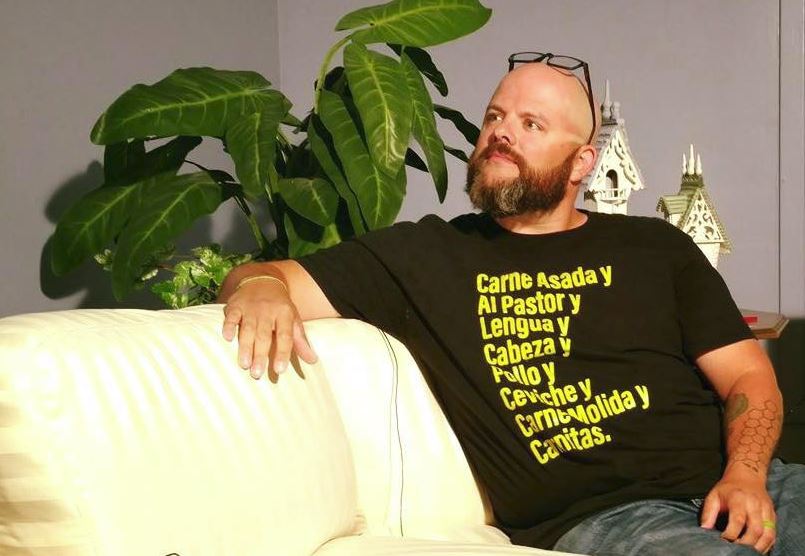 Today we’d like to introduce you to Joel Frieders.

Joel, let’s start with your story. We’d love to hear how you got started and how the journey has been so far.
My father and I met with a family friend about trying to build on a property we own on the west side of Aurora. We didn’t know the first thing about construction, so we were referred to Jeremy, as his general contractor skills have an amazing reputation.

Before I had even contacted this “GC” about the building, I attended a presentation by the City of Aurora’s Economic Development group, Invest Aurora. As seating was limited, I found a single open seat and wiggled my way through the audience and sat down next to a guy with dirty jeans. We immediately hit it off, although quietly and respectfully since the presentation was still going on in front of us.

As the presentation ended we stood up and the family friend I mentioned earlier says to me “Oh good, you met Jeremy!”.

Soon after this chance meeting, we started brainstorming on what could go into this particular building. Jeremy had asked if I had any ideas for tenants and I said no. But then I started listing off friends or acquaintances who I knew that had ideas of expansion, or who wanted to open a new business, or people who needed to relocate because they were too far from the toll way, etc… Jeremy asked if I wanted to set up any meetings with these people, so I did.

After close to two dozen meetings with potential tenants, Jeremy proposed we start something that married our two completely different skill sets. I happen to enjoy talking with people and finding out what their passions are and seeing people excited about things, and I understand how local government works. Jeremy is bloody amazing when it comes to construction of course, but he’s probably the most brilliant person I know when it comes to finances, conceptualizing business deals and structures, and deeply understanding every trade under the sun.

Jeremy is an encyclopedia on everything from building to real estate to finances to human psychology; he’s just not into this stuff, like answering your questions.

So we formed ELEMY (the EL from my name, and the EMY from his) in 2016 and consider ours the most vertically integrated development company on the planet.

We abide by two rules: Don’t be a jerk. And do cool stuff. We like to think we’re following through on the second by standing by the first.

Over the last year and a half we have put together a few different real estate portfolios (one we put on hold, one we executed), purchased a property in downtown Wheaton that Jeremy has been building that will open this year as Burger Social, facilitated the build-out of the new Endiro Coffee in downtown Aurora, entered into a redevelopment agreement with the City of Aurora on a property we are both enamored with in the old Franz’s Gym that will literally rise from the ashes in 2018, and we’re working with a handful of incredibly inspiring people who want to follow their dreams in opening their own restaurant or small business in the near future.

We’re always bombarded by how great it is to pursue your passion, etc – but we’ve spoken with enough people to know that it’s not always easy. Overall, would you say things have been easy for you?
No.

I think our biggest struggle as a new business has been delegating. While we don’t want to give away the farm, it is important to realize that we could be much easier on ourselves if we would just hand off certain tasks to either trained professionals, or we train someone to do it.

Another issue we have run into is that most people don’t follow our two rules (1. don’t be a jerk. 2. do cool stuff), and while there is nothing wrong with not following number 2, many don’t even realize they aren’t following number 1.

So, as you know, we’re impressed with ELEMY – tell our readers more, for example what you’re most proud of as a company and what sets you apart from others.
ELEMY is in a simple definition, a development company. We help put concepts in locations and find locations for concepts.

We take an idea and a budget and develop it into reality. Whether it’s building a coffee shop, a distribution warehouse, a doctor’s office, daycare, or manufacturing facility. Or maybe it’s trudging through government red tape to see about expanding your current concept into something you’ve never considered before.

We can’t really label something as broad as ELEMY without limiting it, so development is an extremely vague answer, but it’s general enough to leave the sky open.

ELEMY can be as simple as coaching someone improve their marketing or image, or drafting a business plan, or connecting someone with a banker that we trust, or finding a contractor who has done something specific before. Yet ELEMY can be as complicated as renovating a 6 story building and coordinating historical preservation resources and utilizing available tax credits while still keeping private industry as the push behind it.

ELEMY is most proud of the fact that we’re upfront about our two rules, and we’re following them to the best of our abilities. Not only do our ethics speak for themselves, they oftentimes teach us new and important lessons that, had we entered into a grey area and taken the easy road, we might’ve missed.

What sets us apart from others is that we’re available, and we’re interested in your ideas because our ideas can only come to fruition after you’ve made the decision to chase the dream.

So, what’s next? Any big plans?
ELEMY has always had plans for diversification, and while we aren’t publicly announcing anything world changing, we’re looking forward to changing the world, yes.

We’re actively adding subcontractors and team members for each of our projects as they come up, and we’re always looking for more people who would like to follow our two rules.