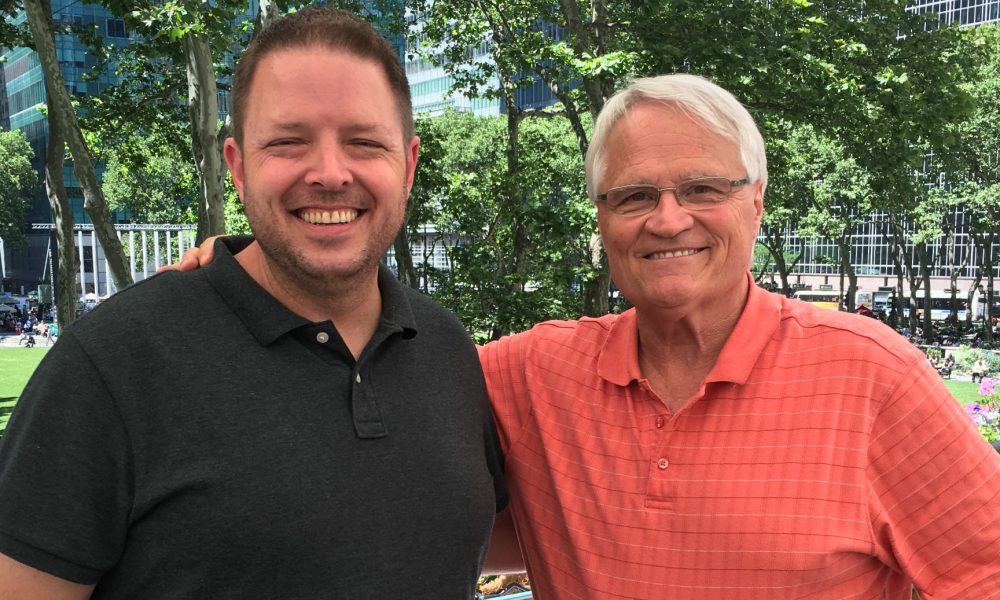 Today we’d like to introduce you to Dennis Orsinger and Steve Weber.

Dennis and Steve, let’s start with your story. We’d love to hear how you got started and how the journey has been so far.
Denny Orsinger: I was introduced to the out of home advertising industry through my employment in March of 1974 with 3M National (a subsidiary of 3M in St. Paul MN who at the time was the largest outdoor advertising company in the U.S). They were mainly a highway outdoor company serving interstates and highways throughout the United States. Eventually, they grew into metropolitan cities within the country. I was first hired into the Salt Lake Branch living in Colorado and my territory consisted of Colorado, western Kansas, and western Nebraska. I was also sent into other markets such as the Twin City area & North Dakota on special assignments. Eventually, the Black Hills of South Dakota was also added to my territory. Within time, we developed Denver as a new metropolitan market in which I was responsible for new sales. During my time with 3M, I was honored with several awards including Rookie of the Year, several achievement awards, earned several worldly trips, and was made “Commander” which was the highest sales award bestowed by the company for life. Towards the end of 1979/early 1980, I formed Orsinger Outdoor Advertising in Denver Colorado. I had financial backing from a customer owning several motels in the western part of the country. I reorganized into another financial partnership within the first year which also allowed me to become an entrepreneur into several other businesses I helped start or develop. Orsinger Outdoor was sold to Winston Network (TDI) of New York in 1982 where I was under contract for 3 years to help the Madison Avenue company grow the billboard side of their transit out-of-home advertising business. I served as Vice President of new business development from the Mississippi River to California and consulted to the President for acquisitions, special projects, and the billboard leasing side of the business. My employment ended in 1985 when I ventured into other opportunities within and without the outdoor business.

Several companies were started or grown ranging from developing a new outdoor company in southern California, water-bed chains from Des Moines to Phoenix, new business development involving limited edition picture decorations previously not available in big box stores, hub-cap retail stores along with wholesale distribution across the United States, and a startup of a new Indian Bingo in northern California which is now a full gaming casino. This took place from 1986 to the early 90’s. Businesses were eventually sold or divested and I spent some time in the on-premise sign business until 1993.

In 1993, I was involved with a major investment banker in the billboard industry. After almost obtaining a piece of a major billboard conglomerate that only failed due to the company restructuring because of drastically changing in the 12th hour, we purchased the major Hispanic outdoor company in Chicago. This was eventually sold to the largest outdoor company. 1996 started the ball rolling for Mixed Media Group, Inc. A year later another company I.O.C. Inc. was started to develop new billboard locations and sell them to the leading outdoor company of the time. Mixed Media continued to develop a proprietary product called “AdLites” which are back-lighted billboards decorated on translucent vinyl. AdLites are sold within a rotary program to deliver the biggest reach and frequency. They are located in the far northwest suburbs of Chicagoland and Iowa City Iowa. Mixed Media also has traditional static billboards and unique digital billboards in areas where the big 3 companies have none, giving the edge for regional and national advertisers. Mixed Media currently operates in 3 states, Illinois, Iowa and Michigan. I have also acted as a consultant to a financial entity of the outdoor industry through their research division for over 2 years which just ended.

Steve Weber: I jokingly say that Denny saved me from going into the military, but the full story has a lot more to it than that. I’m a computer nerd at heart. I went away to college for computer science during a time when most universities were still struggling to adapt their curriculum to newer technologies in the late 90’s/early 2000’s. It was extremely difficult for me to put my time and energy into classes that taught 50-year-old programming languages. As a result, I left school and started working for a friend that had a new Web Development company. After a few months, 9/11 happened and our world was changed. I wanted to serve my country. I looked into several branches of service and had my heart set on the Navy. Not wanting to make any rash decisions, I took a week to think and pray about the situation. During that time, the mother of one of my good friends gave me a call to ask if I had any interest in a job back at home. A guy that lived in her neighborhood was in need of a computer guy. I took it as a sign. I drove back home to interview with Denny and he told me I had the job on the spot. I drove back to school, packed up all my stuff, and moved back to Cary 3 days later.

I never imagined myself in the outdoor advertising business when I was younger and quite frankly knew NOTHING about it. 16 years later and I still receive a crash course on business & marketing every single day I come to work. I’ve been involved in every facet of the business from leasing property, governmental relations (permitting), construction, sales, graphic design, planning/charting, and even installations.

We’re always bombarded by how great it is to pursue your passion, etc – but we’ve spoken with enough people to know that it’s not always easy. Overall, would you say things have been easy for you?
Denny Orsinger: No road is smooth in business. Business itself is a series of problems or obstacles needing solutions. Funding is always half the problem. Selling the right venture or bank is a huge educational process. Advertising being intangible is quite different when relating to money people. The outdoor industry constantly struggles with governmental issues of planning, zoning and finding areas to develop that are worthy to advertisers.

Steve Weber: There have been many ups and downs in the business. When I first started with Mixed Media our primary customer category was home builders and businesses relating to homes (real estate agents, mortgage brokers, remodelers, etc). When the housing bubble burst in the late 2000’s we had to essentially rebuild our business from the ground up with new customers and categories. On the development side, it’s a never-ending uphill battle. Our primary goal is to provide advertising to local businesses that will increase their sales. Unfortunately, many people involved in government have never been in business for themselves and don’t understand the need for a business to advertise. No matter what side of the business we’re working on, our job is one of constantly educating.

So, as you know, we’re impressed with Mixed Media Group – tell our readers more, for example what you’re most proud of as a company and what sets you apart from others.
Denny Orsinger: We like to focus on local businesses, but do cater to larger segments due to the coverage we can offer. All of our displays are illuminated 24/7 making us the lowest cost per thousand in any of our markets where we have a large market share. Our rotary AdLites are unique and our digitals in Chicagoland’s far northwest suburbs deliver a huge commuting audience. Digital advertising has changed out of home immensely. You now can change messages anytime you wish with your schedules.

We educate businesses on how to integrate outdoor into social media. We drive websites better than any other media and it’s documented by Nielsen a leader in media measurement. Media is changing daily. Entertainment is dissected among many new medias. All media companies are now selling “digital” in addition to their traditional media allowing them to measure results. We are now using popular measures to document our results and how they play a major factor in driving new media and websites. This involves a lot of education. We can deliver a lot more bang for the buck by being creative and knowing how to be synergistic with today’s needs. You can’t turn outdoor off, record it, bypass the commercials, etc. We are in front of your daily driving habits delivering the best frequency to your market. You have to be aware of products and services before the internet does it’s good. We create “apostles”, as I refer to them, to spread your message.

Steve Weber: I think Denny covered it pretty well. The one thing I want to highlight is our creativity. When we’re given the reigns, we will come up with ideas that will have a dramatic impact on business. One example I like to highlight is a travel agent that used our digitals last winter. They were getting co-op funds from Apple Vacation to feature 4 different Secrets Resorts (Costa Rica, Cozumel, Cancun, and Playa Mujeres). Apple’s agency provided the copy that featured each resort. It looked nice but quite frankly it was boring. Since we were doing this campaign in the dead of winter we came up with a tagline for each Ad: “Time to Get Away?”. With that, we had a box showing the local temperature (which was below 30 for most of the campaign) and a box that displayed the local temperature from each resort. Putting those stark contrasting temperatures in people’s minds and asking them if it’s “time to get away” had a far bigger impact than a pretty picture.

So, what’s next? Any big plans?
Denny Orsinger: We do have some ideas of expanding our digital business into distinct markets. It takes finding the right people to help it grow. This is the hardest task, especially in today’s environment.

Steve Weber: There are many ways in which we can grow our outdoor business through integrating new technologies and partnerships. I am most looking forward to growing our network of digital displays.

Early photo of Orsinger Outdoor. Denny standing in front of a billboard being hand painted in the shop

Denny with his Grandkids

Steve in front of one of our digital displays after construction