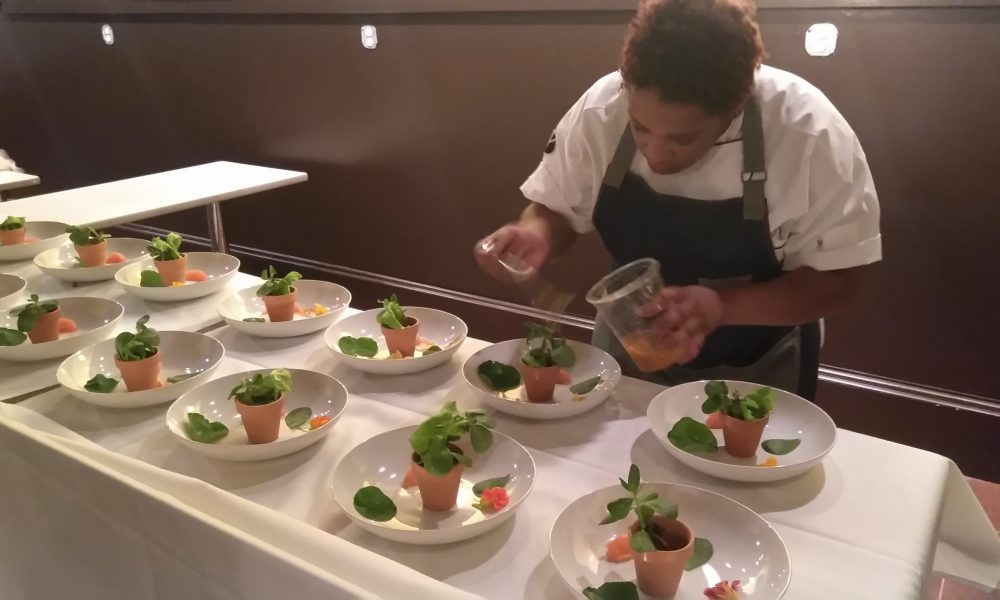 Today we’d like to introduce you to Chef Q Ibraheem.

Overall, has it been relatively smooth? If not, what were some of the struggles along the way?
Not a smooth ride. My failures have been my road map. Being a woman in a field dominated by men is crazy. Being a black woman is difficult. All people have biases. Social, cultural, class, sex. I was often subjected to what I call “The 10 o’clock news beliefs,” this is where many have formed an opinion without ever actually having any interaction. I’ve been payed lower than what a salary for a male would be on a national average. I’ve been asked to do 2 jobs for the pay of one. Actually 2 jobs with two different titles. I’ve been excluded form executive meetings when I was leading an executive team. The worst was being called a Nigger in front of my whole staff by an older white general manager and contacted HR, who flew to Chicago to do an investigation. After 2 days I was called into the office and two older white males who were both Regional VP + Regional President. The VP said “Haven’t you ever made a mistake?” I could only respond “Yes, I have…investing my time & talent in this corporation.” I walked but wasn’t financially prepared to leave, it hurt deeply. I’m a black woman with an Arabic name, clearly in this country one might say the odds are against me. It would be easier to market myself by denying my culture but actually I’ve enjoyed embracing both!

Alright – so let’s talk business. Tell us about Teertsemasesottehg – what should we know?
Catering, culinary instruction, couples classes, demos, garden demos, underground dining, workforce development, mentorship, I specialize in building community. I most proud of my employees, their backgrounds and how professional they are. My work ethic is insane, I’m working for myself there are no days off and I don’t want any. My professional standards are unparalleled. I only care that our guests are overwhelmed with the experience

Any shoutouts? Who else deserves credit in this story – who has played a meaningful role?
My family has been my biggest fans. My mother and 2 brothers wouldn’t let me quit. They have supported me at every turn. Every failure, every job loss, I’ve never know how to ask for help, but it was my small family said “he bravest thing a person can do it ask for help when they need it” I’d call Chef Edison my mentor. He always reaches out, listens to my questions, he travels the world but always responds when I have a question or get stuck. He doesn’t care about my fears. He’s like suck it up. Do it…trust your balls…that’s the funniest, I’m like what balls chef? He says I’m stronger than most men. I think most women have to be.