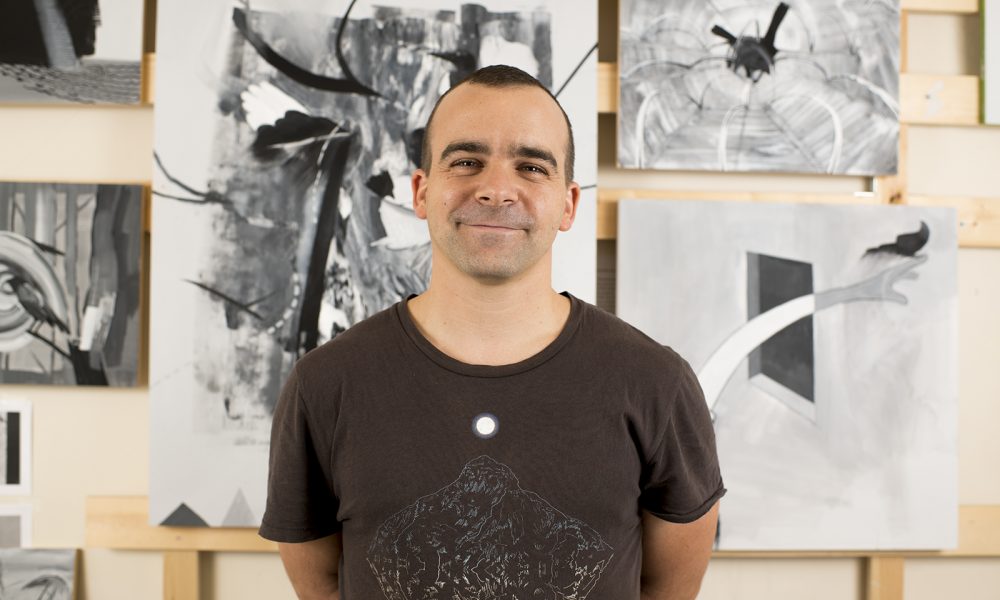 Today we’d like to introduce you to Adam Grossi.

Adam, please share your story with us. How did you get to where you are today?
I’m an artist, writer, and yoga teacher. I’ve been drawing my entire life, and my professional degrees are in studio arts — I received an MFA from the University of Illinois at Chicago in 2009 with an emphasis on painting and drawing.

During the last weeks of my junior year of undergraduate education in Pittsburgh at Carnegie Mellon University, I experienced a manic episode with intense psychosis. I was institutionalized for a month. That was the beginning of my dialogue with bipolar disorder, at age 21. I’m now 37 years old. When I was diagnosed I was told that I would need to be on medication for my entire life, and that is essentially the extent of the treatment for my condition. Convinced there had to be some other way of navigating life other than dulling my cognitive capabilities through pharmaceuticals, I began exploring yoga and Ayurveda.

When I came to Chicago for graduate school in 2007, I started taking weekly yoga classes. After my first year, I started practicing three times a week, and eventually, I began a daily practice of yoga postures and breathing practices known as pranayama. By the time of my thesis exhibition in April of 2009 — a display of six large-scale paintings — I had weaned myself completely off of medication and was relying on my yoga practice for emotional and psychological stability. I’ve now been off of medication for over 8 years, and very healthy during this time.

When it became clear that this alternate route was working for me, I knew I wanted to publish a book about my experience in case others who have or treat bipolar disorder might find it useful. My book Wind Through Quiet Tensions was edited and designed by Chicago artist Matt Austin and published in a small run by The Perch, a Chicago creative platform for social exchange. When the first run sold out, we reprinted it with Candor Arts, where the book is currently available.

I began teaching yoga in 2011, and since then my teaching practice has expanded into various venues throughout the city. I teach four classes a week at Tejas Yoga in the south loop, where I was trained by Jim Bennitt and James Tennant. I also teach twice a week at Nature Yoga, and at FFC Lincoln Park. This semester I’ve been teaching yoga as a supportive therapy and philosophy to first-year art students at the School of the Art Institute of Chicago as part of their Breathing Room program.

My painting practice has remained steady through all of this transition. I worked for several years out of the studio building Mana Contemporary in Pilsen. After realizing I wanted my studio in my home, I moved into an apartment in Lakeview where I could make that happen. Being close to the lakefront is also great therapy for me, and in the warmer months, I commute via bike along the majestic lakefront trail.

We’re always bombarded by how great it is to pursue your passion, etc – but we’ve spoken with enough people to know that it’s not always easy. Overall, would you say things have been easy for you?
Is any road smooth?

The most obvious struggle has been with my mental health. At first, in my early and mid-twenties, this was often overwhelming. In retrospect, I wouldn’t have had it any other way. Bipolar disorder has been a very profound teacher, alternately humbling, grounding, inspiring, and terrifying. Without it, I never would have ventured so deeply into yoga, and yoga has, in turn, transformed every facet of my life.

Since I have always chosen to follow my passions in my professional life, money has always been a challenge. I’ve long considered that I always have the choice between financial stability and creative freedom, and I have always chosen creative freedom. So, on one level, I have gotten what I signed up for! As I get older, it’s getting a little easier. And it’s been good training to not have heaps of money to fall back on; financial pressure has caused me to innovate and problem solve, and to develop new methods of reaching audiences and sharing my work.

Figuring out exactly where I land within the context of art, and also yoga has been slippery. I have an MFA from an amazing institution, and I’ve largely forged my own path outside of an academic setting since then. There have been significant internal hurdles I’ve had to clear. For a long time, I was worried about what certain influential professors would think about how I was approaching my career, in particular with regard to the marketplace.

As an independent maker, I’m responsible for promoting and selling my work, and those are areas that were not only ignored in my art education, but I think they are largely dismissed in an academic art environment. I internalized that pretentiousness, this notion that waiting for the art world’s gatekeepers to validate and support me was the only path of integrity.

But my path has been non-linear, and at a certain point I just started to trust that, that my instincts about my work were reliable, and that if something felt right to me, I could do it, and if it didn’t, I wouldn’t. And that’s been working very well for me — just trusting myself. I think that has taken a long time to develop.

We’d love to hear more about your business.
I’m not really a company. I’m a fellow who teaches yoga classes, writes, and makes paintings.

I’m most proud of the way my values have shaped the path I’m on. I teach yoga in precisely the way I believe it is most effective. I make paintings exactly how I envision them manifesting. I write and speak the words that clarify and express my real feelings about the world and my place in it.

What were you like growing up?
I was an incredibly square little dude. I was good at school, good at sports, proficient at drawing, and I mostly did what I was told. I spent a lot of my energy playing basketball. I think I modeled myself after kids who were respected in Reston, a suburb outside of DC, where the ideals were maintaining self-control and keeping your chin up. I did make some attempts at social critique through visual art as a teenager via cartoons and didactic paintings. They were, as you might expect, beyond terrible.

For a while, I used the suburbs as a convenient archetype in my work, but I’ve come to realize that suburban development is far more complex than my early generalizations afforded. What I was actually interested in was the general psychological impulse to run away from, ignore, and self-deceived. And of course, a city is just as convenient a place to observe this as any suburb might be. 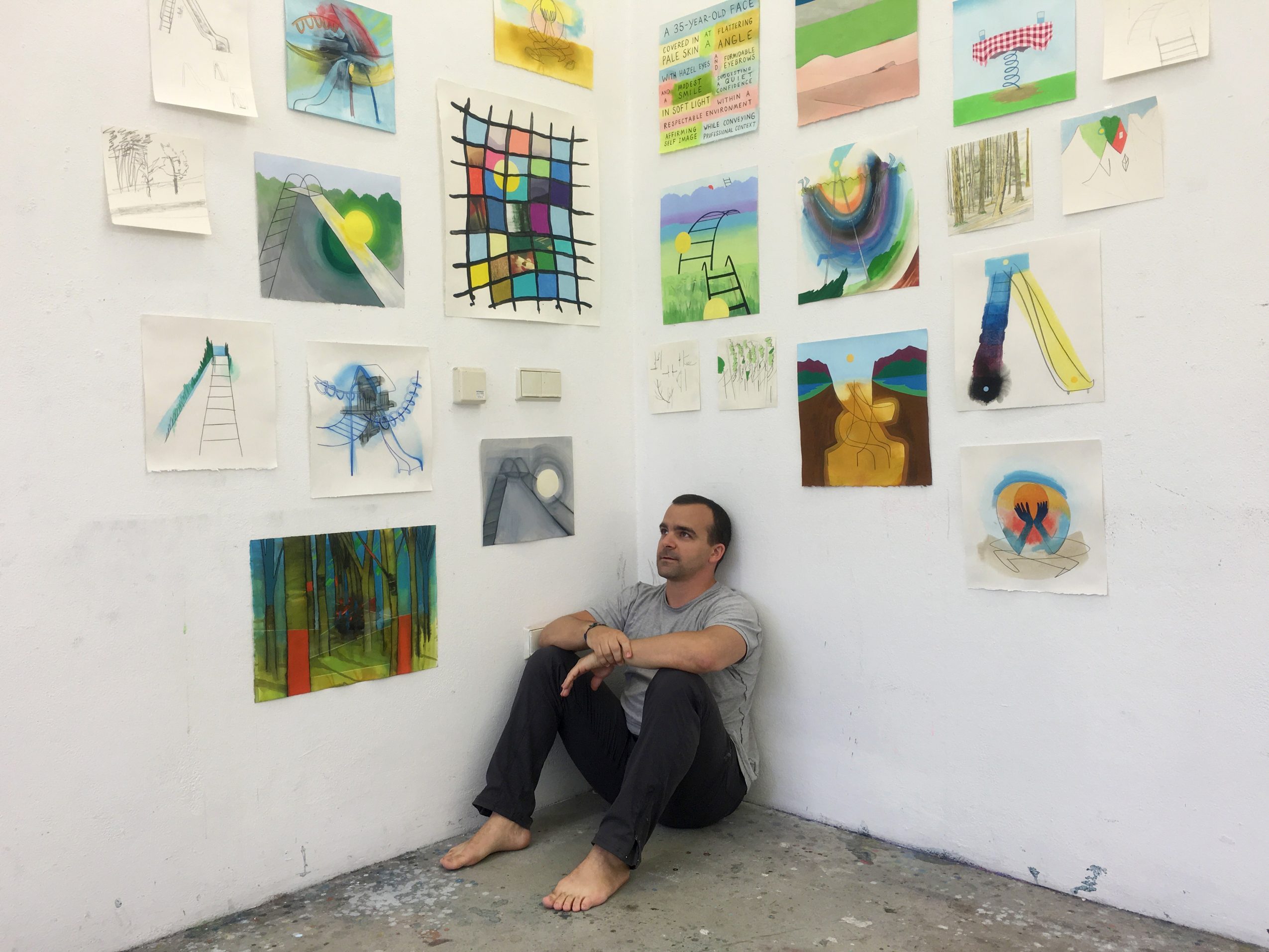 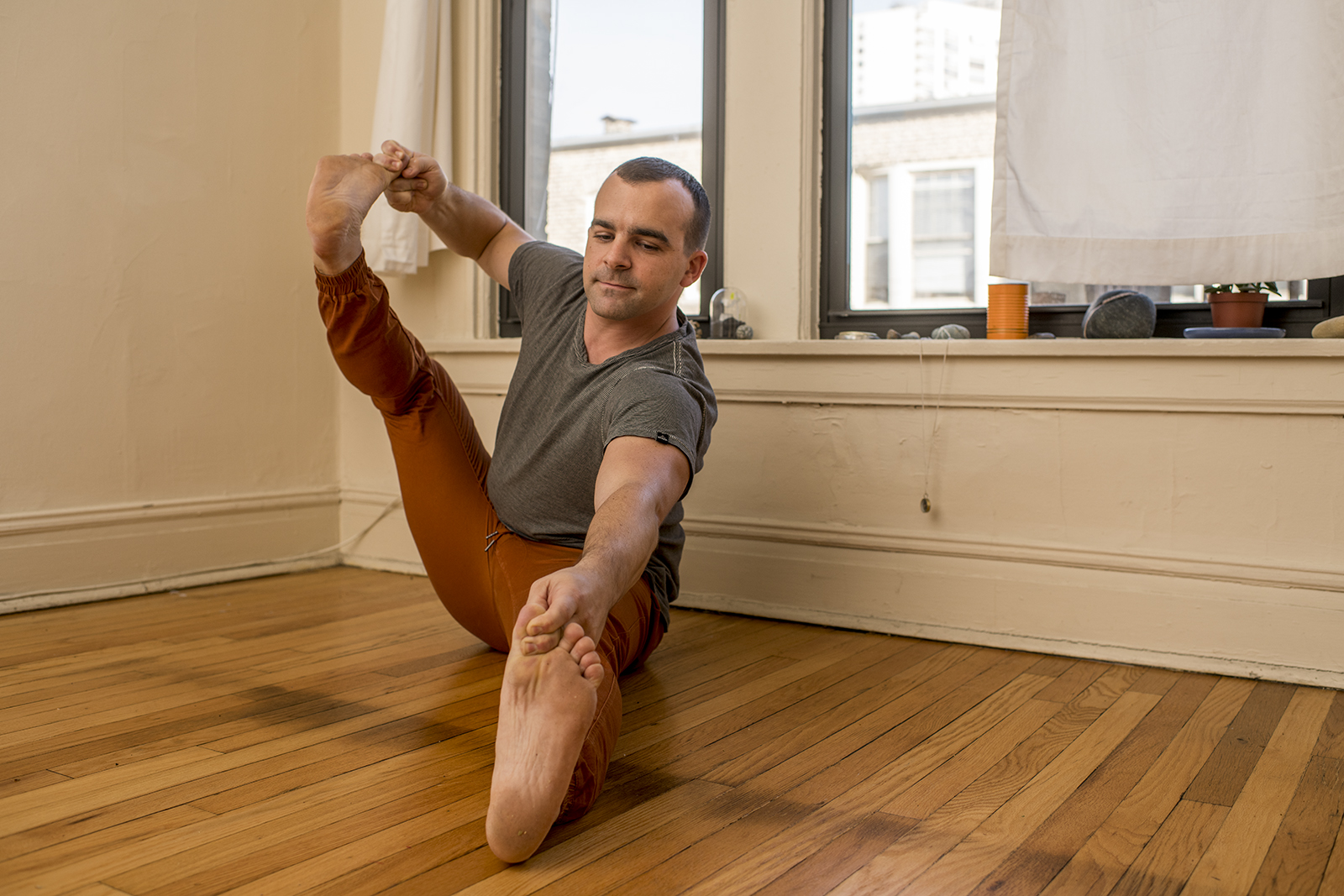 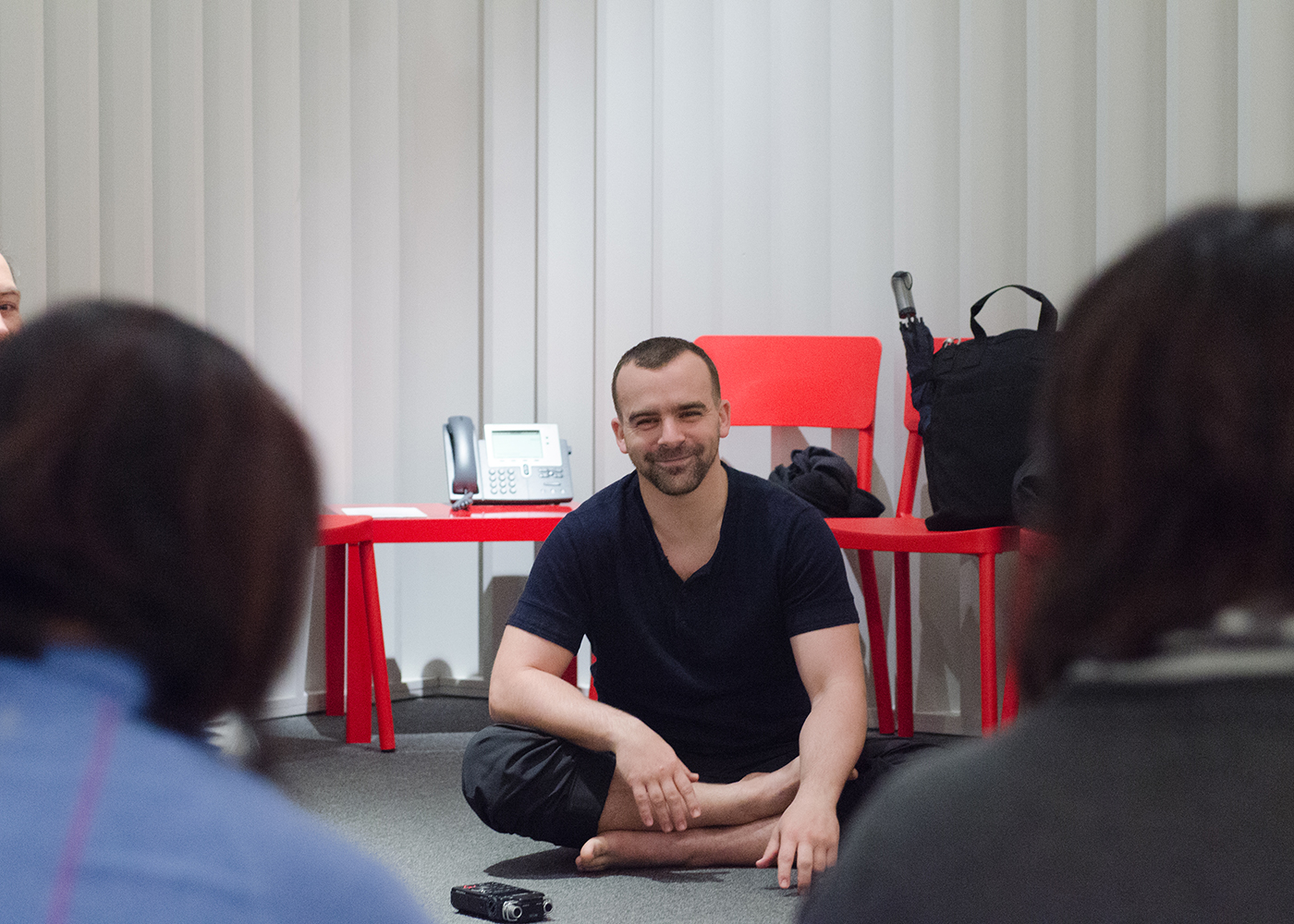 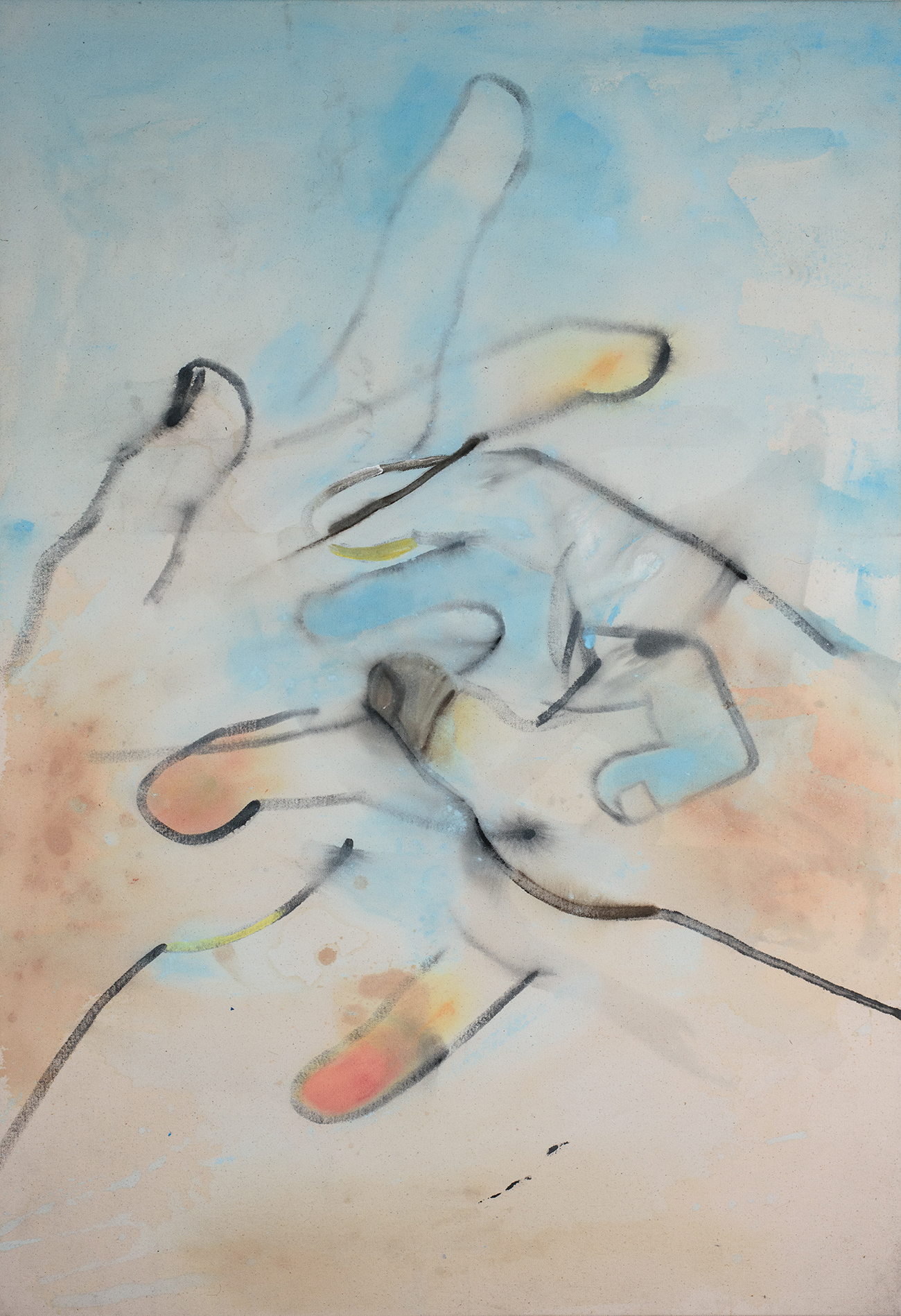 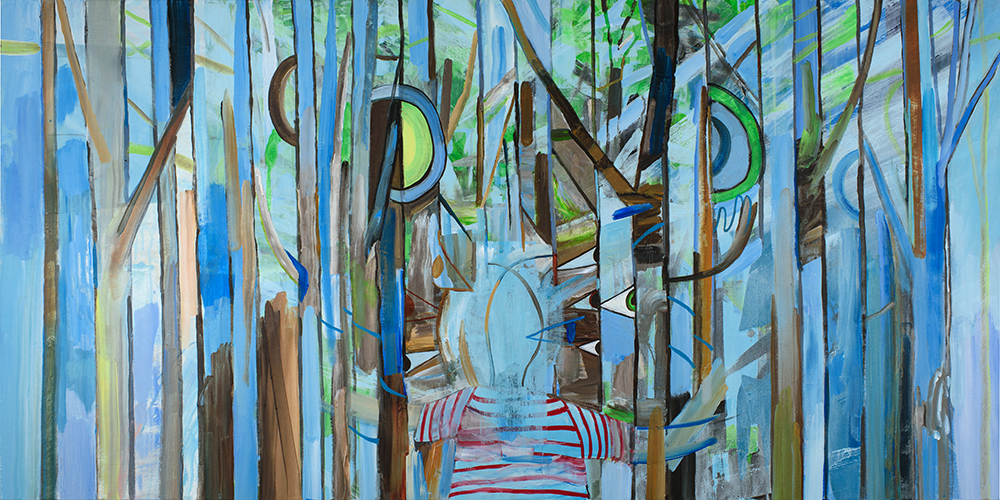 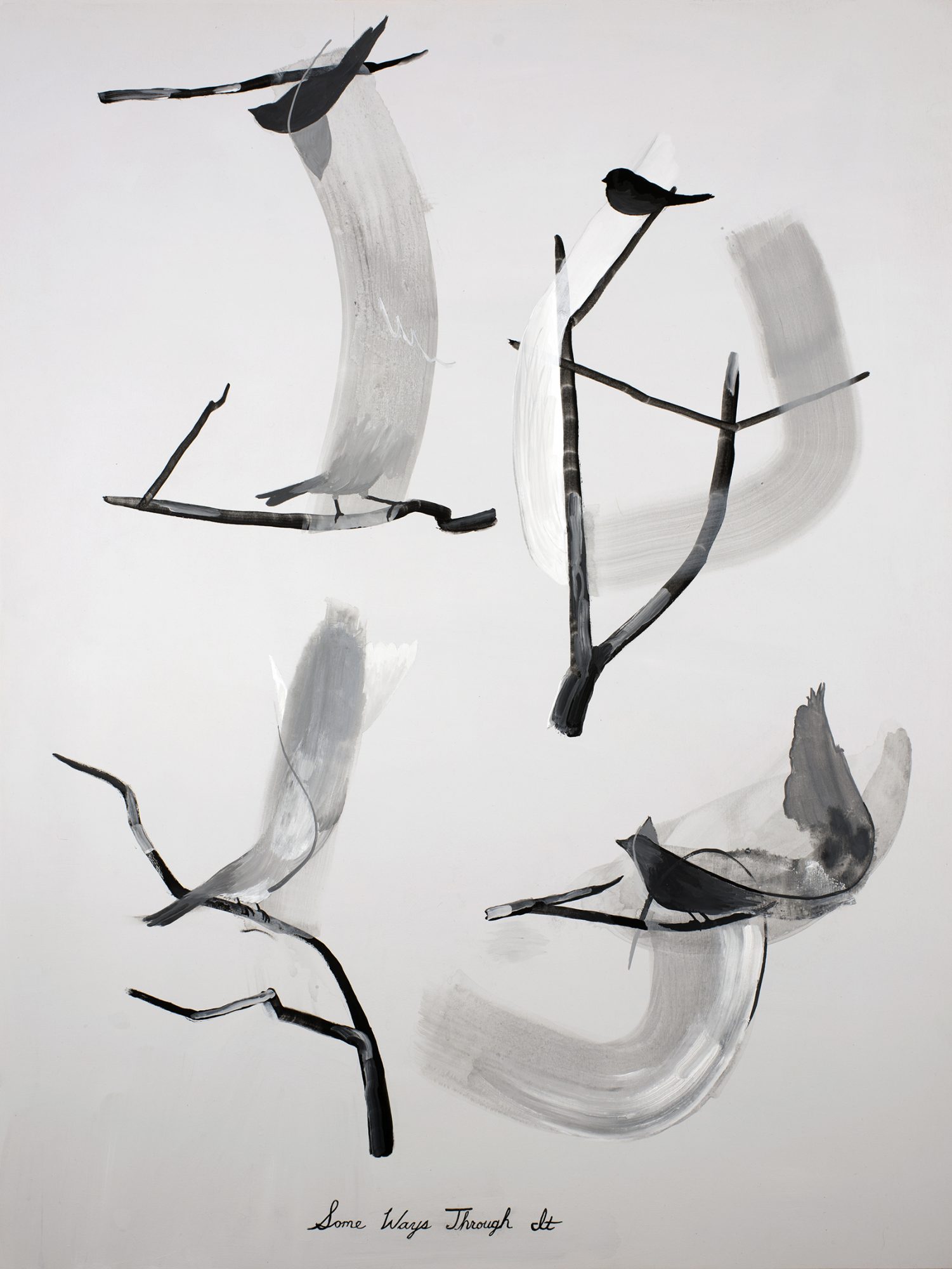 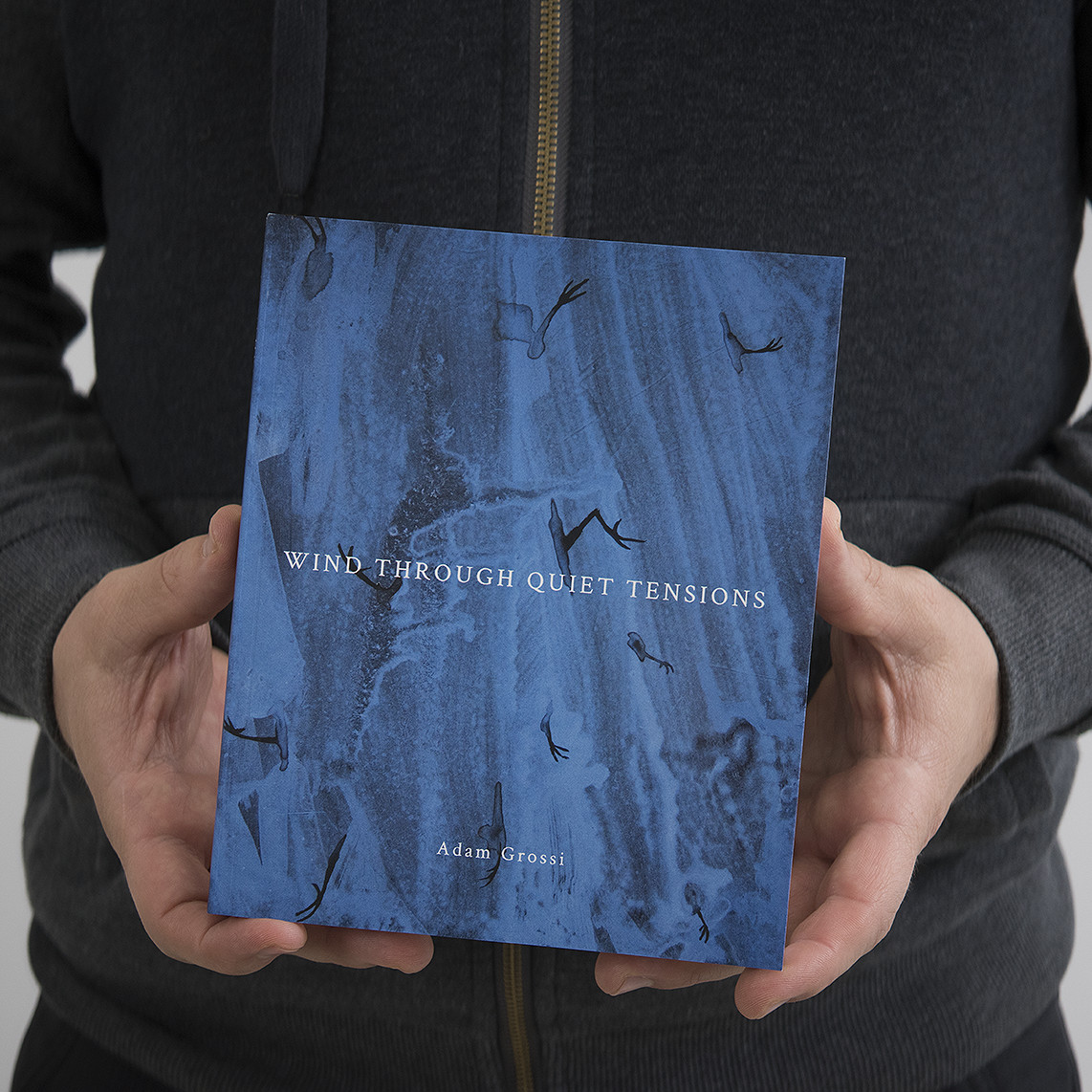