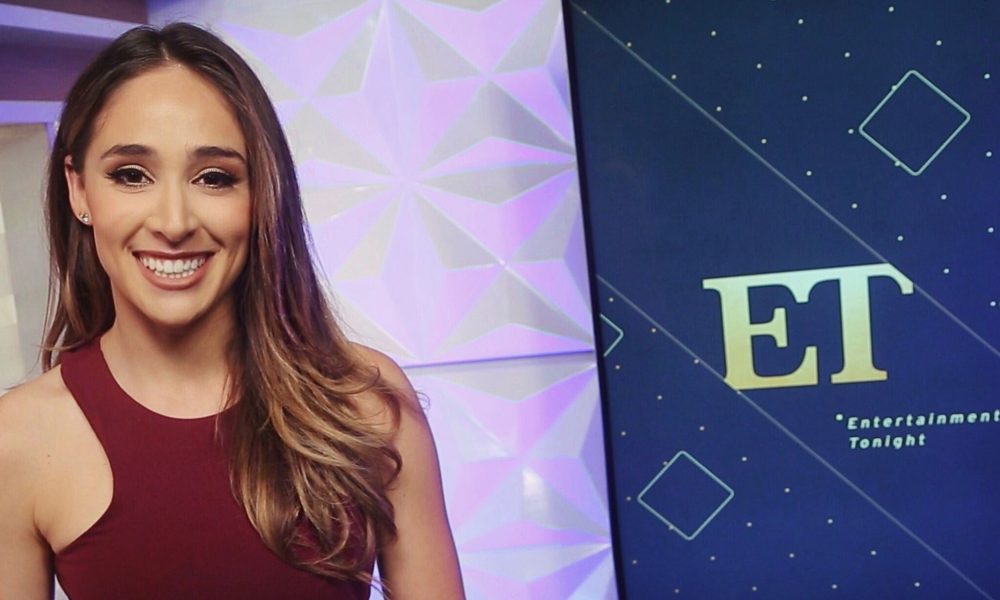 Today we’d like to introduce you to Danielle Robay.

Danielle, please share your story with us. How did you get to where you are today?
I’m currently a co-host on WCIU’s The Jam! We are on from 6-8AM every weekday on WCIU. I grew up in Glencoe, a suburb of Chicago, singing, dancing, doing theatre. I have always had a deep love for the arts and an immense respect and admiration for artists of all kinds. My senior year of high school I interned at B96 and knew I had to work in the entertainment sphere.

When I got to college at UW-Madison I majored in Political Science and Radio, TV, Film.
I worked at FOX47 in Madison, Wisconsin and during the summers interned at ABC 7’s Windy City LIVE, CelebTV, WLS’s Roe & Roeper in Chicago. When it came time to graduate I applied for jobs in small news markets as well as digital positions in LA, NY, & Chicago. But I had always wanted to live in LA. It was the hub of entertainment! And I felt the television landscape slowly shifting towards digital. With a bunch of clothes from college, a few reporter’s notebooks, and a lot of naive confidence, I booked a one-way ticket and moved into a garage in Santa Monica. My grandparent’s friends let me live there for free for three months, so I knew I had those three months to find a job. My mom dropped me off, I looked around at the garage and started crying, thinking what in the world had I done? I didn’t know one person in LA…I had no friends, no family, and I lived in a garage that housed only a bed and a microwave. I took a walk about a mile to the beach, looked around, and realized I was on an adventure and I had 3 months to figure out how to turn this place into a home.

I started cold e-mailing and calling digital outlets and landed my first red carpet gig with one of them. One red carpet turned into many, and freelance life began. From there, I began working full time at Clevver TV which was one of the best experiences ever. The other hosts that worked there are so talented and I truly treasure our friendships and the time I spent learning and laughing there. I then started working as the station host for NBC-LA, followed by Entertainment Tonight Online. Sprinkled into those years I had some amazing experiences guest co-hosting shows like VH1’s Morning Buzz with Nick Lachey, working as a recurring contributor/ millennial voice on HLN’s Dr. Drew, and as an LA correspondent for Good Morning Britain.

In May of this year, I moved to Chicago to co-host The Jam, a brand new morning show on WCIU! It’s truly a fresh take on morning TV and we are having so much fun waking up in Chicago in the morning.

Great, so let’s dig a little deeper into the story – has it been an easy path overall and if not, what were the challenges you’ve had to overcome?
Is it ever a smooth road? It definitely hasn’t been for me, but I’ve really learned to appreciate and honestly have immense gratitude for the struggles and challenges.

Previously, I worked at Entertainment Tonight Online and I used to stay late when everyone left. They had this amazing database of 20 to 30 years of interviews. I love J.Lo so I would watch some of her old interviews. I heard her say that her first major job was “Selena.” She had to do, something like 10 auditions for it. Her manager called her and said, “You got the job, but damn, it’s never easy for you.” It was then that I realized that the struggle makes you better. It makes you better at your job, more resilient, more creative, and hopefully more impactful when the time comes to tackle the next adventure!

Alright – so let’s talk business. Tell us about Danielle Robay – what should we know?
I am a TV Host & Entertainment Reporter. I consider my brand of journalism “cerebral entertainment.” I can go from talking about the nine Supreme Court Justices, and all seven Kardashians (eight, if you count Rob’s daughter) in the same hour. I think a lot of women are the same way- we want to talk about what’s going on in the White House and at Sephora. I specialize in a candid commentary that traverses that spectrum.

My overarching goal is twofold – I want to add value, both in front of and behind the camera. Just like Barbara Walters did for earlier generations of women, I want to help transform our generation’s relationship with media & pop culture. The images we see and conversations we have impacts us greatly. I want to create content that adds value, inspires us, challenges our deepest assumptions. However divided we are as a country, pop culture still links us together: We’re all tapped into the same network of stories, which, if we let them, can transcend our racial, sexual, gender, geographic, and socioeconomic differences. And that’s POWERFUL.

Is there a characteristic or quality that you feel is essential to success?
Curiosity, kindness, fortitude 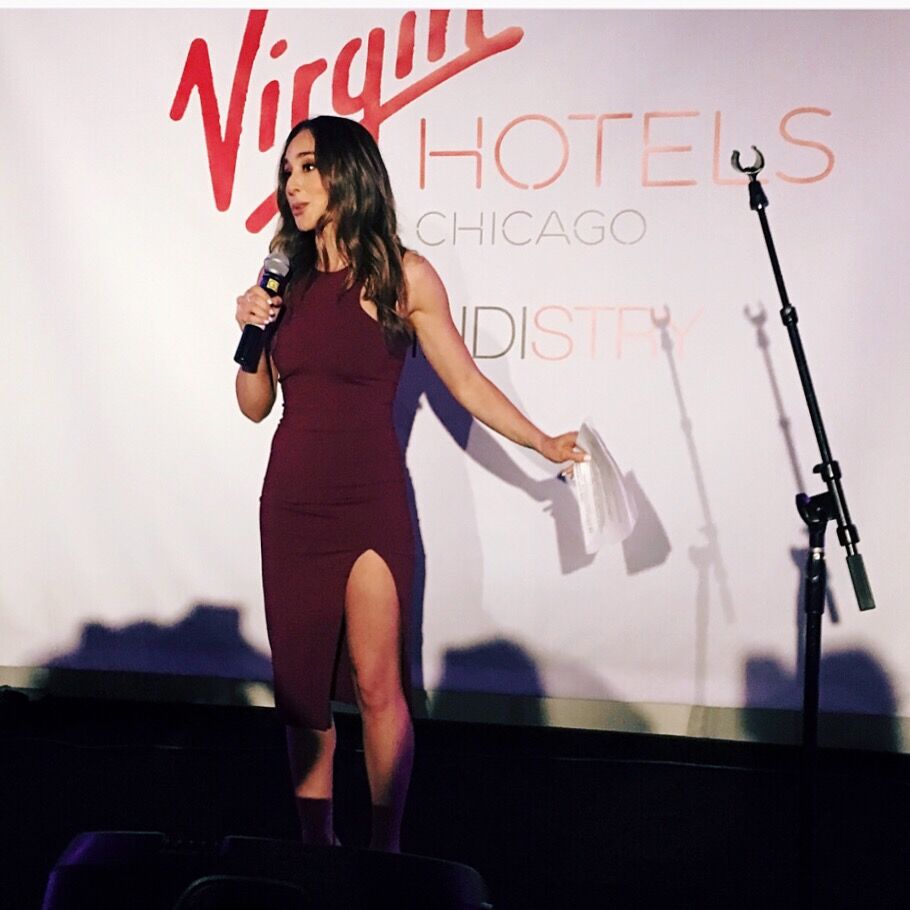 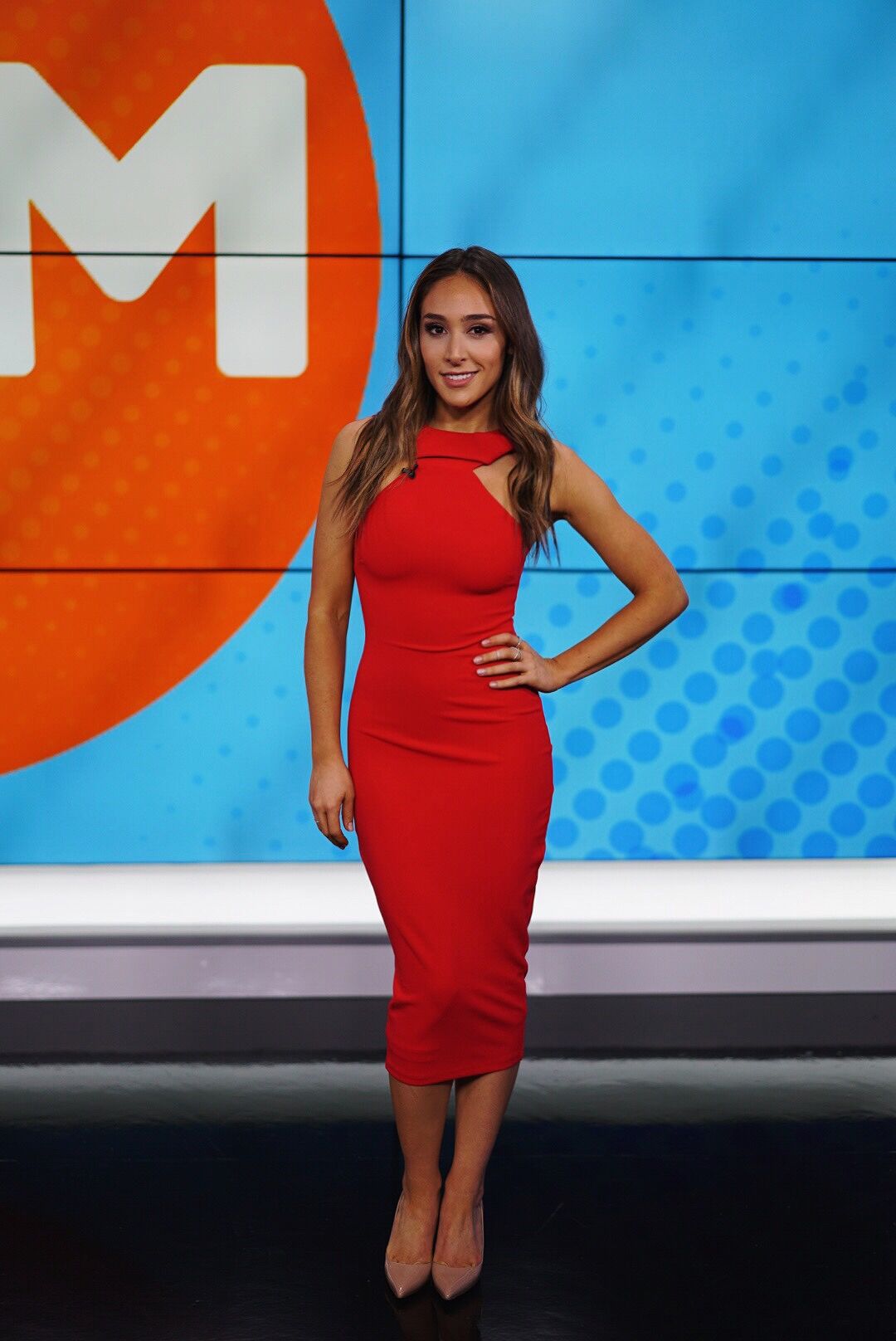 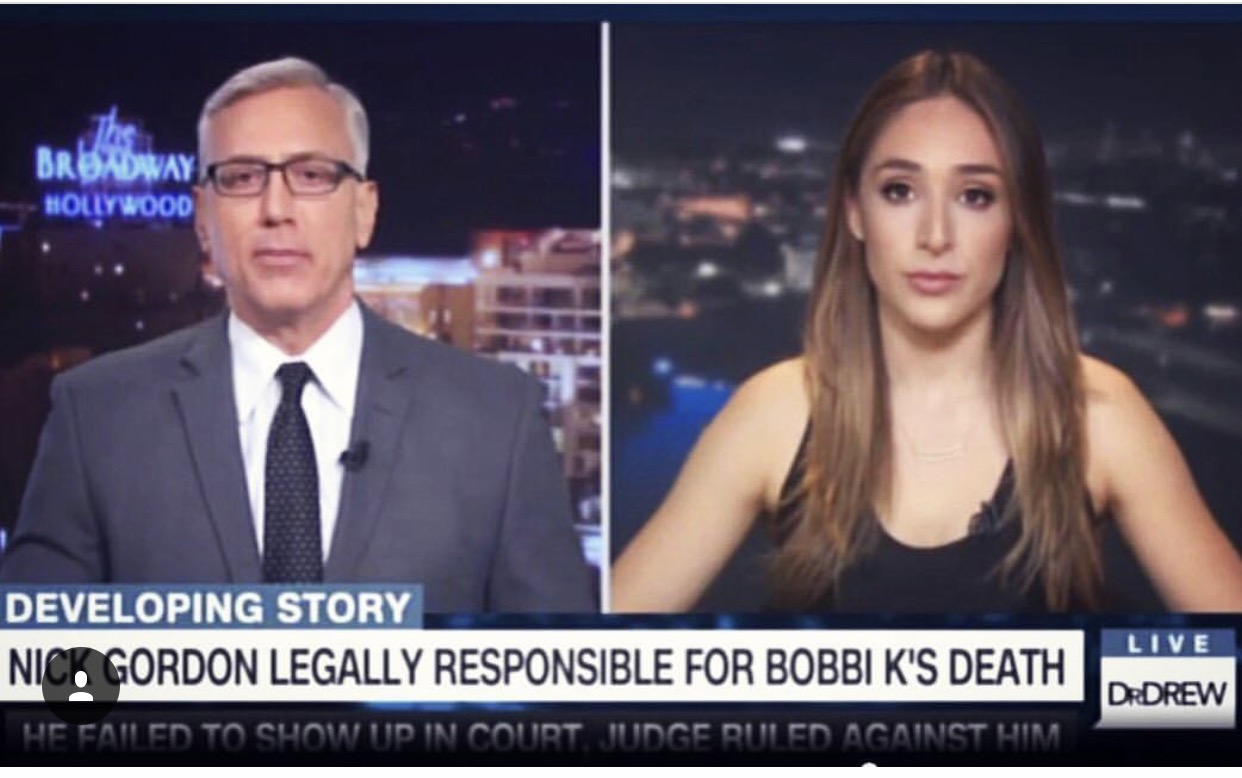 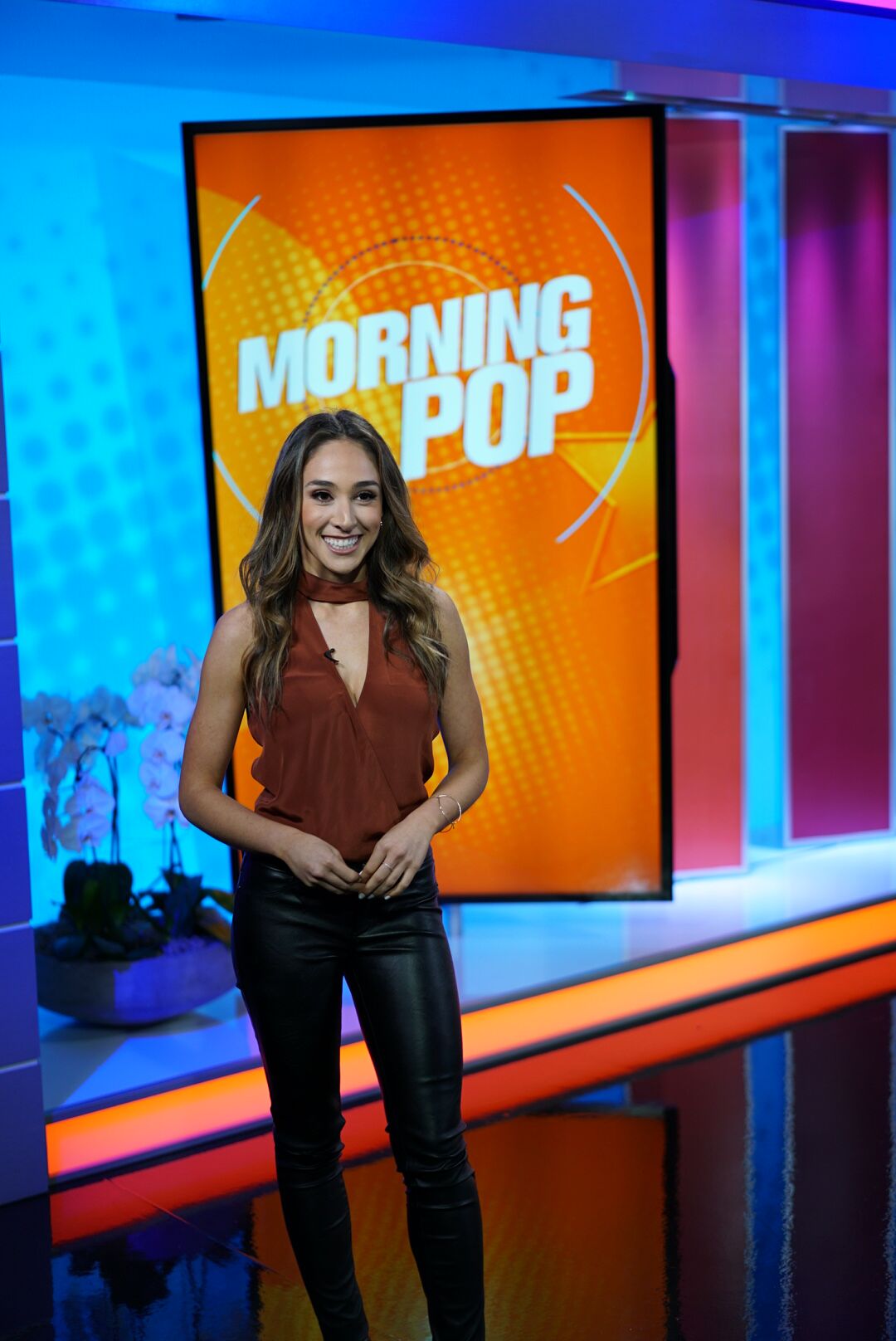 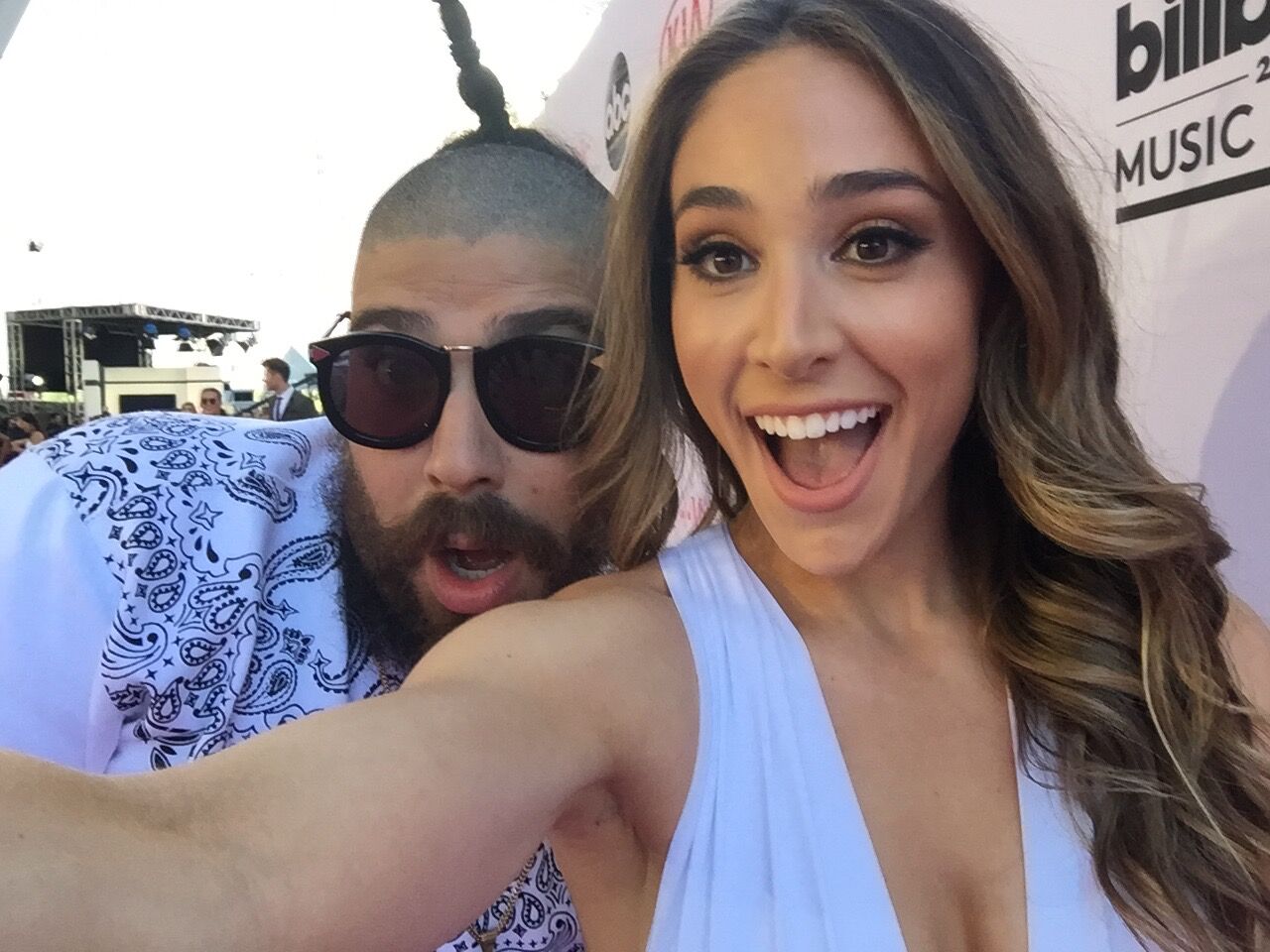 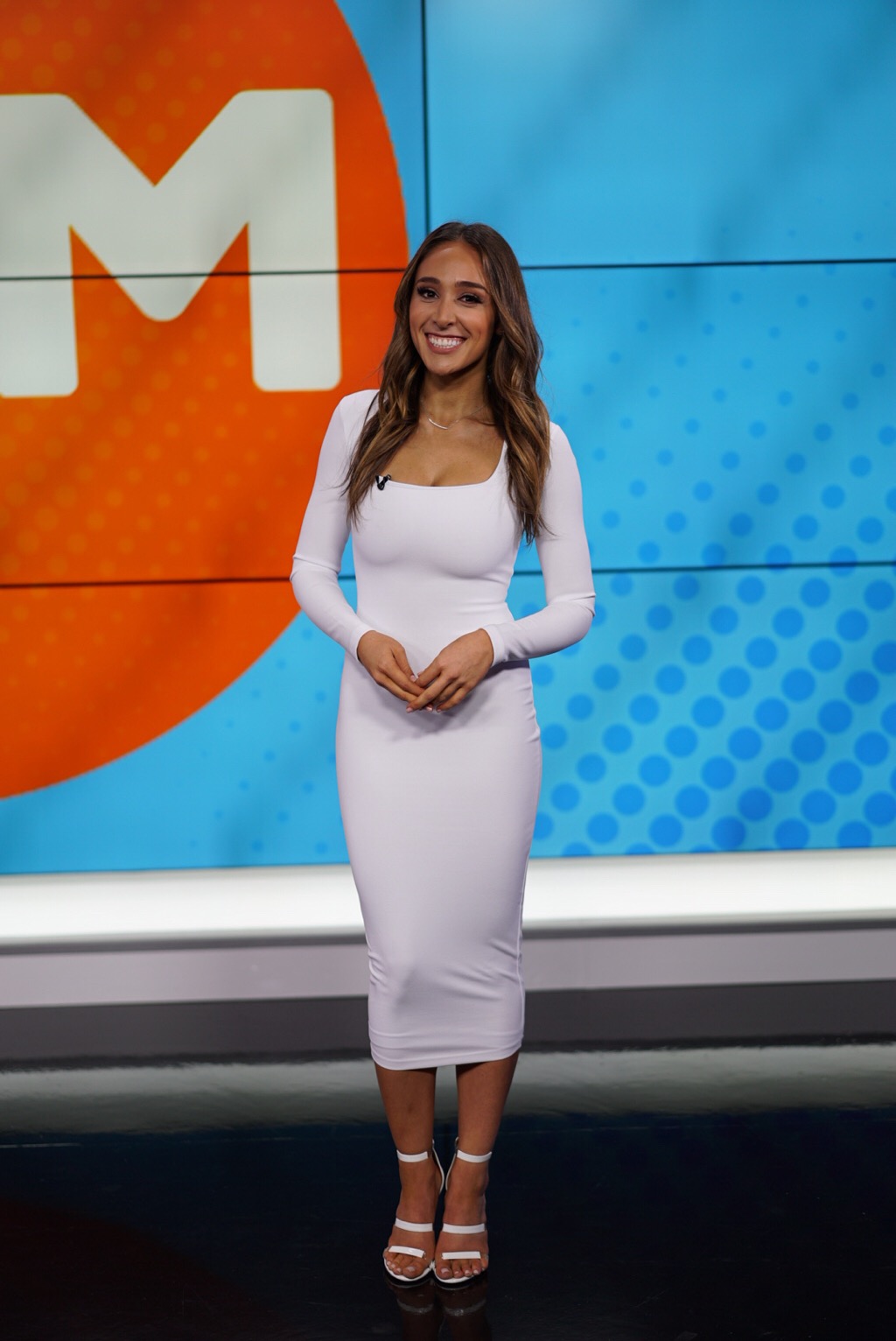 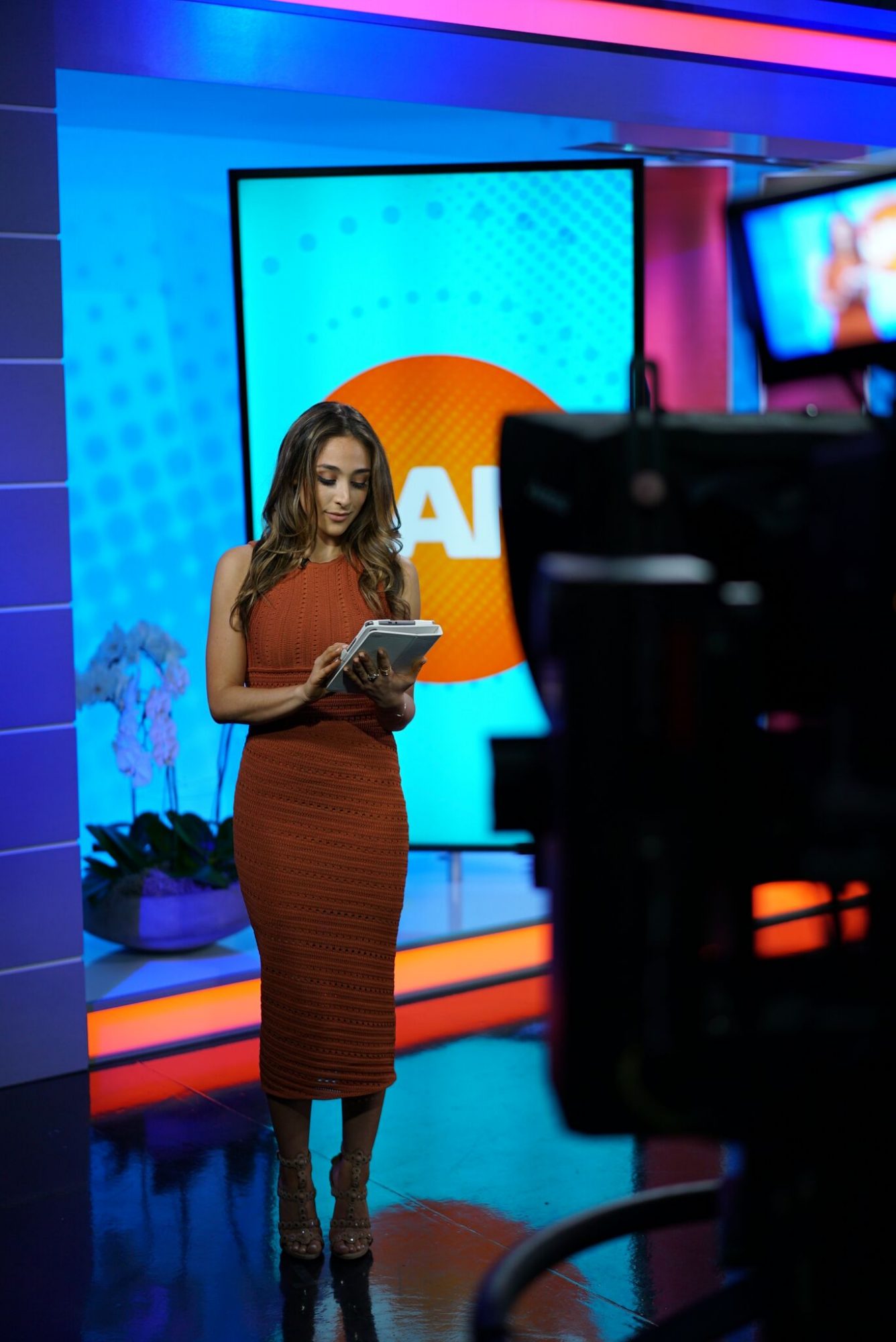 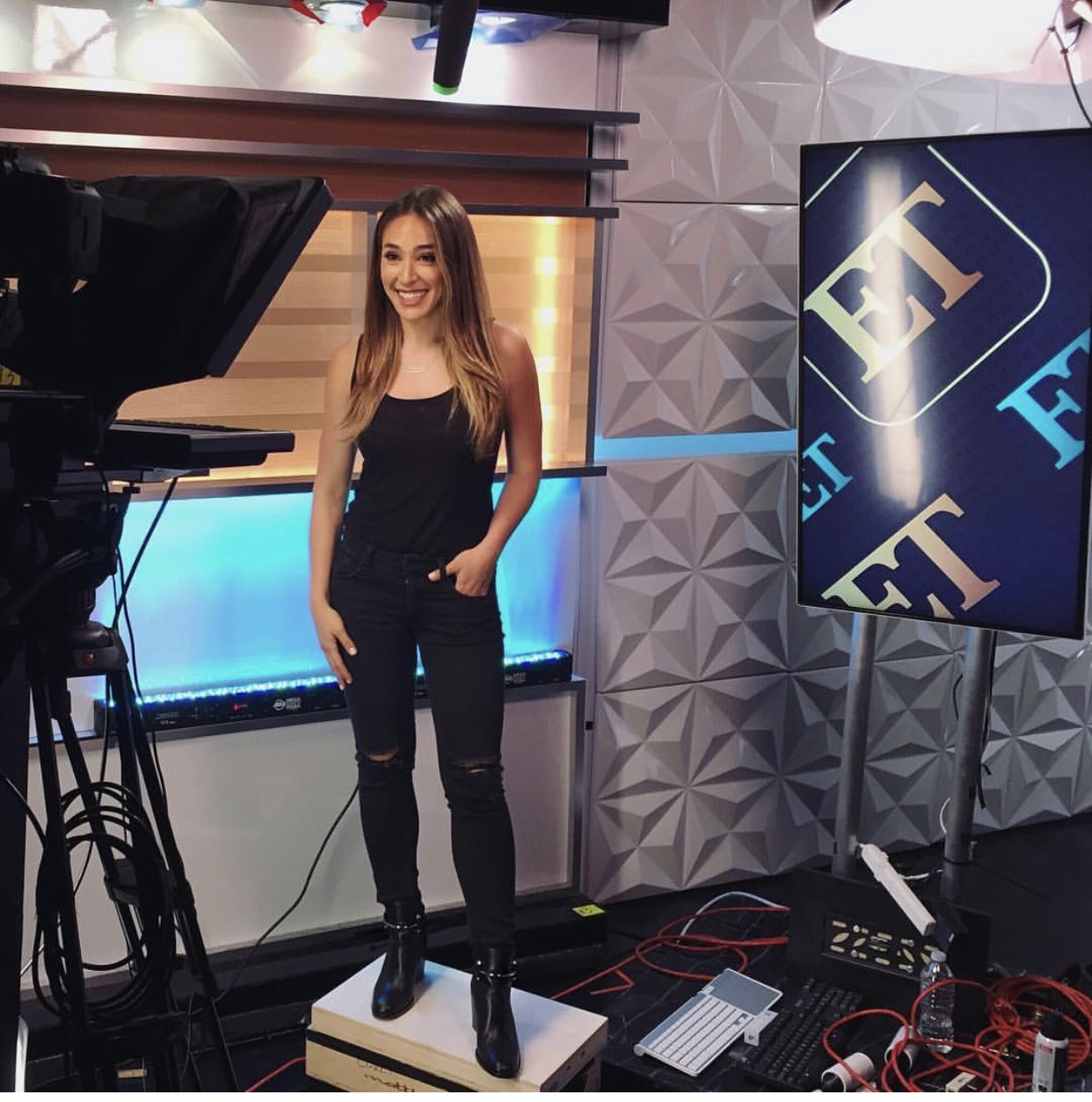 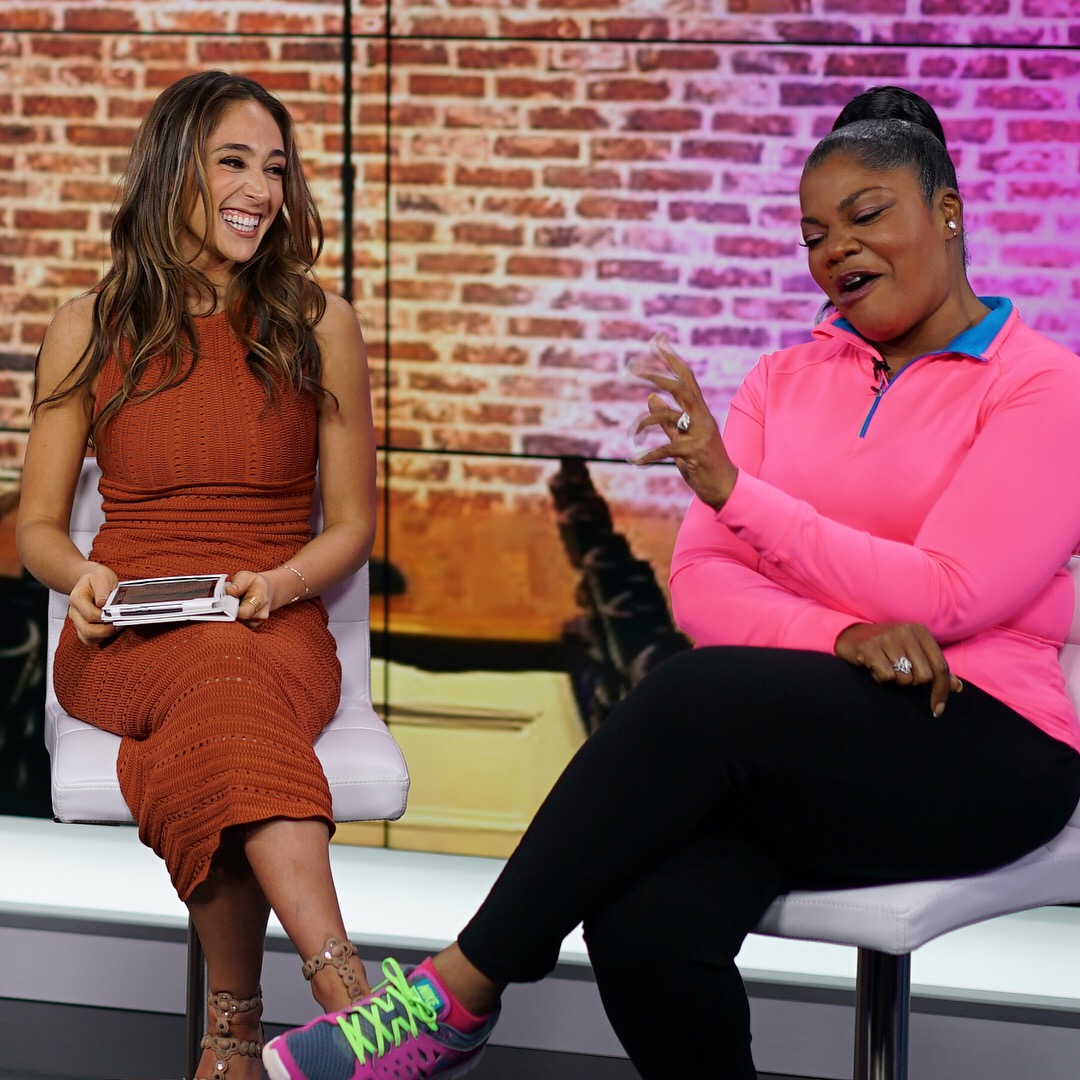 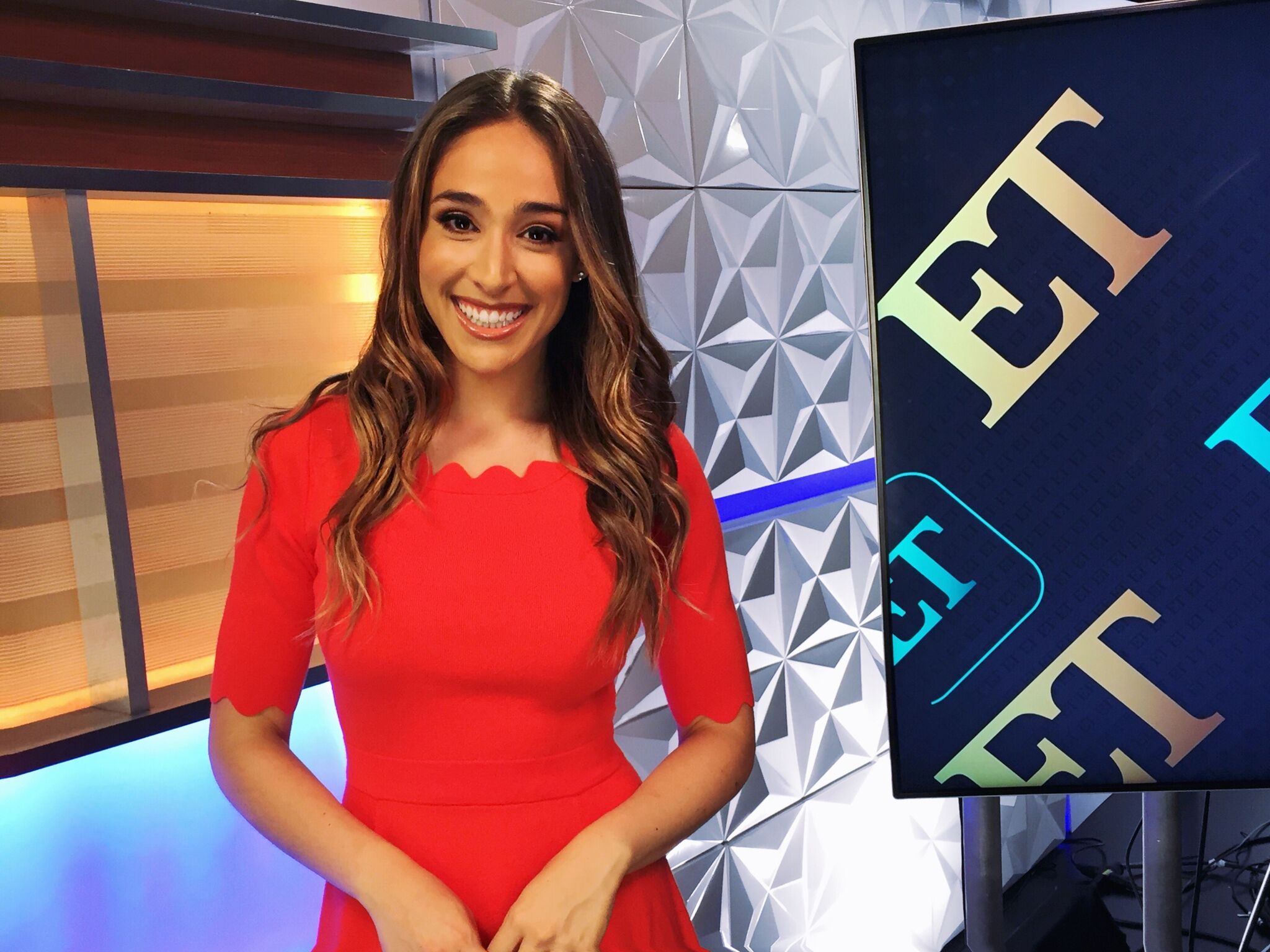 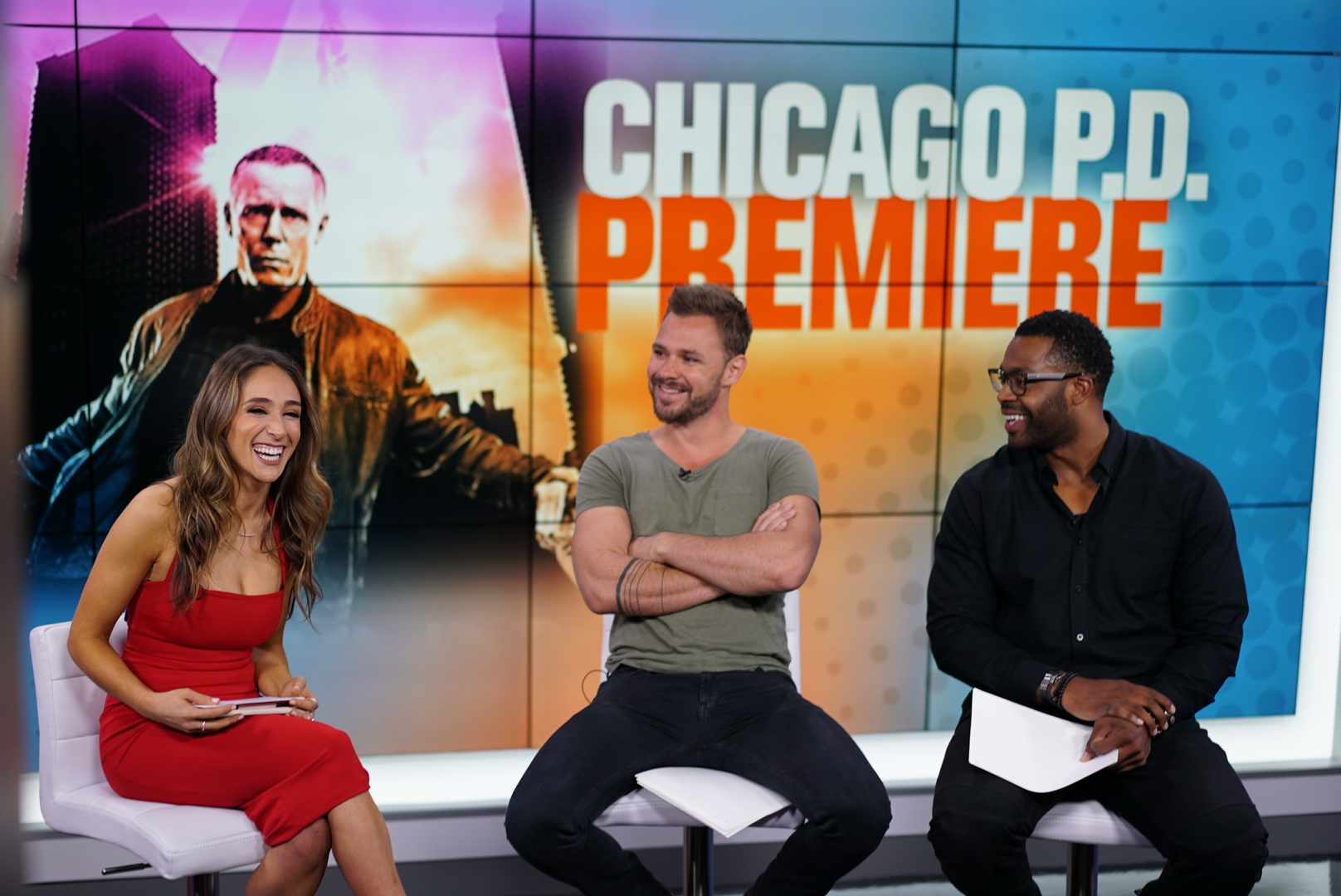 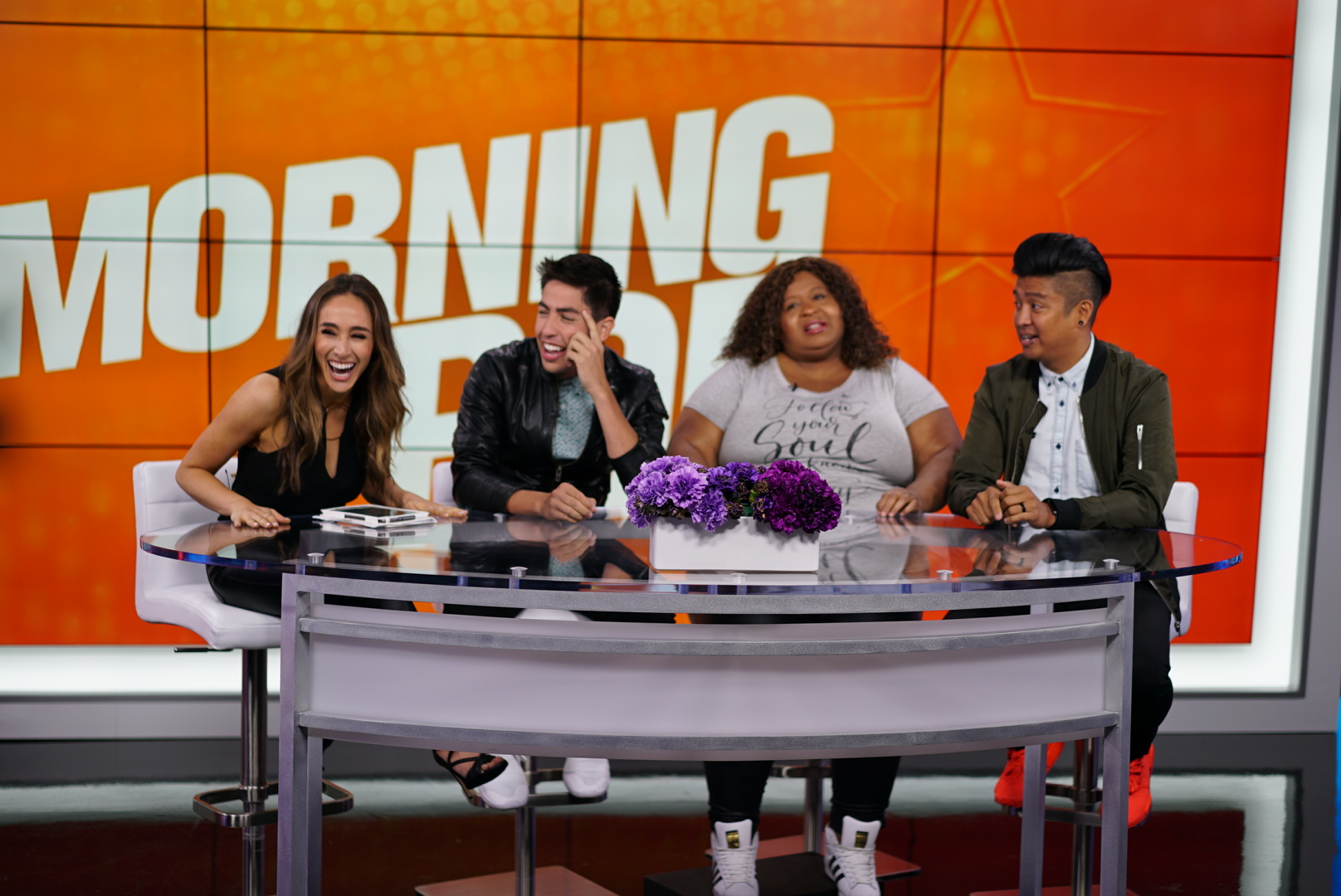 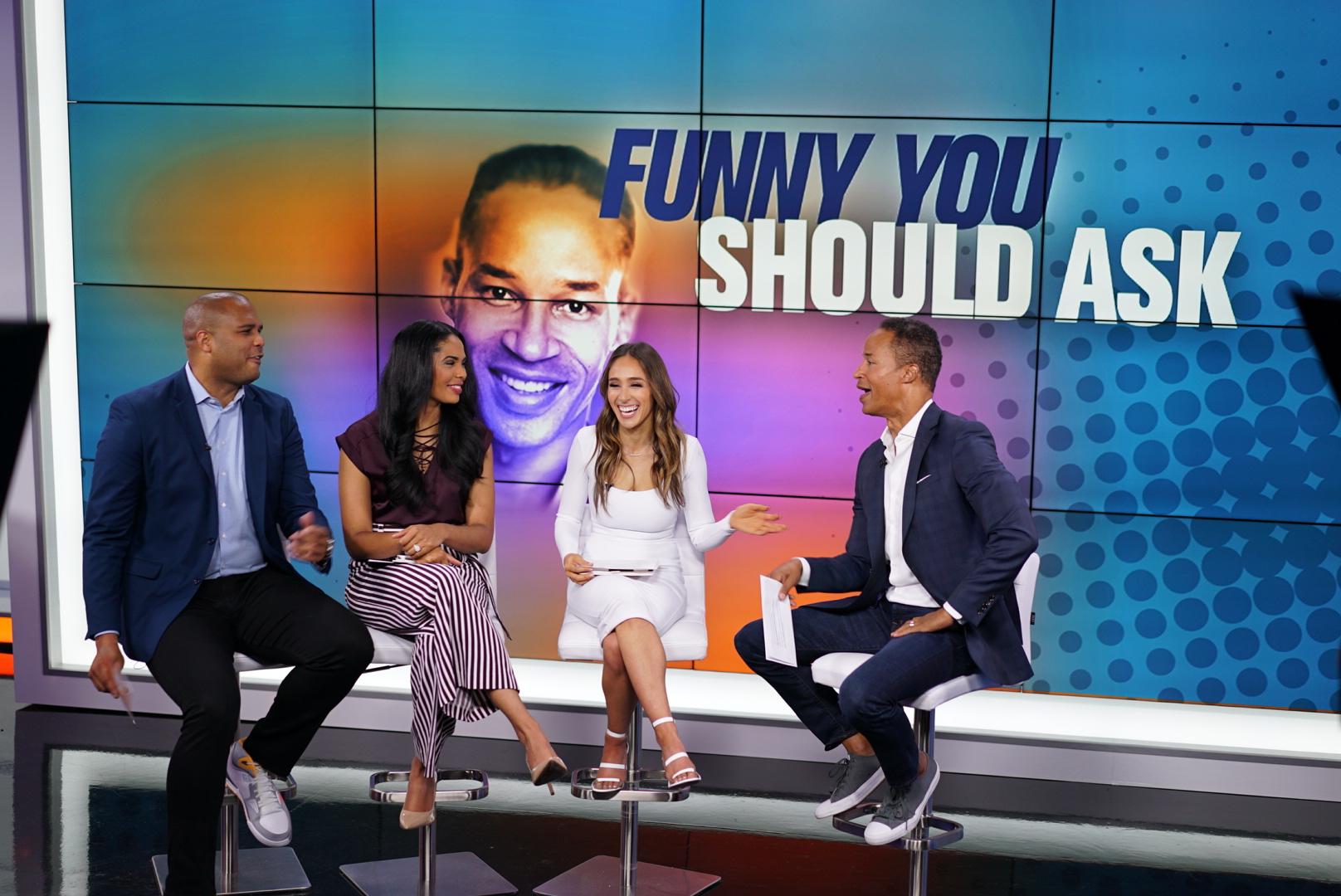 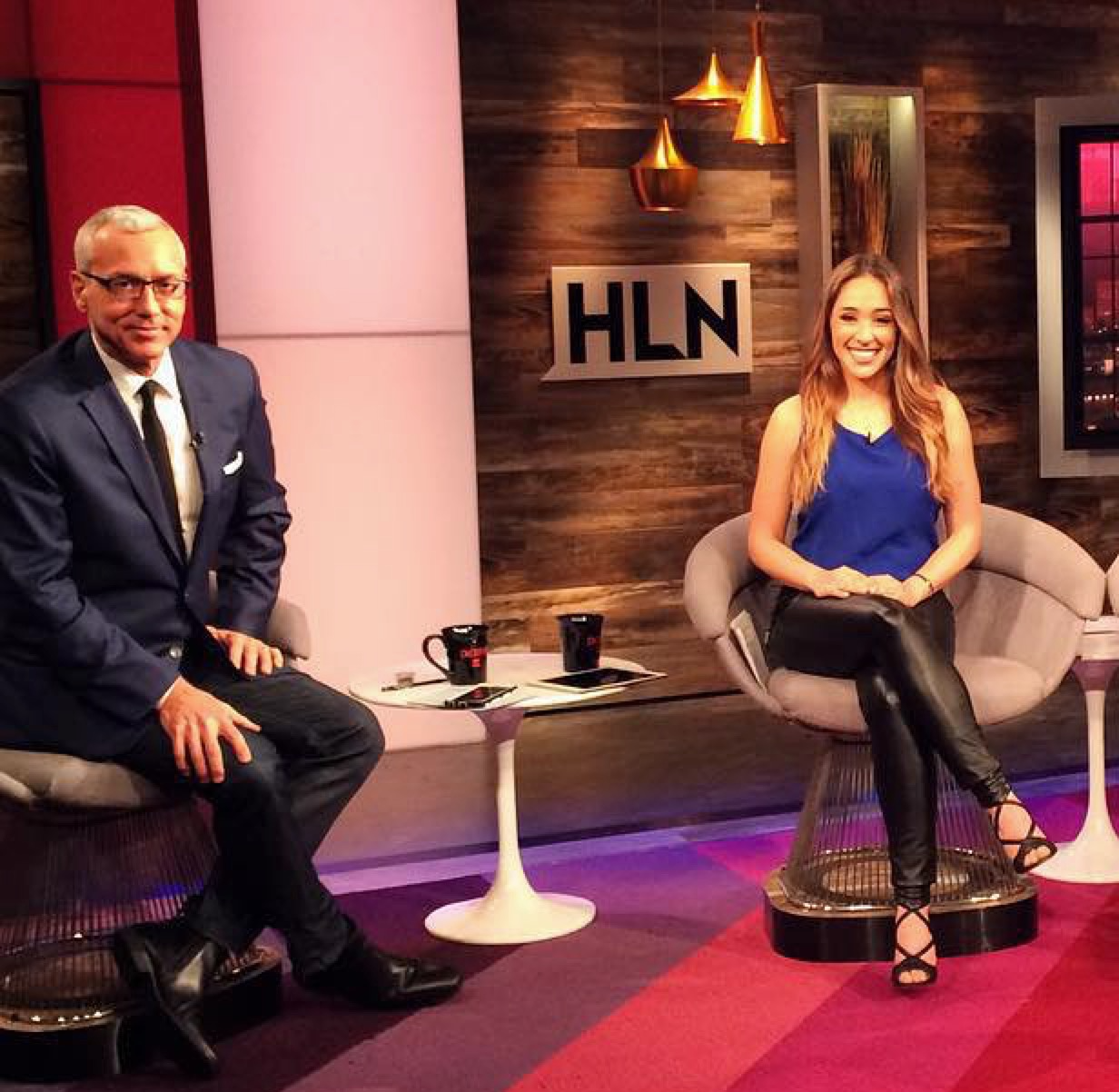 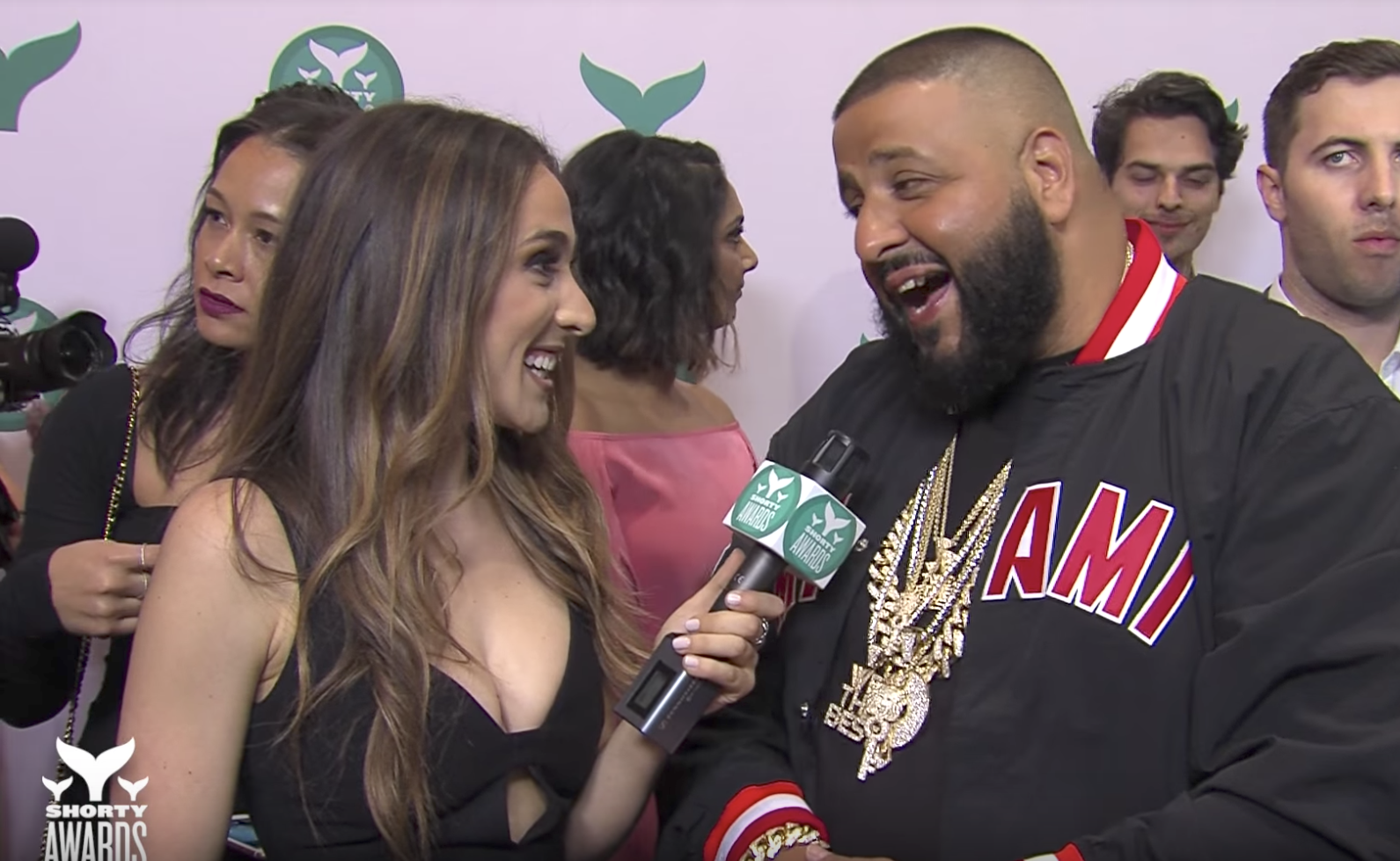