Conversations with the Inspiring Maura Gale 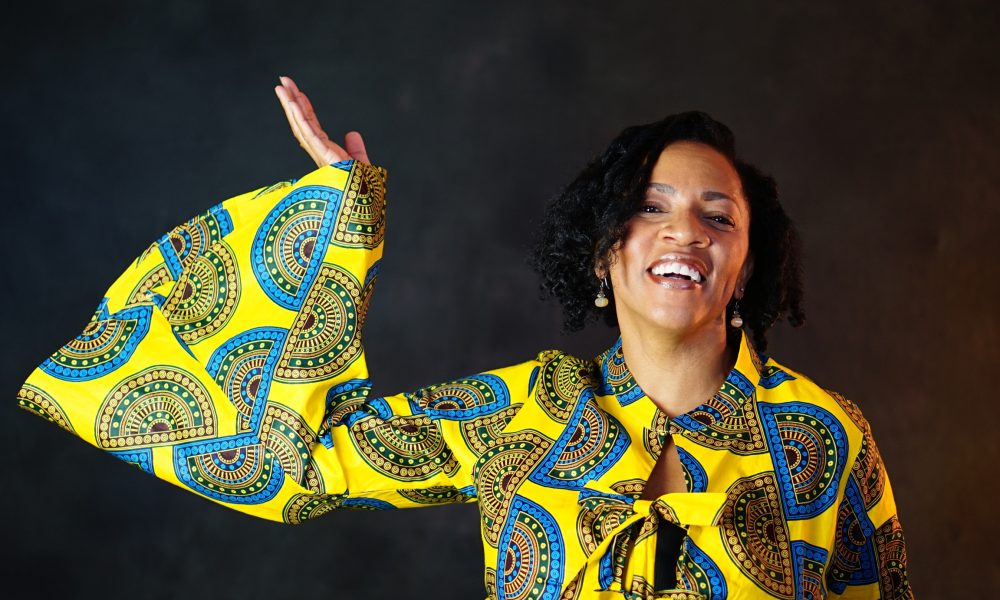 Today we’d like to introduce you to Maura Gale.

So, before we jump into specific questions about the business, why don’t you give us some details about you and your story.
As I look back over my life, I have a sober knowingness inside my soul that the choices I made, the trauma I’ve endured and the optimism I possess have all conspired to create the person I’ve become. I believe everyone has a story to tell, but most people are too afraid or too ashamed to tell it. I’ve been bold enough to peel off my Band-Aid of pain, and (would be) shame to allow my scars, cuts, and bruises to be exposed. By doing so, I believe I’ve assisted others in their healing process.

My journey to becoming an author, entertainer, and evangelist was laced with winding roads of destruction and dysfunction but as the old folks used to say, ”I wouldn’t trade nothing for my journey.”

If I was to title my story it would be: How lies, drugs, and alcohol caused creativity and compassion to intersect. And my book would definitely be in the section marked GRATITUDE in bookstores. The scriptures that encourage and remind me that God has cultivated my pain for purpose are:

James 5:16 Confess your faults one to another, pray for each other that ye might be healed. The effectual fervent prayer of the righteous man availeth much.

Proverbs 18:16 A man’s gifts maketh room for him and bringeth him before great men.

We’re always bombarded by how great it is to pursue your passion, etc. – but we’ve spoken with enough people to know that it’s not always easy. Overall, would you say things have been easy for you?
I went from the ghetto to God and the path I took was laced with lies, drugs, and alcohol. It seemed like a never-ending, bumpy and twisted road at times.

Growing up in the inner city, my surroundings were paved with gray concrete, funny money aka food stamps, and the sobering reality of struggle. The neighborhood consisted of drunkards, drug dealers, hookers, the horrible smell of urine, hot garbage, and musty sweat greeted me daily. My tears and silent screams became the muted soundtrack to my universe within a 12-block radius. I quickly learned how to escape my reality by turning to alcohol, drugs and lying at a very early age. I believed living in a state of ecstasy would erase the pain but instead, it magnified it.

One night while hanging out with my play cousin and under the influence of alcohol and marijuana, I was violently gang-raped by five grown men. I never spoke a word of the incident that took my virginity and scarred me for life because, at the time, I thought it was my fault. Can you imagine a 15-year-old thinking because she was “high” she caused three men to hold her down as one by one, the men took turns having their way with her? It was devastating, embarrassing and unimaginable.

The mindset that followed that incident could have killed me.
The marijuana caused a lapse in my memory and I turned to writing and journaling to try to make sense of my thoughts. I’d write poems and raps about everything I experienced. One of my teachers in high school took notice and I became a rapper on our high school album called “Get Live 83,” I would later win a nationwide rap contest hosted by Kurtis Blow that paid my college tuition.

Romans 8:28 And we know all things work together for good to them that love God and them who are called according to his purpose.

It would be years before I’d penned my first book, an autobiography entitled “Beyond Blessed” (distractions have a name and purpose has a face). It teaches you how to identify distractions in your life so you can walk in your purpose.

So, my advice to those who are in the process of the journey to purpose is: use my scars as a roadmap and never make a permanent decision based on a temporary situation. Whatever challenge or struggle you’re facing today, looks bigger than it is. Trust me, objects in the mirror or in your mind always appear larger. They can be managed with prayer, meditation, and a plan.

Please tell us more about your work, what you are currently focused on and most proud of.
I serve #MauraVation on social media daily and through my creative talents.

I speak, MC and facilitate at events and conferences around the world on a variety of topics such as purpose, overcoming obstacles and pursuing your passion. As an actress I have been blessed to work in the entertainment industry for over twenty years. I have appeared in dozens of commercials, TV shows, voice over projects and feature films. This spring you can catch me on the big screen, playing opposite actor and Academy Award nominee Laurence Fishburne, as the character of Drucilla Christian, in a film entitled “Brother’s Keeper”.  I also have a recurring role on Bounce TV’s salacious drama “Saints and Sinners”.  I have had the unique pleasure of working with many of the best in this business on projects like “Their Eyes Were Watching God” produced by Oprah Winfrey, starring Halle Berry and Terrence Howard.

But in doing all of this I never forget my first love, my ministry. So whenever I can, I tour my one-woman show series entitled “SHE SPEAKS” where I give voice to the pain, tragedy and ultimate triumph of women in the word of God whose stories are often overlooked.

As a producer, I co-produced an award-winning docu-dramedy “Stem the Movement” a.k.a. “Test-HER-monies.” It reveals how shame kept us silent, but courage gave us a voice. It is available on DVD at www.stemthemovement.org. These stories are particulary relevant in this current climate of the #MeToo movement and women coming forward to give their testimonies about everything from the reality of aging, to overcoming the shame of abuse.

I have over 2 decades of experience as Voice Over talent working in commercials, games and new media projects. I’m best known for the voice as Fortune in Metal Gear Solid. I currently host a weekly radio show called “OMG Oh Maura Gale” Radio show Thursday’s at 6 pm CST and it is also available via podcast on iTunes, Google play and the Stitcher app here’s the link to one of the episodes where my husband Pastor January was the guest:

As a recording artist, I perform spoken word from my CD “Ear Candy” and I’m in pre-production working on my next project. In addition to my autobiography “Beyond Blessed”, I author and publish an annual Christian Organizer entitled “Anointed Agenda” available yearly in November. It has scripture and inspirational quotes on every page as well as road maps for writing out your goals. All of my products are available at www.mauragale.com.

What sets me apart from other artist and entertainers is my ability to navigate multiple lanes of my craft while staying on the same inspirational highway. All of my endeavors are not only interconnected but are uniquely designed to ‘MauraVate’ others through stage, film, TV, radio, print, music and social media. I am truly living my dreams out loud and loving the life I am blessed to share with my husband Pastor Jerald January Sr.

Who do you look up to? How have they inspired you?
Oprah Winfrey has been a major inspiration to me because she came from extremely humble beginnings and has not only built an impressive empire but has blazed the trail by opening doors for others to enter a space formerly dominated by men.

Dr. Maya Angelou has served as a source of inspiration for her prolific ability to encapsulate stories by placing thoughts, feelings, and sights into sound. Her stories resonate with all humans of all races because we are all sharing the same or similar experiences.

Michelle Obama because I believe her intelligence, composure, and wisdom helped to ensure the first African American family in the white house was displayed nationally and internationally as a realistic multidimensional representation of a family of color. African Americans haven’t always been portrayed in a positive light in the media but her class and ability to rise above the insults, rhetoric and character assassination was done in pure excellence.

Lastly, my mom, Mary Harrison has been an inspiration to me. Being raised in a single parent household, my mom exemplified an inner strength and independence that I admire to this day. Her ability to persevere against all odds, go back to school while taking care of six kids, working at Cook County hospital full time and then to retire comfortably… has truly been a rich reminder of what’s possible once you give your attention to something greater than yourself. She is definitely one of my Sheroes! 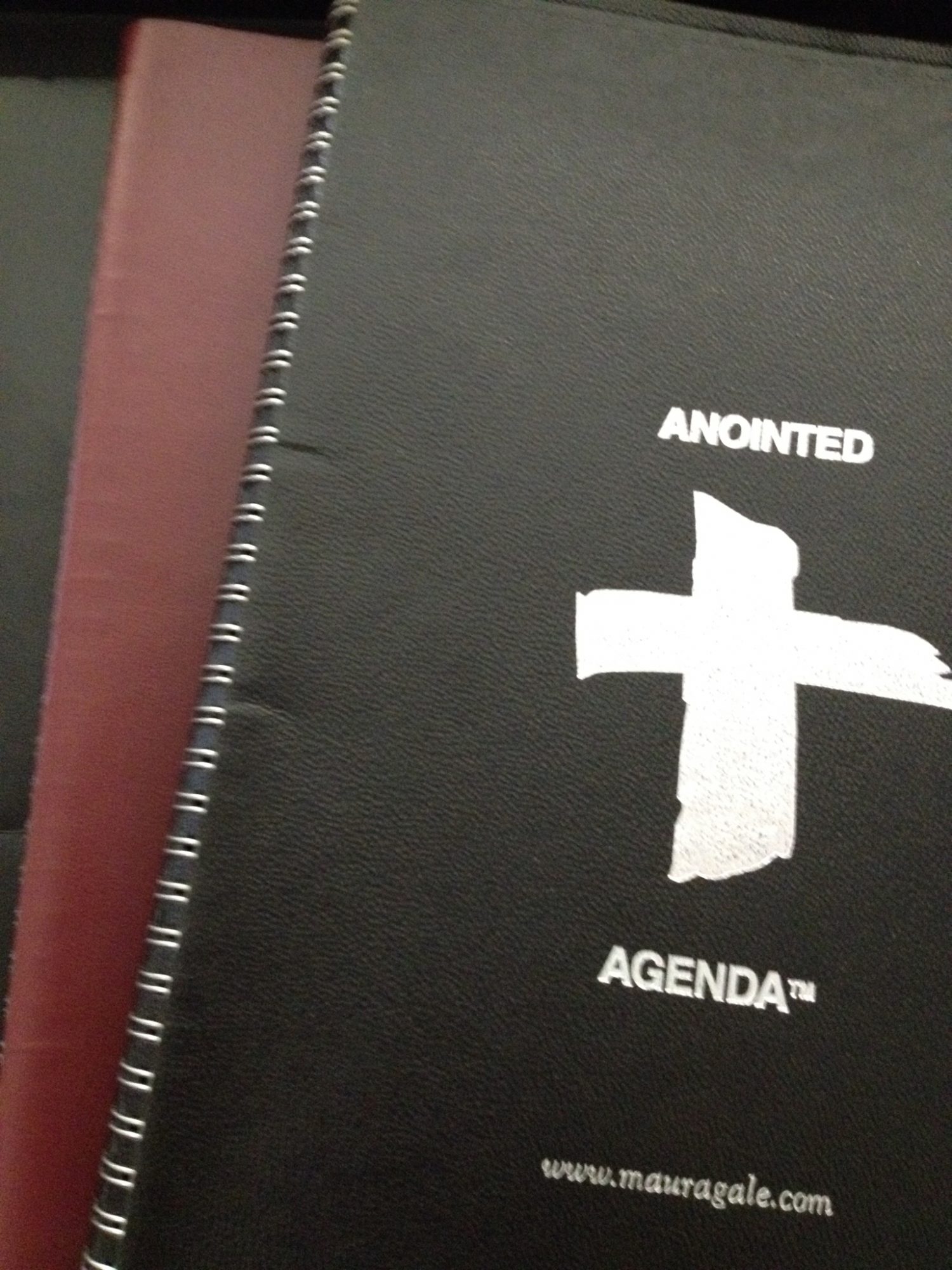 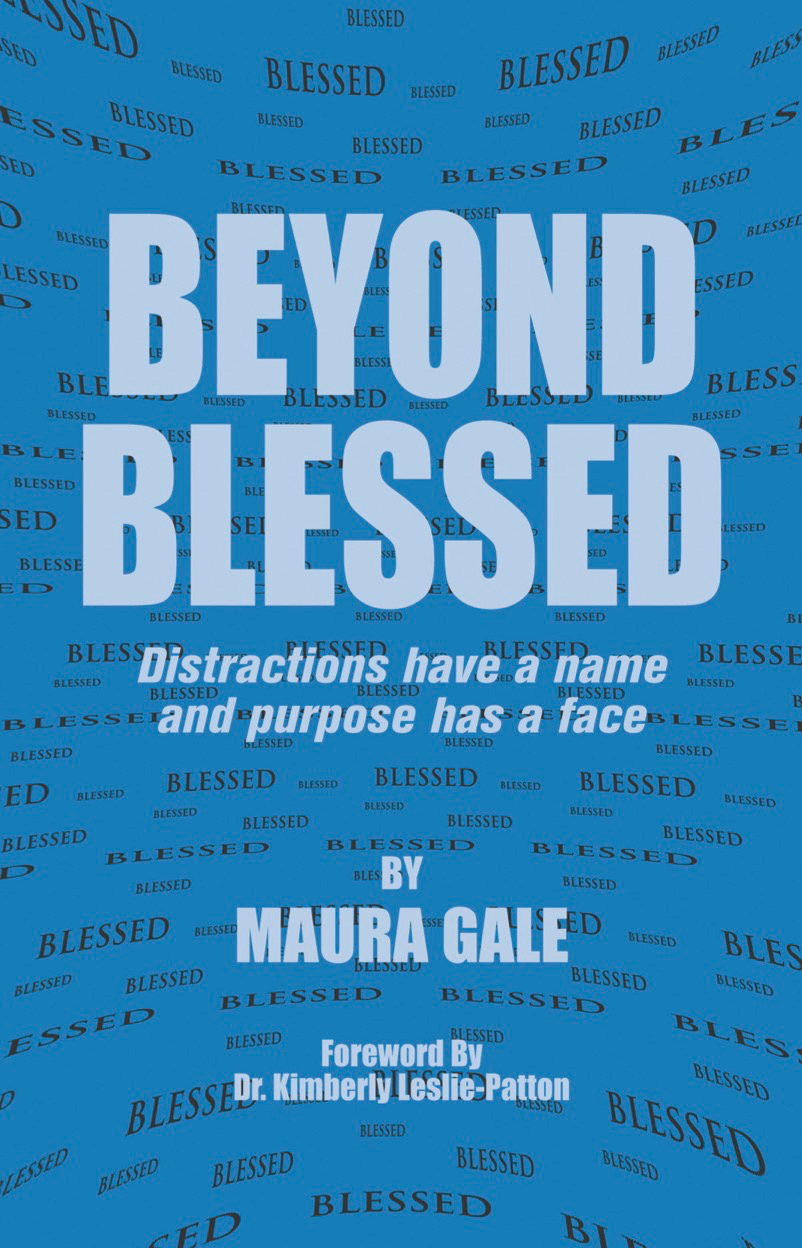 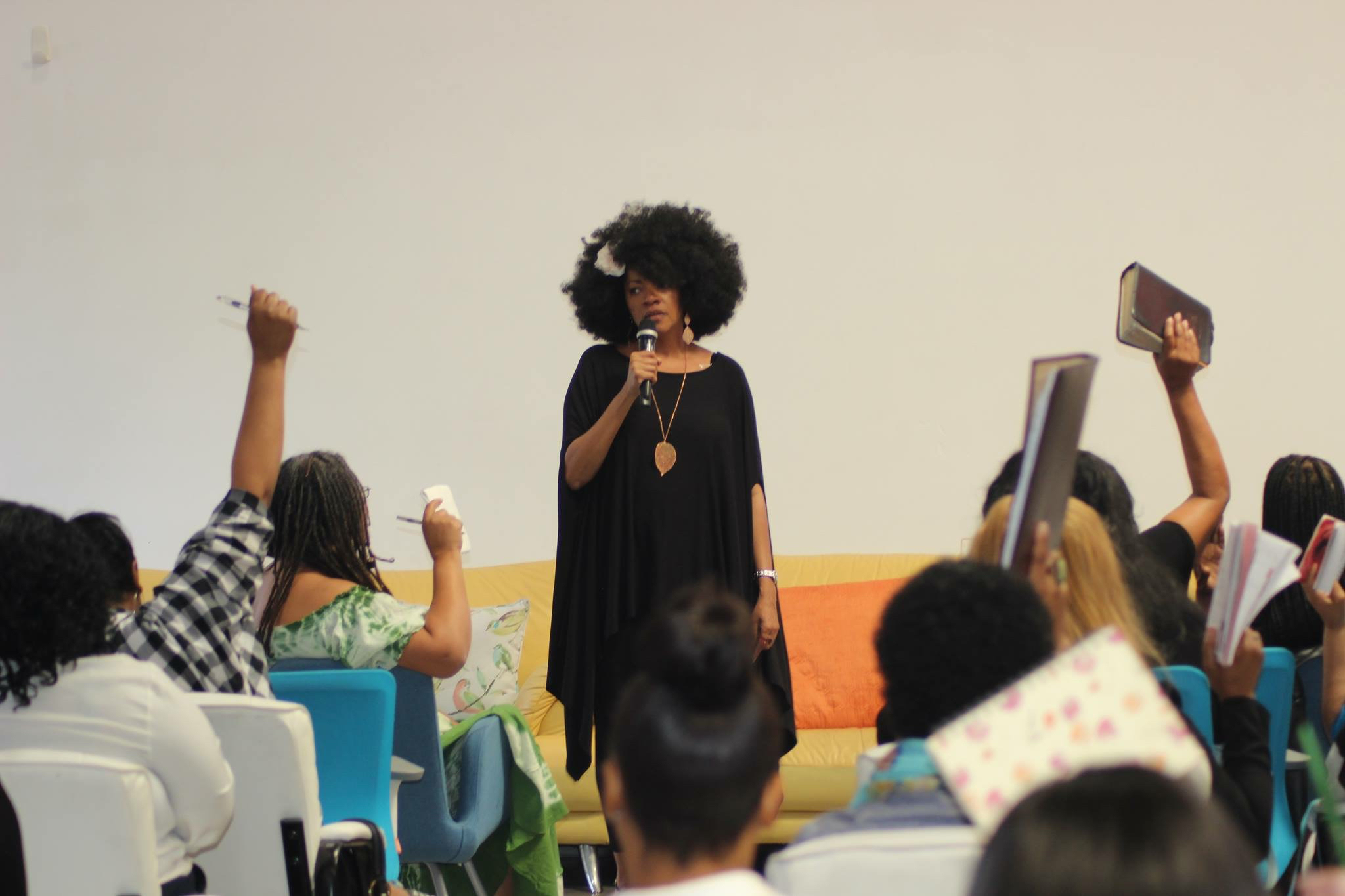 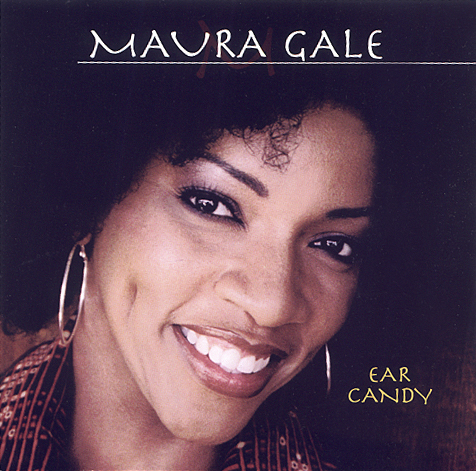 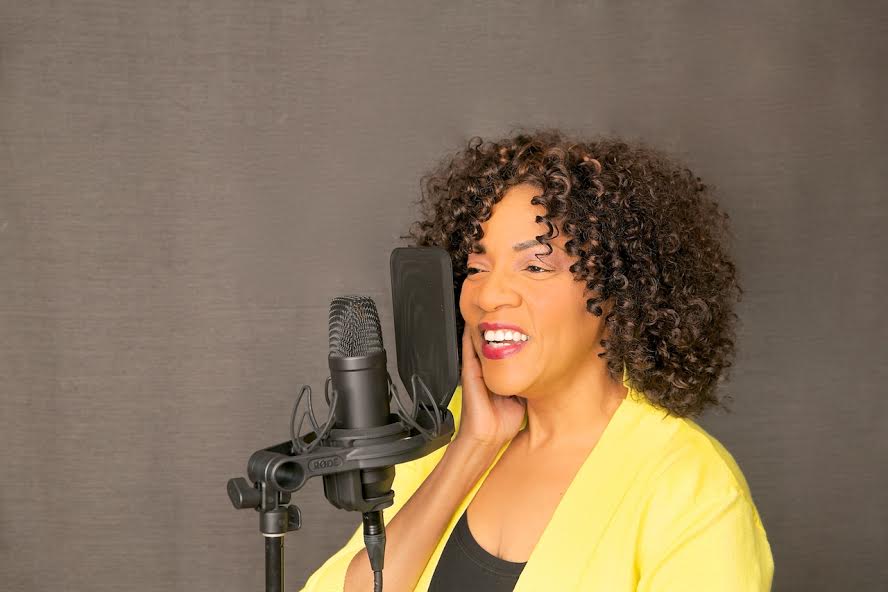 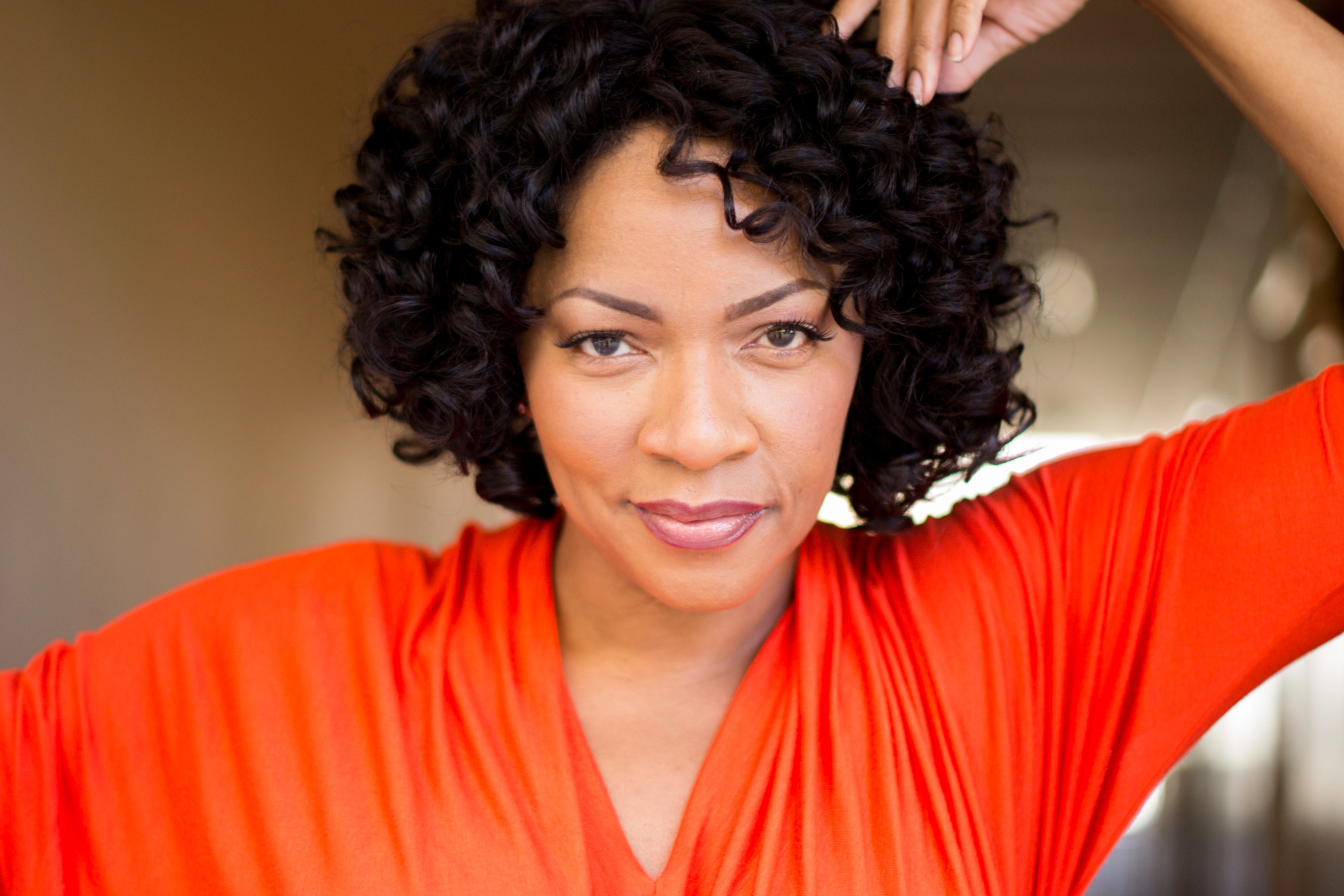 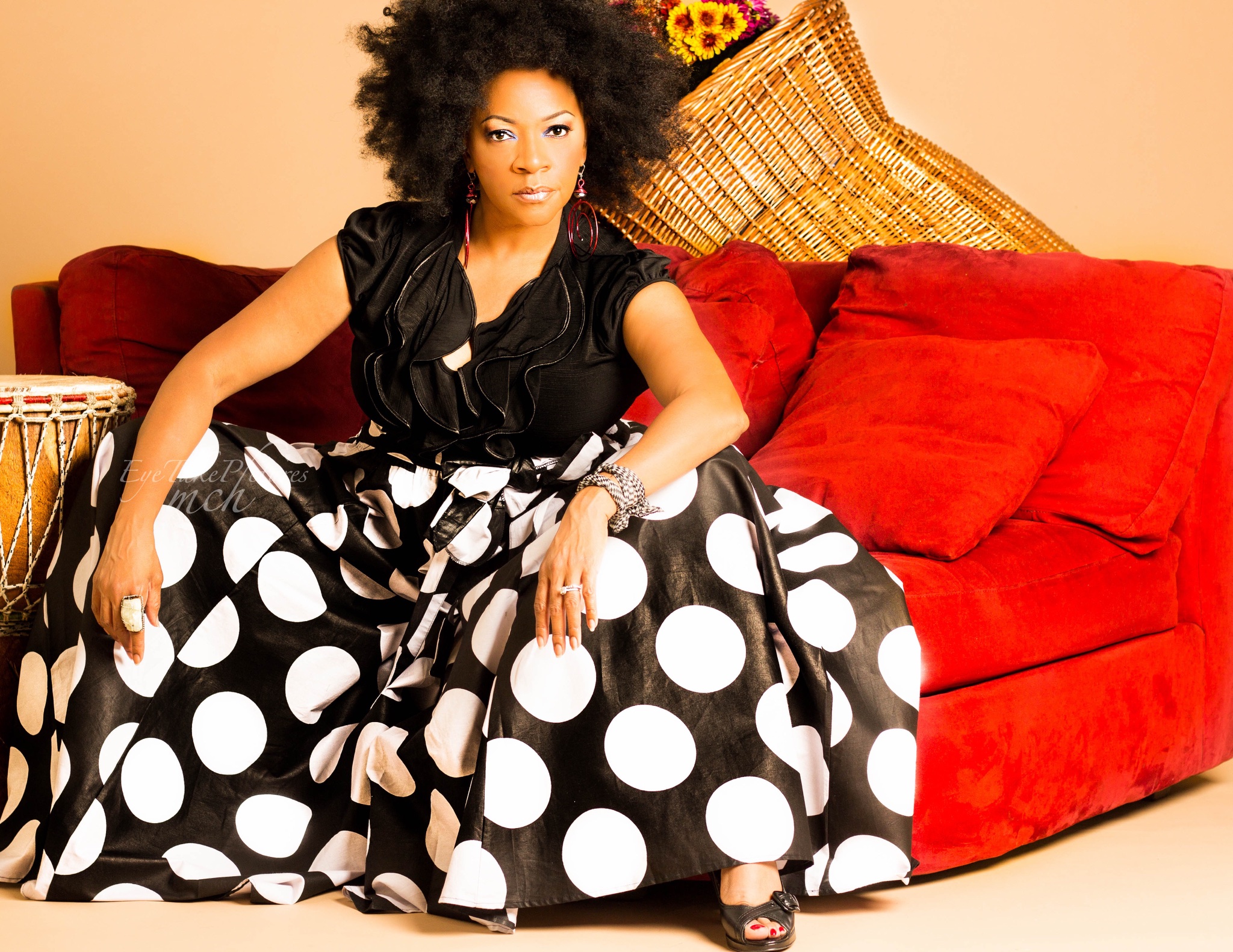 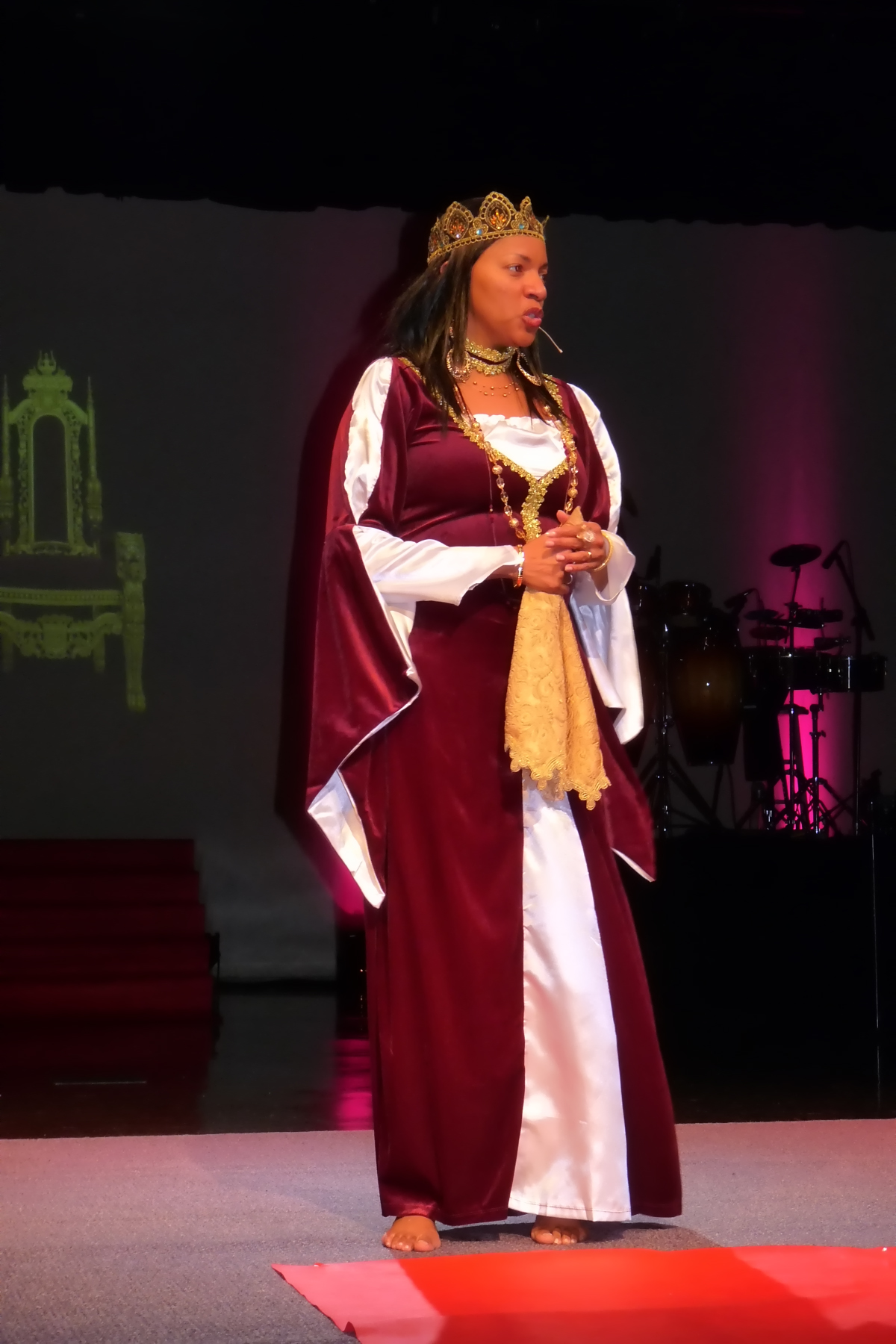 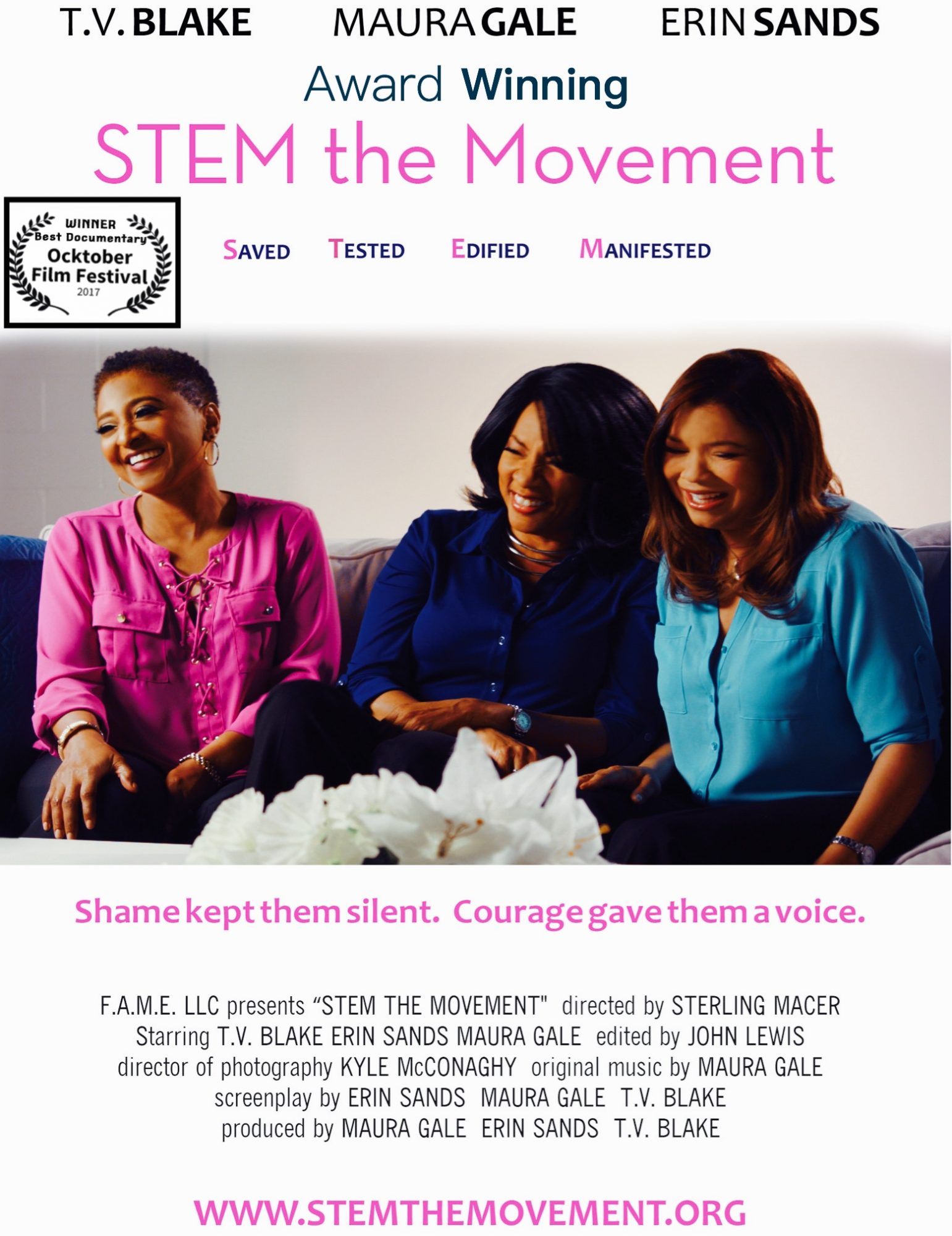 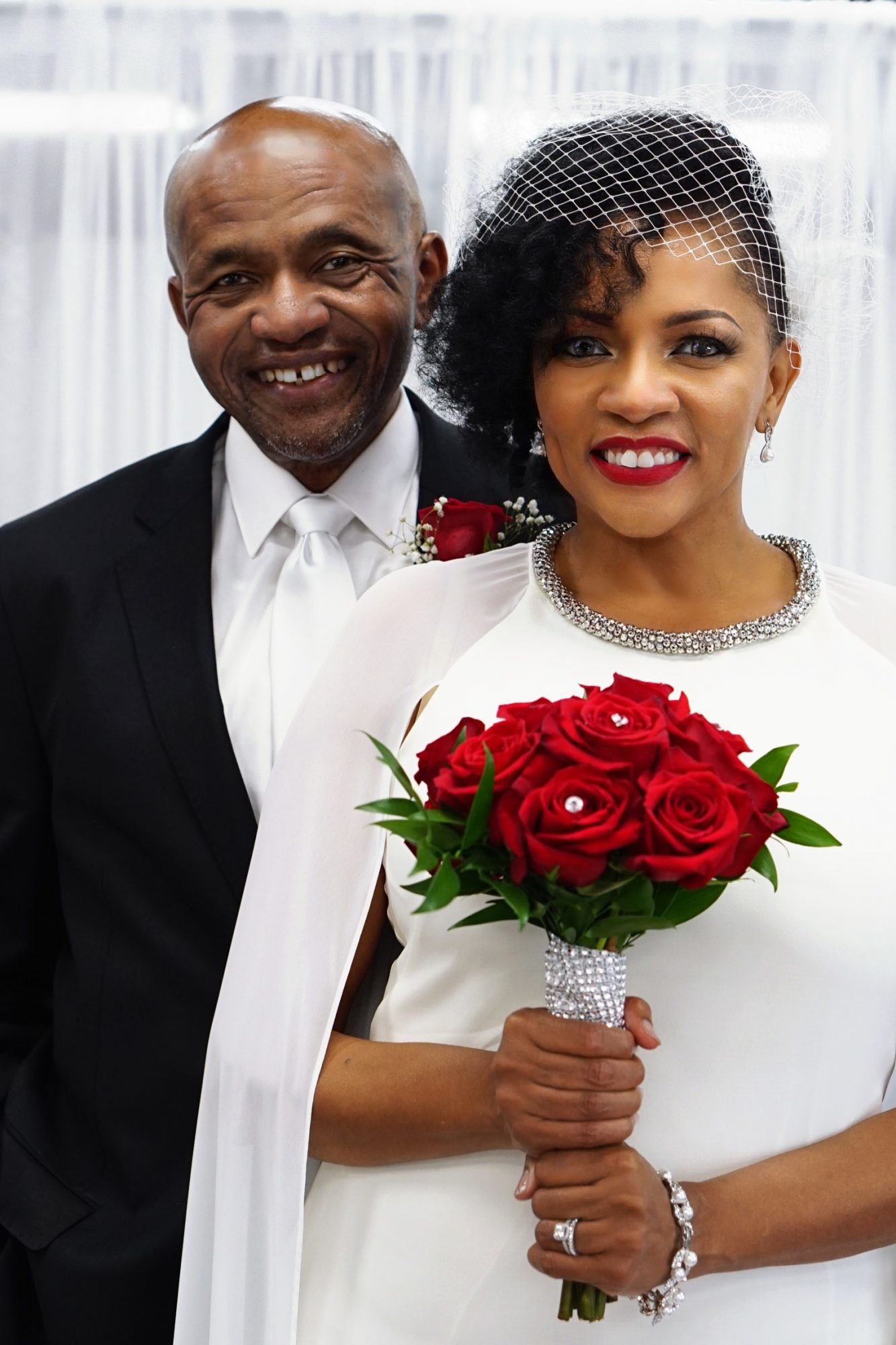